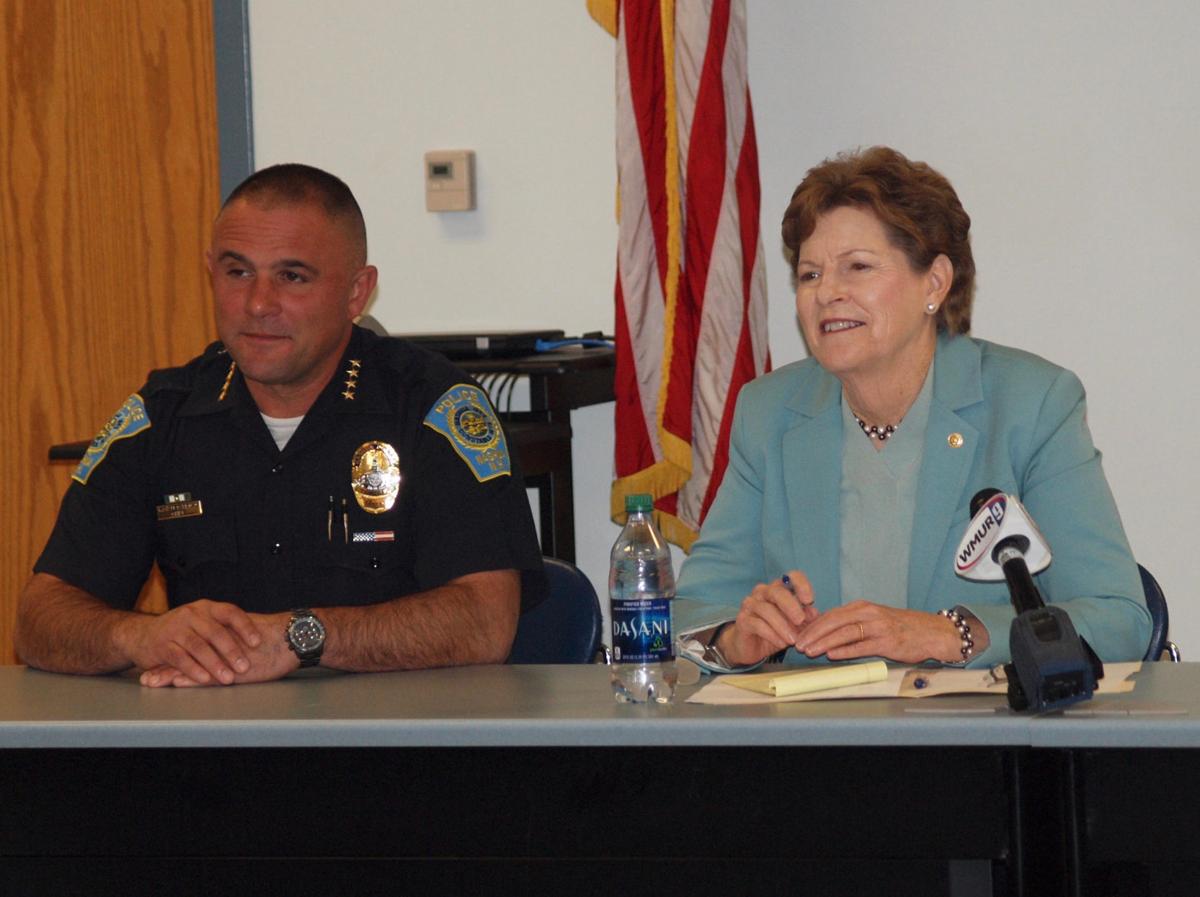 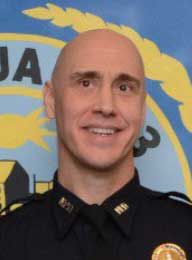 The suicide of Capt. Jon Lehto, a 20-year veteran of Nashua Police Department, in September highlighted a national crisis in law enforcement.

NASHUA — The U.S. Department of Justice for the first time ever in 2020 will collect national data on law enforcement suicides — a crisis that hit home hard four months ago in the Gate City.

Although Blue H.E.L.P., a nonprofit group based in Massachusetts, has tried to keep track of reported suicides by active duty and retired police officers throughout the country, the actual number of suicides remains unknown.

“I was horrified to hear that we lose more police officers in suicide than in the line of duty, and I know other members of the public will feel the same,” said Sen. Jeanne Shaheen on Friday.

Shaheen has added $5 million to a bipartisan appropriations bill for the Law Enforcement Mental Health and Wellness Act, of which $3 million will be provided in grants for state and local law enforcement agencies to improve mental health services, train to reduce the stigma of officers seeking help and create programs to address repeated exposure to stress and trauma.

In addition, a bill that became law last month requires that the DOJ collect national data on law enforcement suicides, which Shaheen said will help individuals understand the scale of the problem.

“It does concern me. I think, like anything else, the more we know, the more information we have, the better we can respond,” said Shaheen. “We need to bring this issue out into the open and not view it as something people should hide. Mental health is an issue that everyone deals with.”

So far this year, two law enforcement officer suicides have already been made public and reported by Blue H.E.L.P.

With the DOJ now keeping accurate statistics, a preliminary report is expected to be available within 90 days. That report will also review law enforcement mental health and wellness programs and the effectiveness of peer responder programs for law enforcement, according to Shaheen.

In New Hampshire, there is a support network that has been in place for the Nashua Police Department and other law enforcement agencies that include management teams designed to debrief officers handling traumatic cases.

Those 24 members of the team also offer one-on-one peer assistance, while other resources such as volunteer professionals are available for counseling.

“We are hearing that has been very effective, but there just isn’t enough of that kind of support,” Shaheen said of the peer programs. The new data will be used to determine how effective training programs are, whether more training or peer support is needed and what else can be done to assist police.

The goal is to gather more information, which can be used to make informed decisions to help police as suicide rates increase, the senator said.

“We really have to do more,” Shaheen stressed.

The requirement for the DOJ to collect national data on police suicides comes just four months after Capt. Jon Lehto, a 20-year veteran of the Nashua Police Department, took his own life.

Rather than silence, the Lehto family and the city’s police force went public to spotlight the tragic national trend.

“In my personal opinion, it is important to acknowledge this and recognize that people are suffering. We are trying to be respectful, but also understand that by not shedding light on this, it could do more harm than good,” Chief Mike Carignan said at the time.

Being honest about how Lehto’s suicide has impacted the city’s police force is a critical piece of the healing process, the chief said.

Weeks after Capt. Jon Lehto of the Nashua Police Department died by suicide, representatives from several police departments gathered Tuesday at the Nashua police station to discuss the high risk of suicide among first responders.

NASHUA — Two weeks after a city police captain took his own life, officials have announced the formation of a suicide prevention task force.

NASHUA — More police officers today are dying by suicide than in the line of duty, a recent study found. But the way police departments addres…

NASHUA — Although the reasoning behind his death is still not clear, the city’s police chief said Thursday that Capt. Jon Lehto committed suic…

CONCORD — The ACLU of New Hampshire filed an emergency federal lawsuit Friday seeking an expedited hearing for a Guatemalan man seeking release from federal immigration detention due to concerns of contracting COVID-19 in jail.

CONCORD — The state’s criminal defense lawyers appealed to state administrators Thursday in the wake of the COVID-19 crisis to release from juvenile detention all offending youths who pose little risk to public safety.

Local food pantries need all the help they can get, said Nancy Mellitt, development director of the New Hampshire Food Bank. Donations have plummeted, even as more families need help putting food on the table.

With essential workers in desperate need of babysitting services, some YMCA facilities across the state are offering child care to ensure that doctors, nurses and first responders can do their jobs without worrying about their children.

City Matters: A cold night, a warm cot, a new hand for the homeless

City Matters: A cold night, a warm cot, a new hand for the homeless