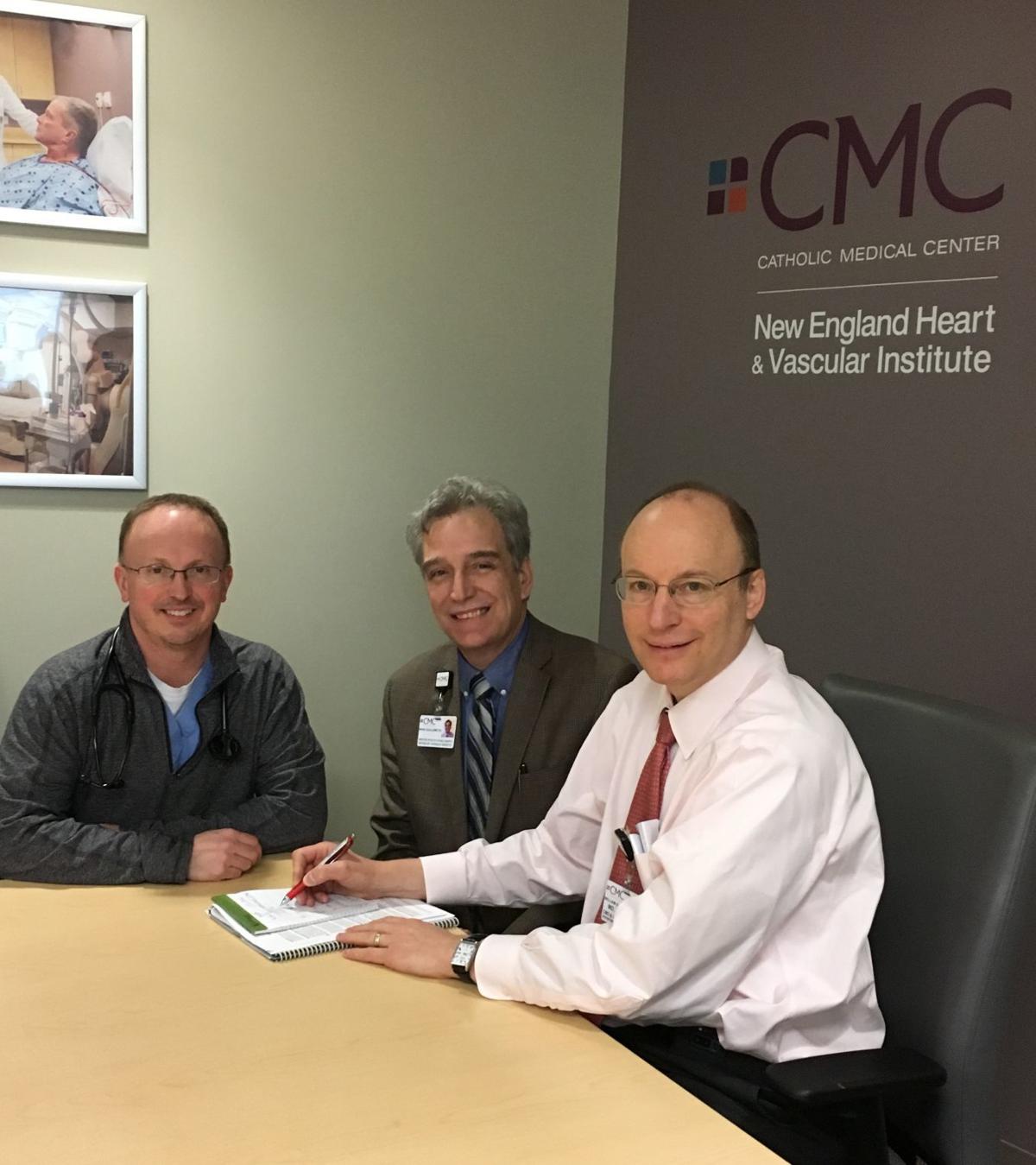 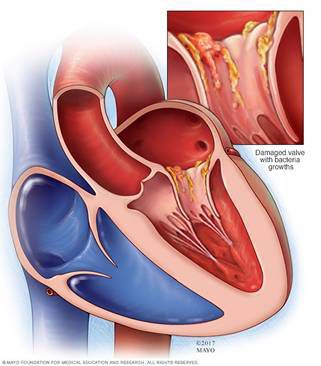 MANCHESTER —The patient was just 18 and seriously ill when she came to the emergency room at Catholic Medical Center in the summer of 2015. Tests showed she had endocarditis, a dangerous infection of the lining and valves of the heart.

Five weeks later, she was dead from an overdose.

“That’s around the time we realized the easy part was fixing the valve,” recalled Dr. William Goodman, chief medical officer and vice president of medical affairs at CMC. “We had to do the most we could for those patients; we had to make sure we were exhausting all alternatives.”

Injecting drugs can introduce contaminants into the bloodstream, leading to dangerous growth of bacteria that can damage the valves of the heart. As the opioid epidemic was taking hold in the city and the state, more and more drug users were coming to NEHVI with endocarditis, in need of multiple valve replacements — at the cost of about $275,000 per surgery.

Most of these patients were young, and should have been healthy, Goodman said. But too many were dying — not from surgical complications but from drug overdoses later on. “We realized there was probably a better way to do it,” he said.

The solution lay in helping these individuals find and maintain recovery, Goodman said. “All the medical professionals were saying if they remain sober, they decrease their chance of another infection so they don’t need a second or third valve,” he said. “We knew we had a moral responsibility to help them do the best they could to achieve sobriety.”

CMC has since adopted clinical guidelines for the care of patients whose intravenous drug use has led to life-threatening infections. And its multi-disciplinary approach is attracting attention from hospitals around the country, Goodman said.

Marc Guillemette is director of Catholic identity at CMC; he serves on the ethics committee that developed the new guidelines, which were adopted in June 2017. His first ethics case back in 2012 involved a patient who was an IV drug user and who needed a third valve replacement, he recalled. “I thought this was a once-in-a-lifetime,” he said.

In 2018, 53 of the 95 inpatients treated at CMC for endocarditis also were diagnosed with opioid use disorders, according to hospital data; nine patients with both conditions also came in through the emergency department.

Seven people with opioid use disorders had heart valve replacements at CMC last year; the year before, there were six and in 2016, there were 12.

The point of adopting new protocols wasn’t to deny care, Goodman said. “We weren’t developing these guidelines to find an excuse not to treat people,” he said. “We wanted to figure out the best way to use our resources and take care of our patients.”

Goodman had contacted other heart centers, but none had written policies for performing valve surgery on patients with IV drug use. But there was one medical model that seemed analogous, he said: liver transplants. “For someone who has alcoholism, we don’t just give them a new liver without treating them,” he said.

So Goodman contacted liver transplant centers and learned that most had a “hard and fast rule,” he said: six months of abstinence and remission before surgery.

The medical team at CMC had one clinical advantage: Most endocarditis patients would be in the hospital for six to eight weeks, on IV antibiotics. And that offered an opportunity “to help this person achieve recovery so they improve their long-term health outcome,” Guillemette explained.

A multi-disciplinary team that includes specialists in addiction medicine, psychiatry, infectious disease and cardiology, as well as a social worker and recovery coach, now consults on each case, connecting the patient with addiction treatment and other social services.

If a person’s condition is life-threatening, the surgery is done immediately, Goodman said. “We keep them alive to give them a chance to get into recovery,” he said.

But sometimes, the best care means postponing surgery, putting someone on antibiotic therapy and getting the patient into drug treatment.

If someone has terminal cancer and is expected to live only a short time, no one would contemplate heart surgery, Goodman said. Likewise, he said, “These patients have IV drug use that places them at risk of a high rate of death in a short period of time, so why put them through surgery if they can get by without it?”

Dr. Jonathan Eddinger, a CMC cardiologist, said after the guidelines were first adopted, some patients apparently were hearing on the street that they would be denied heart valve replacement if they admitted to using drugs. He said doctors make it clear to patients that that’s not the case.

“There’s no judgment,” he said. “It’s not a moral discussion. It’s just we’re trying to do the right thing for the patient and not expose you to surgery that might harm you.”

CMC’s guidelines begin with this statement: “In principle, valve replacement should be provided to those who benefit from it, regardless of the mechanism of valve infection.” They stress the importance of recognizing and promoting “the human dignity of all patients,” and the Catholic obligation to serve “those whose social condition puts them at the margins of society,” including those with substance use disorders.

The guidance outlines how to set up care plans, what kind of social services should be brought in, and when to impose abstinence requirements, which must be based on medical indications, not imposed as a “moral test.” If abstinence is indicated, the medical team will develop a written treatment agreement for the patient, including a plan for comprehensive follow-up care, toxicology screens and treatment services.

But it also states that valve replacement can be limited if “the procedure is likely to cause more harm than benefit to the patient” — or if “the financial or medical resources of the facility are such that the replacement would limit or harm the treatment of other individual patients and/or the common good.”

Guillemette said CMC has never made the decision to not do valve replacement surgery for financial reasons. And, he said, “I want to make it very clear: We never anticipate, nor have we ever done that.”

CMC’s ethics committee also chose not to set a limit on how many times such surgery will be performed, he said. When CMC’s team asked other hospitals if they had such limits, he said, none had written policies “but the unspoken one was ‘one and done.’ ”

Most patients with opioid use disorders who have been treated for endocarditis at CMC in recent years were covered by public insurance. Last year, 77 percent were on Medicaid and 17 percent on Medicare; just 2 percent had private insurance and 2 percent were self-pay, according to CMC data.

Guillemette said some patients decline the offered help, and don’t return for treatment despite repeated efforts to contact them.

But they’ve seen success, too, Goodman said. “We have people come back clean, have surgery and do well,” he said.

The conversations around the ethics of caring for IV drug users have brought another change, Goodman said. “Many of us realize we’re at the end of the line, treating an addiction problem with surgery, which is too far downstream,” he said. “The rational thing to do is go upstream and capture people before they get this sick.”

So, he said, “We’re now screening everyone who walks in the emergency room and asking them directly if they misuse opioids,” he said. And if the answer is yes, the patient is offered medication-assisted treatment right then and there, and connected with other treatment services.

Eddinger said he finds most patients feel “empowered” by CMC’s new approach. “They’re not feeling abandoned,” he said. “They feel there’s a plan in place for them to keep moving forward.”

“Some of them have never had anyone say, ‘Can we help you quit this thing?’ ” he said. “For some, it’s the first time.”

Physicians also feel better about how they’re treating these individuals, Eddinger said. “Now I feel the patient’s getting more complete care before they’re heading out the door,” he said.