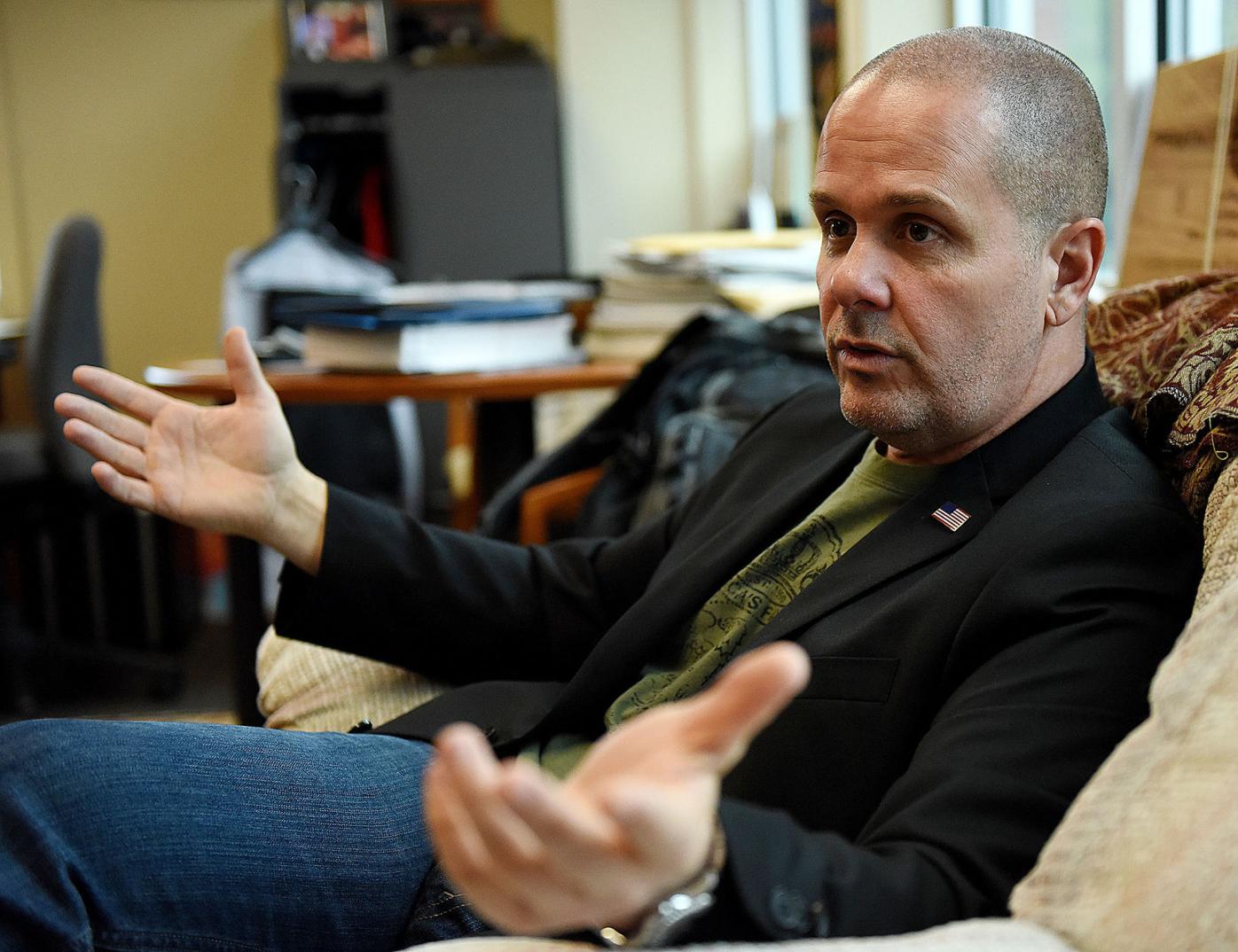 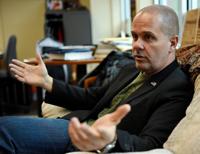 Jon DeLena, associate special agent in charge of the New England field division of the DEA, says the drug cartels have pushed crystal meth into the spotlight. “This was a cartel-driven decision. They are the ones that jammed this product onto the market and pushed it out and have now found a willing user for it.” 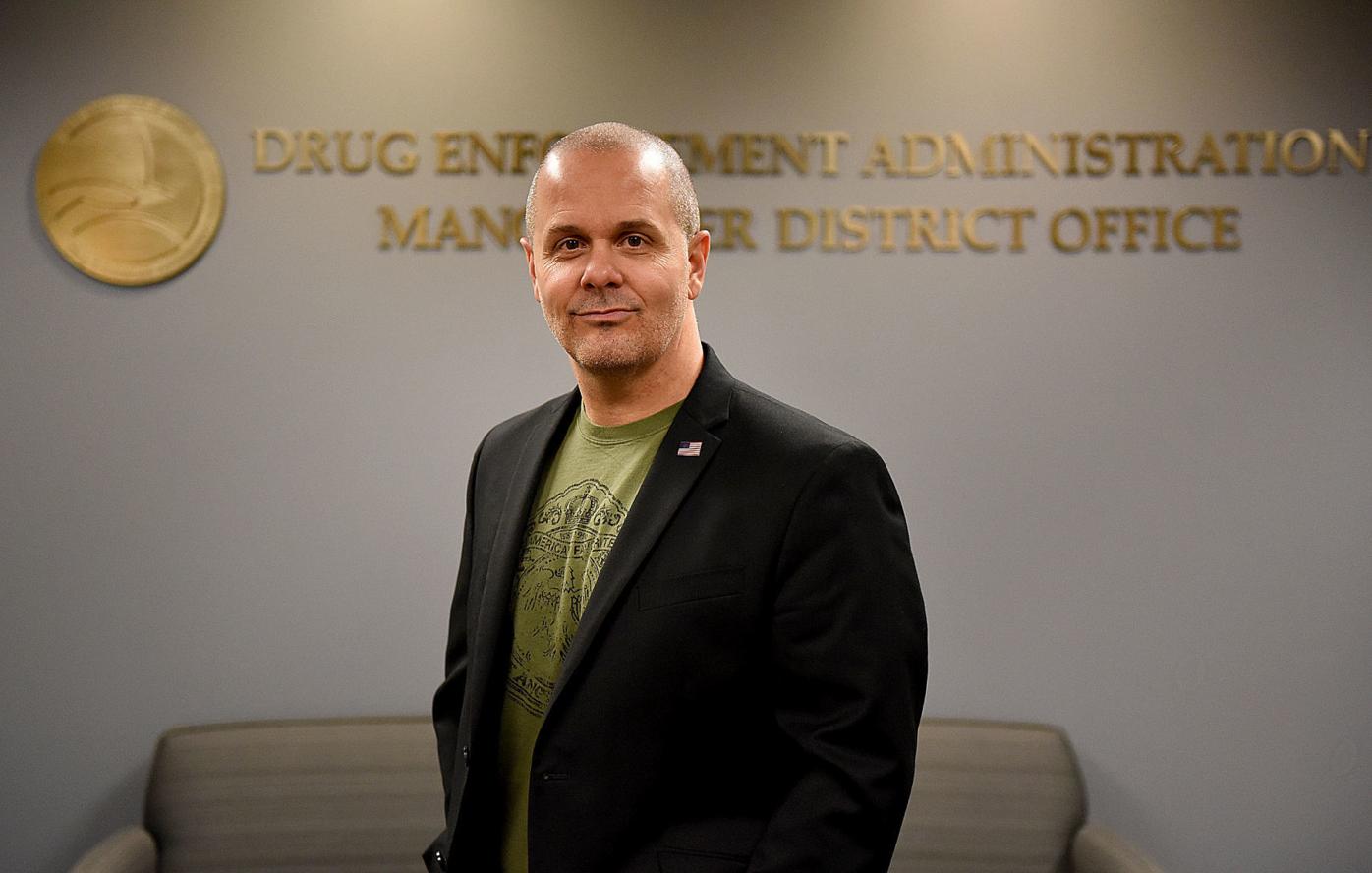 DEA Associate Special Agent in Charge Jon DeLena says prevention is as important as law enforcement to winning the battle against drug abuse.

In the early 2000s, Jon DeLena was working as an undercover narcotics agent for the Drug Enforcement Administration in South Florida, targeting the notorious cartels that were selling cocaine north of the border. It was dangerous work, but it was also thrilling, he says.

But something else was starting to happen back then. Pain clinics “were everywhere, popping up on every street corner and strip mall in South Florida,” he said. “You’d have 500 people lined up every day.”

“The lines were controlled by unethical security guards who were running the places,” he recalled. Paying $250 got you a place in line; $500 got you a “fast pass” that moved you to the front of the line, “just like Disney,” he said.

No one realized it at the time, but they were watching the beginning of what would become the nation’s opioid crisis, DeLena said.

Today DeLena, 49, is associate special agent in charge of the New England field division of DEA, overseeing agency offices and operations in the six states. But these days, you’re as likely to find him surrounded by high school students, working with them on strategies to prevent the next generation from falling prey to addiction in the first place. He urges them to be “upstanders,” not bystanders, in that fight.

“DEA focuses on the highest level violators. But we also need to be having conversations with our kids,” said DeLena, who has three children, ages 21, 18 and 8. “Prevention is a long-term solution to a problem that A) is kicking us in the face every day, and B) people want solved tomorrow.”

What scares him most right now, DeLena said, is a sudden influx of look-alike pills to New Hampshire communities. The cartels and even local dealers are using “pill presses” to manufacture pills, labeling them with the names of prescription medications such as Adderall and Xanax, he said. But they actually contain the deadly synthetic opioid fentanyl.

DeLena fears especially for high school and college students who may be abusing those prescription drugs, thinking it will help them study. And, he said, “You have an entire population of people right here in our own backyard that think they’re immune from this crisis because they say they’re not going to put a needle in their arm. But they’re buying drugs off the street.”

A passion for police work

Growing up in Revere, Mass., “I just always idolized the police,” DeLena said. “I loved everything about it.”

After his 1988 graduation from Pope John XXIII High School in Everett, Mass., he said, “I needed a big change, so I took a chance.”

“I loaded up my 1983 Oldsmobile Cutlass Supreme, my mother made me 15 meatball subs, and I drove to Tampa, Florida,” DeLena recalled. He went to the University of South Florida, then the police academy and got his first job as a deputy sheriff. He started working narcotics “because I was young and crazy and was willing to do anything,” he said.

His supervisor, a retired DEA agent, suggested DeLena would be a good fit for the agency, and he got his shot at the age of 26. “I loved the investigations; I loved the excitement of undercover,” he said. “There were a lot of thrills there.”

And he was passionate about the mission. “I thought drugs were ruining everything around me,” he said.

DeLena spent some time in Colorado and then returned to Florida, working in Fort Lauderdale, West Palm Beach and finally Miami. It was the early 2000s and cocaine was the hot commodity; the cartels in Colombia and the Caribbean used “go-fast” boats to move their product, he said. “They’d load up as many kilos as they could hold and make a mad dash for the Florida border.”

At the same time, club drugs such as Ecstasy were having a big impact. And then there were those pain clinics. Street-level dealers in the Northeast were paying addicts to fly to Florida, line up to get prescriptions filled at as many clinics as they could and then fly home with hundreds of pills to peddle here, DeLena said. More and more people up here were becoming addicted.

In 2011, DeLena went to work at DEA headquarters in Virginia, eventually serving as executive assistant to Jack Riley, the DEA’s chief of operations. Then, four years ago, a top position opened up in the northern New England division, and DeLena got the job. “For me, this was the first chance in my adult life to come home,” he said.

“New England was getting crushed at the time with heroin but also with prescription opioids,” he said, “absolutely devastated by it.”

It’s not a new problem, DeLena said. “I think there has always been a tremendous appetite for prescription opioids in New England,” he said. “I saw that in my city growing up, I saw it in my school, and I saw it in my home — people thinking it was OK to take those opioids.”

And the drug lords knew that all too well, he said. Prescription drugs were selling on the street here for about a dollar per milligram — $30 for a single oxycontin pill. “The cartels knew we were a target-rich environment,” he said. “That’s when they really started flooding the market with really cheap heroin.”

The cartels were sending samples of heroin to dealers here who usually sold cocaine or methamphetamine, with instructions to put it on the street. “None of this happened by accident,” DeLena said. “It was all scripted, and people still suffer today because of it.”

Even today, he said, Mexico’s “Sinaloa cartel is making decisions that are going to affect what happens in Manchester, New Hampshire. They have better research and development than any Fortune 500 company.”

“And then there are these organizations and drug dealers who are preying upon the weakness of our neighbors and profiting tremendously by it.”

He thinks about the parents he’s met who have lost children to drugs. He thinks about 17-year-old Eve Tarmey, who died of a fentanyl overdose in a Rochester hotel room in 2015, her young life destroyed by drug abuse and sex trafficking.

And he thinks about Garrett FitzGerald, a rookie Secret Service agent who was paralyzed in 2015 when his car collided head-on in Wakefield with a vehicle driven by a man who was high on heroin. Fitzgerald “had only been on the job for six months” and was heading home from a detail protecting a presidential candidate up north, DeLena said. “He had done everything right that day. He’d worn his bulletproof vest, he’d worn his seat belt. But the decisions that somebody else made have altered the course of his life forever.”

The next drug crisis here, DeLena predicts, will involve methamphetamine. “The cartels at the highest level are mass producing it in epic proportions, unlike ever before,” he said. “Just like they knew with the prescription opioid crisis ... they know now that people need methamphetamine to get up off the ground from the throes of this opioid epidemic.”

Meanwhile, drug lords “have created a web of dealers out of the users of New Hampshire,” who travel to cities such as Lawrence and Lowell in Massachusetts to buy drugs to sell to support their own habits. And that creates a new challenge for the DEA here, DeLena said.

“Now these dealers are everywhere,” he said. “They’re no longer confined to the street corner. They’re in almost every neighborhood. ... You have people from the North Country, from the Lakes Region, who are driving down there every day, and they’re taking more product than we’ve seen before back into Berlin and Tilton.”

That is why DeLena devotes so much of his time to working with local student groups on prevention. He helped organize the nation’s first-ever youth summit here in 2017, busing in 8,500 kids from around the state to the Manchester arena; then-Attorney General Jeff Sessions made a surprise appearance. DeLena used DEA funding to create dance teams at two Manchester elementary schools, infusing hip-hop music with a prevention message.

He has partnered with the Fisher Cats and Manchester Monarchs to host prevention events. And he brings young people in recovery to events to tell their own stories. “It’s thinking outside the box and doing anything we can,” he said.

What inspires him, DeLena said, is watching young people here taking the lead at events such as a recent Youth Summit in Concord. “They have risen up,” he said. “That’s a huge victory for me personally.”

And the rest of the nation is paying attention, he said. “New Hampshire truly is the gold standard,” he said.

“That maybe we’re going to see a big turn in the tide.”