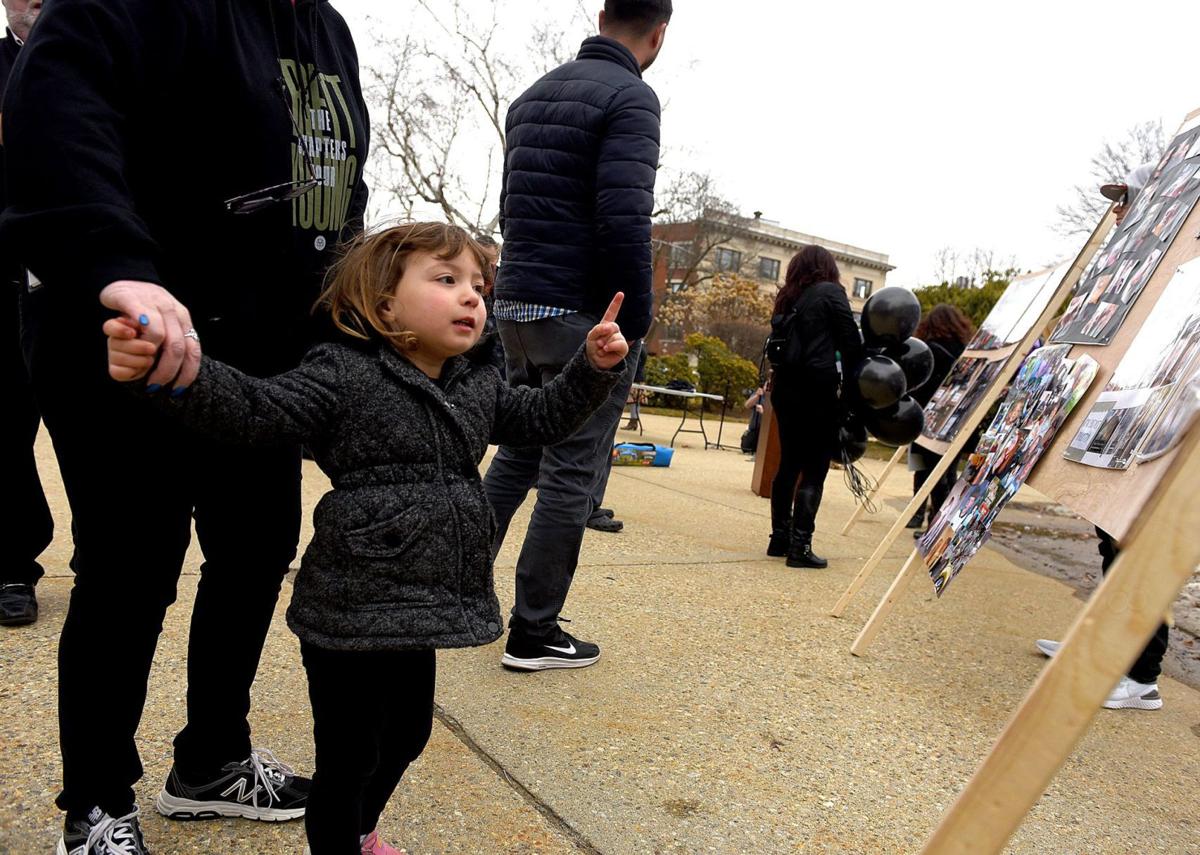 Dani Johnson, 3, of Manchester, points to a picture of her mother, Ashley Johnson, who died from an overdose in 2019, at the Black Balloon Day vigil for lives lost to the opioid epidemic at the State House in Concord on Friday. 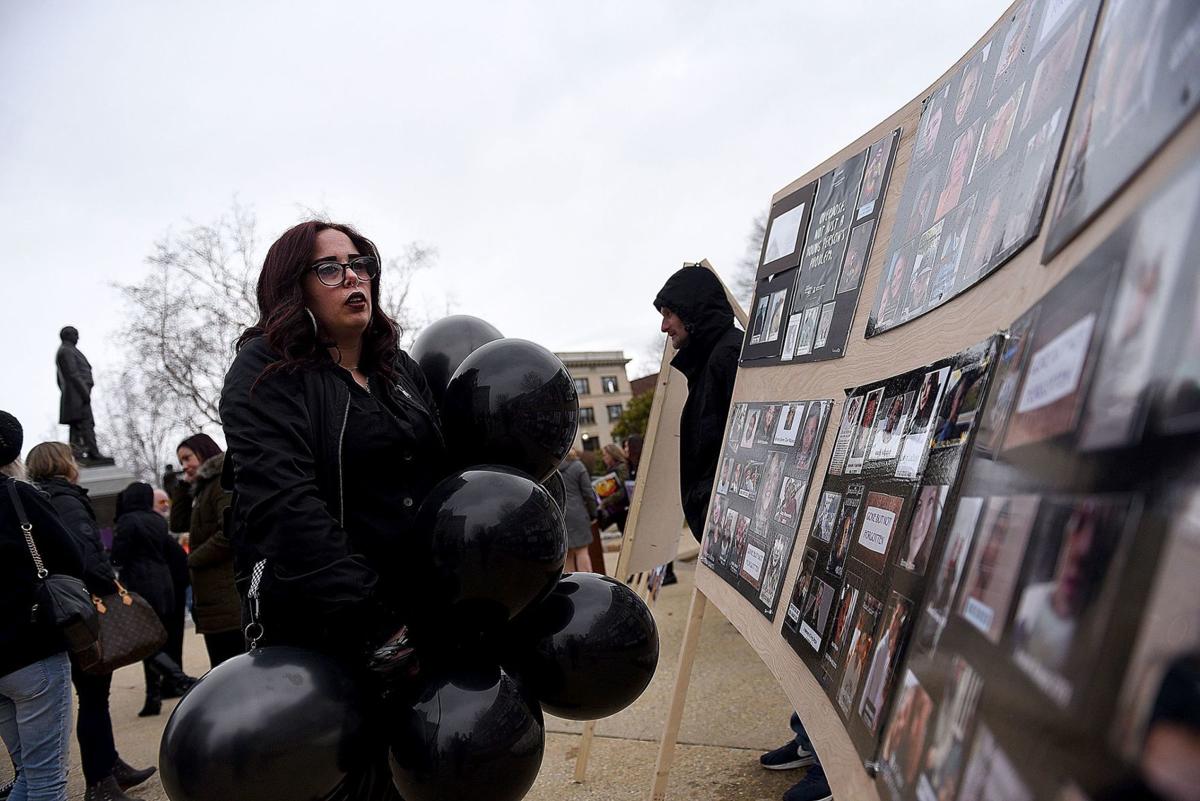 Brittney Oliver of Manchester looks at pictures of lives lost to the opioid epidemic during the Black Balloon Day vigil at the State House in Concord on Friday.

“The holiday will never be the same. He had suffered from addiction for a few years and we sent him out to California for treatment because there were no available beds here,” Johnston recalled.

“He went back twice, having relapsed. Then we found a treatment bed in-state but then due to demand he was kicked out of it for someone else. He died four days later.”

This event on the State House Plaza allows family members to come together and look at a vast collection of photographs of loved ones who lost their battle with addiction.

“These are tough days, they are, but they are great days too because we come together to remember those we love who should never be forgotten,” Gov. Chris Sununu told the crowd of more than 200 supporters.

Sununu said his “hub and spoke” system is making a difference in helping people with addiction, but admitted “we have a long way to go.”

“We have to create a permanent system that wraps around them, one that doesn’t expect them to fit into our preconceived notion of what works for somebody else,” Sununu said.

He urged the survivors and others still struggling with substance abuse to give him feedback about state services.

“You guys know the barriers so if you see ways we can knock them down, come tell us,” Sununu said.

“We’ll try things and if something doesn’t work, guess what, we’ll set that aside and try something else.”

Sununu spoke briefly, but spent much of the time at the event going through the crowd listening to personal stories.

Among those he spoke with was Mrs. Johnston, who had never met the governor before Friday and their exchange ended with a warm embrace.

The event was also an opportunity for those still struggling with addiction to share their stories.

One of the organizers of the event, Shannon Landry, said when she spoke to the group last year she lacked the courage to identify herself as an addict.

“The one thing I left out of my speech was, ‘I’m Shannon Landry and I’m an addict,’” she said.

“I’m proud to have gotten to the place that I am now.”

Jessie Hurlburt, a former heroin addict, is now a workplace coordinator at the SOS Recovery Center in Dover.

She said losing her boyfriend to an overdose in October 2016 changed her life for the better.

“His death actually became the reason I am still alive,” she said.

Later she added, “He gave me enough strength to confront my demons.”