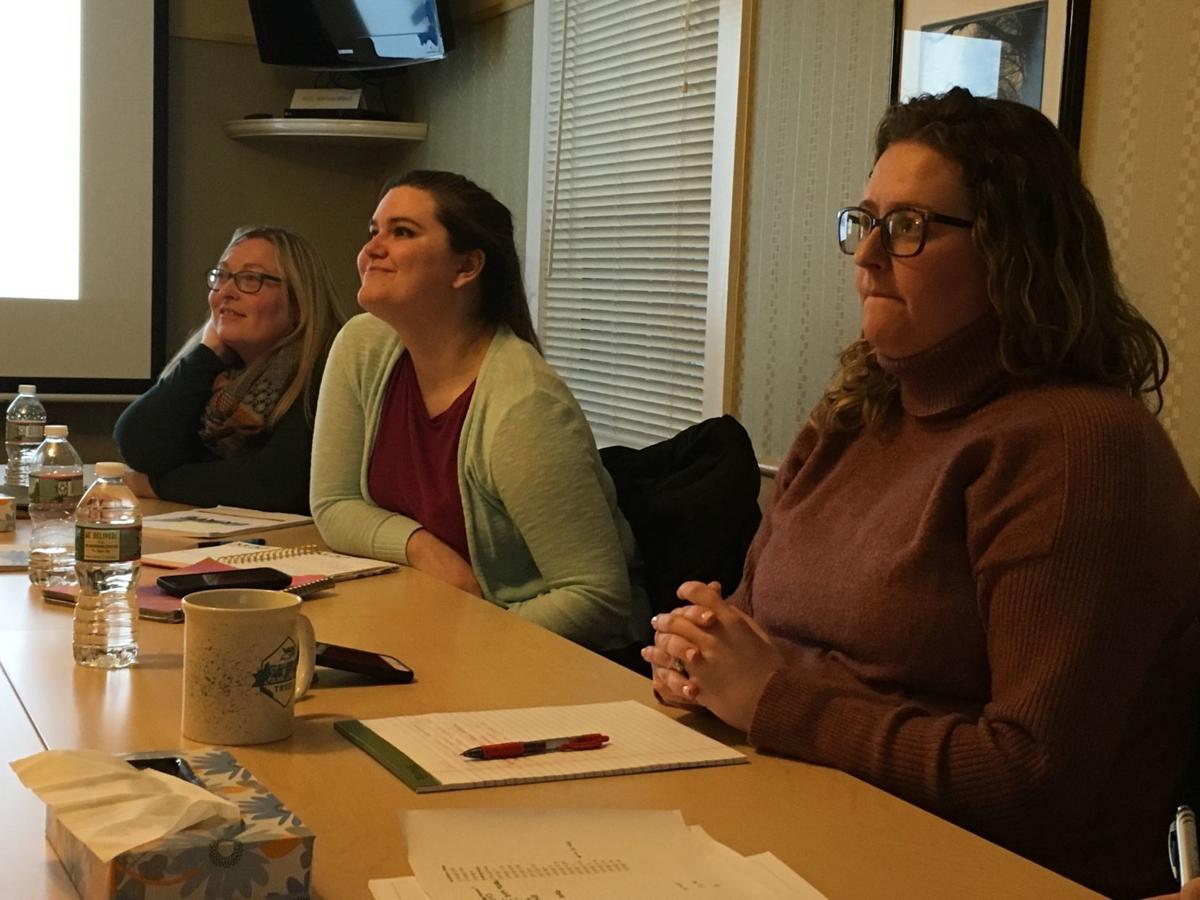 Judges, from left, Sheila Mullen, Ellen Desmond and Moira Clark listen to a monologue during auditions for “This is My Brave.” 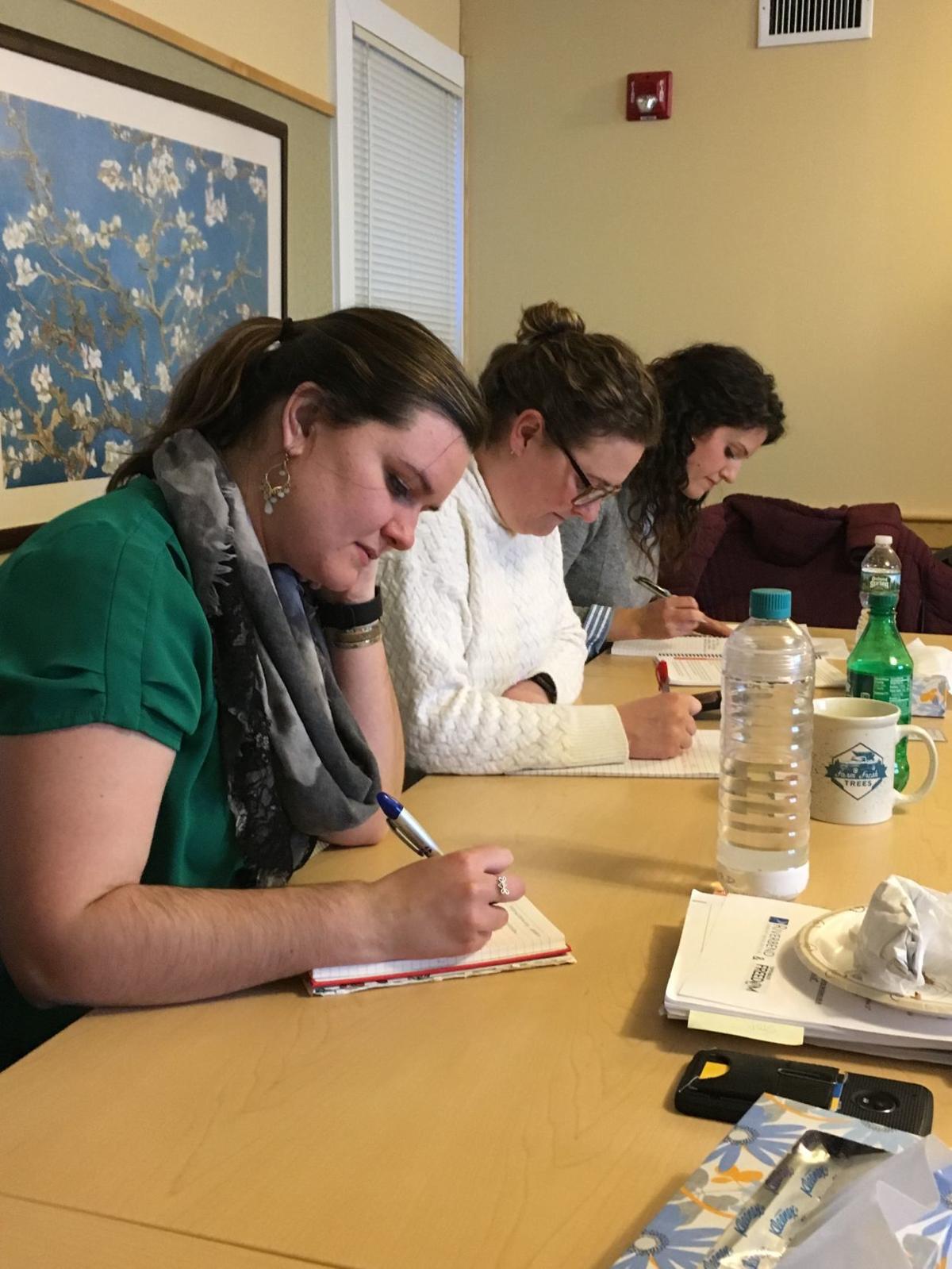 Judges, from left, Ellen Desmond, Moira Clark and Rebecca Wolfe take notes during auditions for Riverbend’s upcoming production of “This is My Brave.” 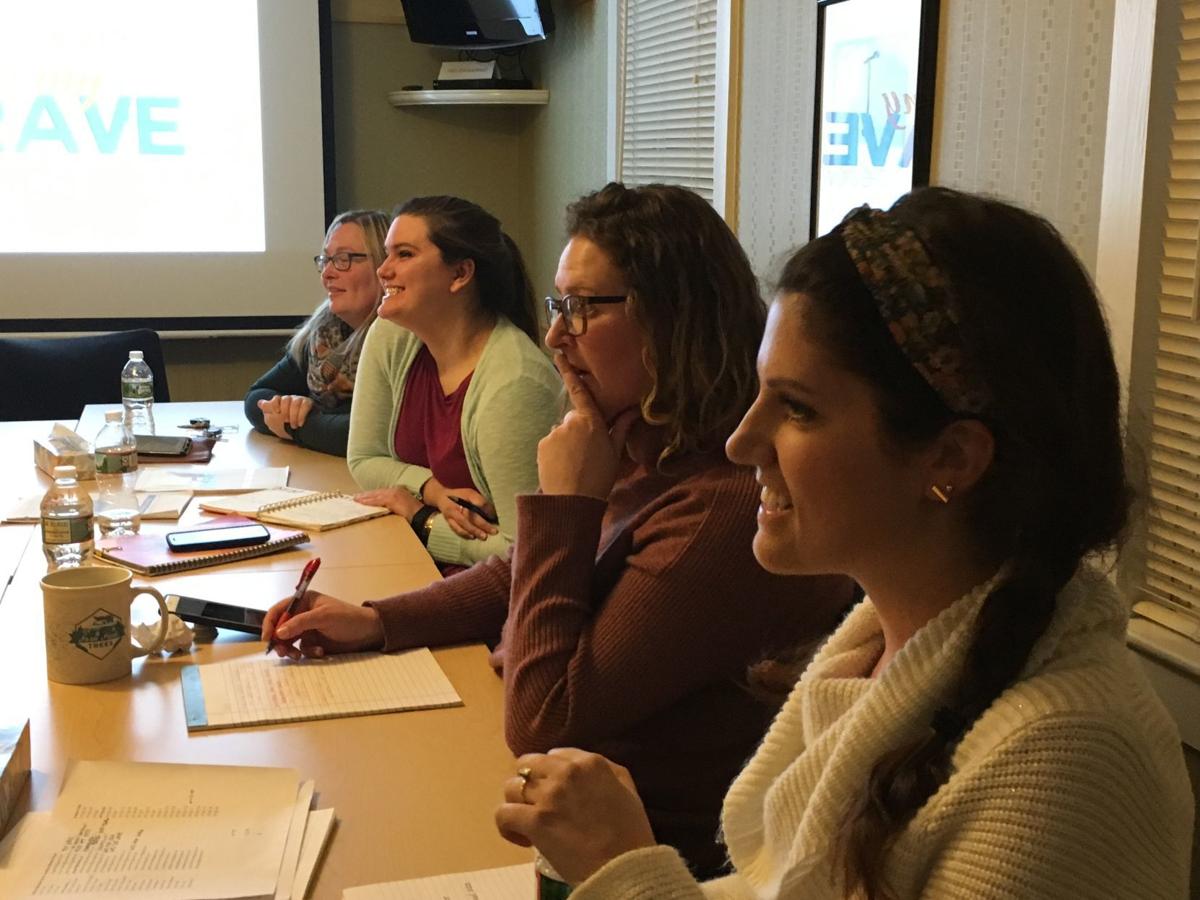 Judges for “This is My Brave” auditions, from left, Sheila Mullen, Ellen Desmond, Moira Clark and Rebecca Wolfe, react to a monologue. The program will be presented at Concord High School on May 23. 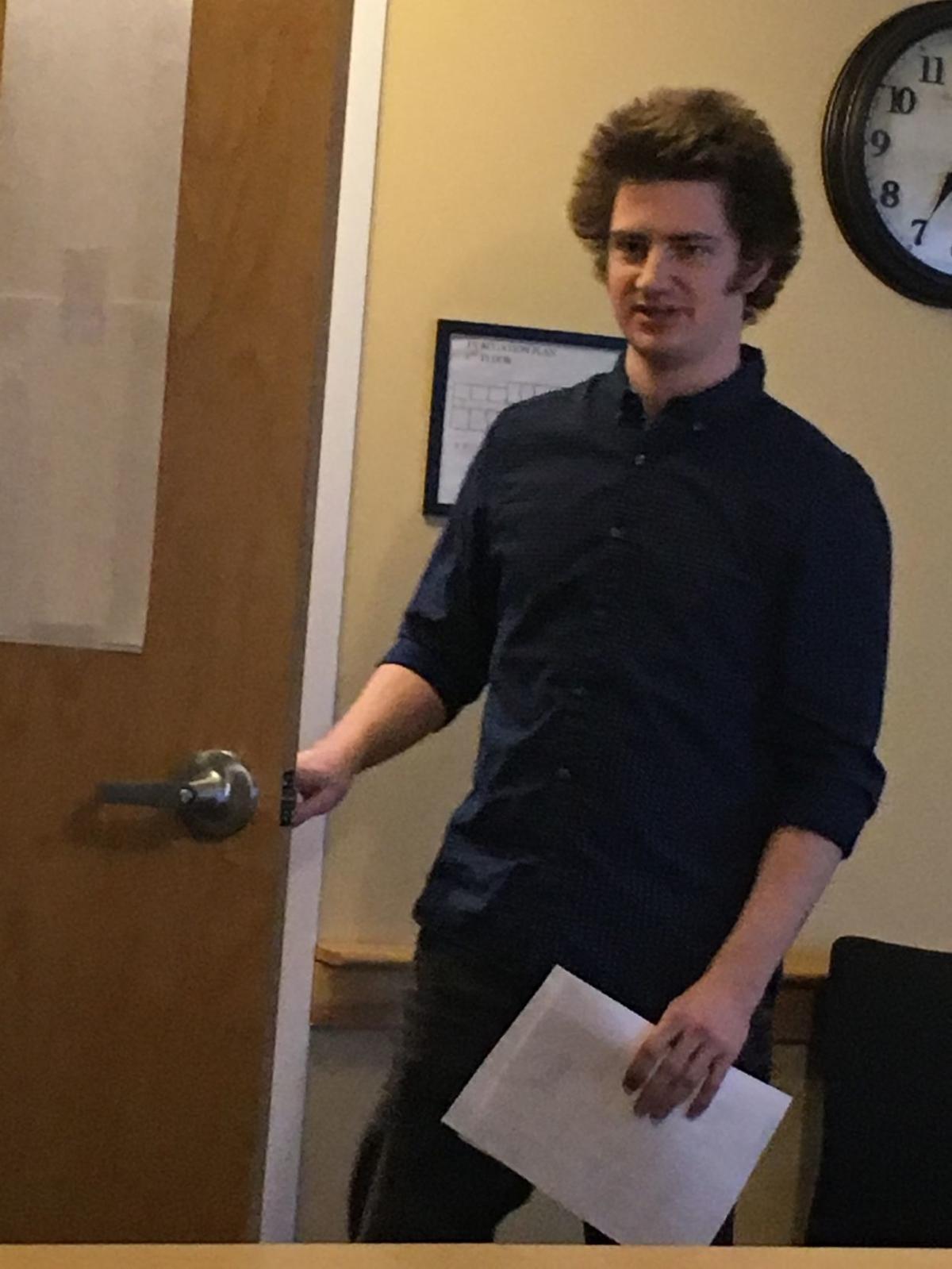 Jonathan Bellino performed a monologue in a British accent during his audition. 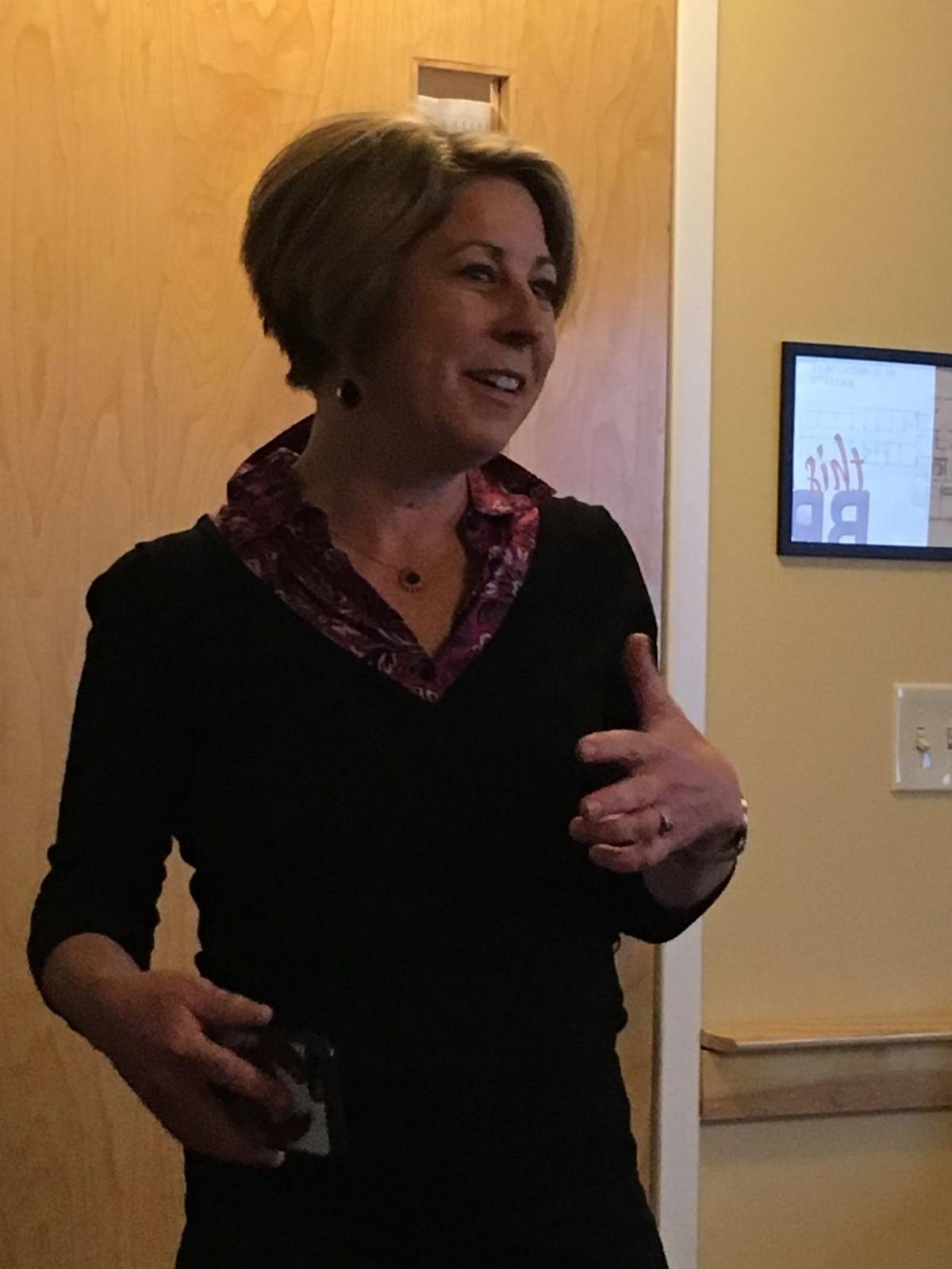 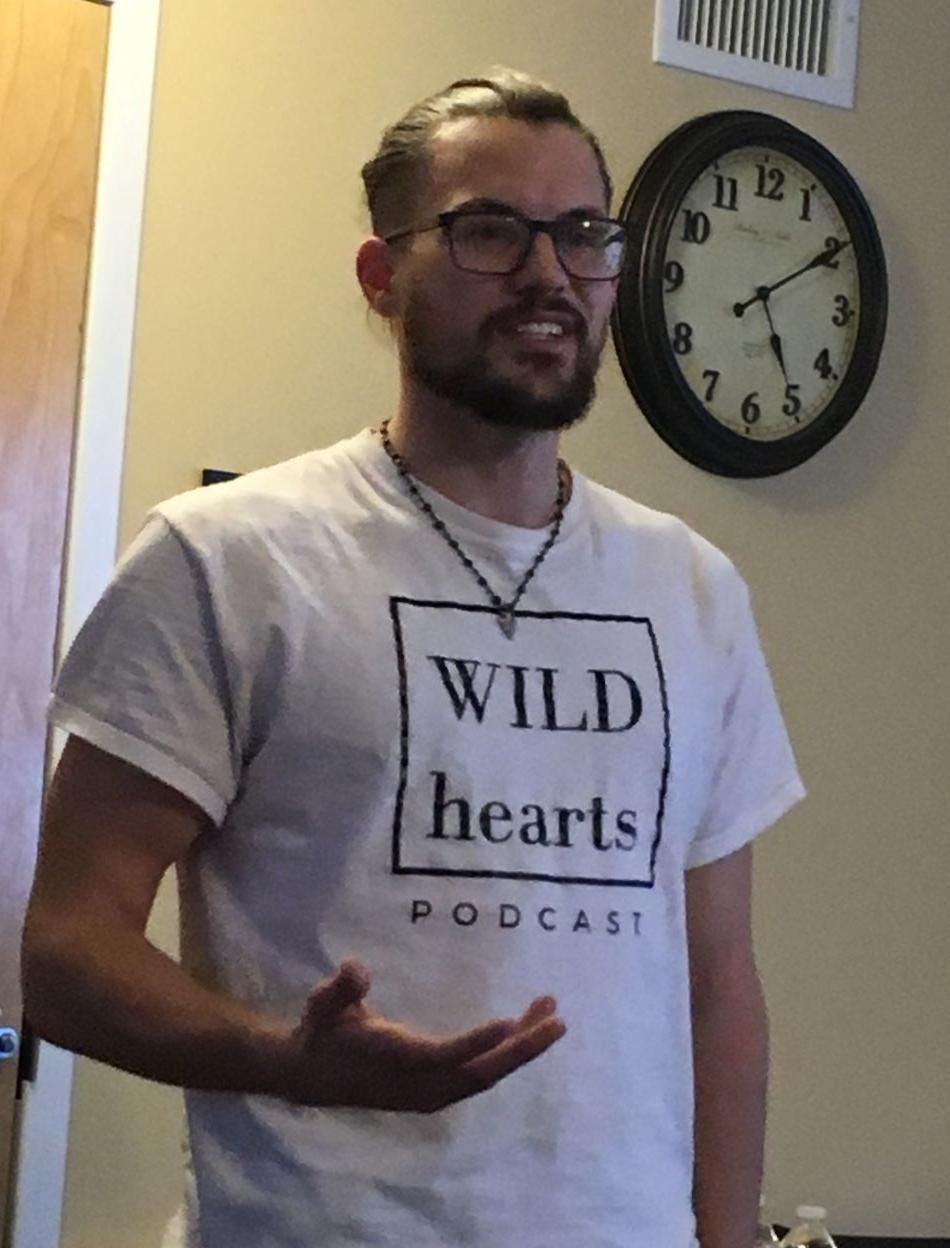 Sean Paul Adam talked about his recovery from mental illness during auditions for “This is My Brave.” 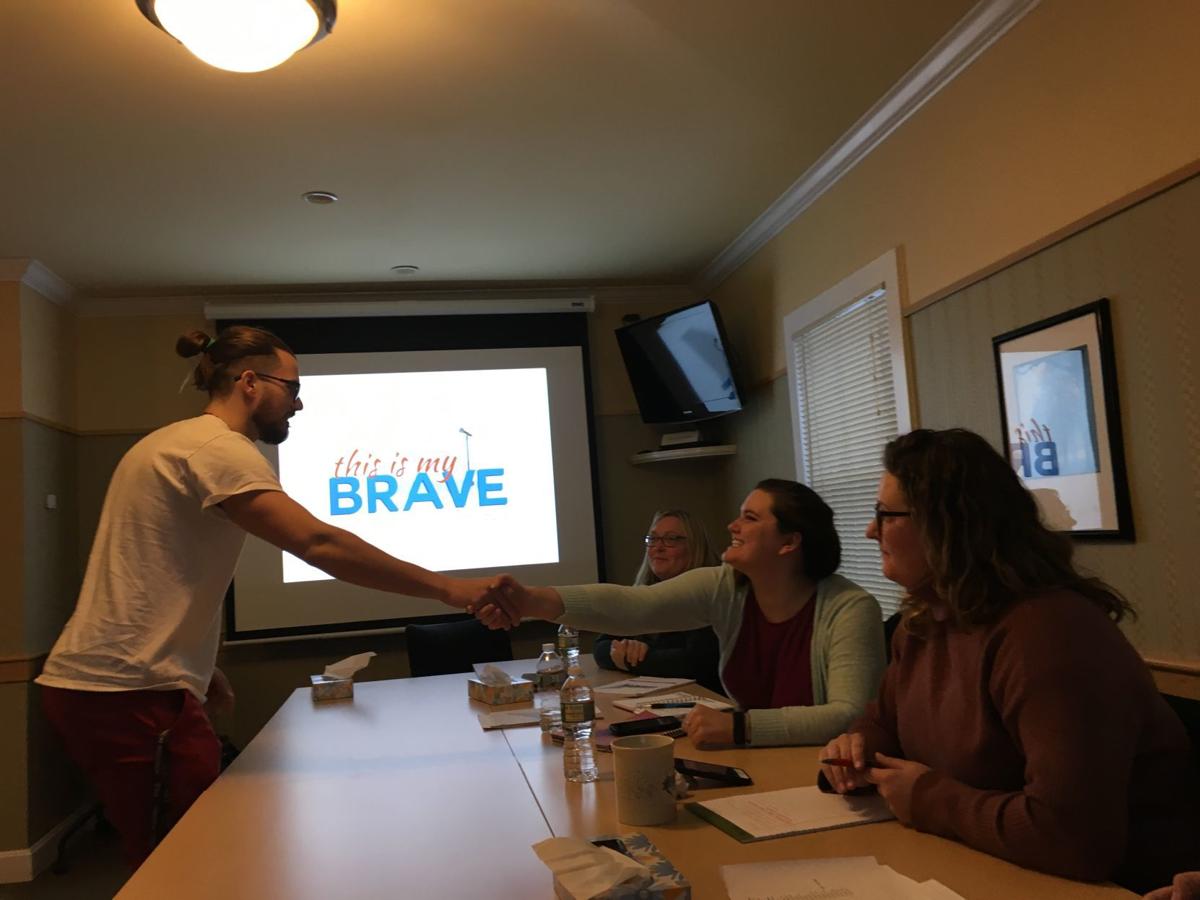 Sean Paul Adam shakes hands with the judges before auditioning for Riverbend Community Mental Health’s production of “This is My Brave,” which will be presented in Concord on May 23. 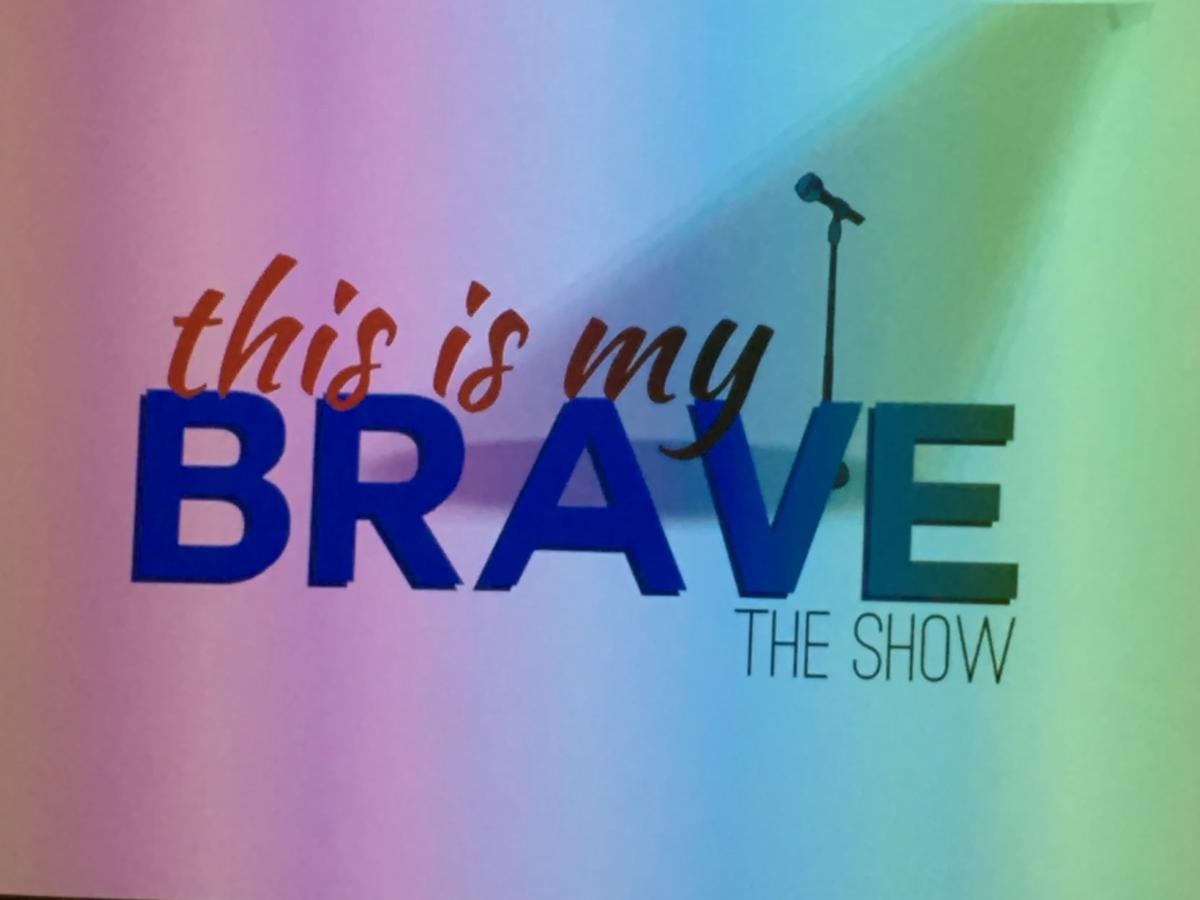 A local production of “This is My Brave,” sponsored by Riverbend Community Mental Health, will be performed on May 23 in Concord.

Judges for “This is My Brave” auditions, from left, Sheila Mullen, Ellen Desmond, Moira Clark and Rebecca Wolfe, react to a monologue. The program will be presented at Concord High School on May 23.

Sean Paul Adam shakes hands with the judges before auditioning for Riverbend Community Mental Health’s production of “This is My Brave,” which will be presented in Concord on May 23.

A local production of “This is My Brave,” sponsored by Riverbend Community Mental Health, will be performed on May 23 in Concord.

W hen the voice in his head told him to end it all, Sean Paul Adam screamed out loud — and chose to live.

“It was a pretty powerful moment,” he told the panel of four women facing him. “Because to get in a place where your own brain’s trying to tell you to kill yourself is a pretty scary place to be.”

Adam shared his story of struggling with bipolar disorder and finding recovery during a recent audition for an upcoming production of “This is My Brave,” sponsored by Riverbend Community Mental Health.

It’s part of a national project that aims “to end the stigma surrounding mental health issues by sharing personal stories of individuals living successful, full lives despite mental illness through poetry, essay and original music, on stage in front of a live audience,” according to the website thisismybrave.org.

Think of it as “The Moth” with a twist.

Moira Clark, assistant director of philanthropy at Riverbend, is the lead producer and served as a judge for the show’s auditions. “This was just an idea a couple months ago,” she marveled. “Now it’s real.”

The auditions got off to a promising start. First up was Karen Prive, who shared an original poem called “Homecoming,” in which she imagines ghosts lurking in the shadows, “intent on stealing whatever peace I’ve managed to wrap around myself.”

She hears their hurtful words: “Worthless. Stupid. Loser. You deserved what you got … Even God hates you.” Then the poet realizes that she, too, also longs for recognition, “demanding my rightful presence in the world.”

“These ghosts know only the worst of the world,” she says. “How would they react to kindness? I could bake them some cookies and/Introduce them to the taste of sweet comfort…”

An appreciative murmur rose from the judges’ table. Later, they agreed they were impressed; they liked how Prive turned negatives into friends.

As she left the room, Prive told the panel, “Enjoy the rest of your evening. May there be excitement and wonder!”

Another would-be cast member, Cassandra Leach, talked about how she had been in and out of therapy for years, but had always resisted medication. Her beloved grandmother had suffered with mental illness for many years and she had seen what Lithium, Xanax and Klonopin had done to her, she said.

On the outside, Leach may have looked like she was successful, “but I wasn’t,” Leach said. “Then I started pulling my hair out.”

That’s when her therapist implored her to try a low dose of medication, Leach said: “Because you are suffering, and you don’t need to suffer.”

Leach finally gave in. “And in a month, I felt so much better,” she said. “I hadn’t ever felt so balanced and in control....”

Afterward, Leach told the judges it was scary to come to the audition; she wonders what her relatives and co-workers will make of her story. “I kept coming back to ‘This is my brave,’” she said. “You couldn’t have called this a better thing to inspire someone like me.”

The show’s director is Ellen Desmond; she’s the training and technical assistance coordinator at the state Department of Education and has a background in theater. “I just see this great need to build empathy,” she said. “Mental health diagnoses are skyrocketing; our suicide rates are through the roof. When are we going to learn we have to teach kids how to express themselves — or they won’t.”

Desmond was also a judge for the auditions, and in between performers, she sketched out an idea for the show’s set, a living room where cast members will sit together and share their stories. “We’re getting together, we’re a group of people from any walk of life, to have a conversation about ending the stigma,” she explained to her fellow judges.

Jonathan Bellino explained to the judges that he was going to perform his piece in a British accent. And then he launched into a monologue titled “My Offenses,” in which memories of past transgressions “haunt both my dreams and waking hours.”

“My life upon earth is perdition,” he said.

His piece took on Shakespearean themes of guilt, shame, self-doubt and finally resignation: “The tribulations and misfortunes of some are always to be more severe than those of others. Who I have been constitutes who I am, and therefore I suffer.”

When he was done, Bellino let out a deep breath and admitted, “That’s the most vulnerable thing I have done.”

Another judge, Rebecca Wolfe, who works in human resources and community affairs at Riverbend, smiled at him. “Vulnerability is the best measure of courage,” she said, quoting best-selling author and researcher Brene Brown.

It was a different sort of casting call, with compassion at the forefront. The national “This is My Brave” organization has guidelines for what language should and should not be used, to avoid causing harm or triggering others. And each piece is meant to focus on recovery, and hope.

The Concord judges worried that one individual who auditioned was too recently diagnosed with bipolar disorder to be ready to perform publicly. “He’s not fully on the other side,” Wolfe said.

There’s a lot of work ahead. Some performers had only rough outlines of what they wanted to say and ad-libbed their monologues. They would have to be honed into set pieces, the judges agreed, that could be repeated time and again in rehearsals.

But what emerged from the auditions was a compelling, sometimes raw, series of narratives that offered a window on the experience of mental illness. It felt at times like grief, despair, hope or resilience. It felt ... brave.

Sean Adam said he’s been telling his story publicly to offer others the hope that he’s found, “to give people the message there is an exit door.”

“I know a lot of beautiful souls, super creative minds, that have mental illness and addiction. We’re worth something,” he said.

“This is My Brave” will be presented by Riverbend Community Mental Health at Concord High School on May 23 at 7 p.m.