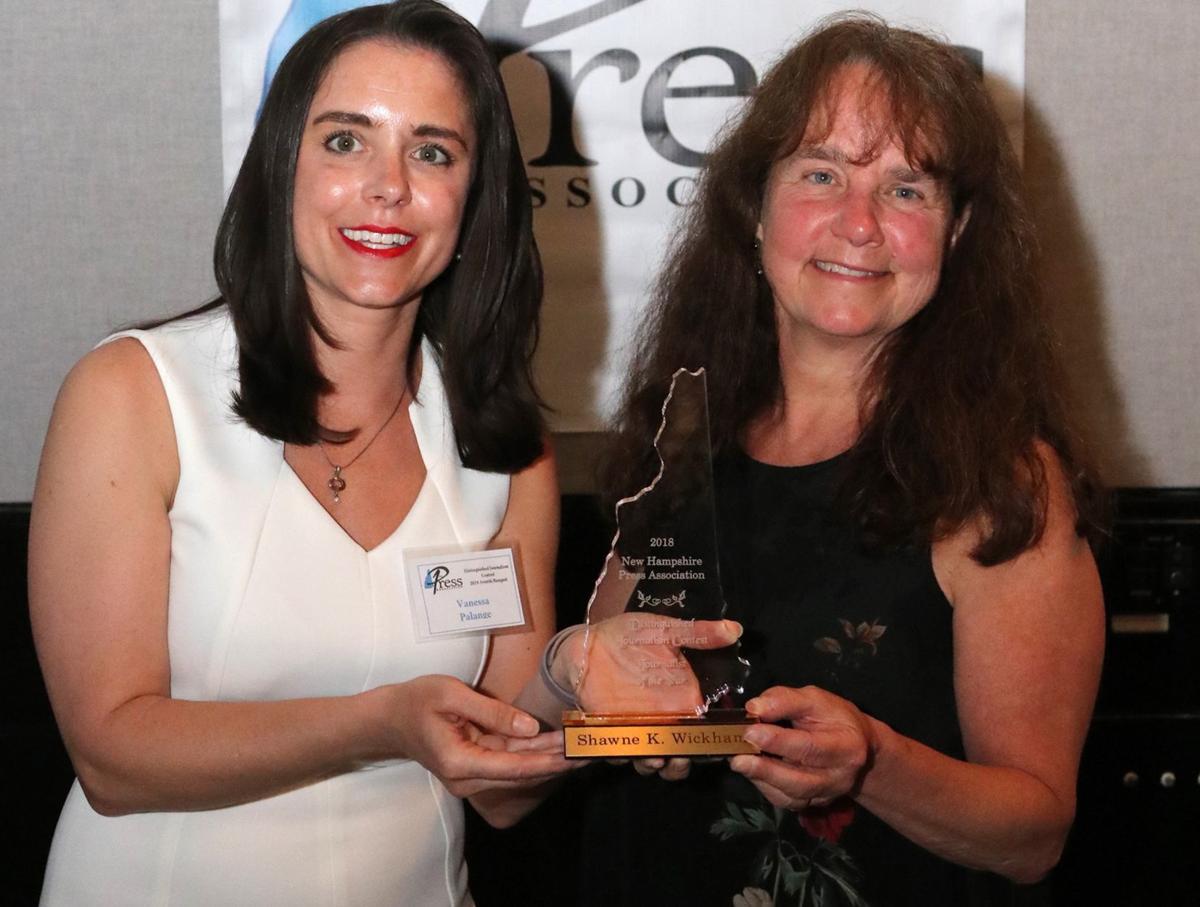 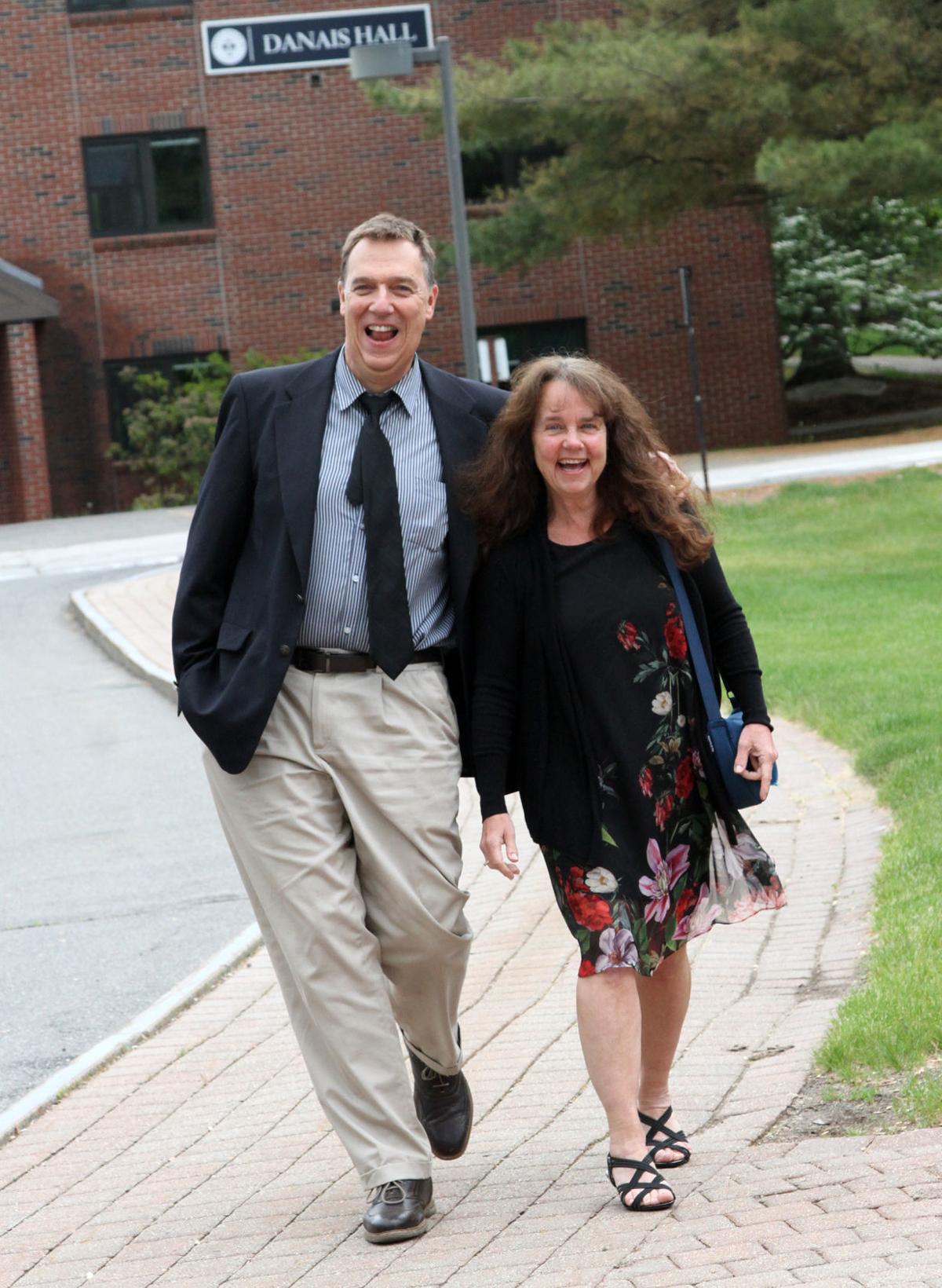 Columnist of the Year Mark Hayward, left, and Reporter of the Year Shawne K. Wickham, right. 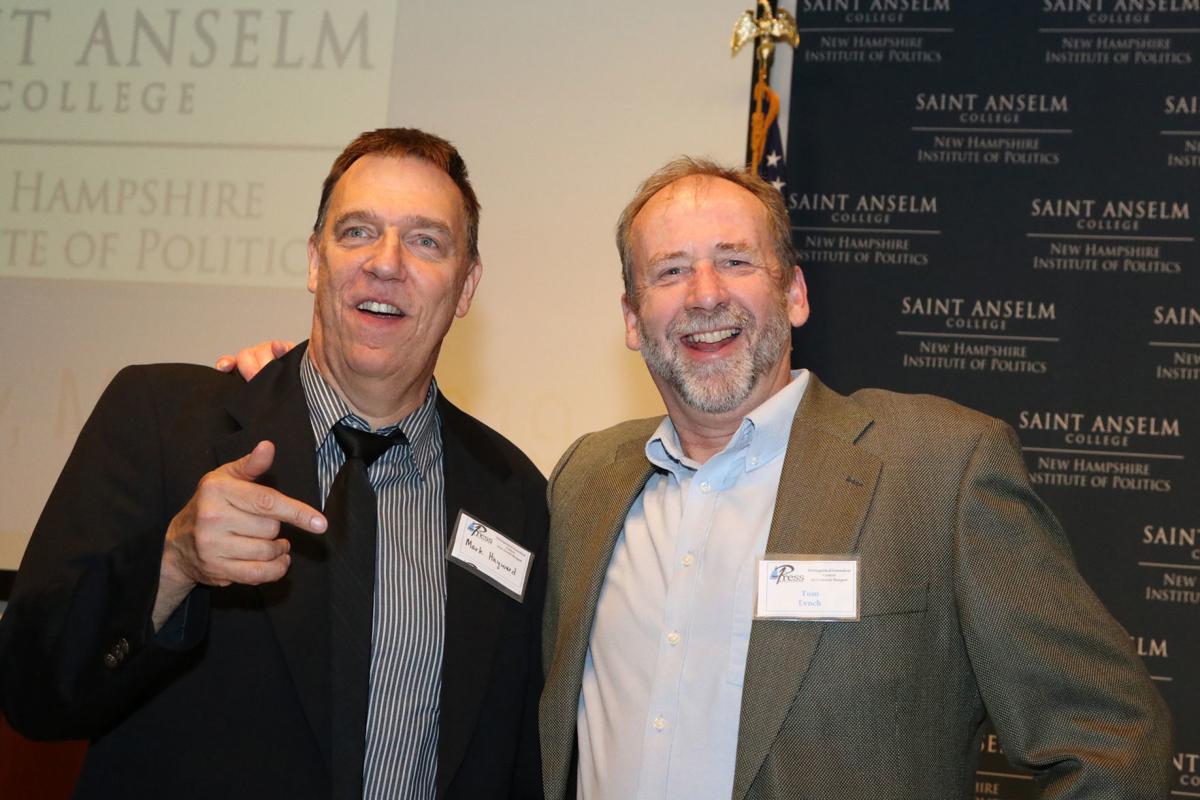 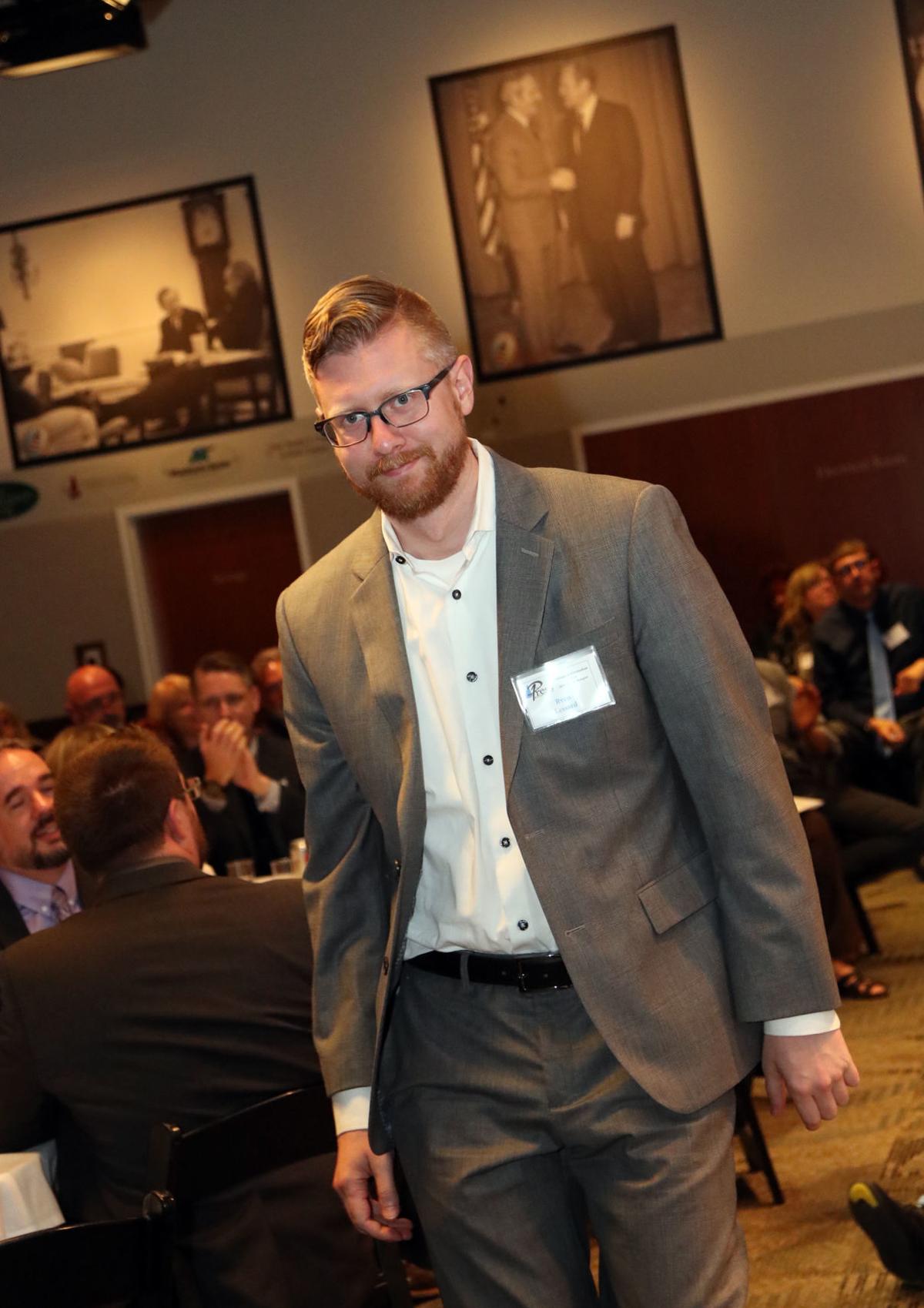 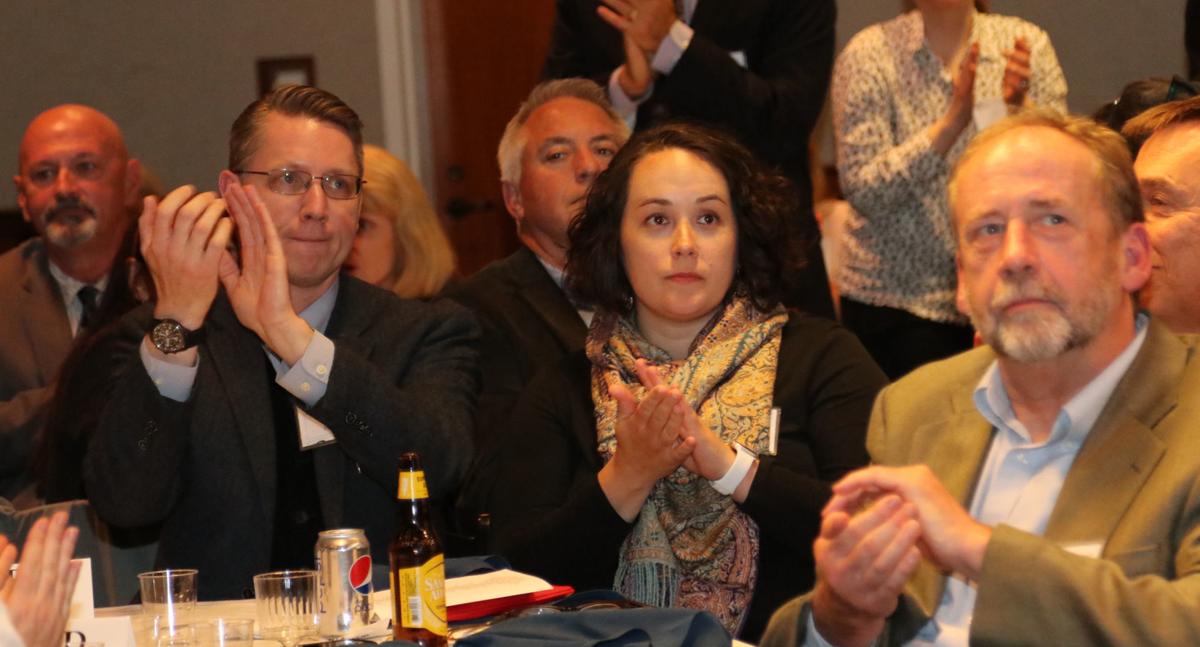 Union Leader Corp. President Brendan McQuaid, left, applauds along with wife Jessica.  Between them can be seen Union Leader business editor Mike Cote, and to the right is design editor Tom Lynch.

Union Leader Publisher Joe McQuaid received a lifetime achievement award, as did two Union Leader alumni who went on to work for other organizations.

The awards, which recognize work in 2018, were the first time in four years that the news industry has recognized the work of the journalists in the Granite State, according to Phil Kincade, the executive director of the New Hampshire Press Association.

Wickham has been with the Union Leader for more than three decades and just concluded a year-long, grant-funded project titled Beyond the Stigma, which explored solutions to the state’s addiction and mental health challenges.

Columnist Mark Hayward was awarded first-place columnist of the year along with Jim Kenyon, a columnist for the Valley News of Lebanon. Hayward, who also works as a general assignment reporter, has written the weekly column City Matters since July 2012.

Copy editor Melanie Hitchcock won first place in the feature page category for her design of Flavors, which runs Wednesday in the newspaper and focuses on food and dining.

For nearly 50 years, Joe McQuaid has worked at the Union Leader, holding jobs ranging from copy boy to company president. Semi-retired, he remains publisher of the newspapers while Brendan McQuaid took on the role of president last year.

The elder McQuaid was inducted into the New England Newspaper Hall of Fame in February.

The Dennis Joos Memorial Award, named in honor of the Colebrook News and Sentinel editor shot and killed by Carl Drega in 1997, went to Roger Carroll, the managing editor of the Laconia Daily Sun. Last year, Carroll wrote “A Journey through the New Hampshire Mental Health System.” The Union Leader and other newspapers published his poignant, first-hand account of his mental illness and treatment.

Other Union Leader awards were:

Community service, second place. Reporter Roberta Baker for her work on Silver Linings, which focused on aging and related issues.

Feature photo, second place. Photographer David Lane for a photograph of a Manchester mother worried she could lose a third daughter to a drug overdose.

Spot news, third place. Hayward for an article about a mother’s fears she will lose a third daughter to opioid abuse.

Banks continue to branch out in southern NH

Banks continue to branch out in southern NH