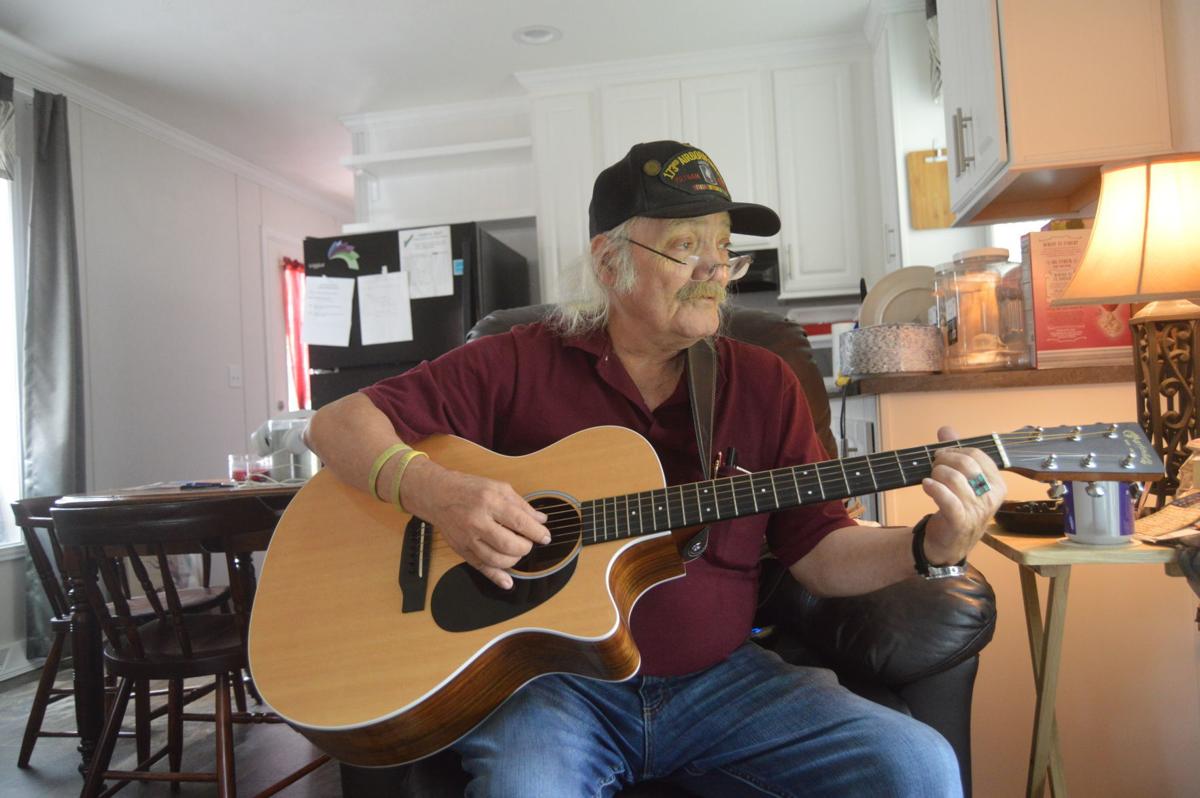 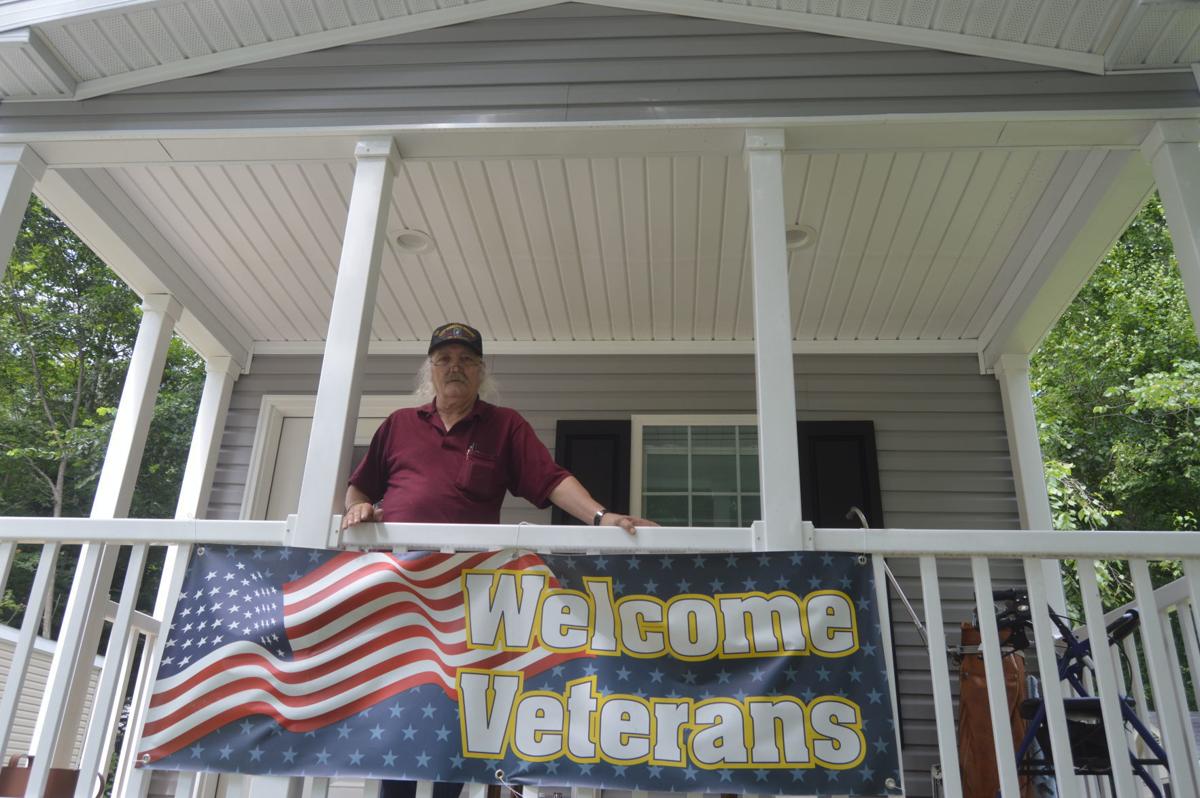 DANVILLE — Peter “Searching Owl” Giove wasn’t sure what he was going to do after a raging fire destroyed his house and killed his two dogs and cat in January 2018.

“I lost everything. Talk about starting over from the get go,” said the 70-year-old Vietnam veteran and former paratrooper with the 173rd Airborne Brigade, whose Washington, N.H., property wasn’t insured at the time.

In the months following the devastating fire that landed him in an intensive care unit for a week, Giove stayed in a hotel and then found transitional housing through Harbor Homes in Nashua.

After a year and a half at Harbor Homes, Giove now has a new place to call home thanks to the New Hampshire Community Loan Fund’s Veterans FIRST project.

The once-homeless veteran is one of Danville’s newest residents in the Rock Rimmon Cooperative, a resident-owned manufactured home community.

He arrived with nothing, but, Giove said, “I’ve got the balance I didn’t have.”

The homes have an eat-in kitchen, living room, bathroom and one bedroom.

“This works for me. It’s small, but it’s comfortable,” said Giove, who is Native American and known to family and friends by his native name, “Searching Owl.”

Through the project, five homes have already been installed and another five will arrive this fall.

Officials plan to celebrate the project at a ceremony Thursday.

The energy efficient veterans’ homes sell for $49,500 fully installed, with an estimated monthly housing cost of just over $600.

“We really started with the idea when we learned there were veterans in New Hampshire who were ready to leave transitional housing, but couldn’t live on their own because there were no affordable places to move,” said Jennifer Hopkins, director of single family housing at the Community Loan Fund, a nonprofit that provides financial assistance and other support for people with low to moderate incomes who need affordable housing.

Purchase mortgage financing is provided by the Community Loan Fund with the support of Federal Home Loan Bank of Boston and Merrimack County Savings Bank. Homebuyer education is offered through NeighborWorks Southern New Hampshire with down payment assistance from New Hampshire Housing and the New Hampshire Community Development Finance Authority.

Giove, who moved in on July 13, is one of three veterans who have settled in so far. Hopkins said three more veterans have been approved and are awaiting their purchase dates. The four final veterans must still be found, but Hopkins said she expects all 10 homes will be occupied by the fall.

“Long term, we want more people with low and moderate incomes to be homeowners building their self sufficiency and pride in home ownership,” Hopkins said.

While he moved in just a month ago, Giove has quickly settled in and is filling his new place with the sound of his music.

The musician who lost instruments and 55 years of sheet music in last year’s fire still has a guitar and his singing voice.

Giove has come a long way since that day when he jumped from a third floor window and landed in the snow as the flames spread.

“I’m used to jumping, I was a paratrooper. But at my age I’m lucky I’m still here,” he said.

The Coast Guard flag and pole at Manchester's Veterans Park is a done deal.

Calif. inventor gets U.S. grant for massage device to help vets with PTSD

Since 2006, he's given veteran clinics and organizations about 3,500 of the devices, which sell for $66 apiece.

When Raymond Goulet Jr. learned he is this year’s recipient of the Maurice L. McQuillen Award from the Union Leader, he protested that others are more deserving.