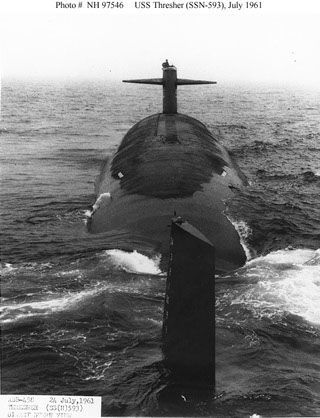 The USS Thresher crew was composed of 96 enlisted men and 16 officers. Those crew members plus 17 civilians perished on April 10, 1963, in the worst submarine disaster in U.S. history. 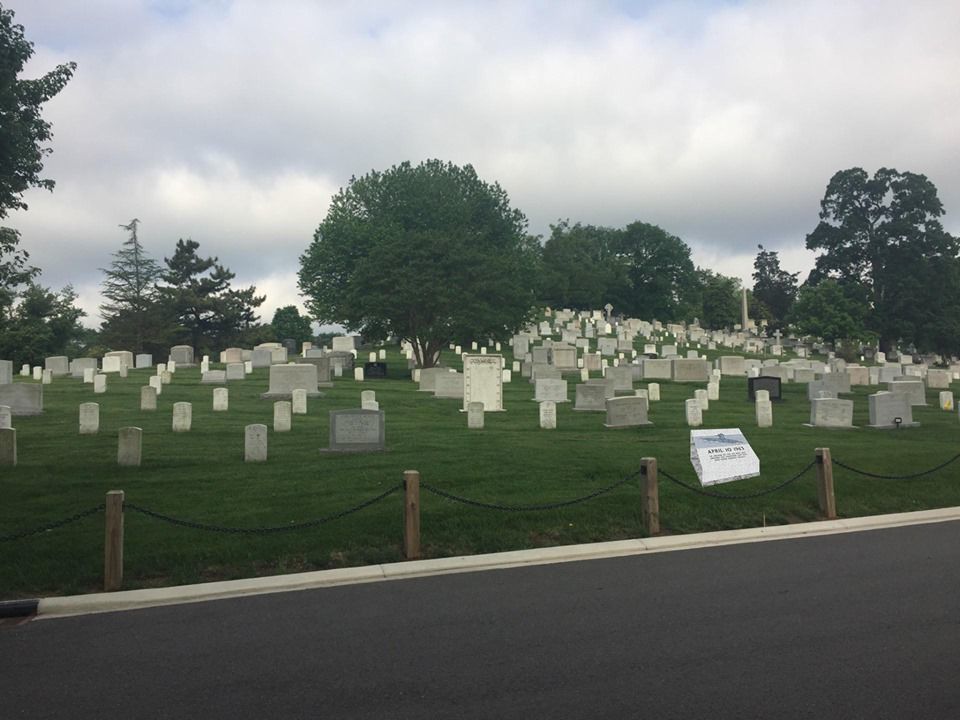 A computer generated composite of what the USS Thresher memorial will look like when it's erected in Arlington National Cemetery along the heavily trafficked Roosevelt Drive.

The search crew that was dispatched to locate the Thresher after repeatedly failed efforts to make contact with the boat.

The USS Thresher crew was composed of 96 enlisted men and 16 officers. Those crew members plus 17 civilians perished on April 10, 1963, in the worst submarine disaster in U.S. history.

A computer generated composite of what the USS Thresher memorial will look like when it's erected in Arlington National Cemetery along the heavily trafficked Roosevelt Drive.

The search crew that was dispatched to locate the Thresher after repeatedly failed efforts to make contact with the boat.

HOOKSETT — By the fall, the 129 men who perished aboard the USS Thresher submarine during its ill-fated 1963 voyage will be honored with a memorial in Arlington National Cemetery.

On Thursday, concluding years of work, Kevin Galeaz, the president of the Hooksett-based nonprofit USS Thresher Arlington National Cemetery Memorial Foundation, revealed that the organization’s proposed monument had received final approval and that construction would be completed in time for a dedication ceremony at the Arlington Memorial Amphitheater on Sept. 26.

“This is a very important milestone that will touch the hearts and minds of all the families (and) the former crew,” Galeaz said. “And more importantly, it will allow us to teach and tell the story of the submarine safety legacy that followed the 129 men lost to 1.5 million visitors a year.”

The Thresher memorial site is slated to be placed along the heavily trafficked Roosevelt Drive walkway, midway between the Arlington welcome center and the Tomb of the Unknown Soldier.

Sen. Jeanne Shaheen, D-N.H., will deliver the keynote address at the reception, which is expected to draw about 1,000 attendees.

Commissioned in 1961 after its construction at the Portsmouth Naval Shipyard, the USS Thresher was a nuclear-powered attack submarine that was considered the most technologically advanced of its day.

On April 10, 1963, the submarine departed Portsmouth with 112 sailors and 17 civilians in order to conduct a series of deep-diving trials off the coast of New England.

But tragedy struck the next day, 220 miles off Cape Cod, when a failure of the ship’s saltwater pumping system shorted out electrical panels that shut down the nuclear reactor.

The loss of propulsion combined with a malfunction of the ballast tanks caused the Thresher to break apart as it dragged all 129 men to a watery grave on the sea floor.

The tragedy would go down as the worst submarine disaster in U.S. history and led the Navy to develop a submarine safety program called SUBSAFE.

Despite the important role the Thresher played in U.S. naval history, it took 56 years, the last 12 of which were helmed by Galeaz and his organization, to turn the dream of a memorial in Arlington into a reality.

But throughout the more than half-century wait, Thresher descendants like Carol Norton of Dover never lost faith.

“All of the USS Thresher families always had this as a dream and it finally came true today, and it’s very emotional for all of us and it means so much to us,” said Norton, whose father, Fred Abrams, was a civilian mechanical inspector aboard the Thresher during the accident.

Norton, who was 16 when the Thresher sank, remembers her father as a man with a fear of water and tight spaces who was always the first one to volunteer when the call came for submarine sea trials.

Although she wishes her mother, who passed away in 2011, could be alive to hear the news, Norton said she’s hopeful that the memorial will be instructive for all who encounter it.

“The Thresher is a very well-known story in the New England area, but people in other parts of the country might not know it. This is a chance to educate them and also the younger people. It’s very important for them to know this story, too.”

The sentiment was echoed by Thomas Wiley of Annapolis, Md., who remembers the long train ride he took from Purdue University to his hometown of Altoona, Pa., after receiving the news that his older brother, Lt. JG John Wiley, was lost at sea aboard the Thresher.

“At every train stop I was getting off the train to see if they had heard any good news that the Thresher was found,” Wiley said.

He went on to express his gratitude that his brother would receive the memorial that so many Cold War-era veterans never got.

“We have a tendency to overlook the military period of that time frame,” Wiley said. “But with a memorial in the nation’s foremost sacred cemetery to honor the sacrifice of the men of the Thresher, it’s a reminder that freedom is not free in times of contiguous peace or armed conflict. There’s always going to be sacrifices.”

Galeaz says his organization is currently seeking to raise $51,500 to finance the expenses associated with holding the reception. With the goal of fully covering all of the costs for as many of the Thresher’s descendants as possible, the organization welcomes any and all contributions from the public.

Information on how to donate can be found on the organization’s website: https://threshermemorial.org/fundraising.html.

Submariners honored at Thresher Base annual meeting in Seabrook

The attack submarine USS Thresher claimed the lives of 129 sailors and civilians when it sank due to an electrical failure off the coast of Cape Cod in 1963.

The Coast Guard flag and pole at Manchester's Veterans Park is a done deal.

Calif. inventor gets U.S. grant for massage device to help vets with PTSD

Since 2006, he's given veteran clinics and organizations about 3,500 of the devices, which sell for $66 apiece.

When Raymond Goulet Jr. learned he is this year’s recipient of the Maurice L. McQuillen Award from the Union Leader, he protested that others are more deserving.