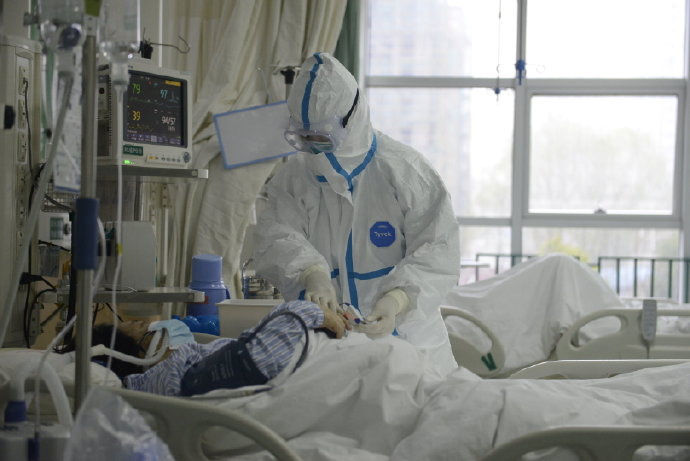 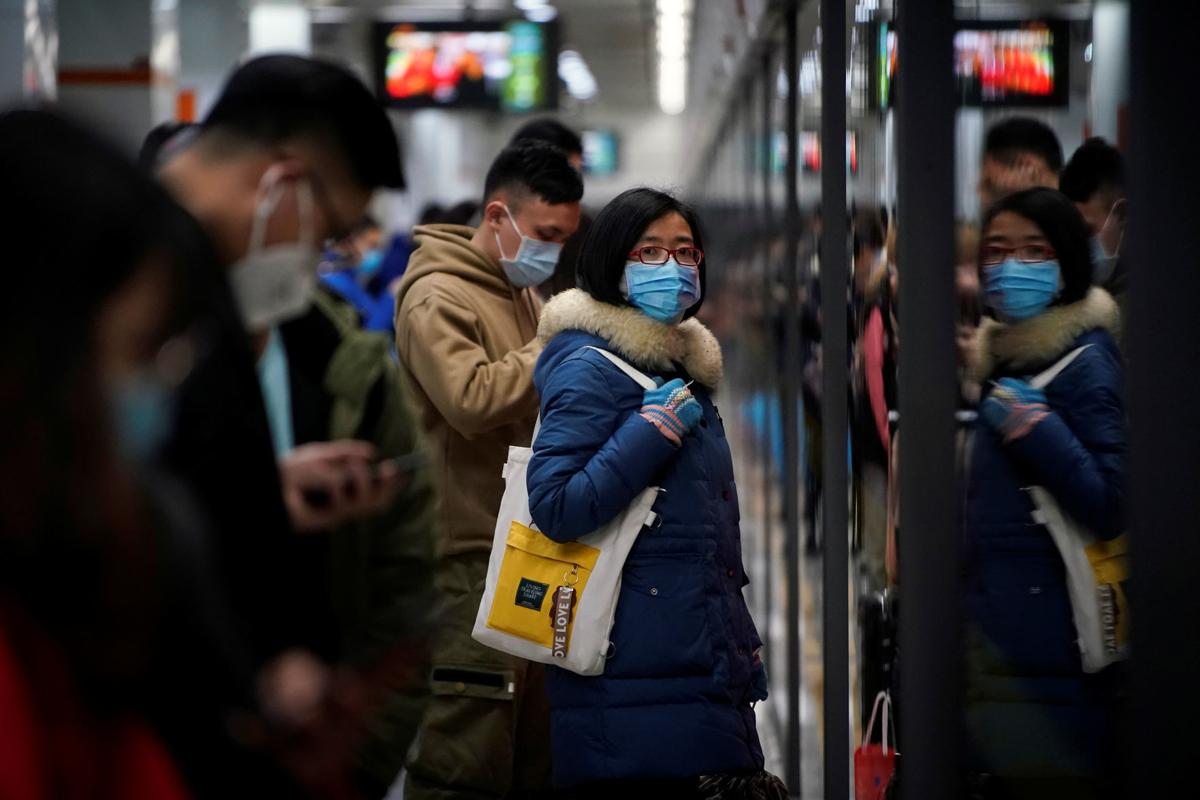 People wearing masks are seen at a subway station in Shanghai, China, on Thursday. The coronavirus has become a full-blown health crisis in China, and threatens to spread to other parts of the world.

People wearing masks are seen at a subway station in Shanghai, China, on Thursday. The coronavirus has become a full-blown health crisis in China, and threatens to spread to other parts of the world.

WHO says more than 650 people have been infected.

GENEVA/BEIJING — The World Health Organization called a new coronavirus that has killed 18 people in China and infected around 650 globally “an emergency in China” on Thursday, but stopped short of declaring the epidemic of international concern.

Chinese state television said 634 cases had been confirmed so far. China’s National Health Commission said there had been 17 deaths as a result of the virus in Hubei, the province at the center of the outbreak, and health authorities confirmed the first Chinese death outside Hubei.

Non-fatal cases have been found in at least seven other countries.

Health officials fear the transmission rate could accelerate as hundreds of millions of Chinese travel at home and abroad during week-long holidays for the Lunar New Year, which begins on Saturday.

Nonetheless, it was a “bit too early” to consider the outbreak a “Public Health Emergency of International Concern,” WHO Emergency Committee panel chair Didier Houssin said after the body met in Geneva. Such a designation would have required countries to step up the international response.

“Make no mistake, though, this is an emergency in China,” said WHO chief Tedros Adhanom Ghebreyesus.

“It has not yet become a global health emergency. It may yet become one,” he said.

Scrambling to contain the outbreak, the local government in Wuhan, a city of 11 million people in Hubei province, suspended most transport on Thursday, including outgoing flights, and people were told not to leave. Hours later, neighboring Huanggang, a city of about 7 million people, announced similar measures.

“The lockdown of 11 million people is unprecedented in public health history,” said Gauden Galea, the WHO’s representative in Beijing.

The organization said, however, that it was not yet recommending any broader restrictions on travel or trade.

The previously unknown virus strain is believed to have emerged late last year from illegally traded wildlife at an animal market in Wuhan.

It has created alarm because there are a number of unknowns surrounding it. It is too early to know just how dangerous it is and how easily it spreads between people.

There is no vaccine for the virus, which can spread through respiratory transmission. Symptoms include fever, difficulty breathing and coughing.

Michael Ryan, head of the WHO Health Emergencies Programme, said data from China suggested almost three-quarters of the cases were in people aged over 40, with some 40% having underlying health conditions.

“At the moment, we haven’t seen many mild cases,” he said, cautioning that it was difficult at the start of an epidemic to estimate the severity or true fatality rate.

There had been human-to-human transmission of the virus in China, limited to family groups and health workers, said Tedros.

Three research teams working on a vaccine, a global coalition set up to fight diseases said. It is aiming to have a shot developed and approved within a year.

The committee of 16 independent experts had been divided in its conclusion not to declare a global emergency, said Tedros, adding that the decision “should not be taken as a sign that the WHO does not think the situation is serious.”

Peter Piot, a professor of global health and director of the London School of Hygiene and Tropical Medicine, said the outbreak was at a critical phase.

“Regardless of the decision not to declare this a Public Health Emergency of International Concern, intensified international collaboration and more resources will be crucial to stopping this outbreak in its tracks,” he said. “There cannot be any complacency as to the need for global action.”

The biggest tumble in Chinese stocks in more than eight months led global equity markets lower on Thursday as concern mounted about the outbreak.

In Wuhan, the Hankou railway station was nearly deserted on Thursday, state broadcasts showed. State media reported highway toll booths around Wuhan were closing, effectively cutting off road exits, and all ride-hailing services would be canceled from Friday. Guards were patrolling highways, one resident said.

As the city slipped into isolation, residents thronged hospitals for medical checks and rushed to buy supplies, clearing out supermarket shelves and queuing for petrol.

Other cities were also taking steps to contain the virus.

The State Department warned travelers to exercise increased caution in China as airports worldwide stepped up the screening of passengers arriving from the country.

Five people were being tested in Scotland for the virus as a precaution, the BBC reported on Thursday. All had respiratory symptoms and had recently been in Wuhan, it said.

Chinese-ruled Hong Kong, which has two confirmed cases, is turning two holiday camps into quarantine stations as a precaution.

Taiwan has banned anyone from Wuhan from going to the island.

Chinese people had their own ways of protecting themselves.

“I go straight to where I need to go, and then I go home,” said 79-year-old Li Meihua, from behind a mask, on the streets of Shanghai.

Two in NH being tested for coronavirus

WASHINGTON — Americans abroad still lack a sense of urgency to get back home even though the coronavirus pandemic has intensified, a senior State Department official said on Wednesday, urging them to return now unless they are prepared to remain overseas indefinitely.

MOSCOW/WASHINGTON — Russia is sending the United States medical equipment to help fight the coronavirus pandemic, a public relations coup for Russian President Vladimir Putin after he discussed the crisis with President Donald Trump.

PANAMA CITY — A cruise ship stuck off Panama’s Pacific coast after four passengers died and more than 130 others developed influenza-like symptoms, including at least two with the coronavirus, will be allowed to proceed through the Panama Canal, the government said on Saturday.

WHO says coronavirus cases stabilizing in China, but outbreak could go any way

WHO says coronavirus cases stabilizing in China, but outbreak could go any way