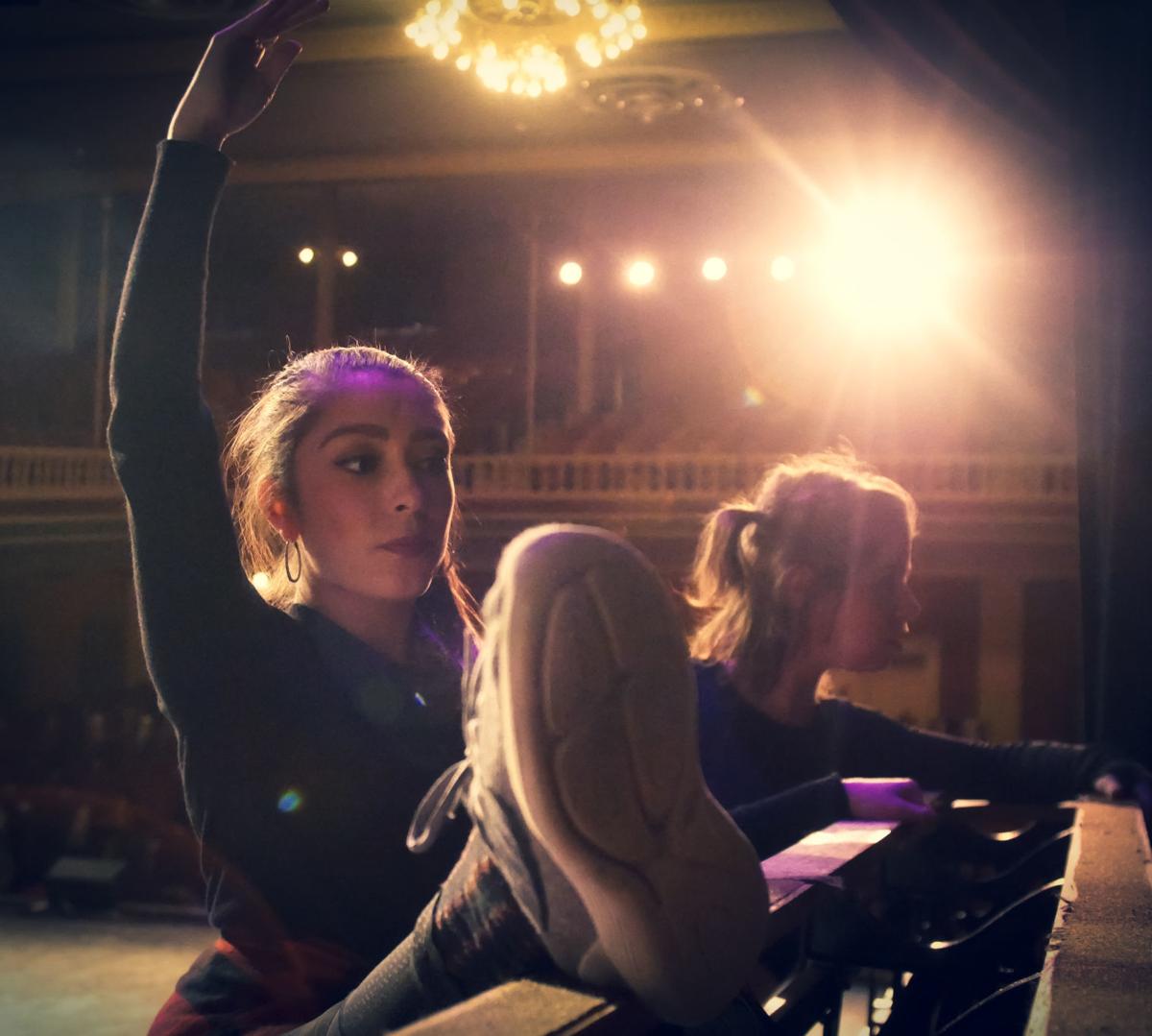 The triumphs and the trials of the audition process and a life under the lights take center stage in Seacoast Repertory Theatre’s Seacoast production of “A Chorus Line,” which is being directed by Brian Knowlton. 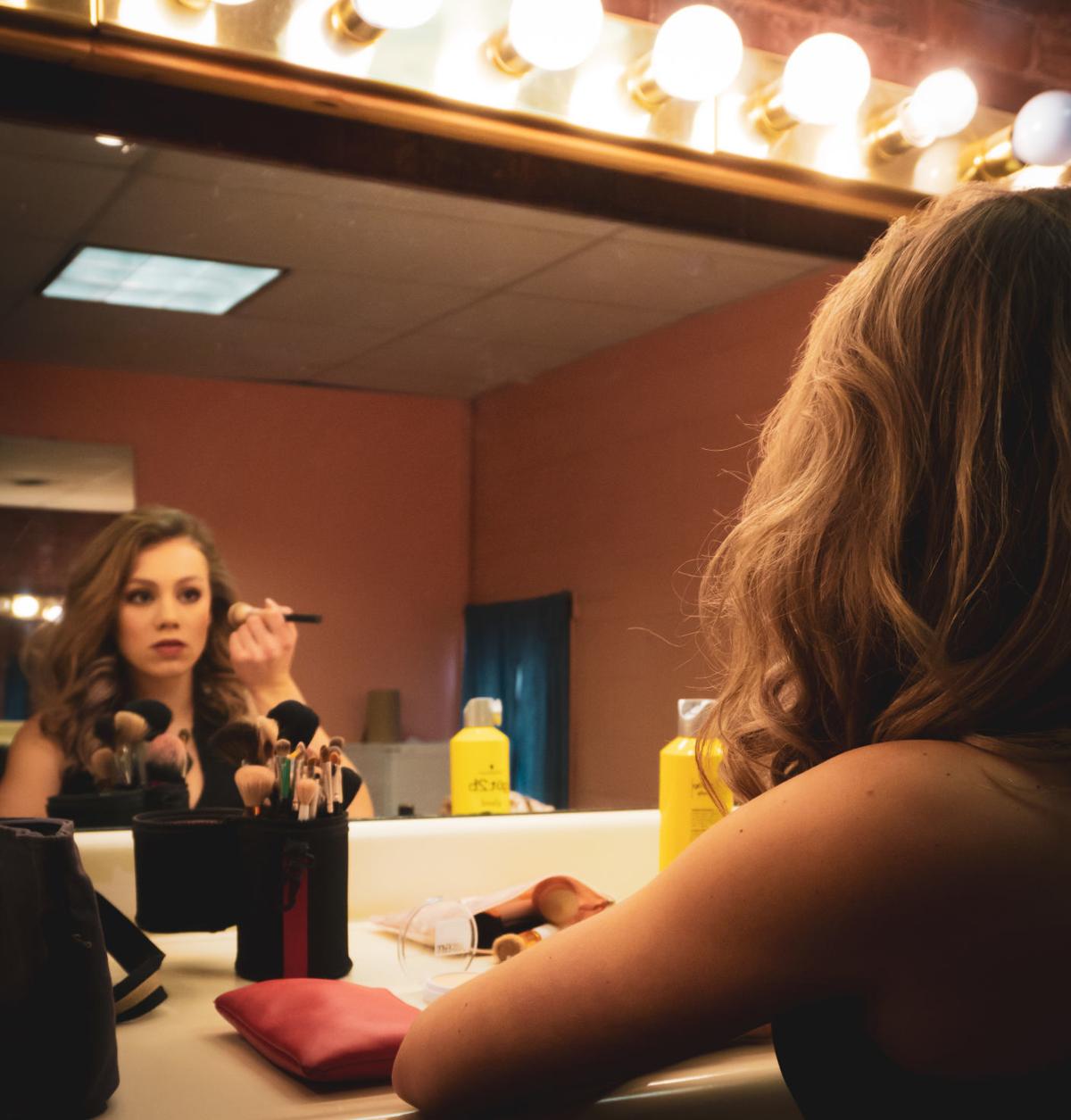 It takes a lot of grit to find the glam as a professional dancer in “A Chorus Line.”

The triumphs and the trials of the audition process and a life under the lights take center stage in Seacoast Repertory Theatre’s Seacoast production of “A Chorus Line,” which is being directed by Brian Knowlton.

It takes a lot of grit to find the glam as a professional dancer in “A Chorus Line.”

The Seacoast Repertory Theatre’s production of “A Chorus Line” represents a full circle in the career of its director Bryan Knowlton.

He’s gone from unsuccessfully auditioning for a role in the musical as a youth to performing in its Broadway revival. Now he returns to Portsmouth two decades later to direct a production of the story that often seemed to mirror his life.

“I am so thrilled to be able to come back to the place where it all started. This show changed my life,” Knowlton said.

“A Chorus Line,” which opens Friday at the Seacoast Rep, is a defining show of American musical theater. With its story of hopeful dancers baring their souls as they audition for a dream role, “A Chorus Line” opened on Broadway in 1975. It won nine Tony awards and a Pulitzer Prize, and held the record for the longest running show in Broadway history when it closed in 1990.

“A Chorus Line was shaped and formed around the heartbeat of a dancer, and 45 years later the show is a powerful as it’s ever been,” Knowlton said. “At its heart it’s a story about people’s manifestations of a dream and the dream becoming a reality.”

The story is equal parts glitz and grit, hope and heartbreak. It emerged from the taped sessions of a group of 19 dancers in New York, candidly discussing their personal and professional lives. The many hours of recordings from multiple sessions were woven into a musical by choreographer Michael Bennett and writers James Kirkwood Jr. and Nicholas Dante.

Marvin Hamlish and Edward Kleban wrote the memorable songs, including “One,” “I Hope I Get It” and “What I Did for Love.”

Although he never met Bennett, who died in 1987, Knowlton has worked with several performers from the original Broadway run.

In addition to performing in the revival, he toured with the national company of “A Chorus Line,” played in regional theater shows, and directed an earlier production at the Seacoast Rep before hanging up his dancing shoes in 2014 to become a director and choreographer.

“I’m like one generation away from working with Michael Bennett,” Knowlton said. “I feel as though with all of the knowledge and all the experience that I’ve had with ‘A Chorus Line,’ I’m allotted the opportunity to pass the torch on to a new generation of people who will also be setting the show some day.”

Knowlton’s introduction to “A Chorus Line” came with the Seacoast Rep’s production in 1997, directed by Laurie Gamache, a veteran of the original Broadway run. In his early teens, Knowlton tried out for the central role of Paul San Marco, who has an emotionally charged monologue discussing coming out as gay to his parents, and his conflicts over manhood and sexuality.

Knowlton didn’t get the part, but he received valuable encouragement from Gamache. “She took me out to lunch one day and said, ‘Listen, you can’t play Paul right now because you’re too young. But one day you will. You could make a living off ‘A Chorus Line.’ And I did. My opening night when I went on Broadway, she sent me a bouquet of flowers,” Knowlton said.

A Chorus Line is the Rep’s second main stage production reflecting a year-long theme of “Hindsight 2020,” in which theater classics were selected to highlight American historical and cultural trends that led up to now.

When not in Portsmouth, Knowlton divides his home between New York and London, where his husband works. He is still pursuing theater dreams – now aiming to direct and choreograph an award-winning Broadway production. But he can take satisfaction in the journey that began at the Seacoast Rep many years ago.

“I am from Portsmouth originally, and I grew up doing theater at Seacoast Repertory Theater. For 10 years I cultivated my craft at SRT through extraordinary teachers and mentors and all while manifesting the idea that one day this Portsmouth kid would make it to New York City and make it on Broadway.

“This show helped me achieve my fullest potential as a dancer,” Knowlton said. “The part I played, it challenged me, it made me let go of my past and be proud of where I come from and who I am now — a gay man, a husband, a son a brother, an uncle. I’m forever grateful for the opportunities the show provided for me.”