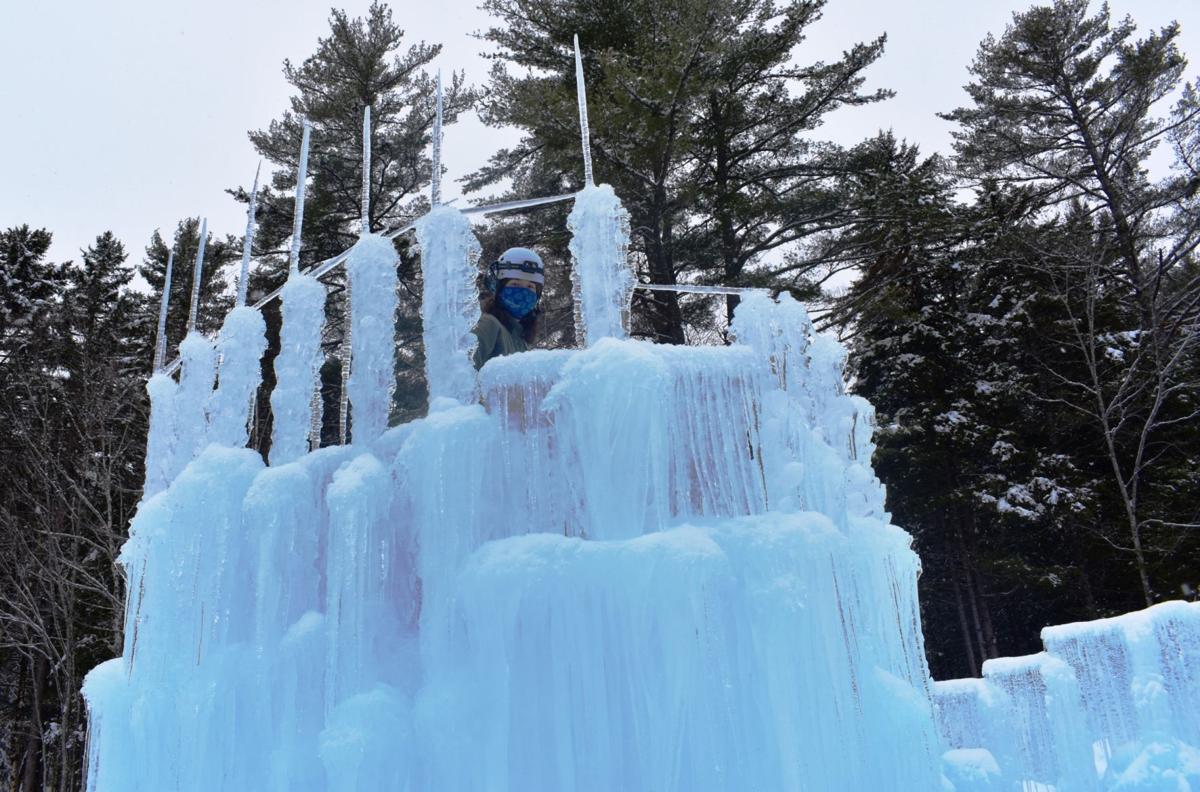 Brooke Phillips, who is among some two dozen people building the Ice Castles attraction in North Woodstock, works on the water supply to one of the attraction’s towers. 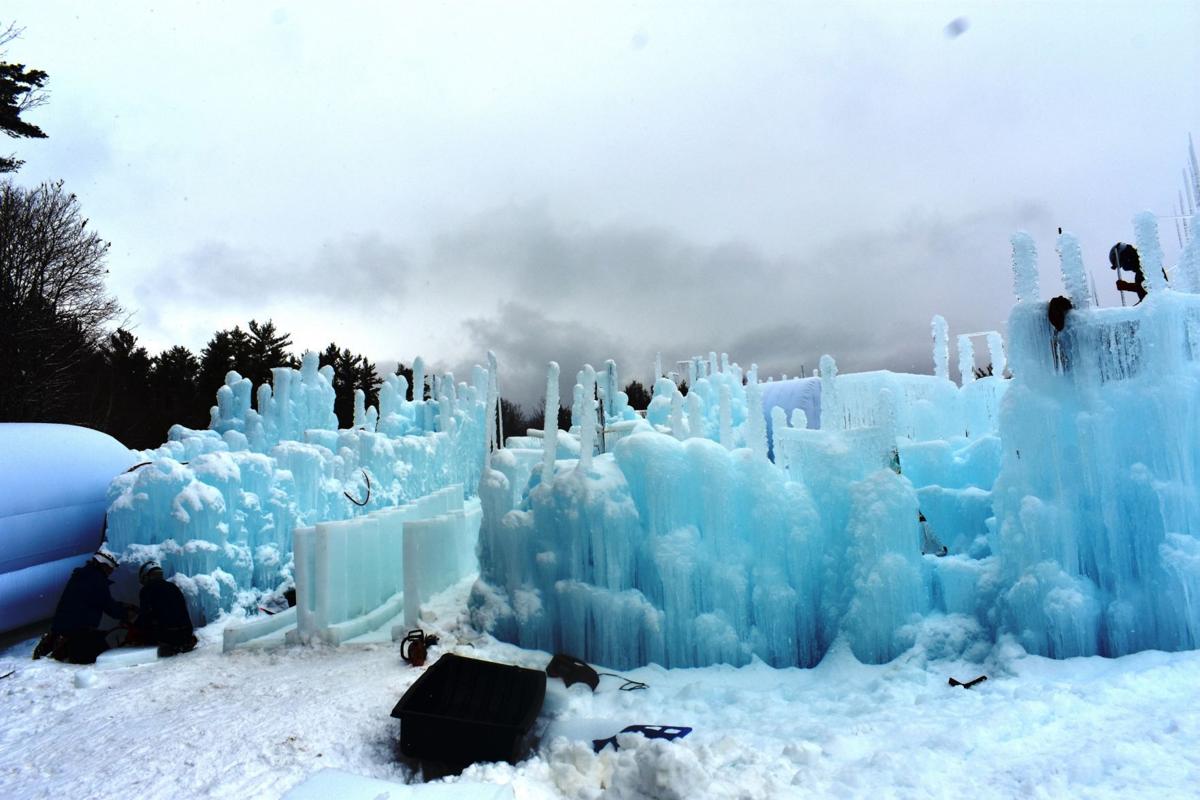 Brooke Phillips, who is among some two dozen people building the Ice Castles attraction in North Woodstock, works on the water supply to one of the attraction’s towers.

NORTH WOODSTOCK — The December thaw set back the annual Ice Castles attraction, but builders continue to work on the acre-sized site in hopes of opening in mid January.

“The weather’s been challenging, but the long-term forecast is promising,” said Tom Buchtman, the “build manager” for the attraction.

Forecasts Wednesday morning were calling for temperatures in the 20s down into the teens and possibly single digits in North Woodstock through Monday.

Buchtman said this year’s castle will feature two thrones and towers that are 35 feet tall, and a slide will be expanded from two to four lanes to limit wait time and increase distance between visitors.

Unlike many other attractions in the White Mountains that scrambled to adopt an all-online reservation system in 2020, the North Woodstock ice castle has long done business that way, said events manager Brit Bateman.

Bateman said the “Mystic Light Trail” will return, and there will be all new music.

Now in four states and in Alberta, Canada, the first ice castle was built in 2008 in Brent Christensen’s backyard in Alpine, Utah. Christensen learned how to “grow” icicles which could then be transformed into walls, turrets and with enough of them, castles.

In 2013, as part of Ice Castles LLC, the first ice castle on the East Coast opened at Loon Mountain Resort in Lincoln and then moved to a larger space.

But after causing traffic backups onto Interstate 93 for several years, the ice castle was moved to a 70-acre property at the end of Clark Farm Road, off Route 112, in North Woodstock.

There will be horse-pulled carriage rides, and the gift shop and bakery concession stand will be open. Visitors no longer need to exit the ice castle through the gift shop only.