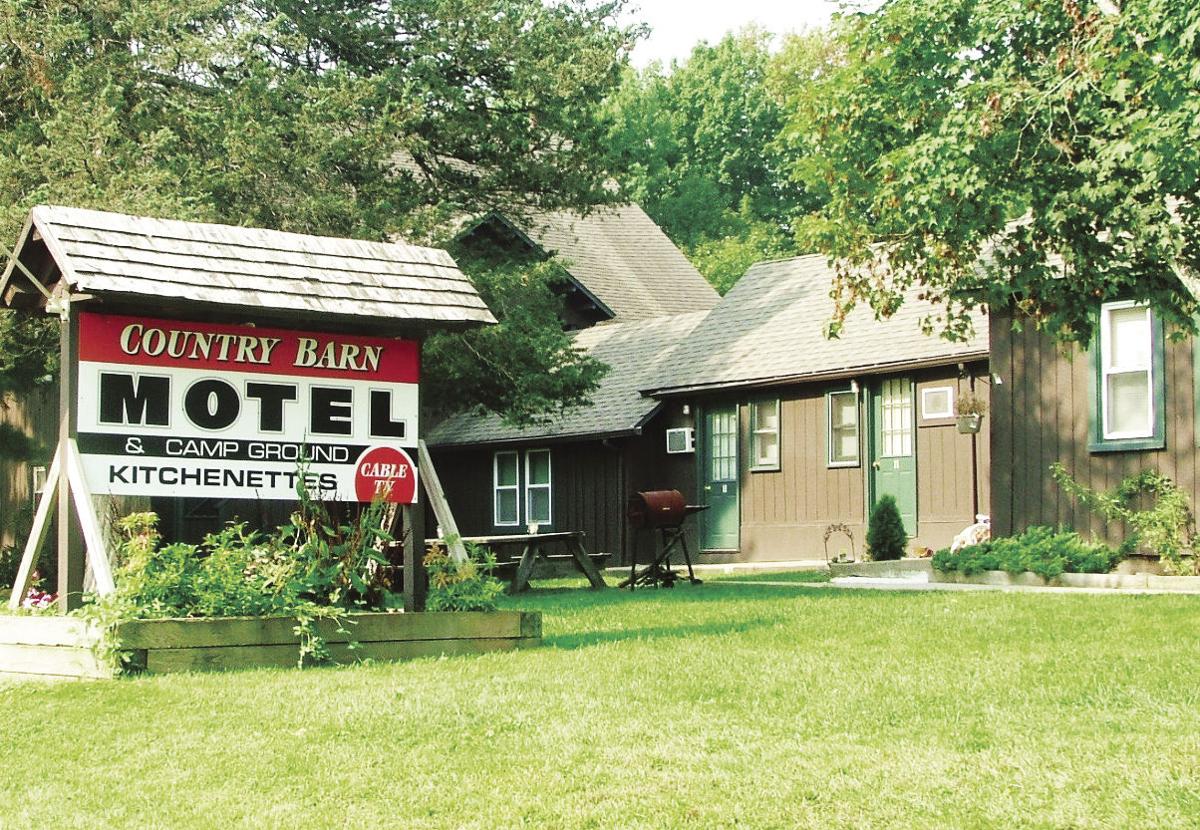 The Country Barn Motel in Nashua was featured this week on the Travel Channel's “Hotel Impossible” television show, which did not portray the establishment in a good light. 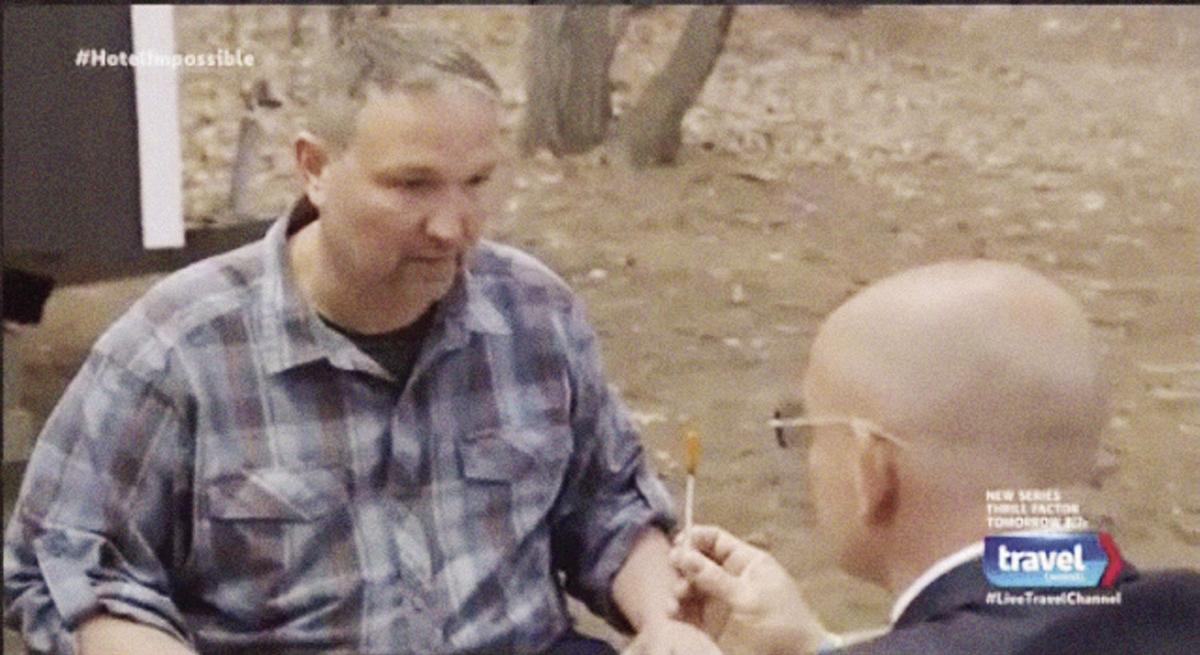 Host Anthony Melchiorri confronts Country Barn Motel co-owner Tom Lavoie with a syringe found in one of the motel's rooms during Tuesday's episode of “Hotel Impossible” on the Travel Channel.

The Country Barn Motel in Nashua was featured this week on the Travel Channel's “Hotel Impossible” television show, which did not portray the establishment in a good light.

Host Anthony Melchiorri confronts Country Barn Motel co-owner Tom Lavoie with a syringe found in one of the motel's rooms during Tuesday's episode of “Hotel Impossible” on the Travel Channel.

NASHUA — After Tuesday’s airing of “Hotel Impossible,” a Travel Channel show that tore into the Country Barn Motel on Broad Street, one local landlord is demanding that the motel be shut down.

“From a moral standpoint, it is disgusting. It is definitely unsanitary and unhealthy,” said Nathaniel Durgin, who owns property on nearby Unicorn Way.

Meanwhile, a part-owner of Country Barn said the TV show — which highlighted a bedbug infestation, displaced syringe, blood stains on mattresses and mold in bathrooms — opened his eyes to some lingering problems at the motel and campground, and that he is working to improve the establishment.

Tom Lavoie said Wednesday the show inspected the cabins before they were cleaned and the campground portion of the property opened for the season this past April.

Lavoie said the bedbug infestation would have been treated before any guests were allowed in the rooms.

In addition, Lavoie said he is working to renovate additional rooms and cabins. One room and one cabin were updated during the filming of the show in April, he said. Since then, Lavoie said, two or three more of each have also been updated.

“It was good for us to kind of wake up and pay attention to it,” said Lavoie, adding his motel continues to address the issue of bedbugs, a big focus on “Hotel Impossible.”

Lavoie said he has spent thousands trying to remedy the ongoing bedbug infestations. Since the show, he has purchased a heat-treatment system unit that allows him to address the matter instantly when bedbugs are detected.

Lavoie acknowledged that he and his late brother, Tim, along with his cousin, Dan Gagnon, may not have paid as much attention to the motel as they should have, primarily because they own other properties and have other sources of income.

The motel and campground are used primarily for longer-term stays by people in need.

“We are providing housing for people. They are not coming here for a recreational campground,” said Lavoie. “There is a need in the community, and there is no place for these people.”

The city provides monthly welfare assistance to three establishments in Nashua, including the Country Barn Motel. Vouchers are given to residents who may find themselves in need of a place to stay.

Nelson Ortega, manager of the city’s code enforcement department, said Wednesday that the Country Barn is a legal motel governed and inspected by the city’s environmental health department.

“We have been there and inspected it. It is a legitimate campground that has been there for years, probably 60 or 70 years or so,” said Ortega. “We have had complaints there throughout the years.”

Still, Ortega said the owners have made attempts to correct many issues, and have had a pest company come and spray to reduce the bedbug problem.

“When we call them with complaints, corrections are made,” he said.

In need of direction

During Tuesday’s episode on the Travel Channel, host Anthony Melchiorri had some harsh words for the owners, describing the motel as “horrific, “a craphole” and “one step above a homeless shelter.”

“You are facilitating people to be drug addicts,” Melchiorri said, referring to the motel’s advertisement stressing that background checks are not necessary for guests.

“Thirty years of doing this — worst hotel I have ever seen,” Melchiorri said. ” ... I feel like you don’t have a moral compass.”

But Gagnon, one of the owners, said the motel is not being kept open to make money, but to help families that are down on their luck.

“We don’t know how to run a hotel,” Gagnon admitted during the show.

“I think we need some direction,” he said. Gagnon eventually purchased a swingset for the children living at the motel and campground.

The third co-owner, Tim Lavoie, told Melchiorri that he has lost a significant amount of money trying to help people by letting them live at the facility for free. Lavoie walked out during an on-camera interview with his two partners and was not involved in the rest of the show.

Tim Lavoie died in a motorcycle accident soon after the show was filmed in the spring. After the closing credits, Melchiorri acknowledged Lavoie’s death and lauded him for being willing to discuss his philosophy regarding the business on national TV, despite not seeing eye to eye with the host.

Durgin, the nearby landlord who has aired his complaints with city officials, the mayor and even the governor in the past, said he is fed up with the Country Barn. He said the show exposed many of the problems he has been trying to fight.

“It is not a motel. It is not a campground. It is an area where people go to do drugs. It doesn’t belong in the city,” argued Durgin.

Tom Lavoie said that if police investigate drug use at the motel, the guests involved are thrown out immediately.

“There is not much more we can do about it,” he said.