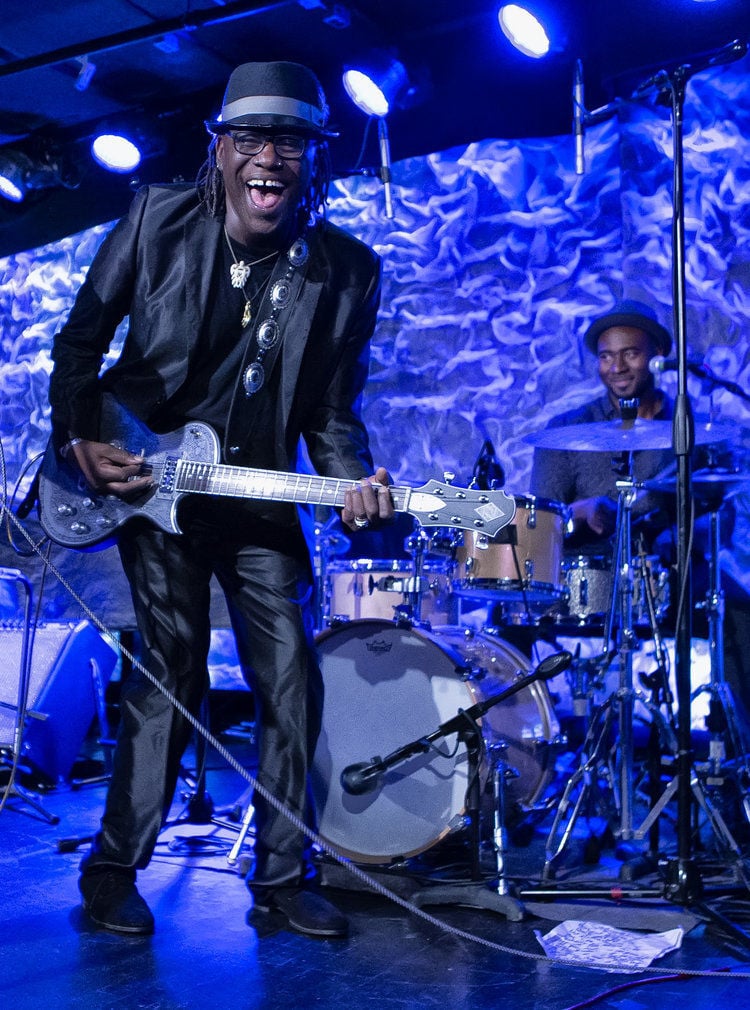 Inducted into the Blues Hall of Fame in 2013, Joe Louis Walker has a new album, “Blues Comin’ On.” Walker — with his signature from-the-gut guitar work and grizzled voice — is headed to Tupelo Music Hall in Derry to play an outdoor show at 6 p.m. Friday. 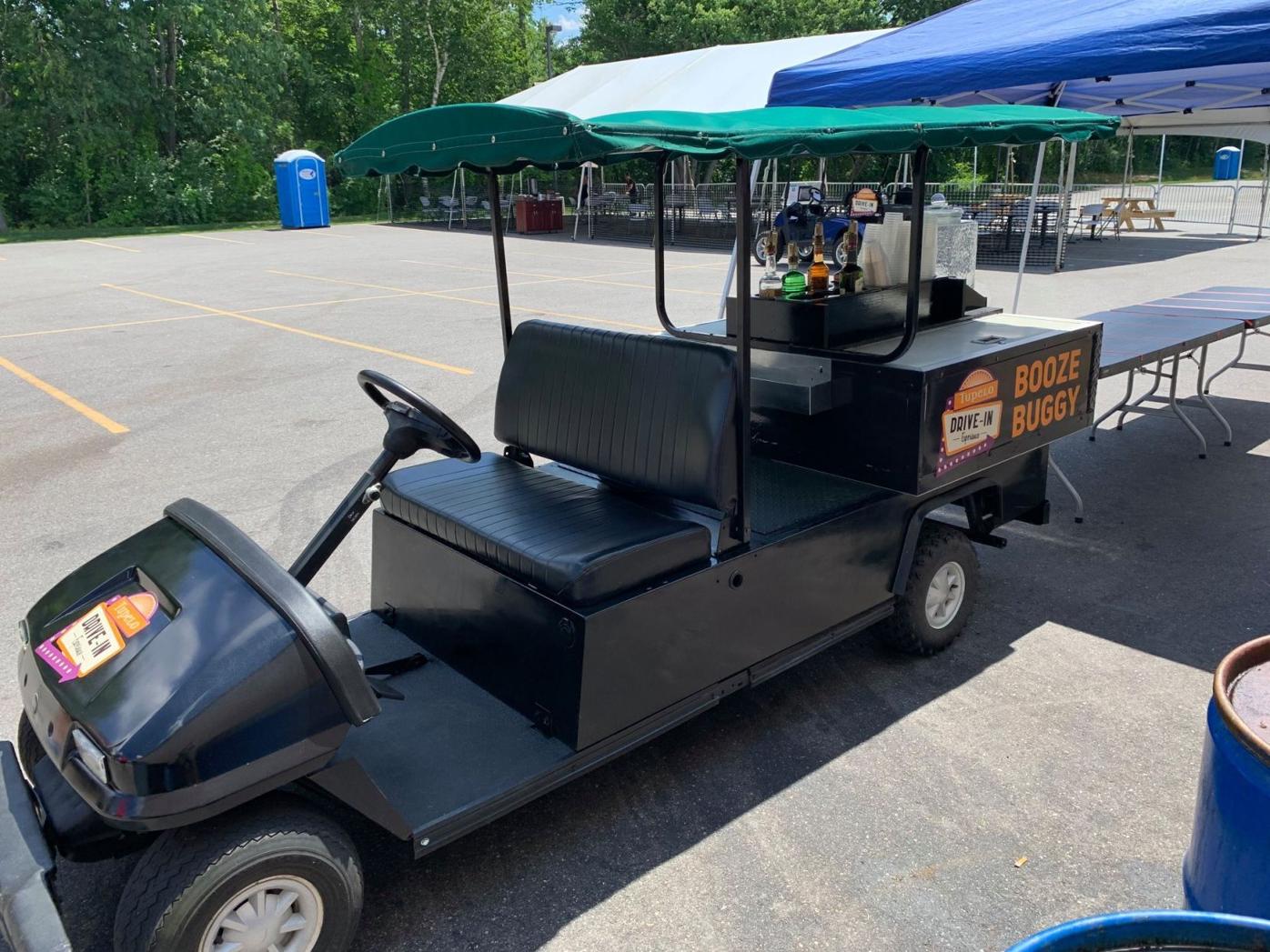 The Booze Buggy, a golf cart outfitted with beverages for sale, is on the move at Tupelo Music Hall's Drive-in Experience in Derry.

Inducted into the Blues Hall of Fame in 2013, Joe Louis Walker has a new album, “Blues Comin’ On.” Walker — with his signature from-the-gut guitar work and grizzled voice — is headed to Tupelo Music Hall in Derry to play an outdoor show at 6 p.m. Friday.

The Booze Buggy, a golf cart outfitted with beverages for sale, is on the move at Tupelo Music Hall's Drive-in Experience in Derry.

The tumultuous first half of 2020 has been enough to bring anyone down, even a guy whose trailblazing command of the blues earned him a place in the Blues Hall of Fame.

“In the United States, we could use a six-month shower of positivity,” Joe Louis Walker said with a laugh. “‘Cuz in the last six months … Shakespeare, George Orwell, Stephen King, Alfred Hitchcock (and) Edgar Allan Poe couldn’t have written something this bizarre as what we’re experiencing in this country.”

Though his international and national tour dates stalled during the pandemic, Walker, 70, released a new album, “Blues Comin’ On,” in June on Cleopatra Records, and he and his bandmates are headed to New Hampshire to do a drive-in concert at Tupelo Music Hall in Derry Friday night. It’s their first live stage show in front of an audience since Feb. 25.

“I’m anxious for the situation to be safe, not just for me but for my countrymen and fellow citizens around the world,” he said. “As a musician I make my livelihood performing and traveling, and it’s pretty daunting that we don’t have the slightest idea — people in my profession — as to when we will be able to do what we do. Drive-in theaters are a good stop-gap measure.”

Tupelo Music Hall, 10 A St., was one of the first entertainment venues in the Granite State to transform itself from indoor concerts to drive-in shows as a response to social distancing dictates.

“They’ve got a good handle on it. They’ve had pretty good success and feedback. They are really good people,” said Walker, who has played shows inside the hall in the past. “I’m just like millions and millions ... of people who have to deal with the hand we’re dealt. I’m trying to make the best of it.”

Walker, a four-time Blues Music Award winner who has played on multiple Grammy Award-winning albums, is known for his versatile take on the blues with a mix of experiences in roots and psychedelic rock, jazz, soul, funk and gospel. He has collaborated with artists including Branford Marsalis, James Cotton, Tower of Power, Bonnie Raitt, Buddy Guy, Taj Mahal, Ike Turner and Clarence “Gatemouth” Brown.”

“A part of my upbringing was singing in gospel groups,” Walker said of his early years in California. “I have a real heightened sense of singing. My idea of a good song in blues is NOT: the first verse, ‘I lost my baby’; the second verse, ‘I’m gonna find my baby’; then a guitar solo, and then the last verse, ‘I found my baby.’

“I know there’s a bunch of musicians who can do that, and be satisfied and (have) the audience love it, but I’m not one of those guys.”

Walker continues to mix it up. For his latest album, he assembled an impressive list of guest artists, including Mitch Ryder, Jorma Kaukonen, David Bromberg, Lee Oskar, John Sebastian, Dion, Albert Lee, Keb Mo and others.

“I made this album to showcase different influences that inform the way I play,” he said. “One of the surprising things for me was Carla Cooke, Sam Cook’s daughter, who sings the ballads (‘Someday, Someway,’ ‘Awake Me Shake Me’) with me. I’d never met Carla, but when I heard that voice, I said, ‘This is going to be something special.’”

“And that to me is the reason for doing collaborations,” Walker added. “It takes you out of your wheelhouse. You find something that you had no idea that was going to really be special. I was very bowled over by Carla. I just don’t understand why she isn’t a big star in this country.”

“I’m pretty sure that would get people’s attention,” said Walker.

Collectively, Walker’s new album is a soul-baring collection of moods and attitudes, from the swagger of “The Thing” to the rock slant of “7 & 7 Is” to the rousing joy of “Uptown to Harlem.” And, as always, the precision is deceiving. It takes a whole lot of skill to go from raw ache to sharp stabs of despair and tongue-in-cheek to jubilant.

Each song, he said, is like honing in on a character trait or personality.

“You really have to step outside of yourself, especially when singing with other people, and see which voice requires the type of timber and blending that the song requires,” he said.

But there’s one sound Walker isn’t familiar with yet.

“They tell me I gotta get used to people honking the horn (instead of clapping),” Walker said, chuckling before turning serious about how things have changed. He welcomes the chance to perform but looks forward to a time when it’s safe to go old-school.

“It’s about proximity. I can look at people’s eyes, connect with people. Ingenious as it is having virtual shows and drive-in shows, there ain’t nothing like the real thing,” Walker said.

Notes: There are options for restaurant seating under a tent, and Tupelo this week announced a Booze Buggy (a golf cart driven by a bartender) will be on site.