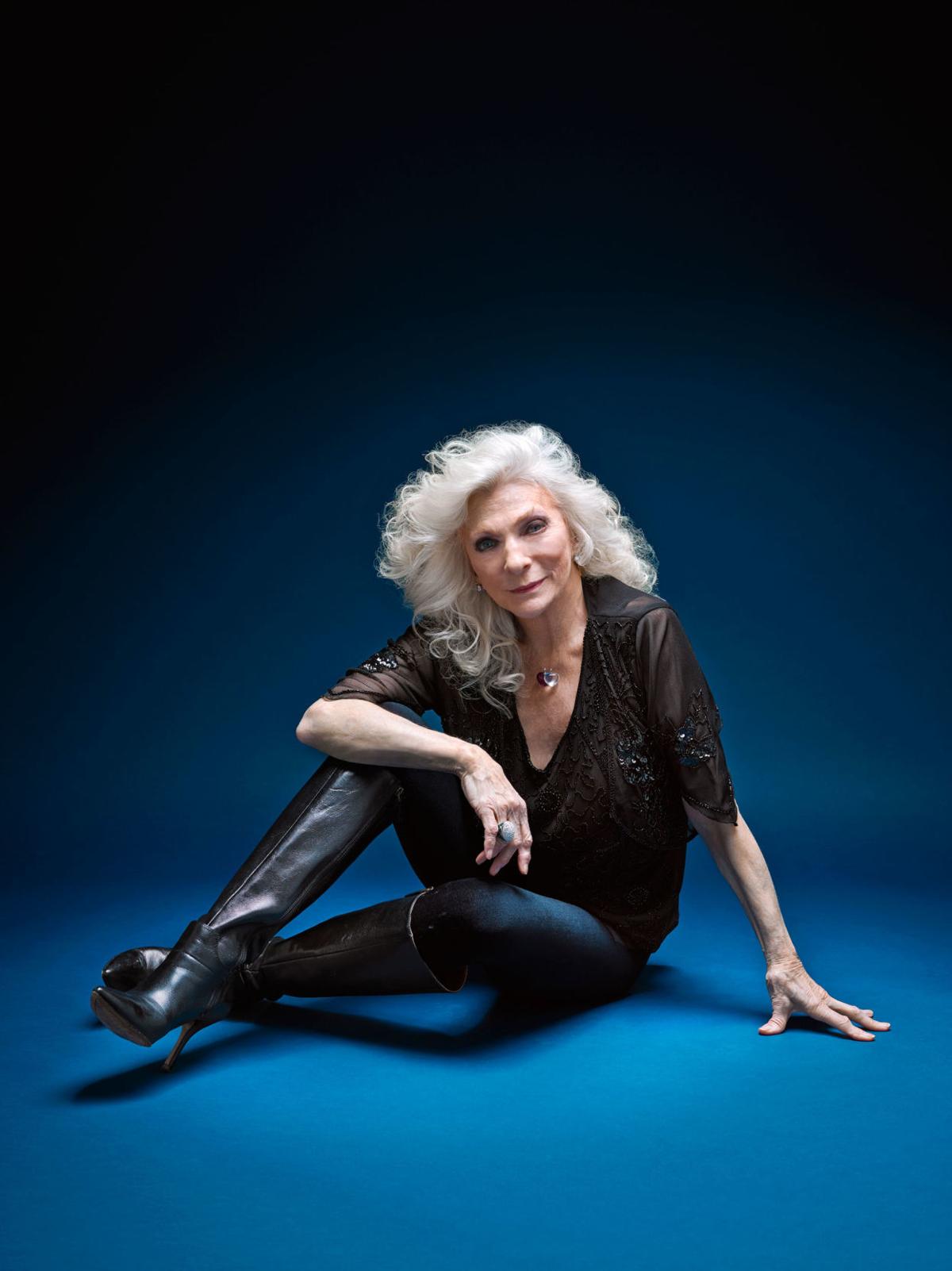 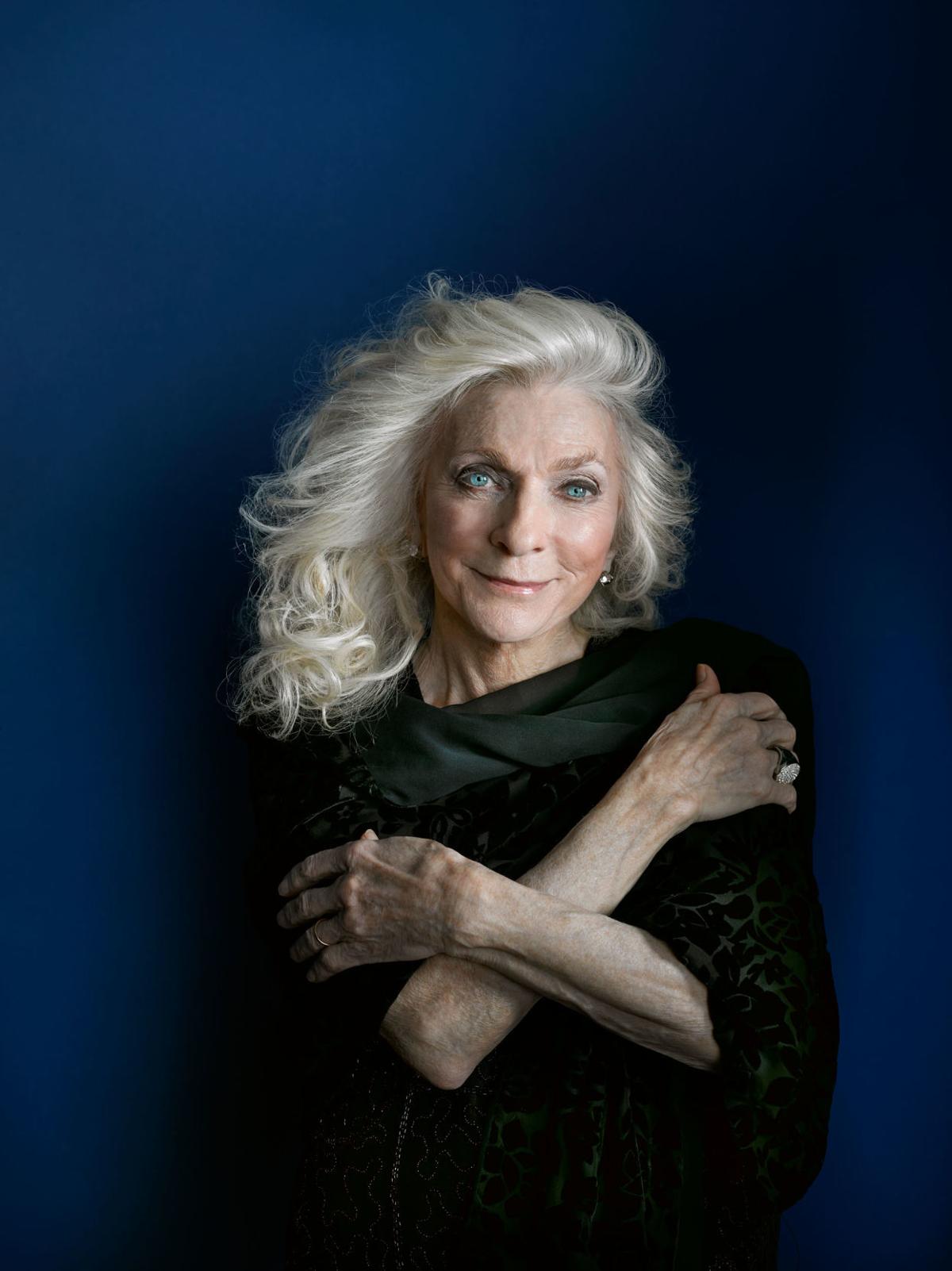 Folk icon Judy Collins, who has had gold- and platinum-selling albums over the past 60 years, scored her first No. Billboard album in 2019 with “Winter Stories,” a bluegrass collaboration with Norwegian artist Jonas Fjeld and bluegrass group Chatham County Line.

Folk icon Judy Collins, who has had gold- and platinum-selling albums over the past 60 years, scored her first No. Billboard album in 2019 with “Winter Stories,” a bluegrass collaboration with Norwegian artist Jonas Fjeld and bluegrass group Chatham County Line.

Judy Collins has spent the past 60 years spreading messages of hope and healing, so it’s not surprising that the folk icon, writer and activist took to her Facebook page to offer some comfort in the standstill caused by the coronavirus outbreak.

Collins on March 12 posted a poem she’d written, her characteristic blend of vulnerability, resilience and humor intact. A snippet:

All your big troubles licked

So sleep till you’re really rested.”

Less than a week after saying she still planned to visit the Granite State this weekend, Collins has postponed her Flying Monkey show in Plymouth, moving it from March 21 to Oct. 31 amid calls for social distancing.

At 80, Collins isn’t usually one to rest. She does about 120 concerts a year, including U.S. and international dates.

“It’s good to be busy. It keeps me sane,” she told NHWeekend in a recent telephone interview.

Collins, who won a 1968 Grammy for her rendition of Joni Mitchell’s “Both Sides Now,” has the gold- and platinum-selling records to prove her dedication.

Her latest project, 2019’s “Winter Stories,” a bluegrass collaboration with Norwegian singer Jonas Fjeld and the band Chatham County Line, is making a mark on the charts.

“It’s my first No 1 Billboard album,” she said. “I’ve had a lot of numbers on Billboard but not No. 1. I’ve sold millions of albums over the course of a long career — 60 years in this business. If you get into the Top 200, you’ve done very well, and that’s happened to me many times. (But) being No. 1 is lovely. I like it!”

Collins has had a flurry of album releases in the past handful of years, including 2015’s ”Strangers Again,” featuring duets with Jackson Browne, Willie Nelson and Jeff Bridges; 2016’s ”Silver Skies Blue,” a Grammy-nominated album of duets with Ari Hest; and 2017’s “Everybody Knows,” with longtime friend Stephen Stills, who memorably sang of Collins in the classic song “Suite: Judy Blue Eyes.”

And then there’s her social media photos, which prompts this reporter to mention that not many people can say they’ve been kissed by Kermit the Frog and had pictures taken with everyone from Dolly Parton to Taylor Swift.

“Yeah, I get around,” she said, letting go with a rolling laugh.

Last year she was invited to the American Academy of Achievement’s 53rd International Achievement Summit in New York City and met luminaries in wide-ranging fields, from young scholars to scientists, entrepreneurs and artists, including rocker Steven Tyler of Aerosmith fame.

“Steven was there. Jimmy Page was there — the people who were inducted into this hall of fame — everybody from Andrew Lloyd Webber to Van Morrison. It was quite an event. Actually, I was kind of stunned. Buddy Guy was there. It was just amazing. It was great.”

Though New York has been her home base for quite a while, Colorado holds a special place in her heart.

“I was raised in Colorado pretty much after the age of 9, and I’m very close to its history, the landscape and memories,” said Collins, “A lot of things have come out of Colorado, including (the songs) “The Blizzard” and “Mountain Girl” (off “Winter Stories”). My publishing company is called Wildflowers, and my production company is called Rocky Mountain Productions.”

She said the idea of doing the collaboration with Fjeld and bluegrass band Chatham County Line was her manager’s idea.

“Musically it made sense,” she said, and after a subsequent session to see how they worked together went well, all the players set about picking songs.

“I think we came upon some really delicious choices, and some of them were unexpected. But I think (others) were natural choices. “The “Northwest Passage,” for me, was a natural. It was written by a fellow named Stan Rogers, a Canadian that I missed out on somehow. I’ve recorded a lot of songs by Canadians over the years, including Joni and, of course, (mentor) Leonard Cohen, but I had missed Rogers.

“The song is so magnificent,” she added. “It’s really almost a national anthem in Canada, and how we’re able to bring it to the rest of the world, which I think is really a treat.”

“We were over there for two weeks, and did sold-out shows at the opera house in Oslo,” she said. “We were nominated for a Norwegian equivalent of an American Grammy, which is called the Spellemann,.”

Collins had planned to go to Norway to be at the awards ceremony there at the end of the month, but that, too, was impacted by the spread of the coronavirus.

“It’s not going to last forever, so we’ll get there,” Collins said.

Collins has long spoken her mind about social, mental and environmental concerns, and she has plans to create a new rendition of her song “The Dreamers.”

“It has been out there for a couple of years now. It tells you a lot about what I’m thinking. I recorded it a cappella, with a video filled with immigration photographs and people who are from other parts of the world, and now I’ll put it on my new album, which I’m working on. Hopefully it will be a combination of contrasting songs about life in general.”

She jokes that she always liked to talk.

“I was raised in a family of a lot of conversations and a lot of back and forth — you know, sort of like dinner around the table with the family where you throw out your ideas, talk about politics, talk about what you had for lunch, where you’re going tomorrow,” Collins said.

Over the years, Collins has been an active voice regarding many difficult issues, from eating disorders and addictions to suicide after the death of her son, Clark, in 1992. A tattoo on her wrist, visible in a photo recently posted on social media, reminds her daily of him. When asked about it, Collins said, “It’s in memory of my son. On the inside of my wrist his name is printed out, Clark, in script and then the bird is on my wrist. Yes, you know you forget about these tattoos, you forget that they show (in photos). It’s a beautiful bird. The guy who did this is Chris Garver (known for the reality show ‘Miami Ink’).”

The apparent suicide of chef and TV personality Anthony Bordaine at 61 led his mother, Gladys Bordaine, to extend an usual request to Collins.

“Anthony Bordaine’s mother, who became a friend after (Bordaine’s) death, said to me one day, ‘Do you want to go down to the tattoo parlor ‘cuz I’m going to get tony’s name tattooed on my wrist, and so I went with her. We were late so Chris didn’t have time to do both of us, so I sat with her while she got Tony’s tattoo on her wrist,” Collins said.

A week later, Collins went back and got her own tattoo.

“It’s not something I thought I’d do before. For me it’s very touching because it reminds me of my son always,” she said.

Gladys Bordaine died this past January.

'A poem for today'

The planet is taking a breather