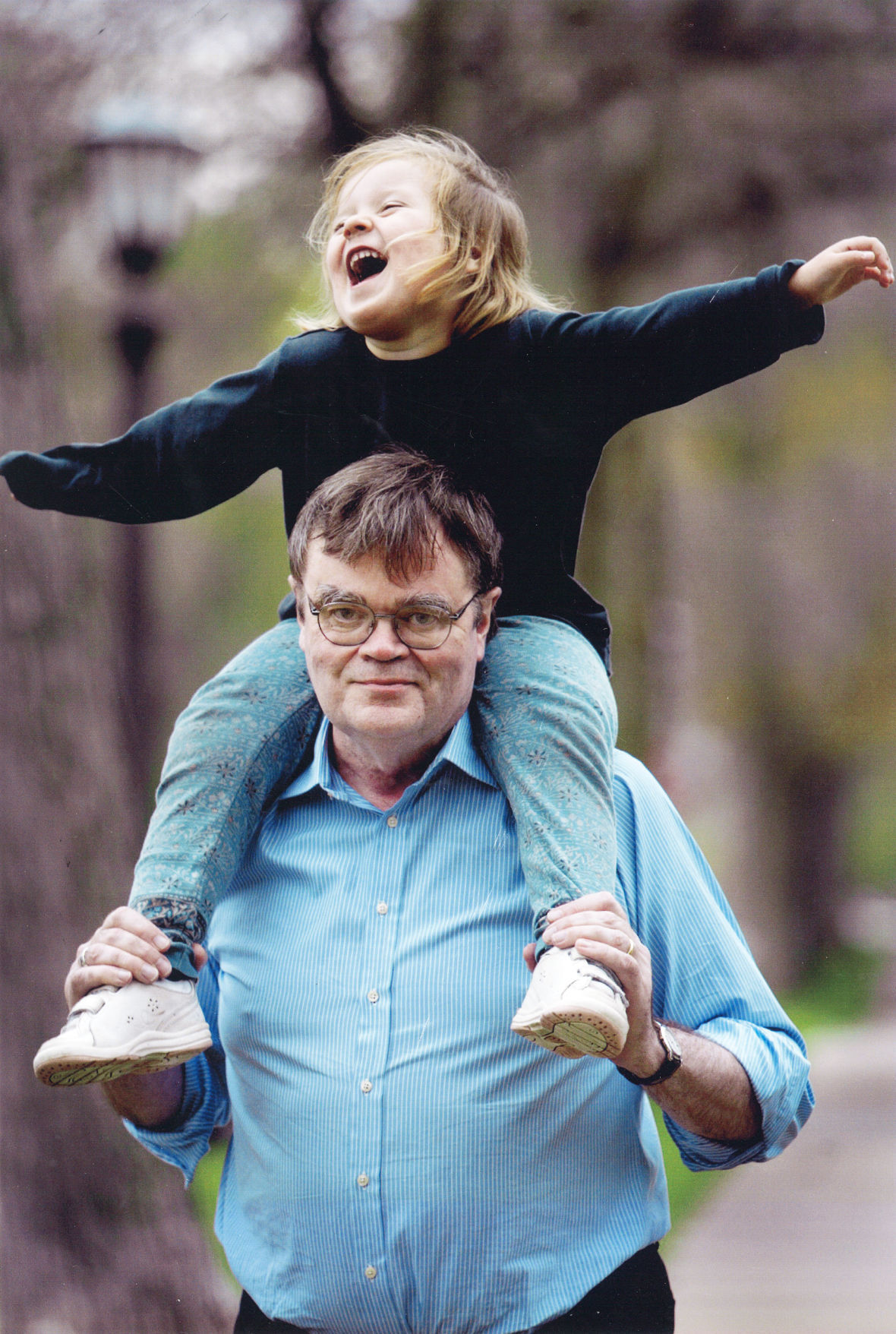 Garrison Keillor with his daughter, Maia. 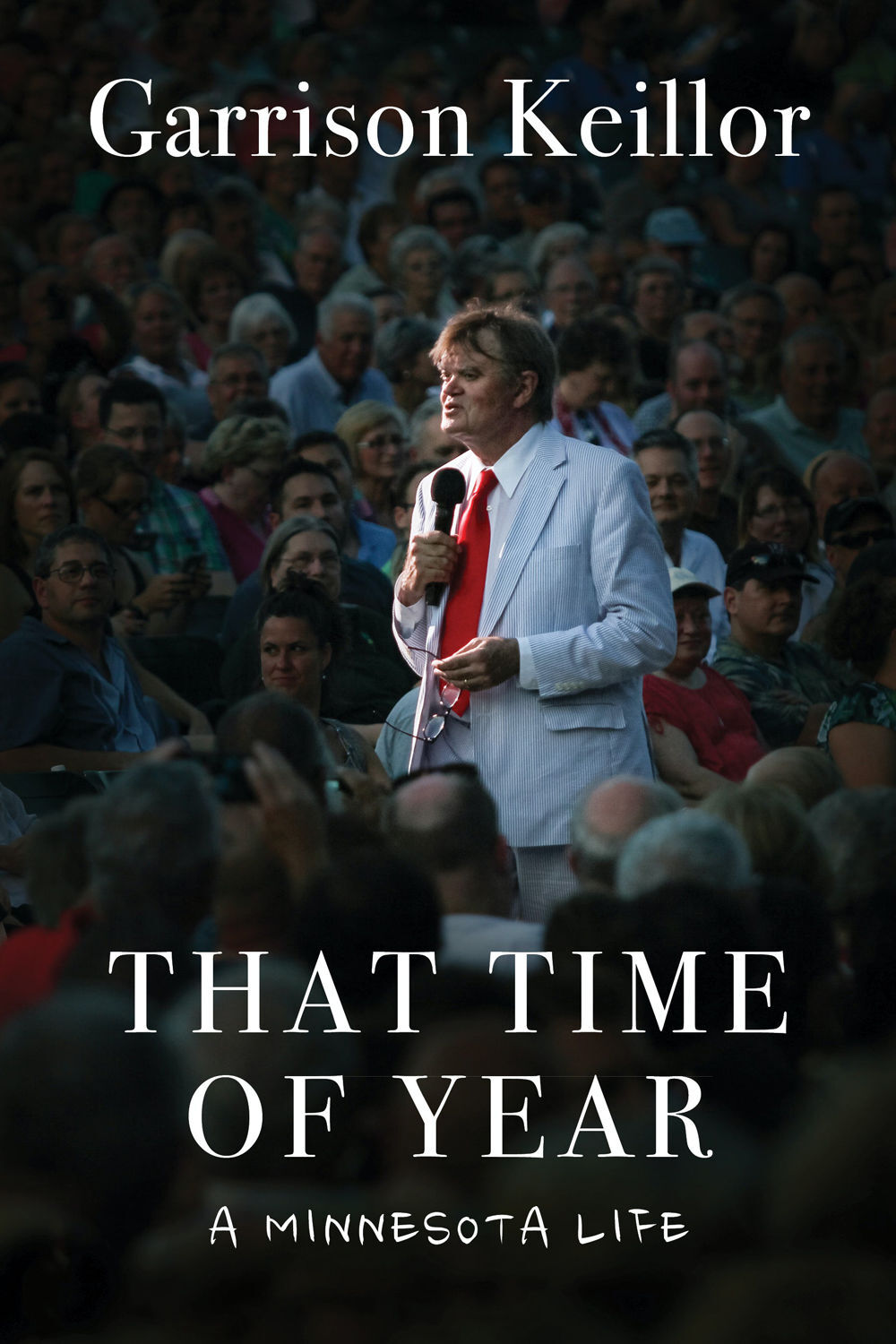 Garrison Keillor talks about his life and work in “That Time of Year: A Minnesota Life.”

Garrison Keillor with his daughter, Maia.

Garrison Keillor talks about his life and work in “That Time of Year: A Minnesota Life.”

”That Time of Year: A Minnesota Life” by Garrison Keillor

For fans who still miss the show, it may be difficult to fathom that “Prairie Home Companion” ended its radio run four years ago. It’s equally amazing that creator-host Garrison Keillor sustained it for more than 40 years, most of that time as a popular coast-to-coast broadcast over a National Public Radio satellite linkup.

In his new memoir, “That Time of Year,” Keillor tells a story as evocative as the Lake Wobegon tales he would spin each Saturday evening as part of the “Prairie Home” show.

You learn a lot about the show here: Keillor got its title from a cemetery named Prairie Home and founded by a Norwegian immigrant. And Keillor changed his own first name from Gary to Garrison when in high school he decided he would be a writer: “Garrison,” which he found in the dictionary, sounded more dignified.

You also learn a lot about Keillor, whose story is by turns as humorous, sad, and eventful as any from his mythical Lake Wobegon, where all the women were strong, all the men good-looking, and all the children above average.

He began writing for a weekly newspaper in high school, covering sports. He got a gig on his college radio station, discovering later that for months, due to a technical glitch, no one ever heard him.

He grew up in Minnesota farm country, in a big family with five siblings and so many aunts and uncles that one loses track — as Keillor sometimes did when he wove them into his Lake Wobegon stories. Fans would stop him in the street and ask why a recurring character’s first name had suddenly changed.

His own adventures started early.

Keillor’s father was a farm boy. In World War II, he served as a postal clerk in New York City. The job would lead to a permanent one after the war, sorting mail while aboard the North Coast Limited rail line. Before building a new house in a small town, James Keillor and family lived in Minneapolis, where Gary and his mom would sometimes hop aboard a streetcar to go shopping.

Young (almost 5 years old) Keillor was already showing the powers of observation that would serve him well as a writer. One day while his mom was next door, Keillor took change from a counter jar, intent on riding the streetcar downtown. But on his walk to the streetcar stop, a man opened a door for him and Keillor found himself in a luncheonette, where he promptly ordered a cheeseburger.

His life might have been different, he muses, had someone not recognized him and alerted his father. He didn’t get to eat.

When they got home, his mom handed his father a yardstick, telling father to give the boy a whipping. It didn’t happen, but his dad did sing him a song that night about his “wandering boy.”

Keillor’s boyhood was filled with summer days playing near or in the Mississippi River and winters attending the small local schools where bullies lurked and girls were nice. Sundays, however, were reserved for church services, including worship and gospel meetings.

Keillor’s family belonged to a very severe and small Christian sect known as the Brethren. It pretty much frowned on everything, although the Keillors did go to Sunday dinner at the home of relatives who had a TV and rooted for the Green Bay Packers.

When a cousin drowned and Keillor’s mom wept at the graveside, he asked her why, since his cousin was now in heaven with the Lord.

“We don’t know that,” his mother answered. “He went to a dance at school.”

Keillor pokes good-natured fun at some aspects of religion but remains devout. He writes movingly of happening upon a healing service taking place one Sunday in a church in New York City. He spoke to a woman deacon of an anger that had taken over his life and that he couldn’t shake.

“She did not blink at any of it. She simply laid her cheek against mine and prayed in a whisper that the poison of anger should be cleansed from my heart and my spirit go free.”

Keillor explains his anger at that time in a chapter on his being “kicked out of public radio” in 2017. During what became a torrent of “#metoo” sexual allegations against prominent men, a freelance researcher for “Prairie Home Companion” accused Keillor of sending her improper emails. The matter was eventually dropped, but not before Minnesota Public Radio dropped the “Prairie Home” name from the show that succeeded Keillor’s and dropped a “Writer’s Almanac” radio feature that he had been doing, for free, for 20 years.

“MPR disposed of me without remorse and, oddly, life was better for it,” he writes. “They showed me the emptiness of corporate culture — everyone is disposable, forty years is a box of Kleenex.”

But Keillor says the real news was “the fact that for decades a staff of fifteen or so put on thirty-five broadcasts a year and another fifteen or twenty shows in a summer tour, plus a dozen Prairie Home cruises with 1,200 guests, plus marketing and The Writer’s Almanac and much more, and did it quietly and stayed friends and took pride in their work.”

Keillor gives much credit for his success to family, friends, and teachers. He also credits that little group that helped him bring life to a radio variety show whose mythical sponsors included Powder Milk Biscuits and whose writers included “Warren Peace” and “Ben Dover.”

At age 78, he keeps busy. In addition to his memoir, he has written a new novel (“Lake Wobegon Virus”) and writes a weekly newspaper column that continues to run in the New Hampshire Union Leader.

He will now no doubt be busy promoting “That Time of Year,” of which he should be proud. It’s a good read.