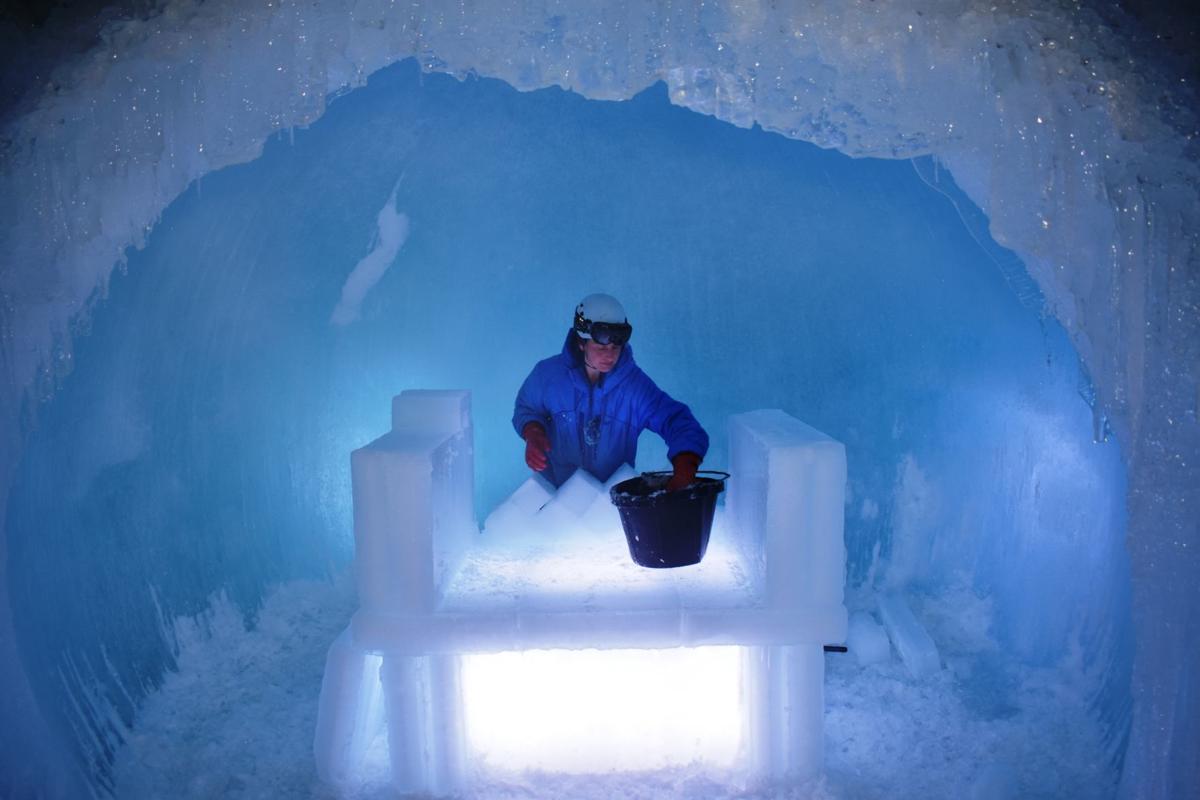 Ice artisan Aisling Petipas works in the throne room of the Ice Castle in North Woodstock. 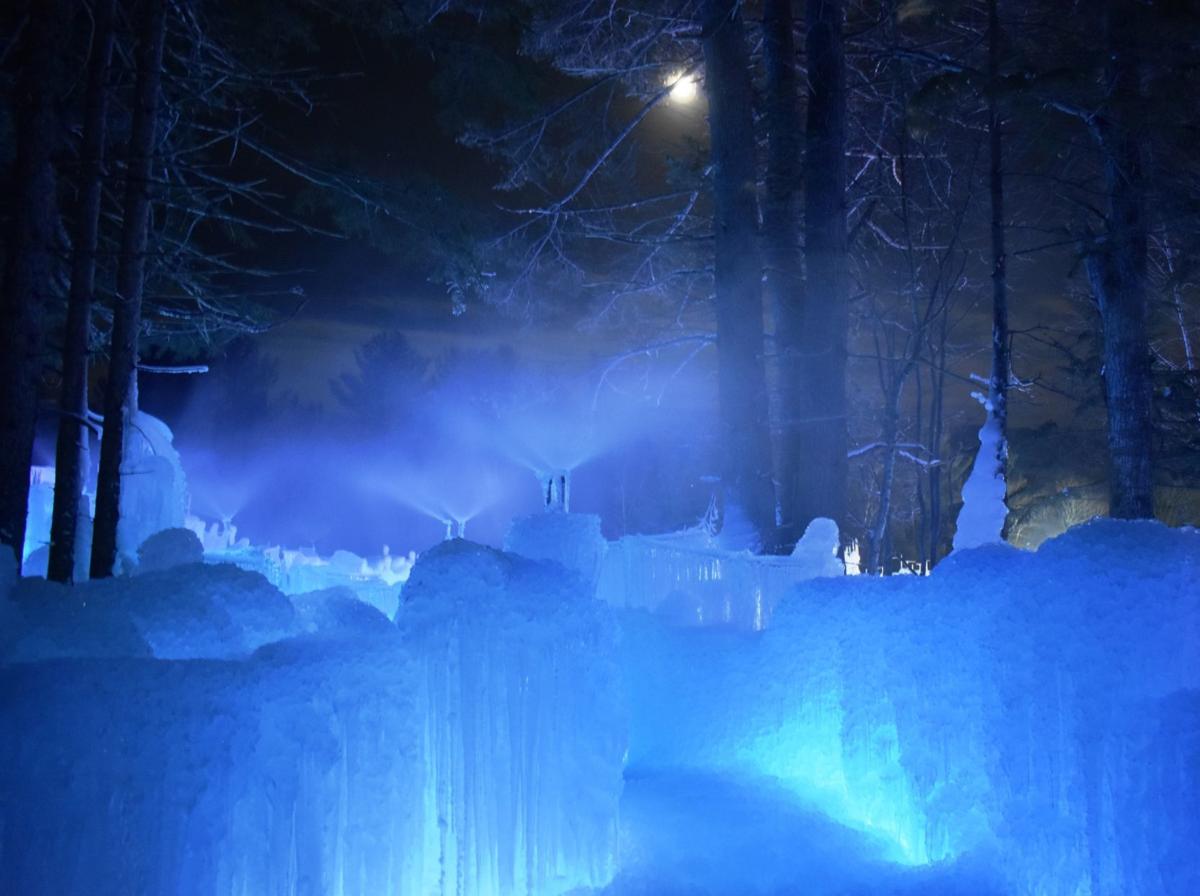 Moonlight illuminates sprinklers at work at the Ice Castles site in North Woodstock.

Ice artisan Aisling Petipas works in the throne room of the Ice Castle in North Woodstock.

Moonlight illuminates sprinklers at work at the Ice Castles site in North Woodstock.

NORTH WOODSTOCK — Back for a bigger and even more beautiful seventh year, Ice Castles is offering visitors some new perspectives this year.

Unlike in the past, the 2020 ice castle will continue to grow throughout the season, which Jared Henningsen, who is the event manager, hopes will last well into March. And, in another first, visitors will be able to watch the ice artisans at work.

Henningsen said all the best of the 2019 ice castle is returning this season and will be augmented with a castle keep “that will grow into a larger tower to give guests a different sense of perspective.” Also new in 2020 is an enchanted forest walk and horse-drawn sleigh rides.

Located at the end of Clark Farm Road, off Route 112 in the western White Mountains, the ice castle has become a winter-time institution that draws visitors from across New England and beyond.

Operated by Utah-based Ice Castles LLC, the first ice castle on the East Coast opened at Loon Mountain in 2013, but quickly outgrew that venue and moved to a larger space at the Hobo Railroad. Even there, though, the ice castle’s popularity caused traffic backups onto Interstate 93 that prompted Ice Castles LLC to do something bold. Rather than use someone else’s land to host the castle, the company purchased its own, a 70-acre parcel surrounded by woods and overlooked by mountains where the sky is literally the limit.

Despite a recent warm spell, the Granite State is a great place for an ice castle, said Ryan Davis, who is chief executive officer of Ice Castles LLC, because it tends to have “beautiful, cold winters that allow us to build and sustain a high-quality icy experience.”

Now in five states, as well as in Alberta, Canada, the first Ice Castle event took shape in 2008 in ice sculptor Brent Christensen’s backyard in Alpine, Utah. While making an ice cave for his family, Christensen discovered a way to “grow” icicles and from that, ice castles followed.

In Lincoln and North Woodstock, the ice castle “build manager” has been Tayler Christensen, who is Brent’s nephew and since September has led a team of 20 people, some from as far as Alaska, California and Florida, in the planning and construction of the North Woodstock ice castle, said Henningsen, adding that a staff of 60, all locals, will serve as guides and greeters.

That large number of workers is necessary, he said, because “we hope to welcome in excess of 100,000 guests in a short period,” Henningsen said.

“We’re really thrilled to be back and we look forward to welcoming guest from all over,” said Henningsen, who offered two pieces of advice to visitors: “Book early to avoid disappointment, and dress warmly because it is an ice castle.”

Dates and hours are dependent on the weather. To space out the flow of visitors, ticket buyers can go to icecastles.com/new-hampshire and choose a day and an available time slot.