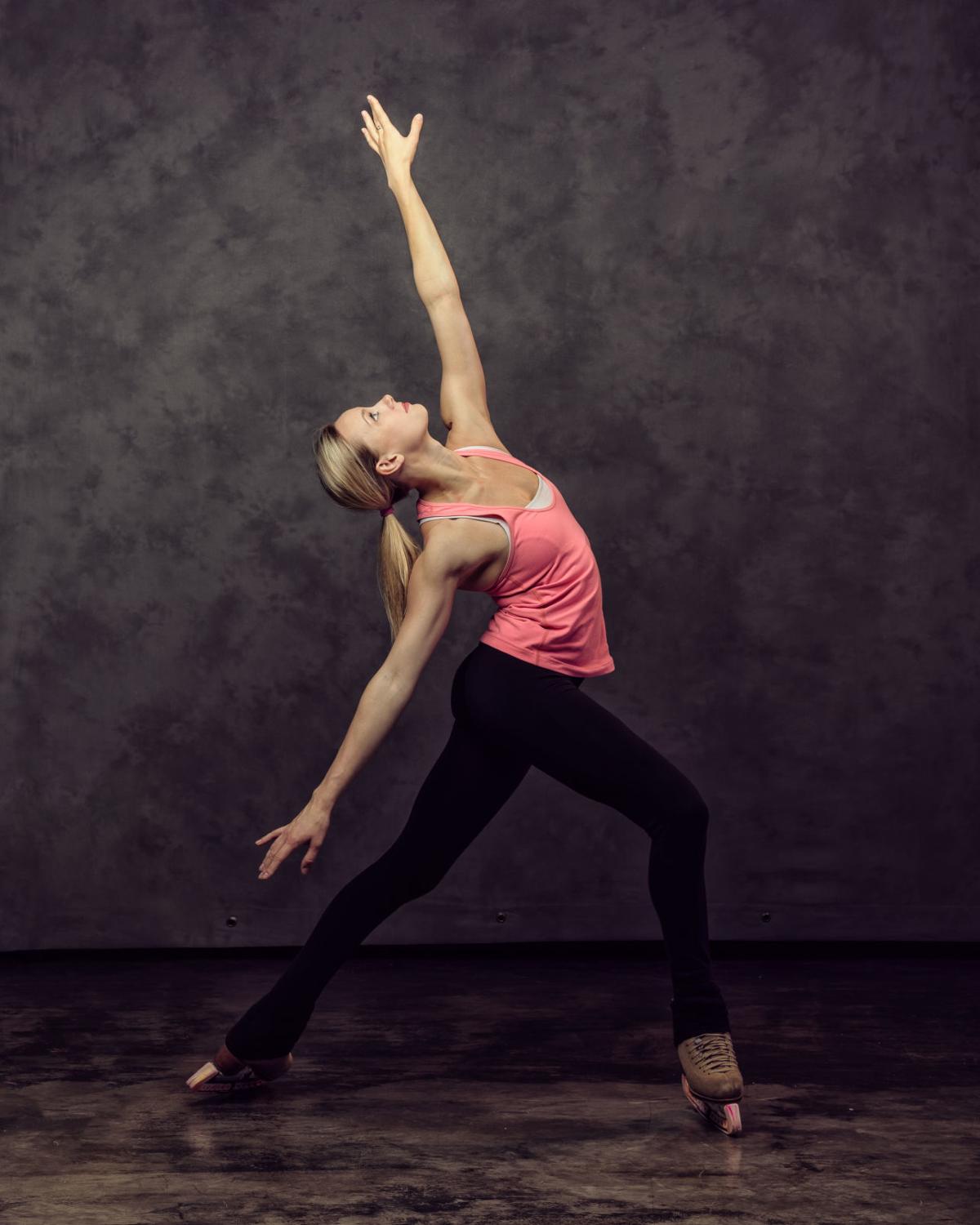 New England native Lauren McCabe laces up her skates as Cinderella in Disney on Ice Presents Celebrate Memories, coming to the SNHU Arena in Manchester Jan. 9-12. 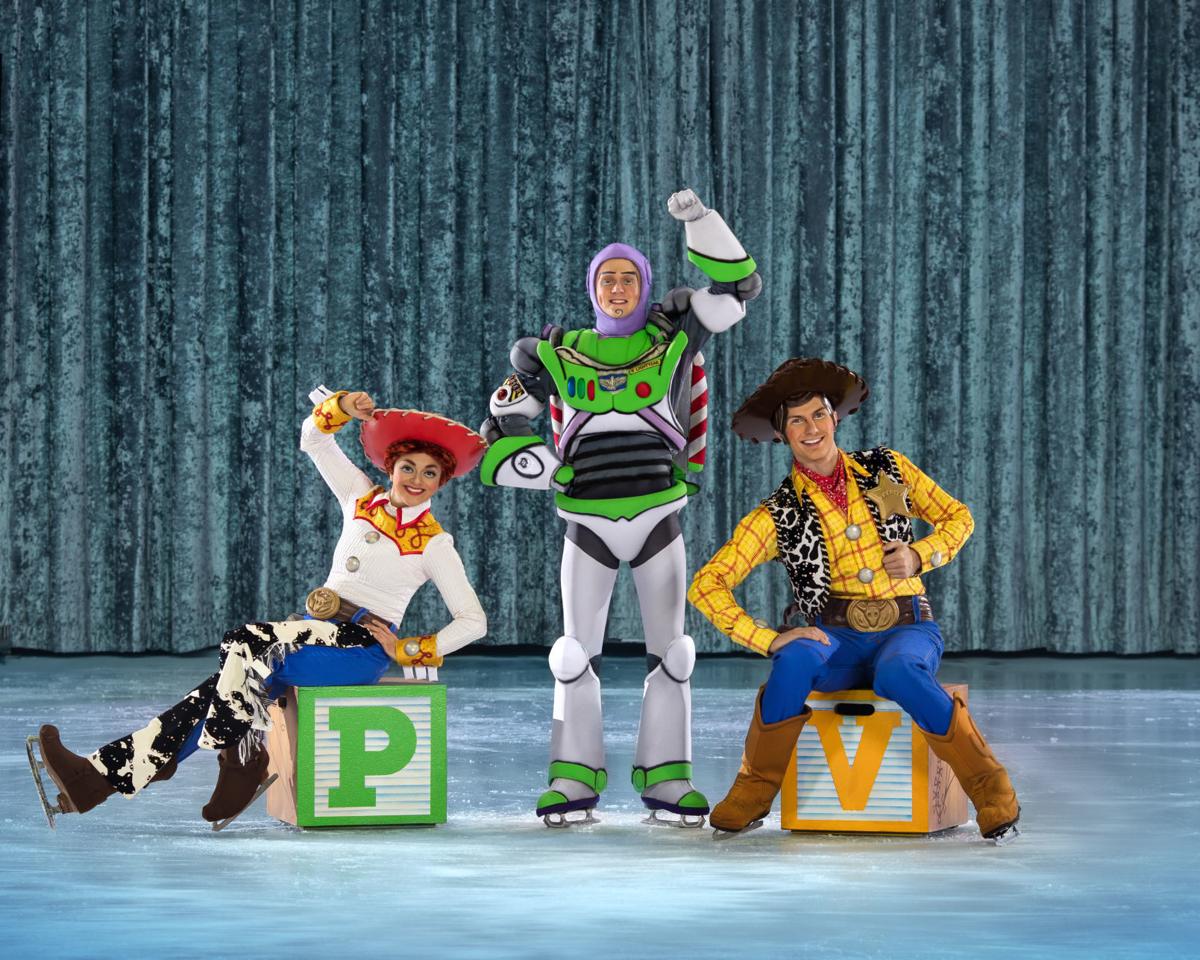 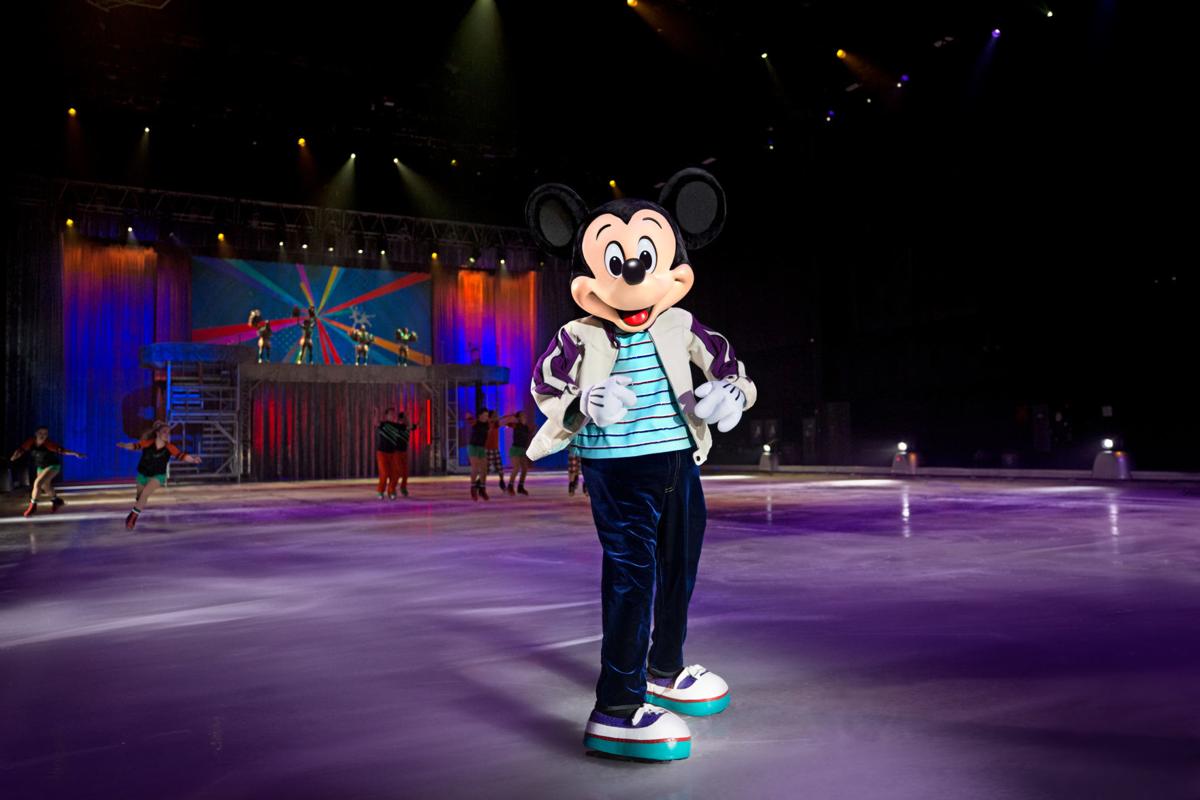 Mickey Mouse takes audiences on a glide through all of his favorite memories in a Disney on Ice show coming to the Queen City for seven performances. 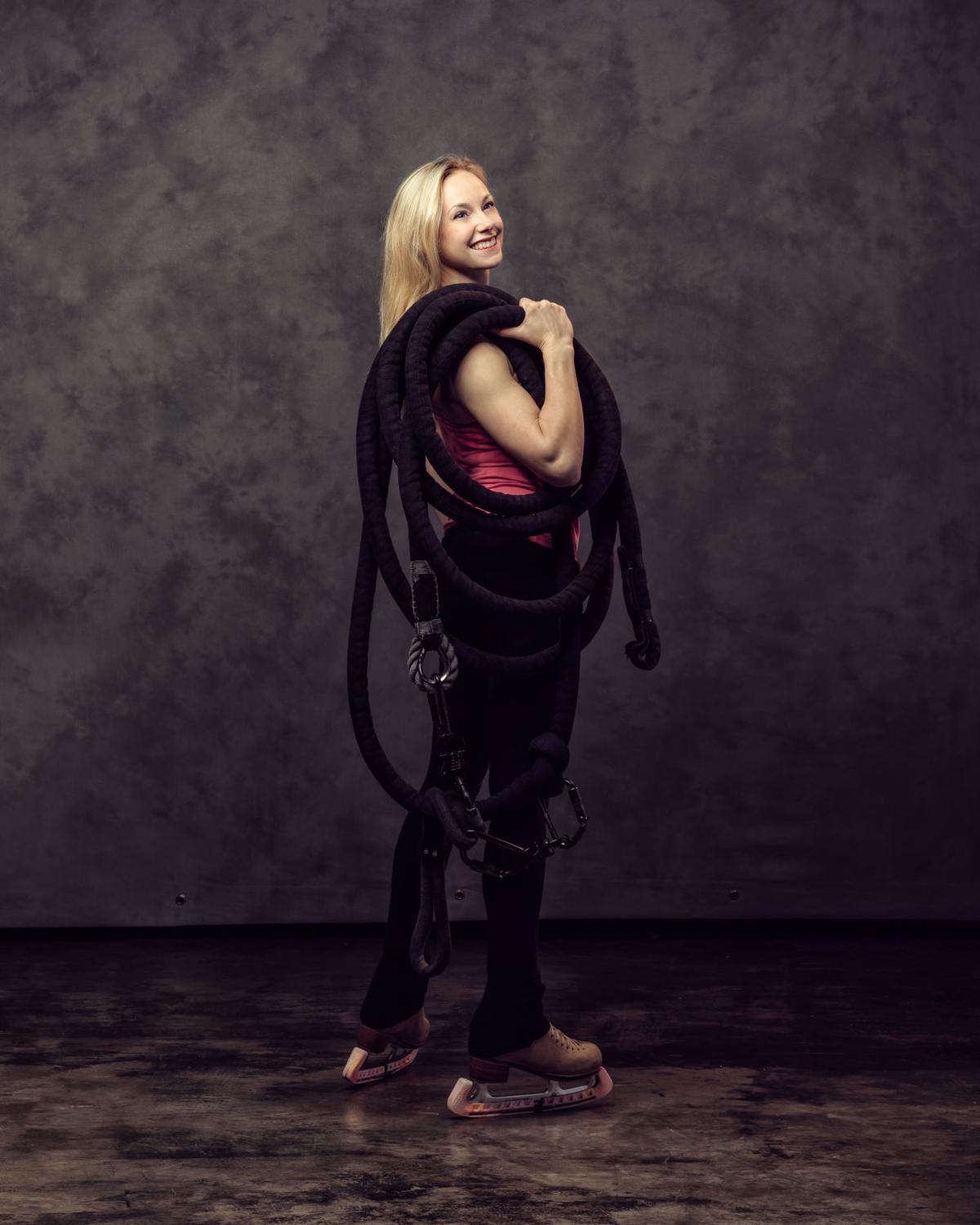 Falmouth, Mass., native Lauren McCabe, hoisting rigging she uses in the Disney On Ice production “Celebrate Memories,” is a three-time gold medalist and regional champion. She portrays Cinderella in the touring show of beloved characters.

New England native Lauren McCabe laces up her skates as Cinderella in Disney on Ice Presents Celebrate Memories, coming to the SNHU Arena in Manchester Jan. 9-12.

Mickey Mouse takes audiences on a glide through all of his favorite memories in a Disney on Ice show coming to the Queen City for seven performances.

Falmouth, Mass., native Lauren McCabe, hoisting rigging she uses in the Disney On Ice production “Celebrate Memories,” is a three-time gold medalist and regional champion. She portrays Cinderella in the touring show of beloved characters.

Disney On Ice skater Lauren McCabe can’t wait to get back to New England, and she’s dishing on her love of all things Disney — along with her thoughts on a costuming secret, hard work and go-to food — in a Q&A with NHWeekend.

A skater since age 9, McCabe is a three-time gold medalist and regional champion who joined Disney On Ice in 2014. She portrays Cinderella in “Disney On Ice presents Celebrate Memories,” which includes a handful of shows at the SNHU Arena in Manchester today through Sunday.

McCabe says the traveling spectacle will feature more than 60 Disney and Pixar characters, including Rapunzel, Prince Charming and Ariel from “The Little Mermaid,” while Disney movies “Moana,” “Frozen,” “Toy Story” and the classic “Fantasia” get new interpretations.

“Chances are your favorite character is gonna be there,” McCabe says.

What is “Celebrate Memories” about?

To start, we have two live hosts, which is really unique. They’re on live mics. They help Mickey (Mouse) pick his favorite memory ever. You go through all of the different stories of all of his different memories until he finds his favorite memory at the end of the show. And I won’t give that away.

How will it feel to have your friends and family watch you skate?

I’m really excited to show them how I’ve grown and developed through my skating. I’m also pair-skating right now, which is something new for me.

How is that different from singles skating?

I think the hardest part for me was being on the ice and working as a union with another person, because I’ve always just been doing my own thing. Now you have to do the same movement with another person right next to you, which is difficult for me to learn. I really enjoy doing it now.

You portray Cinderella, but what other princesses take the ice?

Rapunzel and Ariel go on two aerial apparatuses. You’ll see Ariel on the Spanish web, and you’ll see Rapunzel on a silk. They both have their unique acts. It’s great to watch. That’s probably one of my favorite parts of the show.

Another part of the show that I love is the “Toy Story” segment. That’s where we invite the audience members to stand up and do the same dance as the skaters on the ice. So we get to teach them a little bit of choreography. It’s really cool when the entire arena is all doing the same thing. People definitely feel like they’re a part of the show.

Do you think you make a difference in girls’ lives?

I think so. I like to think so. My favorite part of the show is — well, one of them, because I have a lot — but the finale. All of the characters on the ice (will) stand, and we always wave. That’s a time that you can really connect with the audience members, with the kids. You can give them a high-five or a hug. That’s a really great moment to try and connect with kids. And they love it too. If they see you as Cinderella, you can tell that they get excited, or they get a little bit shy and then they get excited.

Tell us a little-known fact about Disney On Ice.

In the “Moana” segment, one of the costume pieces is made out of a real wood shaving grass skirt. That’s a cool, interesting wardrobe fact. Not a lot of people know that.

What’s your favorite thing about being on the ice?

I just like being able to skate and to glide around the ice. It’s a very freeing feeling because it is artistry, and it does have some technical side to it. I really like ... feeling the wind blow through your hair. And I love being able to perform for audiences.

Figure skating brings me such joy, and it’s really nice that I can show that to other people and hopefully bring joy to them too. Parents and kids are all watching the show. So that means a lot to me, that I can share something that I love with thousands of people.

Did you go to Disney World when you were a kid?

I did. I remember I went to Disney World as a family trip a very, very long time ago. But I must say, I go to Disney World and Disneyland more now than I ever did as a kid. Any chance I get, I’ll try and go.

What message does Cinderella give kids?

In the “princess power” segment, each princess has a particular trait that is spoken when they enter the ice. My word is hard work, and I think that sends a really great message to kids. Without hard work, I wouldn’t be on Disney On Ice.

When you come home from touring, what do you like to cook?

I love to cook anything and everything. Breakfast is probably one of my favorite meals. So I always have eggs. I love scrambled eggs. Whenever I go home, I try and cook as much as I can.

I always have to get clam chowder when I’m in New England, and I love oysters. So anywhere I can find good oysters (is good, especially at Epic Oyster, in her hometown of North Falmouth, Mass). It used to be an old breakfast diner, and they transformed it into this little tiny, tiny restaurant. It probably fits like 20 people in it. It’s so small. But it has the best food, ever, so I always have to go there.

“Disney On Ice presents Celebrate Memories” will be at SNHU Arena, 555 Elm St., Manchester, in seven performances Jan. 9-12. Visit DisneyOnIce.com and snhuarena.com for more information. The SNHU Arena is at 555 Elm St. in Manchester.