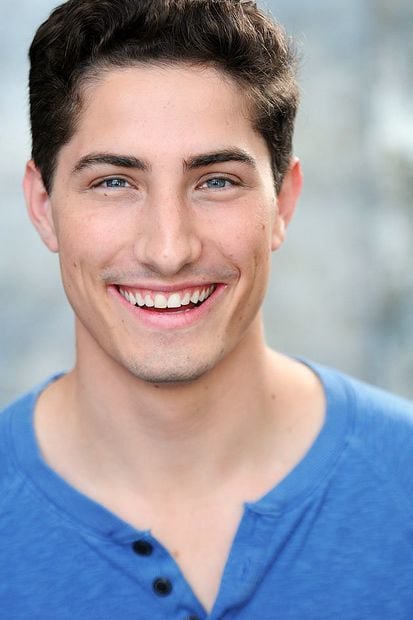 Aaron Newman, a Queen City resident who custom builds models, sculptures and kits with Legos, will be featured on the TV show “Lego Masters,” which premieres on Fox at 9 p.m. Feb. 5. 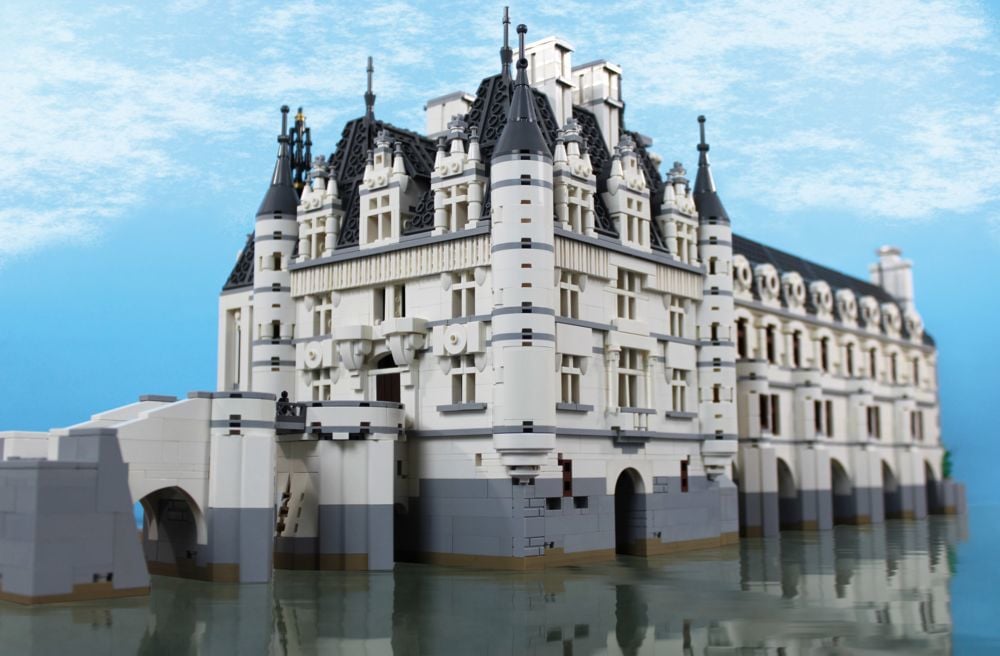 It took eight months for Manchester resident Aaron Newman to design and build a Lego replica of the 16th-century Chateau de Chenonceau in France.

Aaron Newman, a Queen City resident who custom builds models, sculptures and kits with Legos, will be featured on the TV show “Lego Masters,” which premieres on Fox at 9 p.m. Feb. 5.

It took eight months for Manchester resident Aaron Newman to design and build a Lego replica of the 16th-century Chateau de Chenonceau in France.

MANCHESTER — A city man who has turned his love for Lego construction into a career is taking on some of the nation’s best builders in a new reality competition show.

Aaron Newman is one of 20 contestants selected to compete on “Lego Masters,” which debuts at 9 p.m. Wednesday, Feb. 5, on Fox. The show features 10 teams of two taking on building challenges using the iconic plastic bricks.

“As soon as I was old enough to put pieces together, I’ve been building with Lego” Newman said. “Basically, my whole life. I started building as a kid and never stopped.”

Now 24, Newman is hoping to cash in on his knack. In addition to a trophy and the coveted title of “Lego Master,” the winning team gets a cash prize of $100,000.

Newman said he spent seven weeks in Los Angeles shooting the series, which he described as surreal and intense.

“For somebody who loves Lego as much as I do, it was a true privilege to be there,” Newman said. “We had some amazing competitors. It was an honor to build alongside such talented people. The season-one cast is kind of stacked. You’re going to be pretty impressed by what you see.”

That’s about as much as Newman said he was allowed to reveal about the series, which was a hit in the United Kingdom and Australia.

The U.S. version is hosted by actor Will Arnett, the voice of Batman and Bruce Wayne in the 2014 Lego Movie and a sequel scheduled to premiere in 2022.

Newman and building partner Christian Cowgill of Louisville, Ky., make up the “Clark Kent and Superman” team. (Newman, who is wearing glasses in the show’s promotional material, is Kent). Both are longtime Lego enthusiasts who were familiar with each other through the online Lego community, which Newman said is expansive and global.

Cowgill, who is working toward an exercise science degree, is also a sergeant in the Army National Guard and himself quite an accomplished builder.

“We just seemed like a great fit. He and I have complimentary strengths in our build styles. Also, it turns out, we get along really, really well and our energies are really complimentary too,” Newman said. “We we were really good about pumping each other up. When one person was low, the other one would be the one to lean on. I couldn’t have asked for a more supportive or giving or skilled partner. We built our friendship pretty much through the process of applying to the show, which was great.”

Shooting for the series wrapped up this past December in Los Angeles, where Newman attended UCLA and majored in theater before graduating in 2017.

Newman said he moved to Manchester in August 2018, following fiancé Sarah Cline as she pursued a doctorate in physical therapy at Franklin Pierce University.

Newman said he was able to find work with Play-Well Teknologies, serving as an assistant area manager for the region including Massachusetts, Rhode Island and New Hampshire.

“The bulk of what I do is teaching kids in classrooms about engineering using Lego bricks. That’s what our company does,” he said. “We teach kids about concepts in engineering, basic machines, gearing, levers, batteries — all that good stuff — with Lego projects.”

Newman said he’s fortunate to have found such a labor of love and is actually one of three Play-Well staffers competing in Lego Masters.

Newman displays photos of his creations on his website, (https://www.aaronbrickdesigner.com) and social media sites, which he said helped him land the spot on Lego Masters.

He said picking a “favorite” creation from his work of 20-something years would be like asking a parent to choose between children, but after some thought went with a recent project: A 40-inch scale model of a French chateau he visited in 2017. Newman’s recreation of Chateau de Chenonceau, a 16th-century chateau spanning the Cher River in the Loire Valley, took about nine months of work and research and more than 6,000 individual Lego pieces before he felt he was done with his masterpiece.

“It was really kind of a rewarding feeling to finally have that model together and share it with the world because I put so much of my heart into it.”