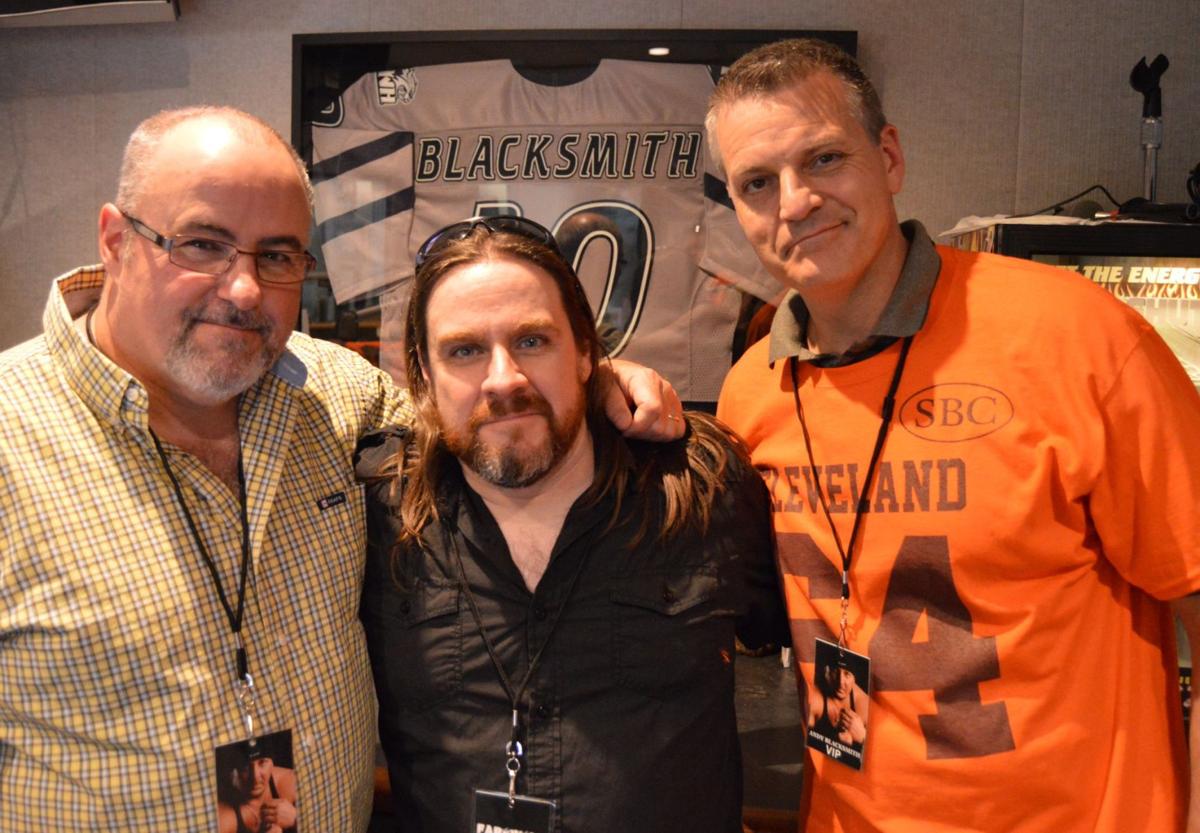 Greg Kretschmar, Roadkill, and Kelly Brown of “Greg and the Morning Buzz” shared memories of Andy Blacksmith during Thursday's show. 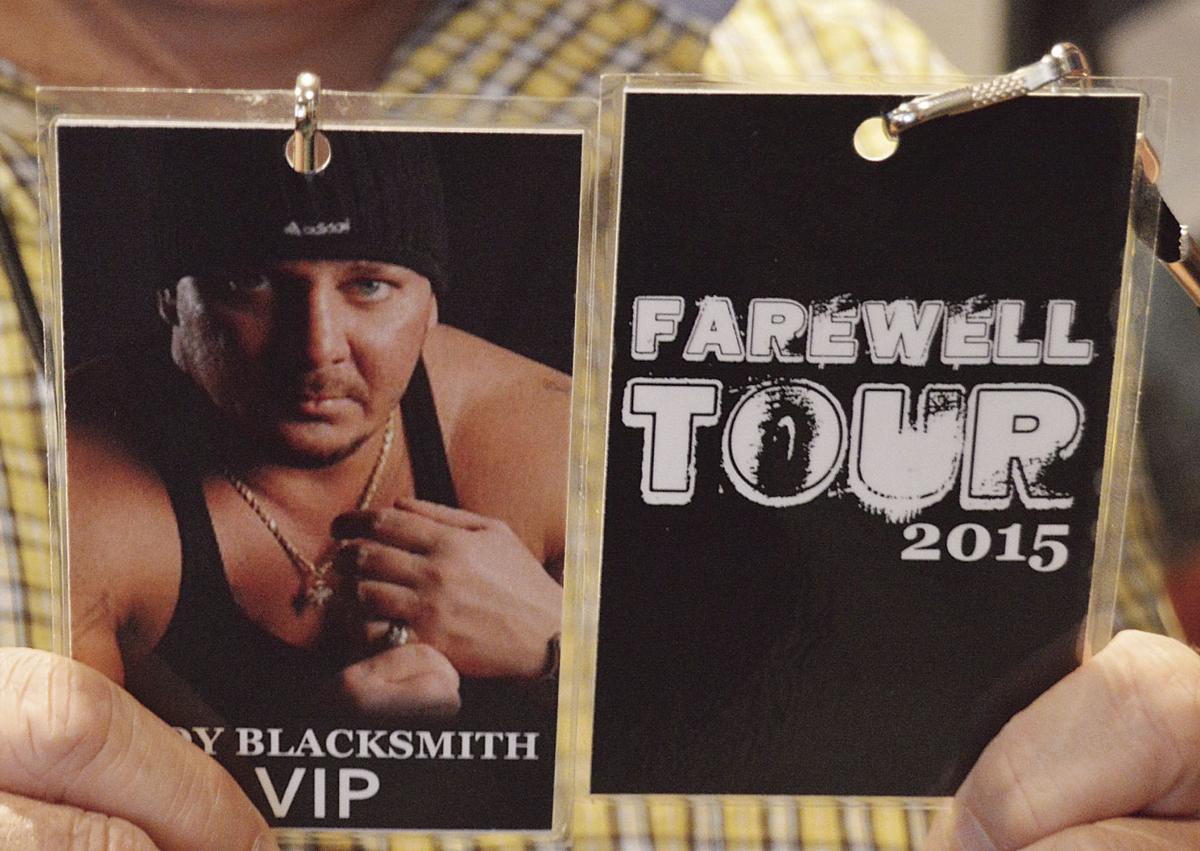 VIP “Farewell Tour” passes were worn by the “Morning Buzz” crew on Thursday in memory of their colleague, Andy Blacksmith.

Greg Kretschmar, Roadkill, and Kelly Brown of “Greg and the Morning Buzz” shared memories of Andy Blacksmith during Thursday's show.

VIP “Farewell Tour” passes were worn by the “Morning Buzz” crew on Thursday in memory of their colleague, Andy Blacksmith.

PORTSMOUTH — Greg Kretschmar knew Thursday’s “Greg and the Morning Buzz” radio show would be unlike any other.

He and his crew were preparing to host the show for the first time since the death of their close friend, beloved radio personality Andy Blacksmith.

They had a get-together the night before and were feeling strong, but then a few minutes before they went on the air to open the show, Kretschmar looked over at a screen and noticed all the messages of support streaming in.

“There was one right after another. There were hundreds of them that said, ’We’re with you Kretchy.’ It was the best that anybody who does this for a living, or doesn’t, could ever ask for,” Kretschmar said as he fought back tears after Thursday morning’s show.

Blacksmith, 50, died last weekend while awaiting a heart transplant. For 17 years, he was a fixture on the popular morning radio show that airs on 100.3 WHEB and Rock 101 WGIR.

“The show has always been a family and it’ll continue to be a family, but we’ll just be a family that lost a family member,” Kretschmar said.

Blacksmith had been absent from the show since February as he battled his heart condition, but hoped to return in July.

“We saw the whole battle. It was a long battle. There were several times in the last year where we had to prepare ourselves. He was feeling so weak and he couldn’t take anymore,” Kretschmar said.

Kretschmar praised the doctors and nurses at Portsmouth Regional Hospital and Brigham and Women’s Hospital in Boston for the care they gave Blacksmith.

The “Morning Buzz” family was there for Blacksmith every step of the way, including the morning of June 17 when they abruptly went off the air to be with him after learning that he had suffered a heart attack at home and was being rushed to the hospital for what would be his last trip to Boston.

At the time, listeners were told the station was having technical difficulties.

Thursday’s “Morning Buzz” was spent paying tribute to Blacksmith by sharing memories, many of them funny. The show was filled with moments of laughter, but there were many tears as well.

Several special guests recalled their time with Blacksmith as well, including Larry the Cable Guy and Tom Bergeron.

Special laminated VIP passes were made with Blacksmith’s tough guy image on the front and the words “Farewell Tour 2015” on the back.

While Kretschmar and others described his on-air personality as a tough guy and womanizer, they said that in real life Blacksmith was thoughtful and caring.

“He really made people feel special. It’s the strangest thing that his heart gave out on him because his heart was the biggest thing he had. He had a lion’s heart,” Kretschmar said.

Blacksmith’s wake was held Thursday night and a funeral is planned for today. The show is taking a week of vacation and will return on July 6.

“A lot of people have asked how we’re going to fill that spot,” said Roadkill, another member of the “Morning Buzz” crew. “There’s no filling that spot.”