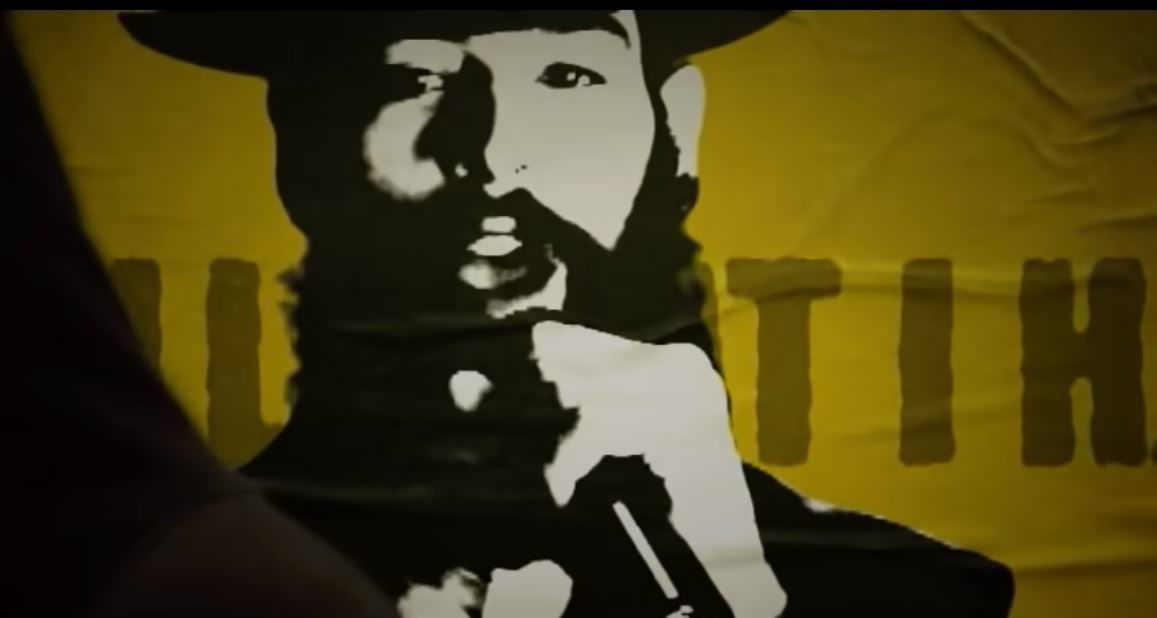 Matisyahu, seen above in a still image from his video for “King Without a Crown” early in his career, no longer performs in the black suit, broad-brimmed hat and yarmulke reflective of Hasidic Judaism. 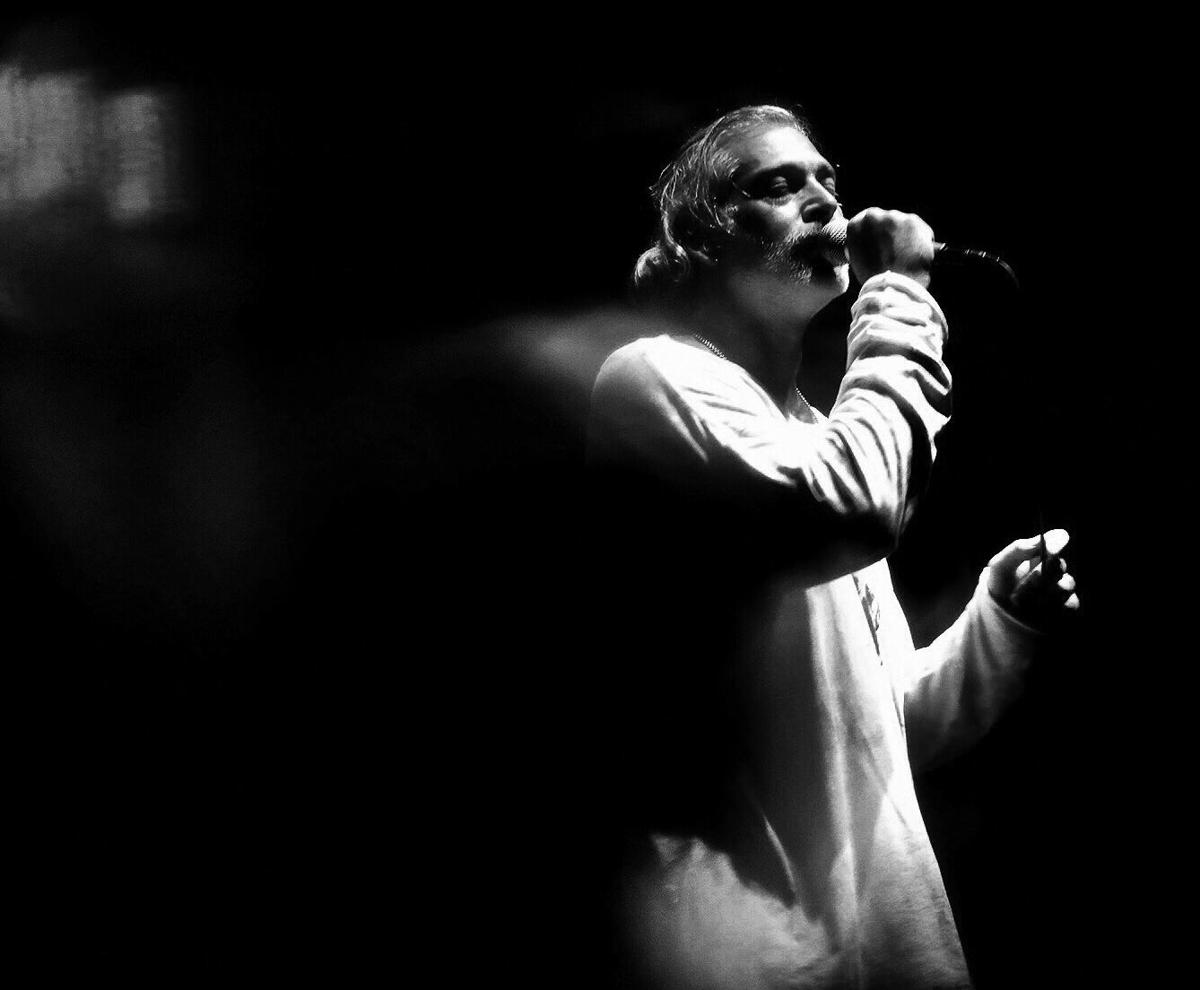 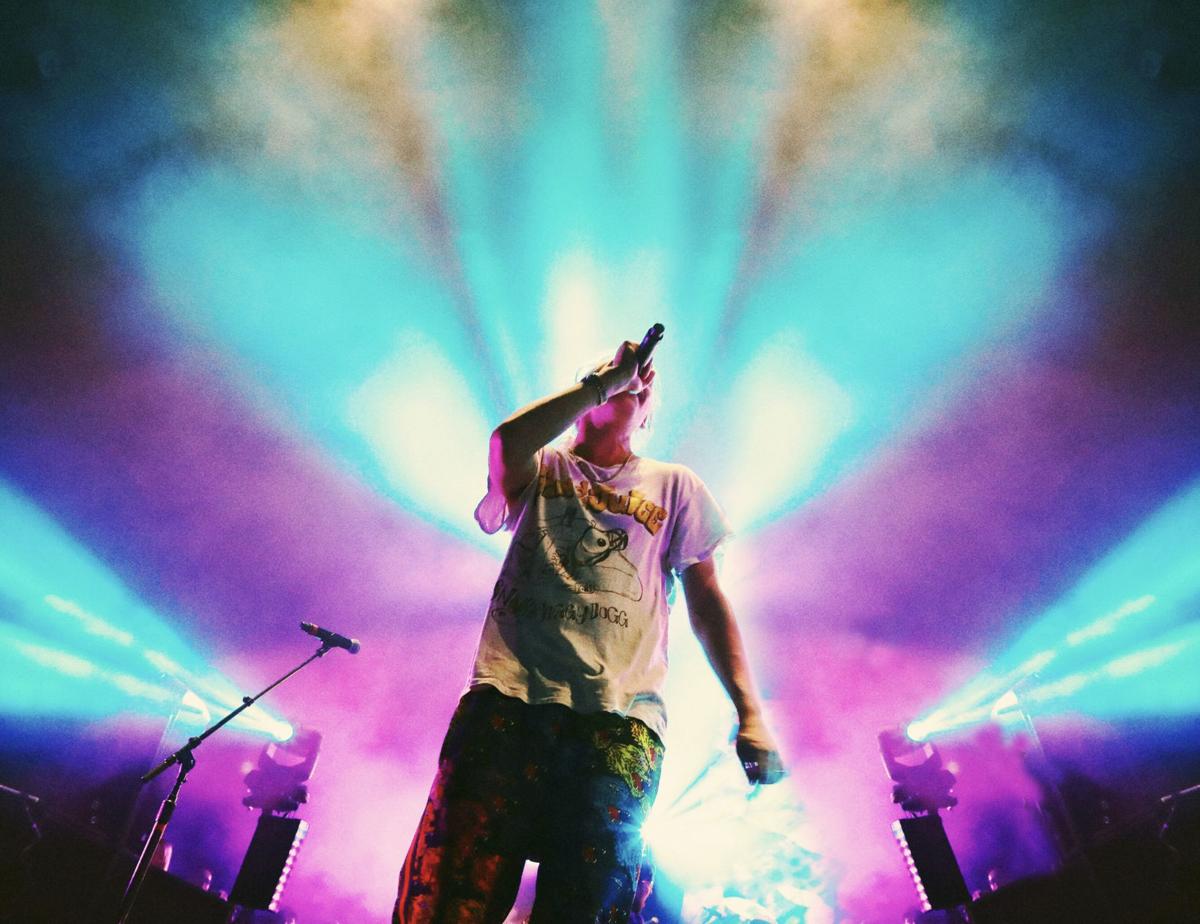 Known for his engaging live performances, Matisyahu broke into the public consciousness with the 2005 album “Live at Stubb’s.” His latest album is 2017’s “Undercurrent.”

Matisyahu, seen above in a still image from his video for “King Without a Crown” early in his career, no longer performs in the black suit, broad-brimmed hat and yarmulke reflective of Hasidic Judaism.

Known for his engaging live performances, Matisyahu broke into the public consciousness with the 2005 album “Live at Stubb’s.” His latest album is 2017’s “Undercurrent.”

Matisyahu, an eclectic reggae singer and rapper who early in his career performed in full Hasidic garb, wishes he’d gotten this advice as an emerging artist:

“Don’t read comments. Don’t do it,” he told NHWeekend in an extensive interview. “If you’re a sensitive kind of person or artist, you have no business reading what people think about what you do. It’s only going to be a bad experience.

“I think that what happens naturally is that people project — they project their own stuff onto the artists and musicians they love,” says Matisyahu, who plays Tupelo Music Hall in Derry Saturday night. “If you’re not aware of that, it can eat you up, and you become very bitter at the world for no reason.”

The Grammy-nominated Matisyahu, though, is in a more peaceful place these days, living back on the East Coast near his old neighborhood in White Plains, N.Y. His musical and spiritual exploration led to a certified gold album, and he’s especially known for the songs “One” (used in NBC ads for the 2010 Winter Olympics in Vancouver) and “King Without a Crown.”

But in some ways, his outlook has shifted from a thundering storm into something that on his latest album, “Undercurrent,” meanders from a reflective river (“Back to the Old”) to a gritty stream bed in the guitar-laden “Head Right.”

As he raps in the track “Driftin,” “All this talk about my hair. Who cares?”

It’s a nod to the day Matisyahu (born Matthew Paul Miller) posted a picture of himself clean shaven and with his long hair shorn in 2011. The backlash from some fans in the Jewish community was swift. But Matisyahu’s own search for spiritual connection and expression was evolving.

Today he’s no longer interested in “dysfunction” and “catastrophic epiphanies,” as he proclaims in the contemplative song “Back to the Old,” a music video in which he drives his Chevy through old neighborhoods and speaks of “giving up and giving in” to life in front of him.

“Undercurrent” was released in 2017, when Matisyahu was moving back East from Los Angeles.

“It’s an album following my divorce (from his first wife — he has since remarried) and following my kind of move out of the religious world and, in a way, back to the old,” Matisyahu says. “The theme of the record is feeling those undercurrents that lay beneath as we go through life and we change — through our trials and our ups and downs. It’s this sort of recurring theme of going back to myself or going back to the original version of myself, after all of the knowledge, all of the lessons and all those things.”

The album was a reaction in part to what he’d experienced while making his previous album, 2014’s “Akeda,” with its dramatic Biblical references, including the story of Abraham bringing his son Isaac to the top of the mountain for sacrifice, according to God’s dictate and test of allegiance. (A ram is substituted for Isaac at the last moment.)

“It’s growing but also returning to a sort of essential character of who you are and where you come from,” Matisyahu says. “That line about “no more catastrophic epiphanies” or “epic stories of my history” is about getting to the climatic point potentially of our life. It’s about climbing the mountain and getting to the top of the mountain. That period of my life was really more about epic moments, these grandiose moments, ‘catastrophic’ moments, or moments of breaking free, of life and death and love and madness.”

There have been both rewards and risks on that journey. Today, Matisyahu says he has a “more mature relationship with his own spirituality.” He shies away from publicly defining his belief system. What has remained a constant is using music to try and describe his place in the world.

He was a young kid when his cousins, who came to visit from Barbados in the summers, first introduced him to reggae music. It was the early days of dancehall reggae with artists such as Tony Rebel and Super Cat. Next he discovered the groundbreaking Bob Marley.

“I worked at a summer camp and there was a man there from Jamaica who was teaching the kids about drumming, and I got interested in Rastafarian culture,” he says.

What followed was an immersion into both roots reggae and dancehall reggae, with Matisyahu following musicians ranging from Israel Vibration, Burning Sphere and Roots Radicks to dub artists Scientist, King Tubby and Bill Laswell, and then onto Sizzla and Buju Banton.

His early performances, a blend of reggae, hip-hop and soul, were striking both for his raw, cathartic lyrics and the sight of a rapid-fire beat-boxer in conservative Hasidic attire – dark overclothes, a black yarmulke on his head, and a full beard with unshorn sideburns and curls at the sides of his face.

He’s distanced himself from that aspect, but it’s a more complicated question when it comes to where he stands on religion.

“I would say I have and I haven’t — I’ve moved away from it in the sense that it’s not the pressing (drive) of my 20s anymore,” Matisyahu says. “I think that when you’re young and on a spiritual journey … I was extremely .. you know, my whole life had to be just completely filled with it. And I think as I’ve gotten older, it’s become more of a relaxed attitude toward it, in the sense that I sort of know it’s at the core of who I am; it’s not something I need to exercise all the time or run after or chase or fear that I’ll lose if I’m not in the moment.”

Matisyahu broke through to the public consciousness in 2005, and a year later his album “Youth” was certified gold. Since then he’s followed a winding road dotted with both fault lines and firm ground, and it hasn’t always been easy to keep from getting lost. But he’s found that it’s as important to listen to other people’s stories as share his own.

“You have to be bold and courageous and keep yourself open, because some of the greatest moments I’ve had in the past decade have been of fans coming to me and telling me about incredible experiences that they’ve had,” Matisyahu says.

“A few days ago I met a fan in the parking lot who could have been just totally crazy, and we brought him on the bus. He ended up hanging out with us for the whole entire night, ‘cuz he was so special and had had such a unique experience at the show,” Matisyahu says. “He wanted to tell us all about how he had tattooed the word ‘shush’ onto his finger — because at one of the shows that I played he had had a life-changing experience. (At one point in the show) I went, ‘shush,’ and sang a lyric from a song. You have to try to be open to hearing some of the great stories that fans (have to tell).”

Matisyahu continues to give preeminent jam band Phish credit for inspiring his own prototype for live performance.

“My early experiences listening to Phish as a teenager absolutely (laid the groundwork for) what a musical experience should and could be,” he says. “Nothing came close to those Phish shows, where the crowd is completely immersed in the music and lights and feeling that we’re right there on the edge of the world with that band as they are venturing forward. To me, far and away, that’s been the most uplifting experience. I’ve tried to create that in my shows.”

In a world of digitized, carefully programmed concerts, Matisyahu thrives on improvisation and the chance to constantly shape and reshape his live show from night to night. It’s a “conversation” that’s never the same.

“I’m rarely trying to repeat something that I know works. It’s just not interesting for me,” he says. “When the band hones in and starts talking to each other, and the crowd is right there with us, allowing us to go into the space … something new happens — new melodies, new rhythms. Then I start taking lyrics from different songs and mixing them together. It’s just a fully organic experience.”

Julia Ann Weekes is arts and entertainment editor of NHWeekend.