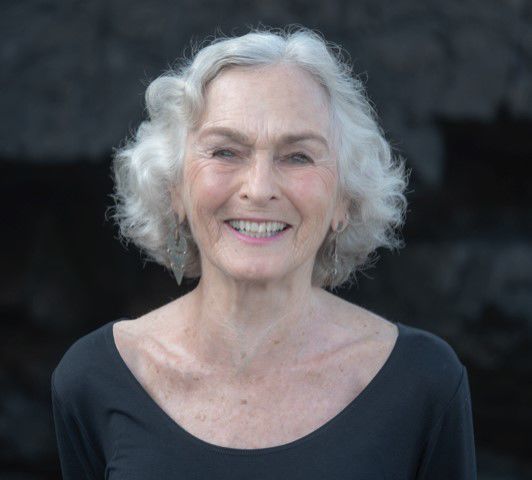 Author Sandell Morse will talk with humorist Rebecca Rule in an event that has been moved from an in-house program at Gibson’s Book Store in Concord to a virtual event April 28. 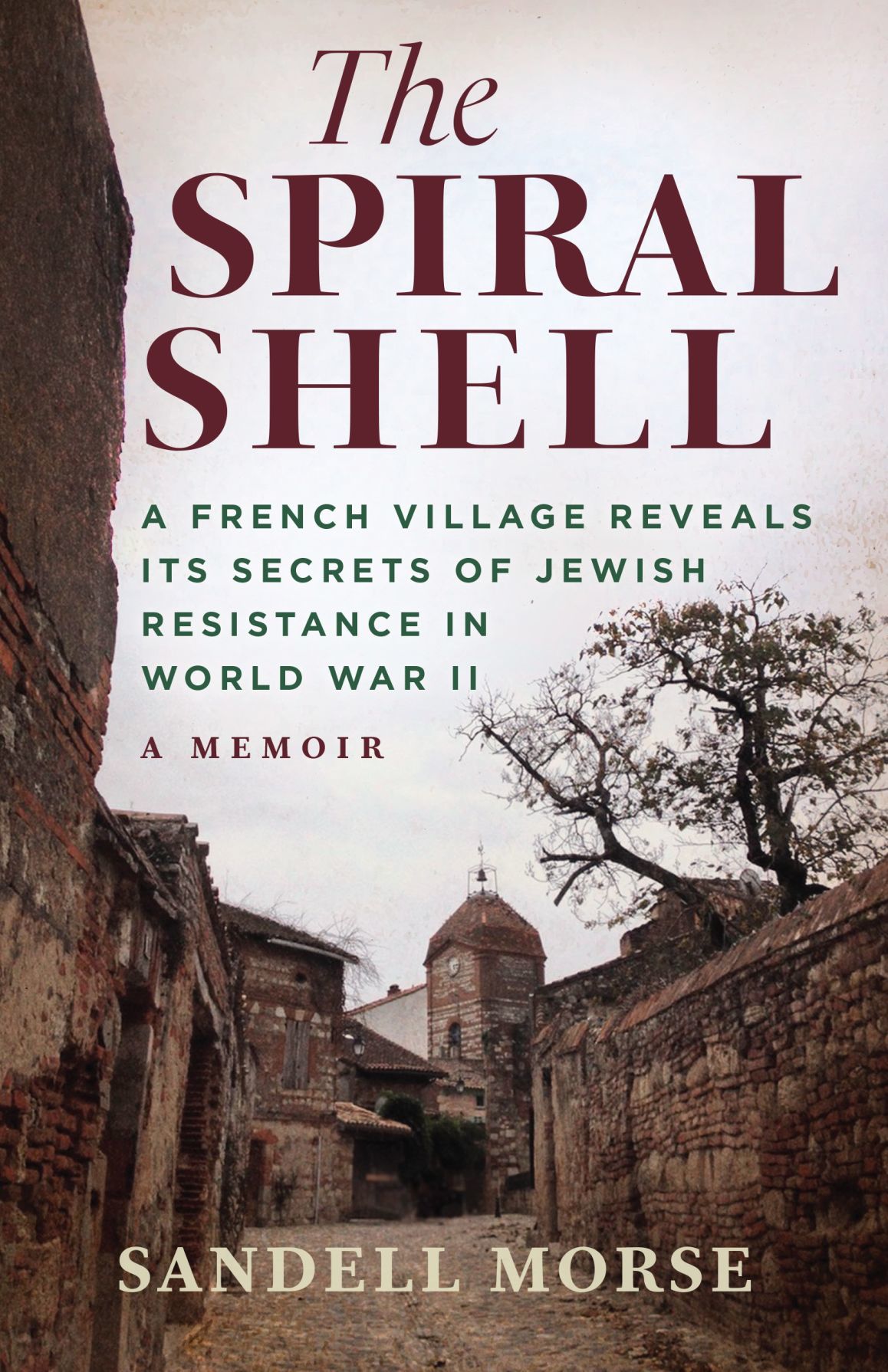 Inspiration for Sandell Morse’s book “The Spiral Shell: A French Village Reveals its Secrets of Jewish Resistance in World War II, A Memoir,” came not in one sudden flash, but in small insights along a journey of self-discovery.

Author Sandell Morse will talk with humorist Rebecca Rule in an event that has been moved from an in-house program at Gibson’s Book Store in Concord to a virtual event April 28.

Inspiration for Sandell Morse’s book “The Spiral Shell: A French Village Reveals its Secrets of Jewish Resistance in World War II, A Memoir,” came not in one sudden flash, but in small insights along a journey of self-discovery.

“I wasn’t there. I couldn’t bear witness,” she says.

But that was before Morse traveled to France for a residency and met Germaine Poliakov, then 92. During World War II, Poliakov had lived in Beaulieu sur Dordogne, where she cared for Jewish refugee children in a secret house called “la colonie.”

For Morse, who now lives just over the state line in York, Maine, it was an introduction into a remarkable realm of stories about French Jews, and her own examination of what she calls a “patchy relationship to Judaism.”

Morse, 81, discusses her journey in a book called “The Spiral Shell: A French Village Reveals its Secrets of Jewish Resistance in World War II, A Memoir.” NHWeekend shares excerpts from a recent Q&A with Morse about the book, which hit the market last week.

What was the initial inspiration that led to “The Spiral Shell?”

I applied for a residency at Moulin a Nèf, an artists’ retreat owned and operated by the Virginia Center for the Creative Arts. It’s in Auvillar, a village in southwest France. I hadn’t expected I’d get in, and when I did, I began researching the village. Specifically, I came upon the stories of Jews there during the Second World War.

As an American Jewish child growing up in the shadow of that war, I remembered a Civil Defense volunteer walking past our living room window shouting, “Lights out, lights out.” We were afraid of enemy planes and of U boats in the waters off the Jersey Shore.

Post-war, I wandered the living room and found photos in Life magazine of skeletal bodies piled as if they were pick-up sticks. I absorbed in silence. I had no words. My parents had no words. We were Jews, and we knew that if our ancestors hadn’t boarded a ship, we would have been those human sticks.

How did you come to write about the Holocaust?

I like to say I fell into this work, and I did. I dropped into the unknown and followed these stories without knowing where they would take me. I wrote essays about Germaine, Yvonne, and many more. I published in literary magazines, and one essay was included in “Best American Essays,” another was nominated for both a Pushcart Prize and Best of the Net. After a few years, I gathered these pieces into a collection. An agent advised me to shape the work into a narrative.

As I wrote these stories about French Jews, particularly Germaine, I began to examine my own patchy relationship to Judaism. At home, my father preached assimilation. Sometimes, I said I was Jewish, sometimes not. I had light brown hair and blue-green eyes. I could pass. Germaine, like most French Jews of her class before the war, did not identify as Jewish. Then the Nazis marched into France.

Post war, she identified as a Jew in her heart, but not openly. One day, she told me of being at a concert with a friend, who made a remark about the Jewish conductor. “Did you tell her?,” I said (to Germaine). “Did you say you were Jewish?” Aline, Germaine’s daughter, interrupted: “You cannot do that here.” At that moment, I understood, it wasn’t Germaine whom I wanted to declare her identity; it was me. I would frame my book with my own journey of self-discovery.

I recently saw a Facebook post in which you said that one of the themes of “The Spiral Shell” is survival in a time of crisis. It made me wonder what advice you might have about retaining a sense of hope and humanity in dark times.

If the book has a main character other than myself, also a character, it is Germaine. I adored her. She passed away this last February at 101.

When I interviewed her the first time, I expected to hear tales of near misses and harrowing escapes. Instead, she told me of combing lice from the girls’ hair, giving them geography lessons, teaching them to sing, and forming a chorus. I learned that what gets us through times of crisis is everyday life, walking, cooking, doing our laundry, and kindness to others.

Germaine had told me stories of a butcher who sold her meat when he had it, of a doctor who treated children when they were ill, of a hardware store owner who came to fix what needed fixing. A friendly gendarme would knock to warn of upcoming raids. These folks chose to act in simple ways. Others remained silent.

In the book I write: “Was I impossibly naïve to think we can learn to put humanity first and stand together, even silently? Not on a large scale; that is impossible. But individually. For that it seemed, was what had saved the Jews sheltering in Beaulieu sur Dordogne, a certain quiet, collective, yet independent understanding. And a desire, not particularly to do good, but at least to do no harm.”

I understand that while you live in Maine, you have lots of ties to New Hampshire. What are some of your favorite memories of time or experiences in the Granite State?

New Hampshire is dear to my heart. My husband and I raised our three sons in Holderness, and spring, summer and fall we hiked as a family mostly around Squam Lake and Waterville Valley.

One evening at party, I found myself talking with a group of women, all planning a hike up Mount Washington and a night in the Lakes of the Clouds Hut. They invited me and my three sons to come along. How difficult could a hike up Washington be? These women were all gray-haired, somewhere in their 50s, maybe older. I was 34, the boys 12, 10, and 7.

I have no memory of the trail we took, but I have a distinct memory of bouldering, then stopping to watch the backs of those four gray-haired women moving swiftly and expertly from rock to rock as the boys as I struggled for breath. We took a break, wiped sweat, caught our breath, and drank water. I said to my sons, “One day, I’m going to be a gray-haired woman climbing these mountains.”

That was the beginning of my love of and deep respect for the Whites. Hiking became a family sport, then my passion. I truly feel the healing power of nature, and I’m grateful to New Hampshire for giving me that.

Sandell Morse’s planned visit to Gibson’s Book Store in Concord has been turned into a virtual event at 6 p.m. Tuesday, April 28, using Zoom.

To register, go to https://bit.ly/2xPWfrY. Morse’s interview with storyteller, writer and humorist Rebecca Rule will be featured.