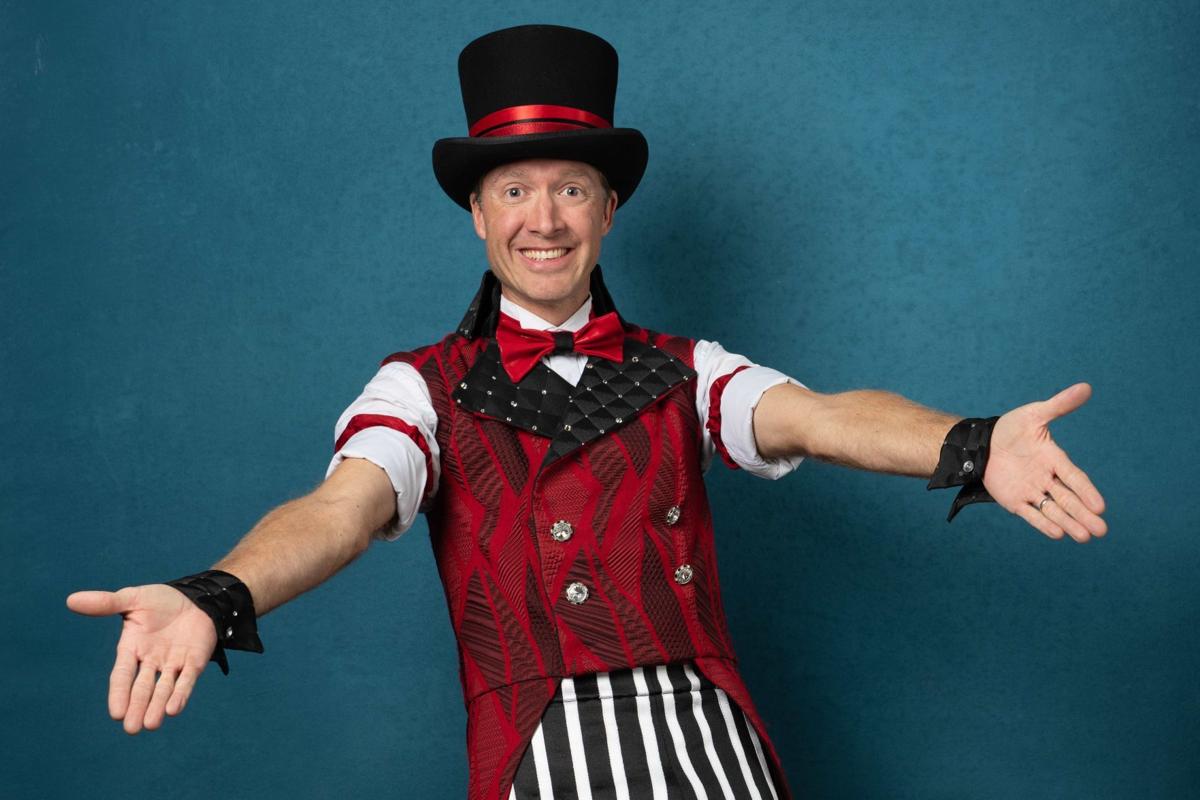 Troy Wunderle, of Wunderle’s Big Top Adventures, is on the lineup for the mostly virtual Claremont Frist Night program on New Year’s Eve. 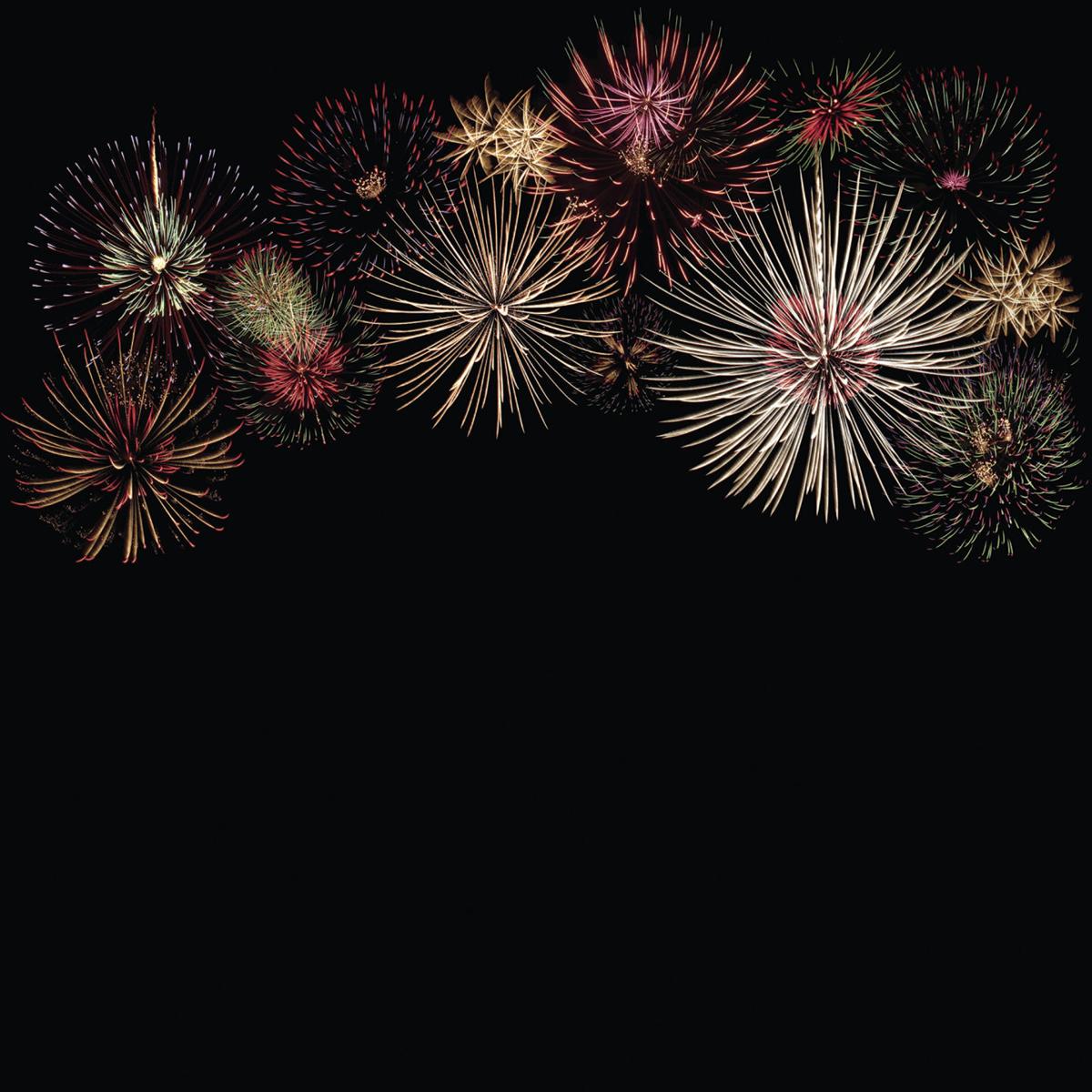 Troy Wunderle, of Wunderle’s Big Top Adventures, is on the lineup for the mostly virtual Claremont Frist Night program on New Year’s Eve.

T he toast might be virtual, the hugs on hold, but the sentiment is universal: Let’s ring in the new year and drop kick 2020 into the rear view mirror.

Things definitely aren’t typical this New Year’s Eve. The First Night celebrations in the streets, the big dance parties, the packed concerts in music halls — most are paused as we head into 2021. And plans don’t just change from day to day but hour to hour.

Still, there are bright spots — retooled shows, some splashes of color and online celebrations with fun, games and a sense of community.

“If ever there was a time to celebrate a new year beginning, it’s this year,” said Marti Mayne, public relations manager for the Mt. Washington Valley Chamber of Commerce.

Fireworks in North Conway Village will go off at about 9:30 p.m. today from the North Conway Golf Course. Mayne said they can be viewed from as far as West Side Road to Cranmore Mountain to Depot Street. Spectators can stay in their cars or follow social distancing mandates and wear masks if standing in Schouler Park.

Keeping a sense of humorTraditionally, comedy is king on New Year’s Eve in New Hampshire.

These are limited-capacity shows to allow for audiences to spread out. Tickets are $30.

Dueling Pianos is set for 10 p.m. at Chunky’s in Manchester. Tickets are $40. For details, go to chunkys.com.

While Maine comedian Bob Marley’s two in-person shows tonight at the Flying Monkey in Plymouth are sold out, people still can pull up a lawn chair at home and stream his new special “Crona Watch 2020,” which was filmed before an audience this past September. The link is available starting at 8 p.m. today and is good for 72 hours. Tickets are $25 at www.bmarley.com.

Marley (“Uncle Bobby”) has kept up a running patter on life in the “rugged” age of the “Crona” virus on social media over the past 9 months, and did numerous reduced-capacity standup shows in the Granite State in 2020.

Across New Hampshire, family-oriented New Year’s Eve events in New Hampshire have been transformed into virtual lineups and do-it-yourself activities at home.

In Manchester, the Currier Museum of Art, which usually hosts more than 600 guests at its “Noon Year’s Eve” family celebration, created take-home kits so children could create a party hat and take part in the gleeful stomp over bubble wrap for that “fireworks” pop. Those who registered for the event will get to log into performances from magician BJ Hickman and Lindsay and her Puppet Pals anytime today.

And for those who are ready to see 2020 disappear, magicians Dan Chan and Yu Koriki will share some sleight of hand. (There won’t be fireworks this year. Check out the WolfeboroLastNight page on Facebook for links and any updates on show times.)

Tune into live streams of First Night programs in Claremont on CCTV channels 8 and 10 and via Facebook feeds. The Claremont-Sugar River Rotary has teamed with the Claremont Community Center and television on a mostly virtual slate that will include outdoor and social-distanced performances by Troy Wunderlee’s Live Duo-Cirus, magician Steve Charette, musician Brooks Hubbard and the Off Broad Street Players, who will share “Stories to Ring Out the Year!”

Though Arrowhead Recreational Area last week announced that it would not be open on New Year’s Eve and has set a reopening date for Jan. 8, fireworks will go off at 10 p.m.

“If you look up and can see the top of Arrowhead, you will be able to see the fireworks,” organizers said in a Dec. 23 post. “(Spectators) can view from “locations such as Walmart, Big Lots, North Street Visitor Center parking lot and the Broad Street Area.”

In addition, the resounding peal of church bells will go off around town at 9, 10, 11 p.m. and midnight. Six churches are participating. The celebration goes from 5 to 11 p.m. For details go to www.claremontnh.com/claremonts-first-night.

In the past there’s also been an experimental side to New Year’s events in New Hampshire, from 1920s-themed dinner dances to campy stage shows.

The new Powerhouse Theatre Collaborative in Laconia, a new theater program at the Belknap Mill and the resident theater company of the Colonial Theatre, is hitting a timely tone. It plans to share the first draft of Brian Halperin’s play “Save the Weils, 2020: A Tragi-comedy of Pandemic Proportions,” via YouTube on New Year’s Eve.

“2020 has been a year like no other. Everyone has a story and most people are happy to see it go. This play is about 2020; the highs and lows, laughs and tears, and seemed an appropriate thing to share with an audience before the year ends,” Halperin said.

It centers around the Weil family — a retired couple and their laid-off Broadway actress daughter, Liza, as they quarantine in their Cape Cod vacation home this past June. The family’s privilege is turned upside down by two surprise visitors.

“Save the Weils” stars professional actors C.J. Smith, Megan Gaffney, Richard Brundage, and one of the grande dames of New Hampshire theater, Donna Goldfarb. All but Smith should be familiar to Lakes Region audiences for their performances at the Winnipesaukee Playhouse over the years.

After the video ends, audience members will be invited to join Bryan and Johanna Halperin on a live Zoom at 8:30 pm for a talkback to discuss the play and the plans for Powerhouse’s debut season in 2021.

“Normally you might not share a new play this early in its development, but 2020 isn’t normal and neither is this play. We thought this New Year’s Eve people would be home looking for something to do. This 75-minute play will hopefully make you laugh, angry, thoughtful, and maybe even teary. Just like 2020,” Halperin said.