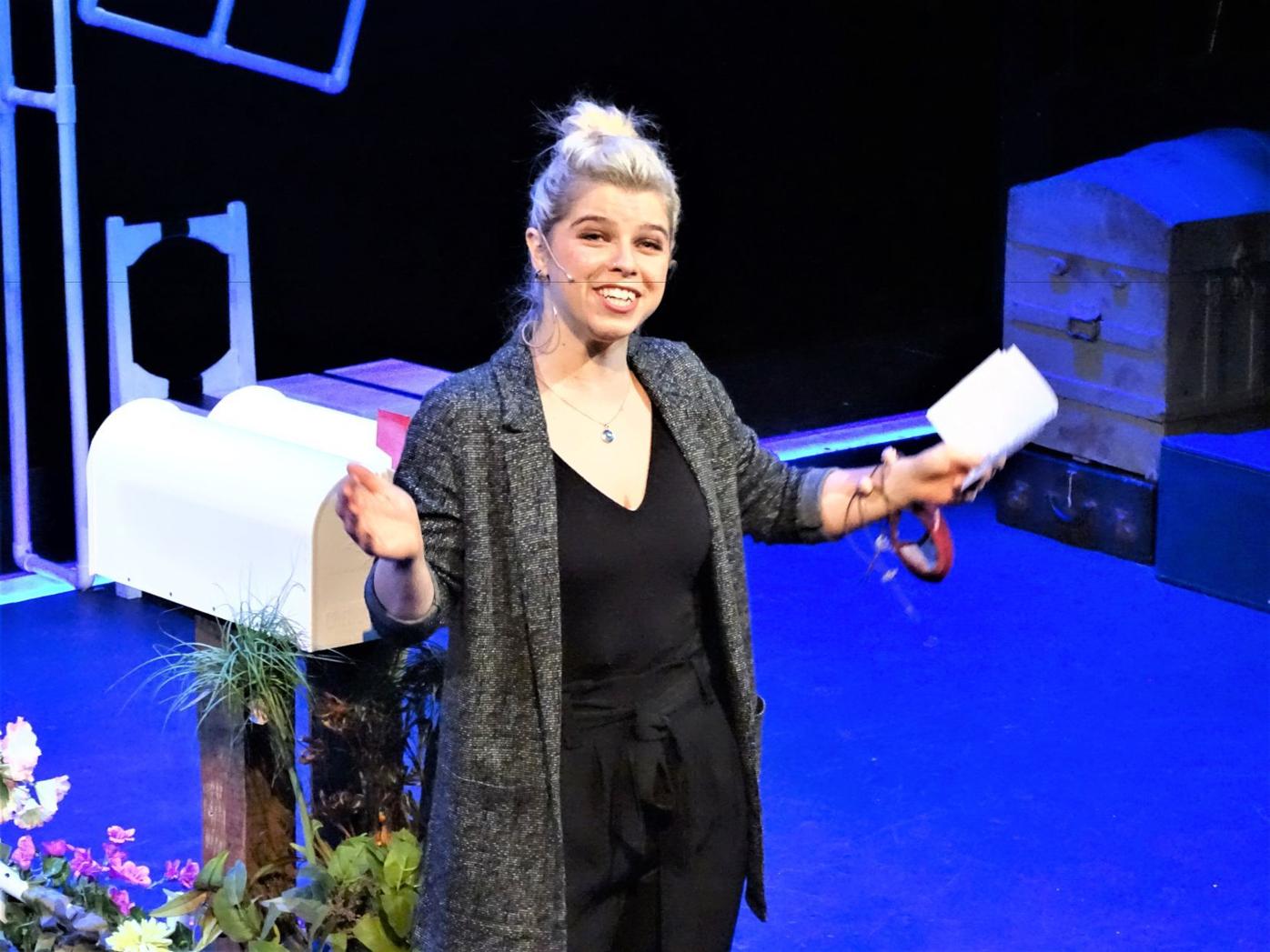 Seacoast Repertory Theatre Associate Artistic Director Alyssa Dumas went over COVID-19 and other safety protocols with audience members before opening night of “The Fantasticks” in Portsmouth. In her introduction, Dumas said there haven’t been any cases of COVID-19 at the theater, which resumed live-audience performances last summer. 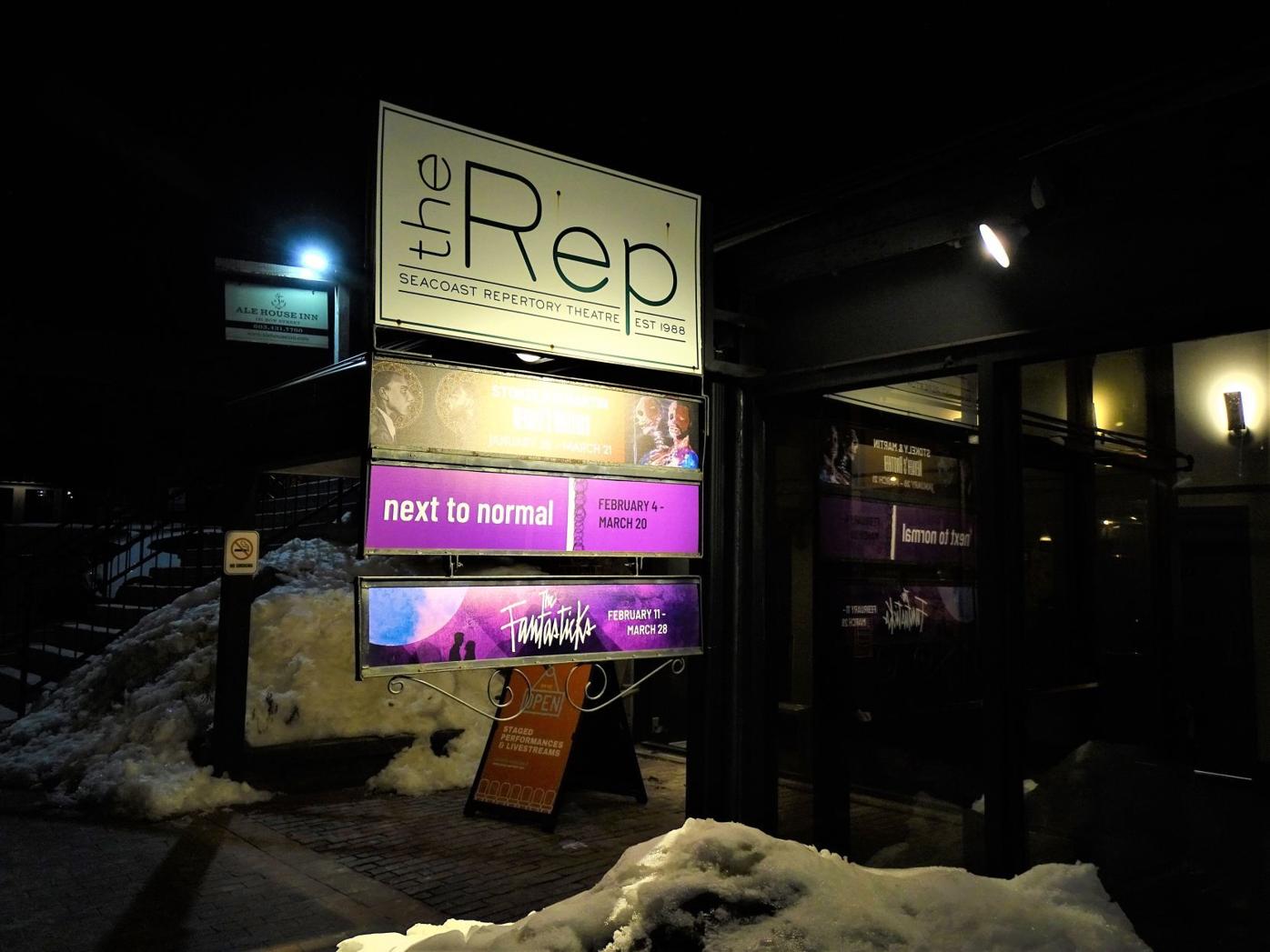 Board President Jonathan Day said Seacoast Repertory Theatre in Portsmouth is offering multiple performances each weekend to get more people in to see live performances. 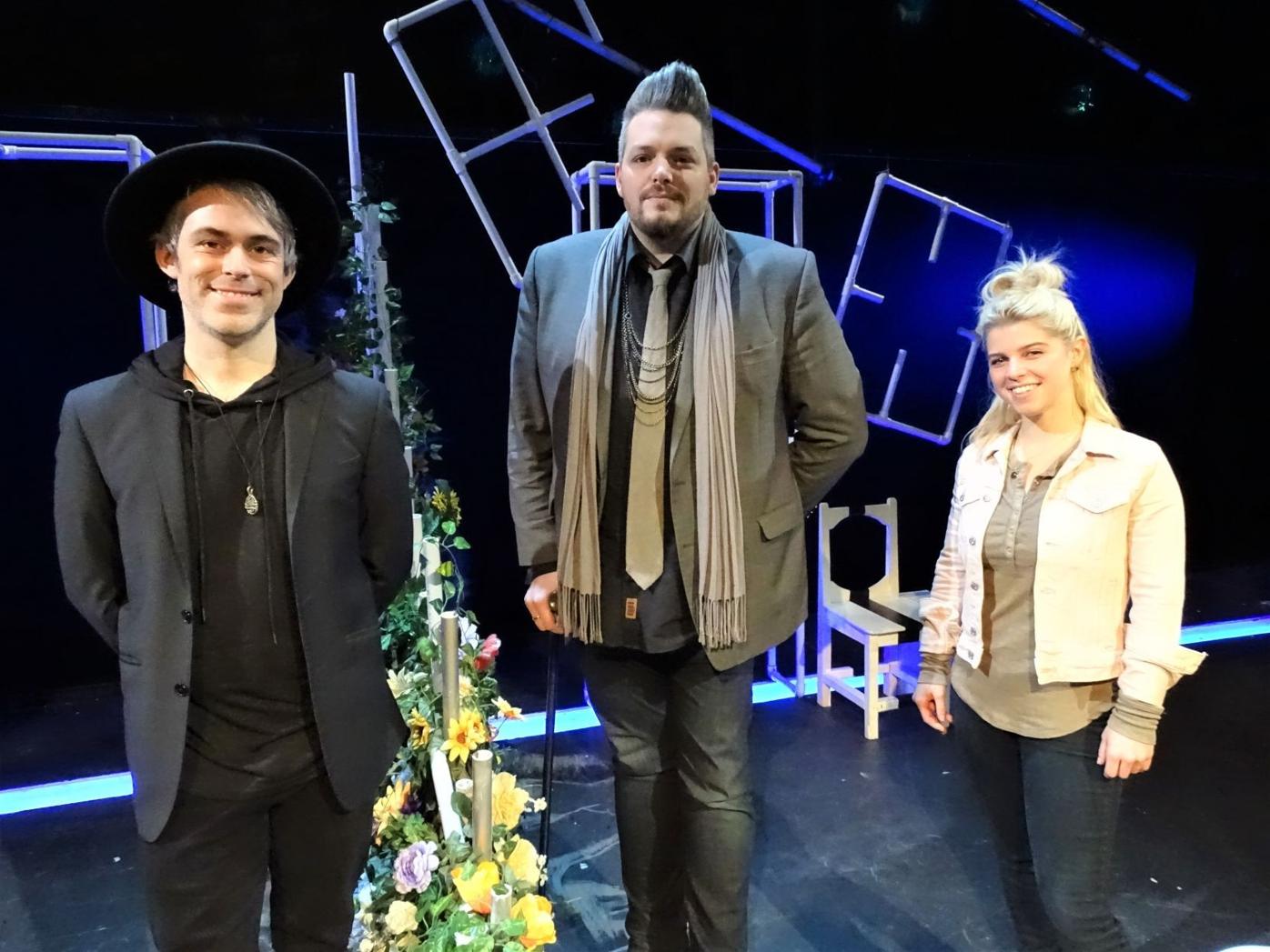 Seacoast Repertory Theatre Associate Artistic Director Alyssa Dumas went over COVID-19 and other safety protocols with audience members before opening night of “The Fantasticks” in Portsmouth. In her introduction, Dumas said there haven’t been any cases of COVID-19 at the theater, which resumed live-audience performances last summer.

Board President Jonathan Day said Seacoast Repertory Theatre in Portsmouth is offering multiple performances each weekend to get more people in to see live performances.

L aughter filled the air at Seacoast Repertory Theatre in Portsmouth on opening night of “The Fantasticks.”

The show, about a pair of enamored teens and their conspiring fathers, runs through March 27.

Last Friday’s live audience was about 35 people, but another 40 livestream tickets had been sold as of that afternoon.

Bill Cook, of South Portland, Maine, said he has traveled about an hour each way to see live performances since the theater started allowing in-person audiences again last summer.

Seacoast Repertory Theatre has said it was one of the first in the country to put on full musical performances after the COVID-19 pandemic hit, and their protocols are being used by organizations around the country who are working to reopen.

“Every show they’ve offered to live audiences, I’ve come down,” Cook said. “If I haven’t come down to see it, I’ll pay for the livestream.”

The theater is open to 30% capacity under current guidelines.

Cook said he feels safer going to the live performances — where temperatures are checked, phone numbers are taken for contact tracing and masks are worn by the audience — than he does going to a large grocery store.

Seacoast Rep officials said there have been no cases of COVID-19 at the theater.

For performers who are accustomed to a theater filled to capacity, the COVID-19 pandemic has changed things. But it’s given patrons and staff a new perspective.

“We say constantly that we get excited when we get 16 people in the audience now, or like 20 people, where back in the day, when we had a matinee that had 40 people, we were all like, ‘Oh man, 40 people, that’s it?’” said Alyssa Dumas, the Rep’s associate artistic director.

“It’s massive. It really makes you appreciate it now, for what it’s worth.”

Board President Jonathan Day explained that as a producing house, The Rep could not risk shutting down live performances completely. They are now offering three different shows a weekend.

When the theater had to close to live audiences last March, the staff immediately started producing live-streamed shows. They launched a radio station and started teaching virtual classes in music, theater and dance.

Despite the challenges of producing more content in a variety of formats and dealing with quarantines, artistic directors Brandon James and Ben Hart say the work has been worth it.

James pointed out how hard-hit others in the theater community have been.

“Most everyone we know in our entire industry has been out of work for a year, and we have all stayed in work, we have been creating art, we have been servicing the community,” James said.

“I also saw it as a blessing because so many other people were literally stuck at home with zero people and we were stuck with this little family, but we were still working and creating. It was exhausting in a different way, but we’re very blessed,” said Hart, who has been fielding calls from theaters in other communities who want advice on reopening.

The board of trustees has announced a “Bridge the Gap” fundraiser to allow the theater to continue operations while they await federal grants through “Save Our Stages.” The continued roll-out of vaccinations will also help the theater rebuild capacity.

The fundraiser ends on March 14.

Seacoast Repertory Theatre’s FY 2021 budget is $1.8 million. The Rep has 24 staff members and typically has more than 300 performances annually.