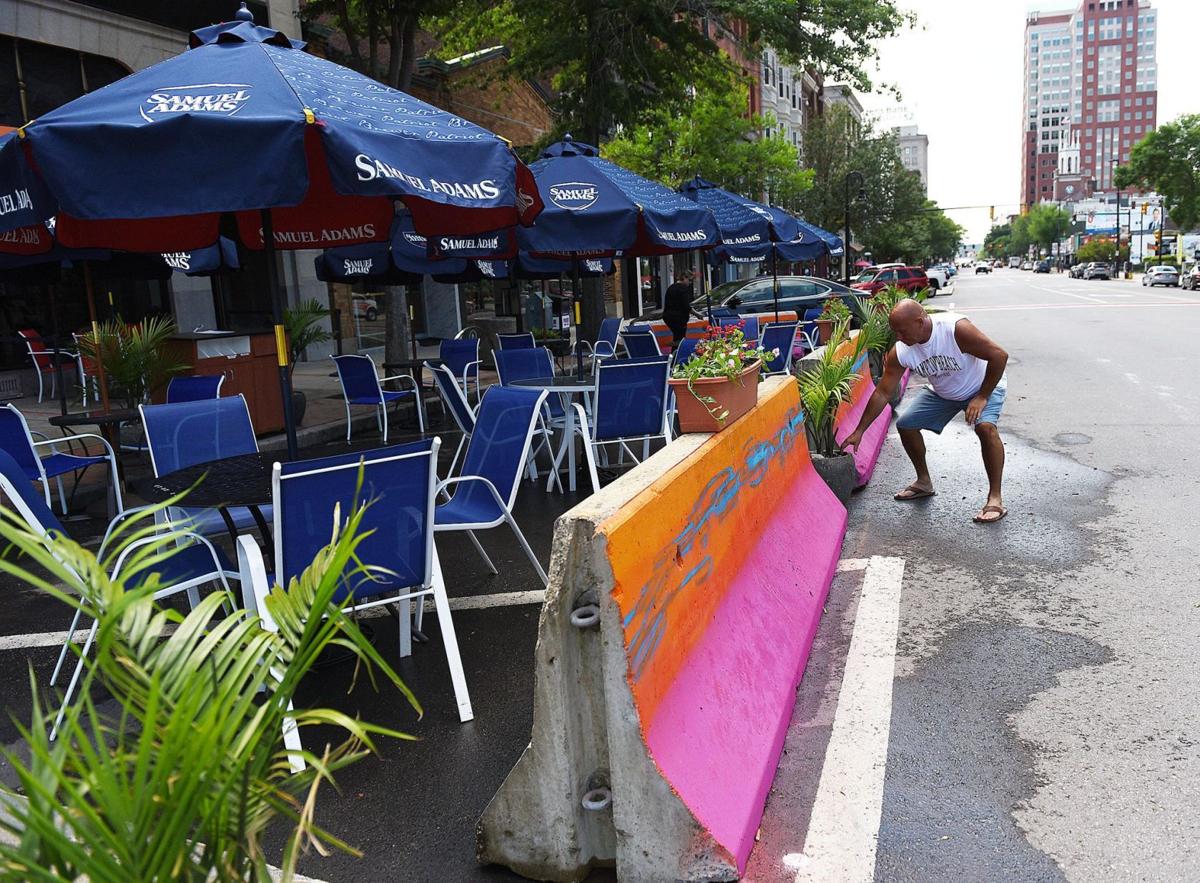 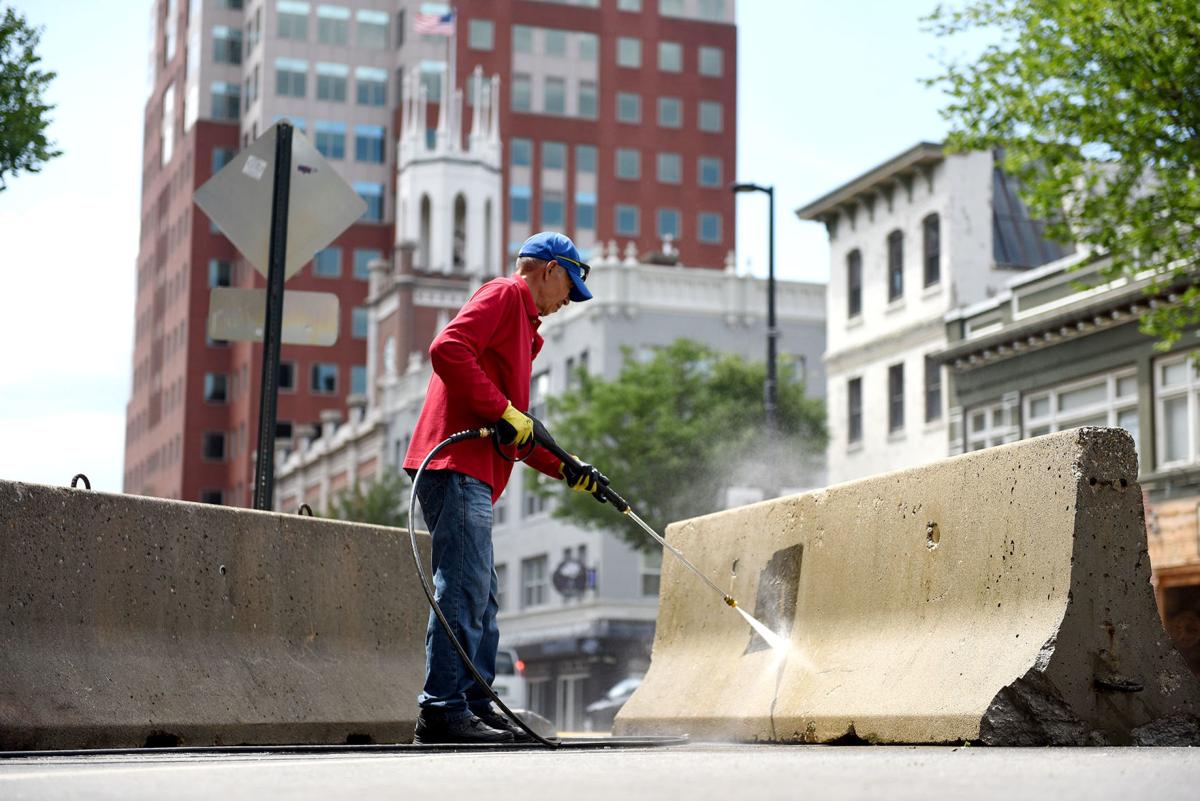 Barriers were installed at the request of four restaurants, and a fifth request is pending, said City Clerk Matthew Normand. Earlier this month, Manchester aldermen approved the expansion to compensate for restaurants that have lost much of their dining space because of COVID-19 social distancing restrictions.

Normand said applications are clearing in a day or two. In May, Nashua expanded dining areas into Main Street.

“It’s a great idea. It’s better than closing the whole street down,” said Chuck Kalantzis of Penuche’s Music Hall. He said he was one of the original advocates for expanding dining areas into parking spaces..

He said the city lost only four parking spaces in front of his building, while he gained space for 22 outdoor customers.

City crews installed standard Jersey barriers over the weekend in front of Penuche’s as well as Campo Enoteca Restaurant, the Bookery and the Shaskeen, Normand said. A request is pending for BluAqua Restrobar.

Mike Graton, co-owner of the Shaskeen, said customers like to be outside, but the weather of Sunday and Monday discouraged outside dining or drinking.

While Penuche’s is offering live music outside, Graton said no decision has been made about outside entertainment at Shaskeen.

Shaskeen had 16 chairs inside the parking spaces. It has two sidewalk tables that can seat a maximum of five per table.

Kalantzis said the city provided the barriers and parking spaces for free. But he said he has to pay another $2,000 a year for insurance connected to the expansion.

Kalantzis had to have the barriers sanitized and blasted because they were dirty and corroded, he said.

Street artist Keith Trahan was spray painting the street side of the barriers on Monday. He said Intown Manchester is paying for the work. The spray acrylic included fluorescent-tinted shades of orange, blue and rose. He planned on adding some owl characteristics, which appear in much of his work, including the mural at Bridge and Elm streets.

“I’m just trying to brighten up the concrete, make it nice rather than an eyesore,” he said.

The barriers will be in place until Oct. 11.