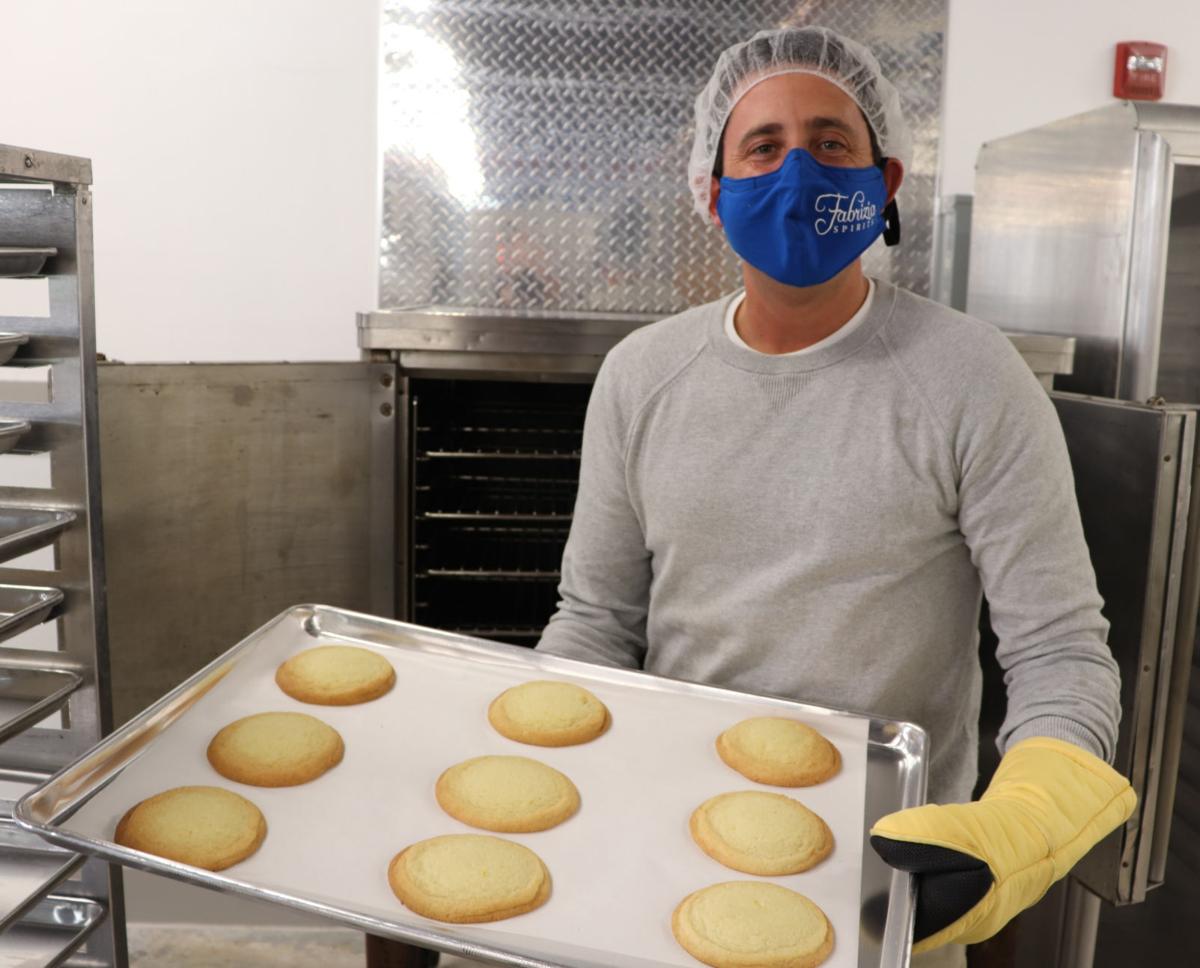 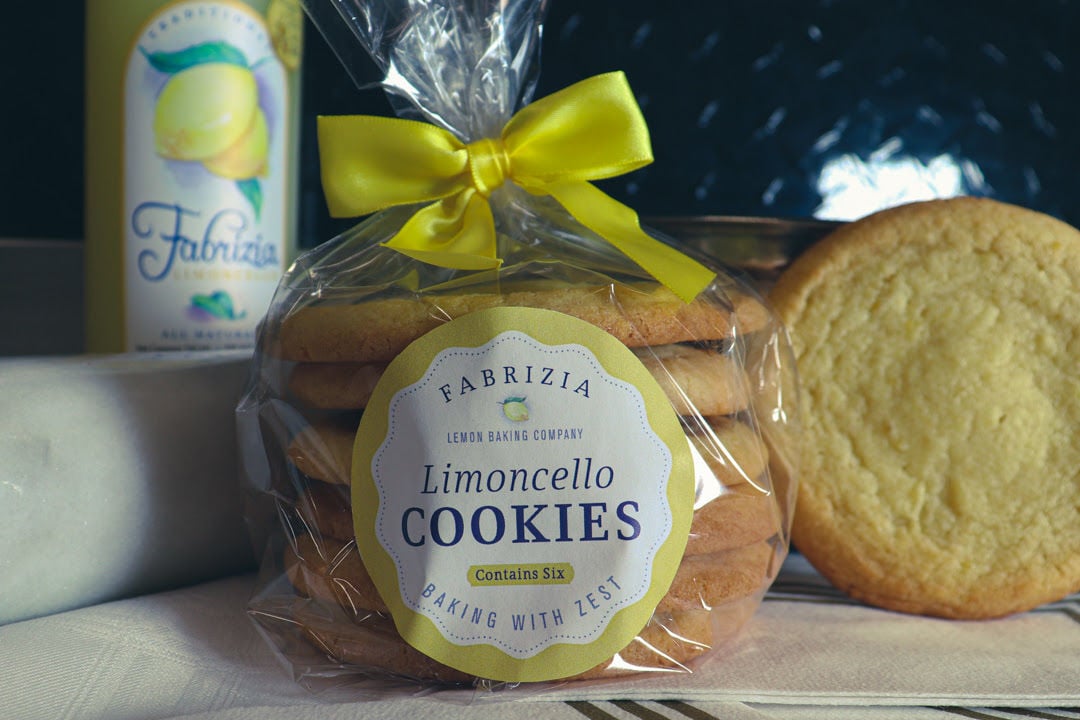 A package of six Fabrizia lemon cookies sells for $10.99, and $1 for each package will be donated to Feeding America, which supplies meals to over 200 food banks across the country.

A package of six Fabrizia lemon cookies sells for $10.99, and $1 for each package will be donated to Feeding America, which supplies meals to over 200 food banks across the country.

The owners of Fabrizia Spirits in Salem are seeing life beyond limoncello, diversifying their product line to include lemon-scented hand sanitizers and lemon-flavored cookies. Both have boosted the bottom line during the pandemic.

The limoncello and canned cocktail manufacturer expanded its operating space to cover the entire first floor of 2 Industrial Way, and it purchased about $15,000 worth of baking equipment and ingredients, according to co-owner Phil Mastroianni.

So far, the new baking company has received over 200 cookie orders, which are being shipped to places like California, Florida, Texas and Illinois.

“They’re going to markets where we don’t even sell our limoncello,” Mastroianni said.

He said the plan is to start with the limoncello cookies, made with Fabrizia’s flagship product, with direct-to-consumer sales through its new website Fabrizialemonbakingcompany.com. A package of six cookies sells for $10.99, and $1 for each package will be donated to Feeding America, which supplies meals to over 200 food banks across the country.

Eventually, Mastroianni said they will add limoncello whoopie pies and limoncello biscotti to the lineup. They intend to focus on direct-to-consumer sales for the foreseeable future and won’t jump into the wholesale market until they feel they’ve mastered the direct market, he said.

In early 2019, the company moved from a 1,500-square-foot section of the building’s first floor and traded places with another tenant to increase its space to 6,000 square feet.

After it began manufacturing sanitizer to keep the company afloat amid a loss of liquor orders at the start of its usual peak season last March, the company rented out space on Raymond Avenue to store the extra raw materials needed to make both sanitizer and its signature limoncello, Italian Margarita and other canned cocktails, Mastroianni said.

They reached an agreement with their neighboring tenant to trade places again, this time with the Raymond Avenue location, so they could take over the whole first floor of 2 Industrial Way.

“The thing that’s cool about it is, it’s really where we started the company,” Mastroianni said. “It’s sort of giving us that same excitement all over again.”

The idea for the new company owes its roots to “dry tasting” tables Mastroianni would man at highway liquor stores about 11 years ago, which featured pound cakes he would bake with limoncello.

Since then, the company’s foray into hand sanitizer, which is now a permanent addition to its product offerings, helped Mastroianni realize the company’s brand is more bound to lemons than to liquor, and the experience also opened his and his brother Nick’s eyes to how diversifying can help the business.

The more immediate benefit of starting a baking company would be to keep their 30 employees on the payroll through the slow season for limoncello and canned cocktail sales, during the cold months between October and December.

As demand for liquor products slows down, Mastroianni expects demand for its baked goods to increase, particularly during the holiday season.

Before the pandemic, Mastroianni had projected they’d have about 10 to 12 employees. But the addition of their successful sanitizer products, and growth in the canned beverage sector required them to hire nearly three times as many employees.

By August, they realized they needed to start the bakery to keep those workers employed.

“It was really driven by that,” Mastroianni said.

But there are other benefits as well. He said the company will weather economic storms better with revenue streams in diverse categories.

“We’re doing it because we have a passion for it. … That said, I’ve also run some numbers. There is a bigger market here. The baked goods market is much bigger than the spirits industry,” Mastroianni said.

But he said he recognizes it’s a competitive industry to get into. While the foray into sanitizer was born of necessity, dipping their toes into baked goods is more strategic, though relatively low-risk, he said.

Worst case scenario, Mastroianni said they will have made thousands of cookies for their friends and family, and established a fun way to market the Fabrizia brand.

“It’s better than getting a pen or a keychain as a marketing item,” he said.

But if they’re successful, it could be big business.

“On the high side, we think we can turn this into a million dollar business, if everything goes right, in the next few years,” Mastroianni said.

In the short term, it’s also good for the company’s cash flow. In the liquor business, there’s a 90-day turnaround cycle before they make their money back from the time they make their initial orders of Sicilian lemons.

It takes four to five weeks for the imported lemons to arrive, he said. The company then spends January and February processing the lemons, and their unique process for making all-natural limoncello takes up a bulk of the time.

Co-owners Phil and Nick Mastroianni founded Fabrizia Spirits in 2008, and their products are now found in 16 states nationwide.