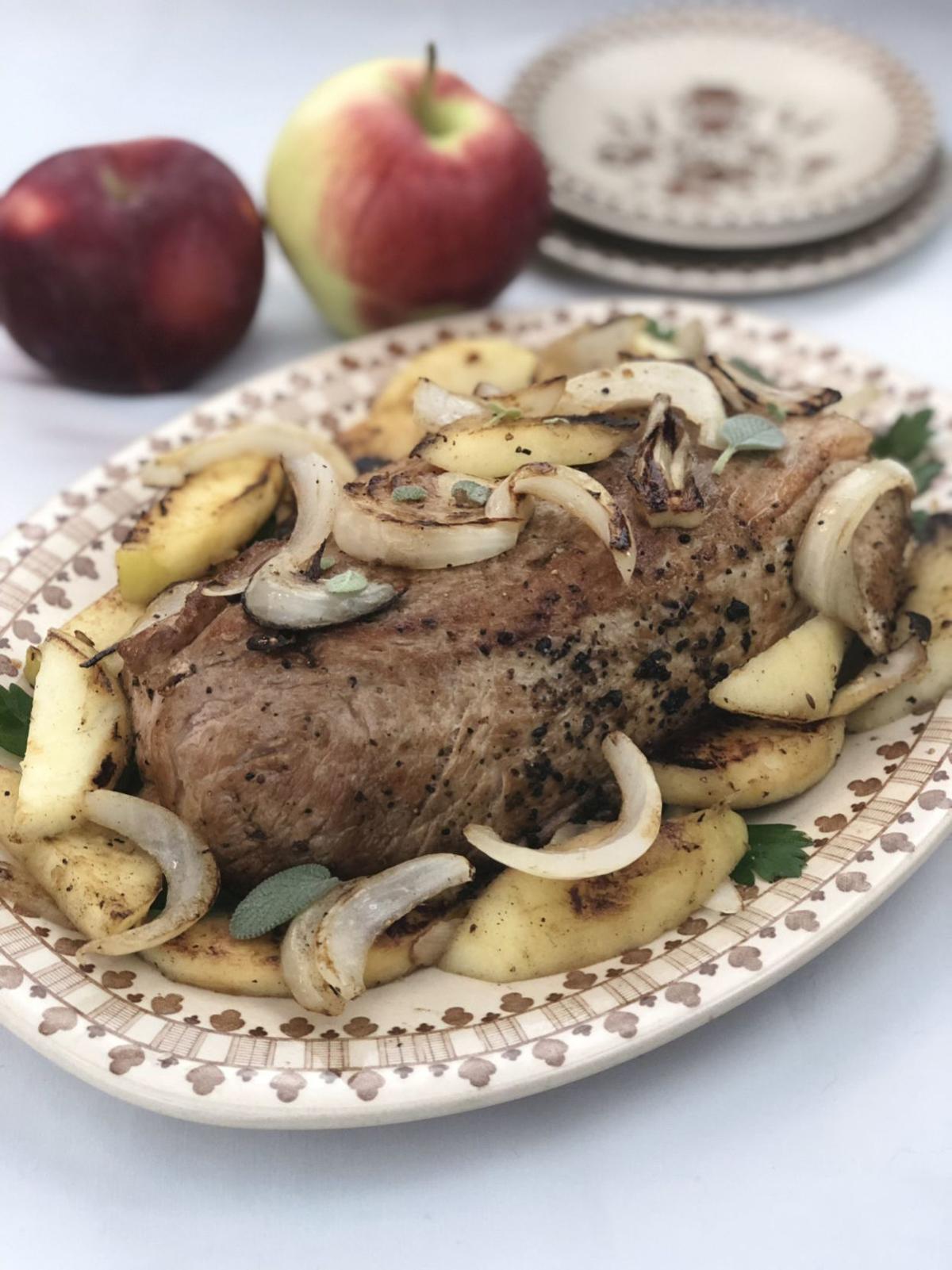 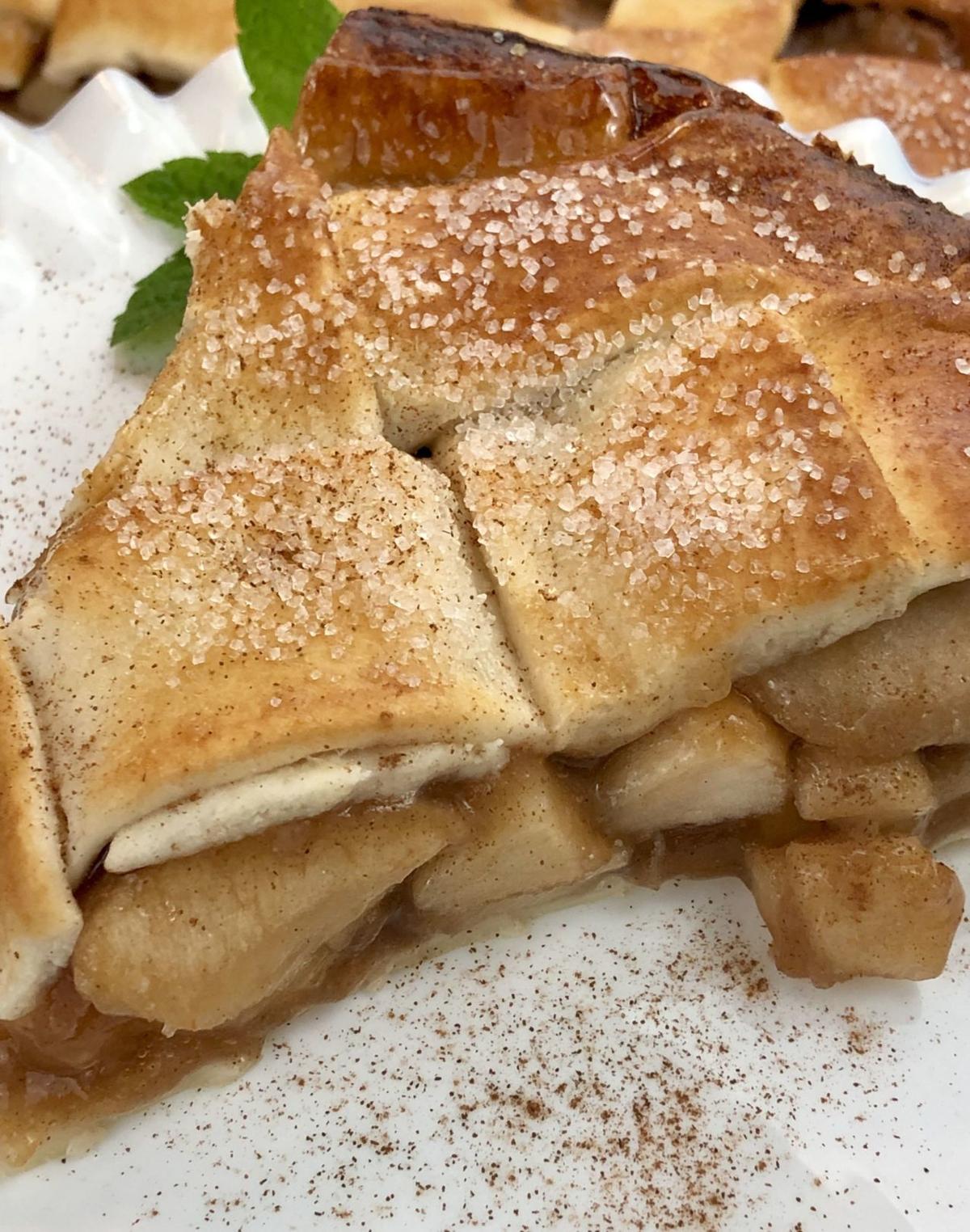 Nothing says fall like a pie made from fresh-picked apples. 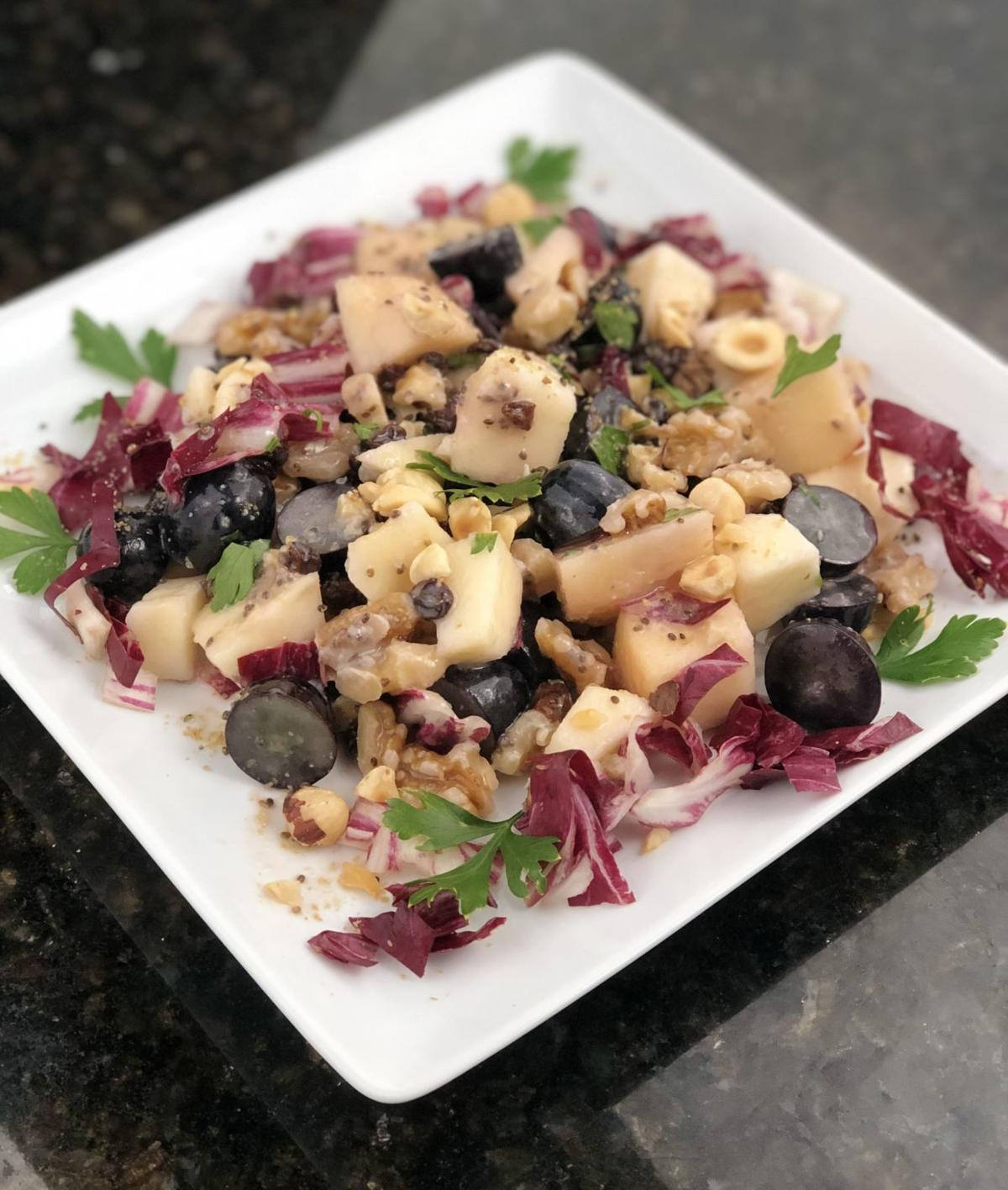 There is something special about the scent of an apple pie baking in the oven on cool autumn day, especially if you spent the earlier part of the day picking those apples at one of New Hampshire’s many orchards.

I always make it a point to buy local apples in September when the apple harvest is in full swing.

When my sons were younger I would try to make a day of it, but what would usually happen is we would arrive at the apple orchard and they would pick their apples in record-breaking time. After 15 minutes of apple picking, they were ready to go. So much for the day-long outing.

One year my mother bought us one of those apple-corer-peeler-slicer gizmos and that made an easy job of preparing the apples for apple pie or applesauce. The contraption was easy enough for the boys to use, so it was nice to get some help in the kitchen.

The thing I like the most about visiting local orchards is that you get the chance to find types of apples that aren’t normally available in the grocery store.

This year I bought some Mutsu apples which are firm and sweet with a little bit of tartness, perfect for sautéing.

I seasoned a pork roast and seared it before popping it in the oven, then sauteed some sweet onions and Mutsu apples and served them over the roast with some sage. The apples browned nicely in a little butter, and pairing them with the pork made for a winning combination.

Since grapes are also in season, I put together a salad with apples, walnuts and black grapes tossed in some yogurt and lemon juice. I could’ve eaten the entire bowl (especially since I tried it with some dairy-free yogurt), but I had to fight for the last of it with one of the boys, who was also a fan.

I also decided to update my apple pie by swapping out some of the sugar for some honey and added a little cardamom. The changes were delicious — and since I used local honey instead of white sugar, I didn’t feel bad when I ate two slices the other day.

Of course, the boys loved the pie too — especially since they didn’t have to peel all the apples.

Stretch a piece of the pie dough to fit a 9-inch pie plate; you can cover the edges with aluminum foil to prevent the edges from over-browning. Set the crust in an oven preheated to 350 degrees and bake for 15 to 20 minutes or until light golden brown.

Add the cored and sliced apples to a large bowl. Whisk together the brown sugar, honey, lemon juice and salt and pour over the apples.

Pile the apple mixture into the pre-baked pie crust. Whisk together the flour, cardamom and cinnamon and sprinkle over the apples, then dot with butter.

On a floured work space, stretch out the remaining crust. Cut the crust into strips about 1 1/2 inches wide. Stretch half the strips over the apples. With the remaining strips, work them over and under the initial crust strips to create a lattice pattern. (You can also just add the top crust as it is without cutting it into strips; just be sure to cut a couple of pie vents into the top). Trim the edges of the strips as needed so they are not hanging over the edge of the pie plate.

Brush the crust lightly with beaten egg, then sprinkle with sanding sugar.

Set the pie in an oven preheated to 375 degrees and bake for 40 to 50 minutes or until the top is light golden brown.

Add the apples and lemon juice to a large bowl and stir; this will keep the apples from turning brown as you prepare the rest of the salad.

Add the grapes, walnut and radicchio to the apples.

In a separate bowl, stir together the yogurt, vinegar, brown sugar and Kosher salt. Pour the yogurt mix over the apples, grapes and walnuts and stir to coat the apples.

Garnish with parsley before serving, if desired.

2 firm apples, such as Matsu, peeled and sliced

Sprinkle the steak seasoning and Kosher salt over the pork.

When the garlic starts to brown slightly, add the pork roast. Sear the pork for 3 to 5 minutes on each side, then cover and set in an oven preheated to 350 degrees and cook for about 35 minutes or until the internal temperature of the pork is 145 degrees. Remove from oven and allow to rest for several minutes before serving.

Serve the apples and onions over the roast and garnish with sage, if desired.