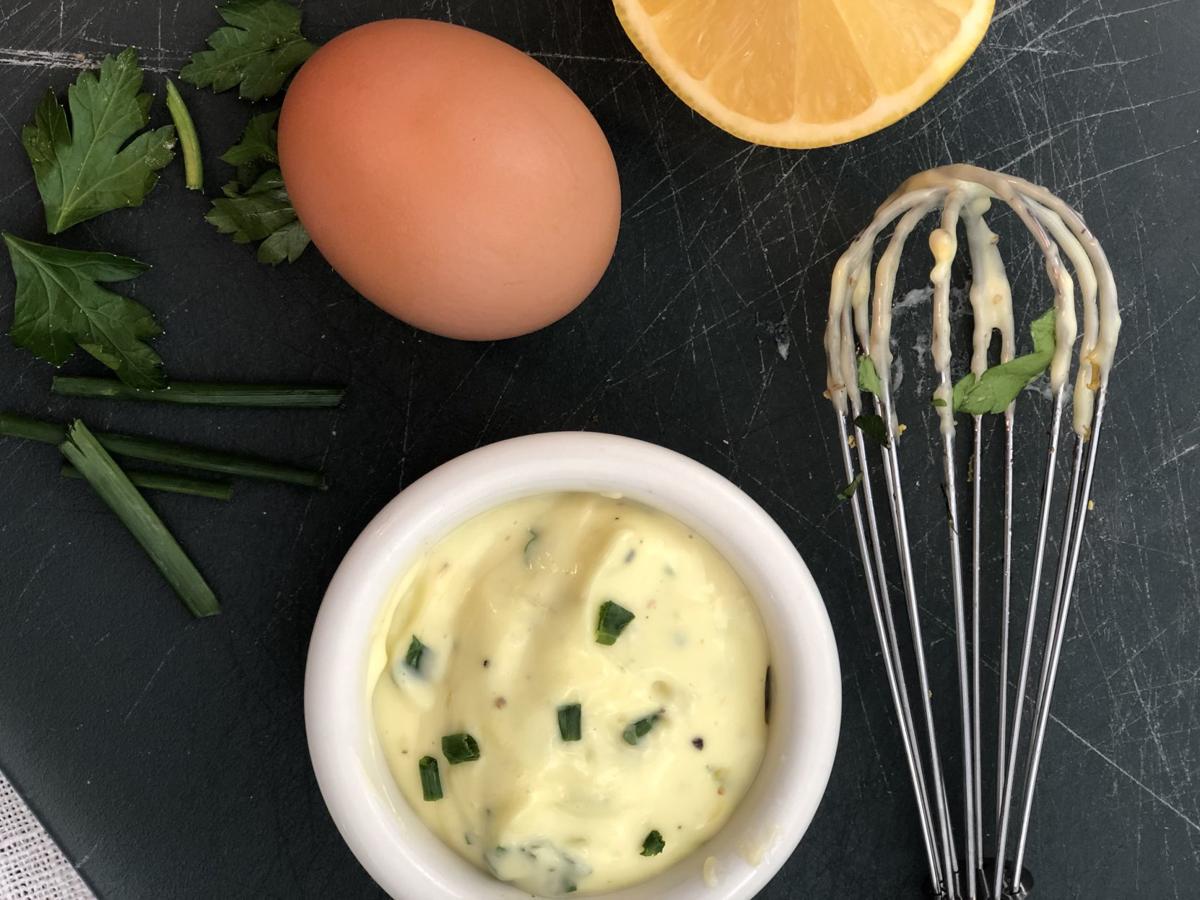 The key to a great Garlic Lemon Aioli? High-quality olive oil and a farm-fresh egg. 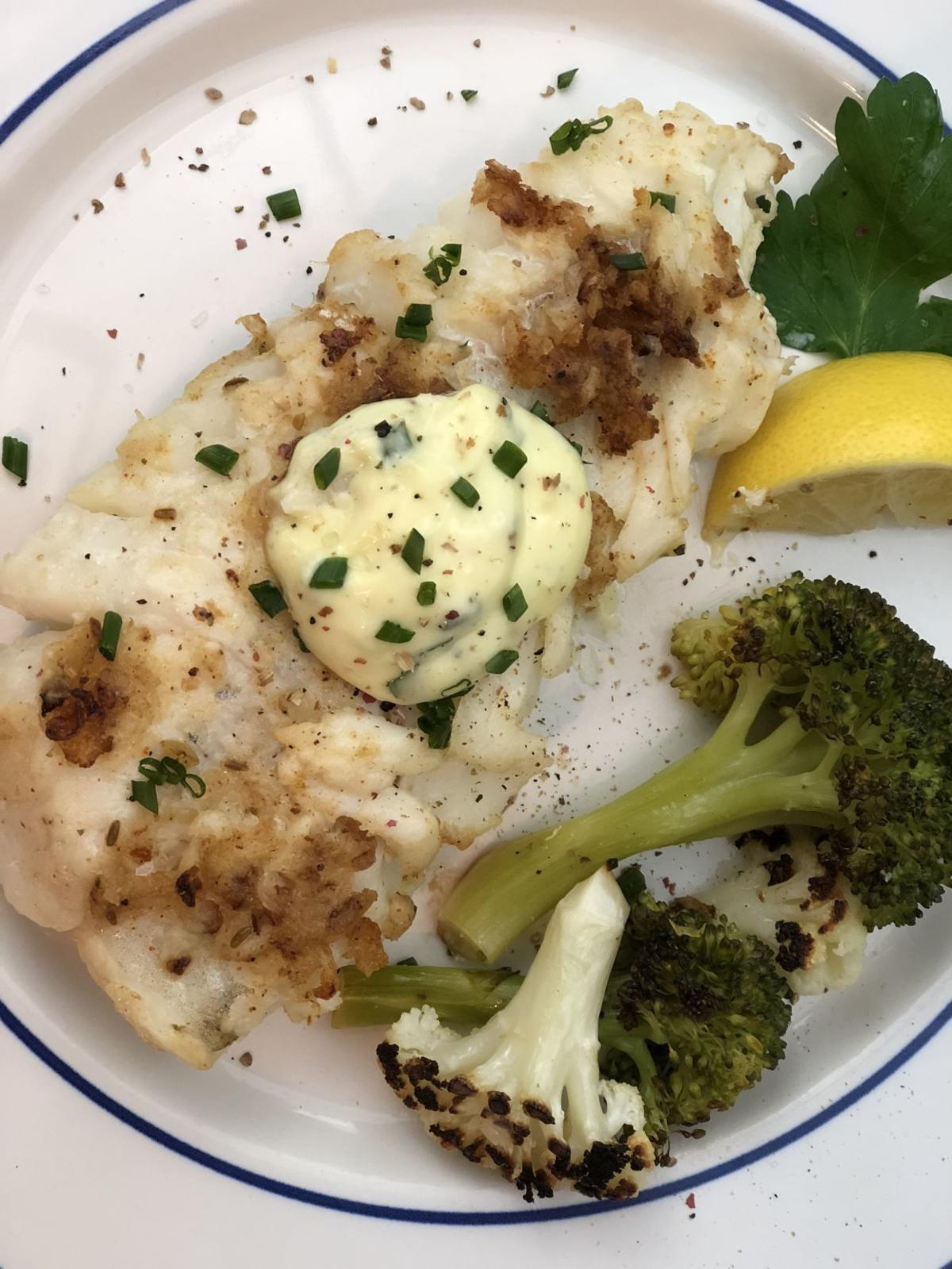 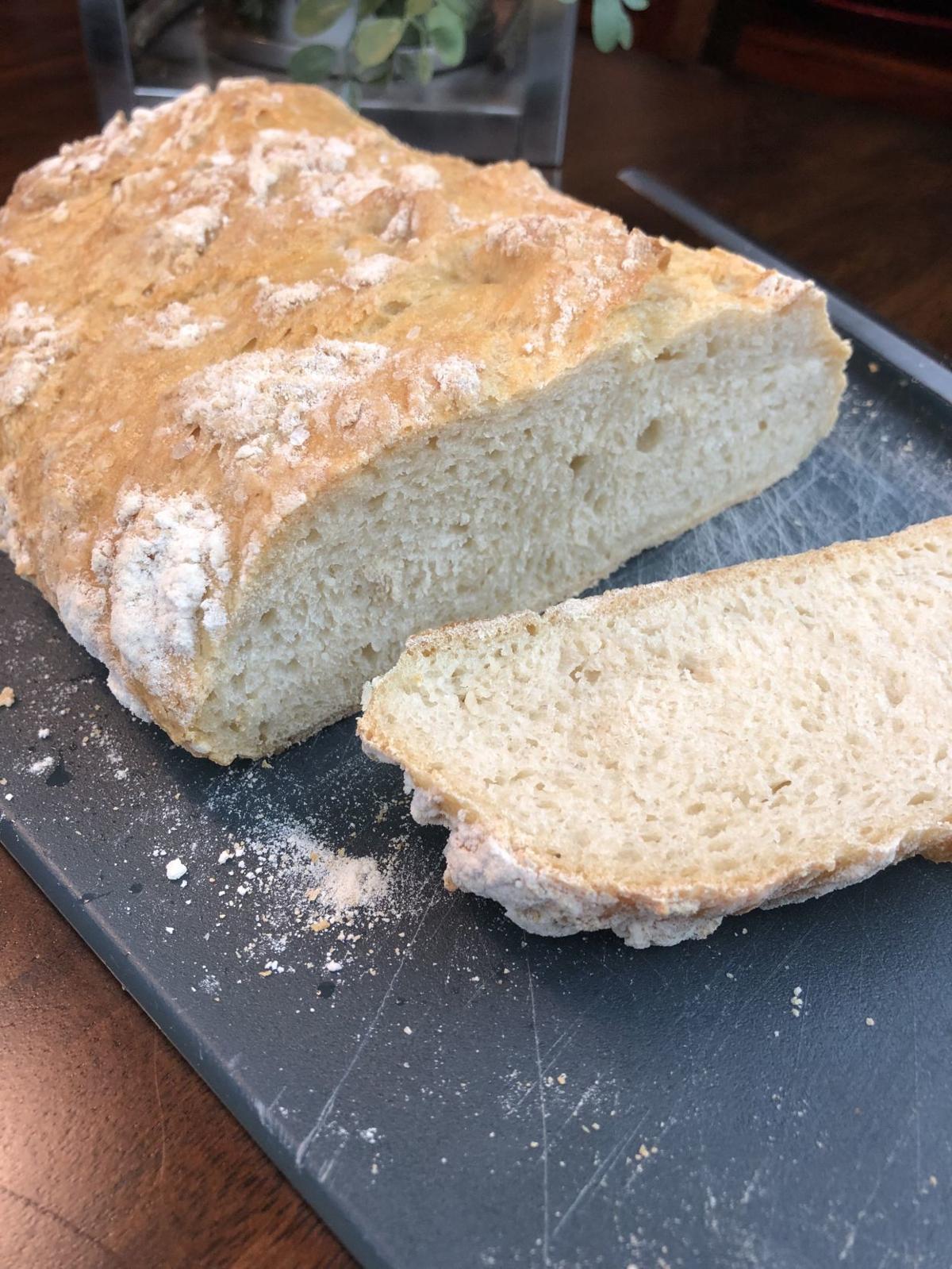 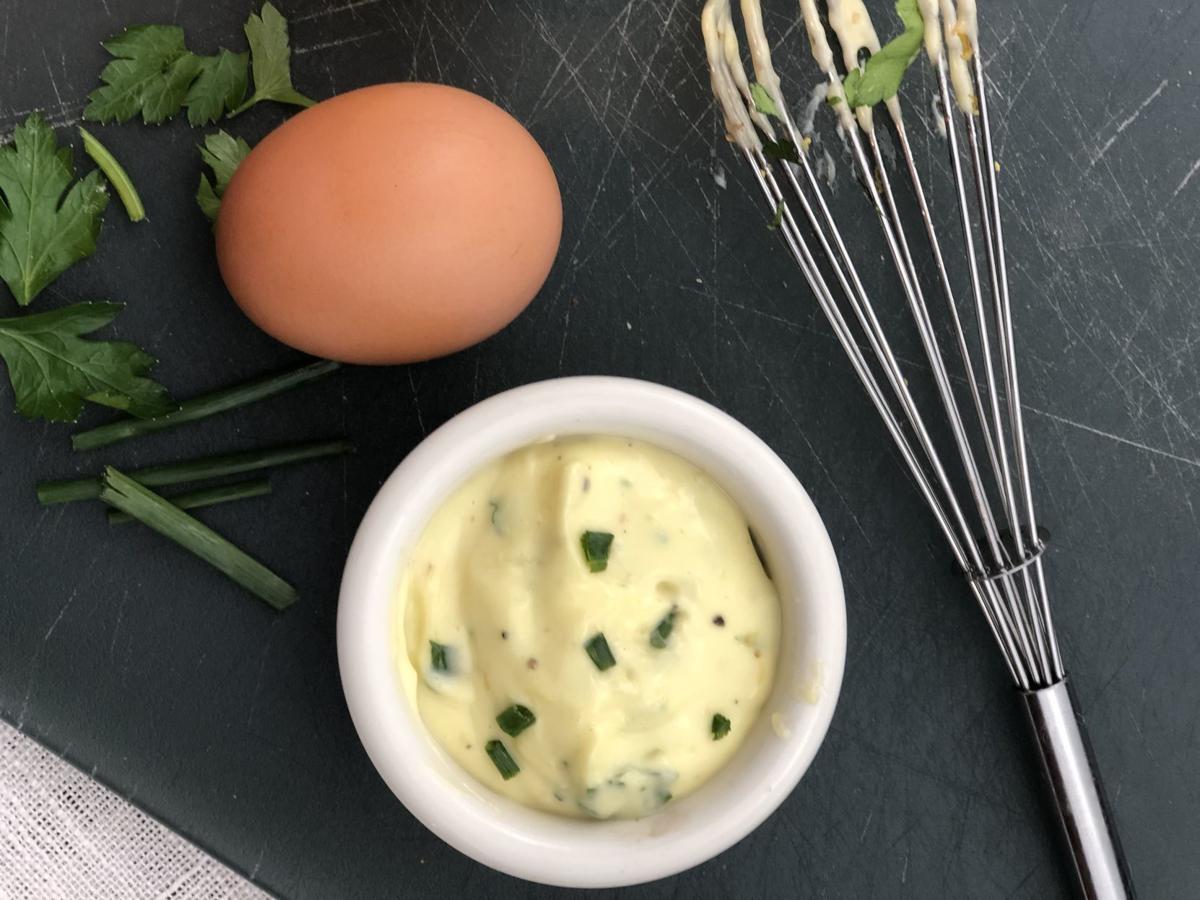 The key to a great Garlic Lemon Aioli? High-quality olive oil and a farm-fresh egg.

A few months ago I bought a mortar and pestle after walking past a clever display at a department store.

The display advertised a rustic, lidded salt jar, a matching mortar and pestle, various marble cutting boards and other simple kitchen tools you might expect to find in the kitchen of a large countryside manor house in France.

Grinding my own spice blends was a culinary experience I decided I couldn’t live without, so the mortar and pestle, along with the lidded salt jar, were promptly added to my shopping basket. Of course, when I got home, I unpacked my kitchen treasures and set them on a shelf where they languished, unused, for more than two months.

It’s funny how the excitement of buying the kitchen gear can leave so quickly. I imagine this is the same rush the folks on shows like Hoarders feel when they’re acquiring stuff to bring home.

Reality struck recently when I had to move the salt dish and mortar and pestle out of my way yet again to wipe down the shelf. I decided it was time to put those items to use. I set them on top of the stove so I would remember to grind up some spices and use them to season whatever I cooked next.

The next meal I made was baked cod. I didn’t want to do the same old lemon and garlic preparation so I gathered up cumin seed, paprika, coriander, Kosher salt and peppercorns.

I ground up the Kosher salt with each of the spices using the mortar and pestle and seasoned the cod with the mixture. There’s a certain satisfaction that goes along with grinding a custom spice blend; you can balance your flavors exactly how you want them. The leftover salt mix can be stored in a little jar for another use (good thing I bought a matching one from the clever store display).

I was on a roll after making my custom spice mix so I made a seasoned aioli to go with the cod. I could’ve mixed lemon juice, garlic paste and seasonings together with store-bought mayonnaise, but a comment I overheard at the grocery store popped into my head: “Why is mayonnaise white? It should be yellow, it’s made from egg yolk.”

I’ve made mayonnaise before and its challenging. The last time I made it, I didn’t have a really good olive oil on hand. But this time I did, so using an egg fresh from the farm and a high-quality olive oil I set off to make some aioli and the difference was remarkable.

The egg has to be at room temperature so you can whisk in the olive oil but once it comes together, it’s magical. Whisk in a little garlic paste, some salt, lemon juice and chive and you have a Michelin star-level aioli on hand to serve with your baked cod. It’s worth the effort.

Serve your dish with a rustic homemade bread and it will be like dining in a French manor house. Good thing I bought that mortar and pestle.

Set the cod on a plate and pat with paper towels to dry, then set aside. Add the salt, cumin seed, coriander, paprika and peppercorns to bowl and grind together with a pestle (you can also crush the spices together with the back of a spoon if you don’t have a pestle). Add the flour to a shallow bowl and whisk in the spices. Add the lemon juice and olive oil to a bowl and whisk together. Brush the cod with the lemon mixture, then dredge in the flour mixture. Spray a shallow baking dish with cooking spray and set the cod in the dish. Dot with butter and set in an oven preheated to 375 degrees. Bake for about 20 minutes, or until the fish is no longer opaque and the top is light golden brown. Remove from oven and serve with aioli.

Add the egg yolk to a mixing bowl and begin stirring with a small whisk. In a steady stream, very slowly begin to whisk in the olive oil. As you whisk in the oil, watch the yolk to adjust the rate of oil you are adding, making sure the oil is being incorporated into the yolk (It should look very smooth and creamy and will start to build in volume). Once the mixture starts to come together, you can add the oil at a slightly faster pace. Whisk in remaining oil, then add the salt, pepper, garlic paste and one tablespoon of fresh lemon juice. Whisk to incorporate the seasonings, adding more lemon juice to taste. (You can also thin the aioli with a little water, if desired). Fold in chives before serving.

2 c. plus 2 tbsp white whole wheat flour (or all purpose)

Add the honey, yeast and warm water to a small bowl and let sit for about 5 minutes, then stir. In a large bowl, whisk together the salt and flour. Make a well in the center and pour in the yeast mix. With a spatula, stir the flour into the yeast mixture. Stir until a sticky dough forms. Sprinkle the remaining 2 tablespoons of flour over the top of the dough then cover the bowl with a cloth and set aside. Let the dough rise for about 1 1/2 hours or until doubled in size. Line a baking sheet with parchment paper and pile the dough in the center. Gently pat the dough into an oblong dough shape, then sprinkle remaining salt on top. Set the dough in an oven preheated to 425 degrees. Add about 1 1/2 cups of water to a baking dish and set in the oven while the bread is baking; this will add a little moisture to the bread while it bakes. Bake for 20 to 25 minutes or until the bread is light golden brown.