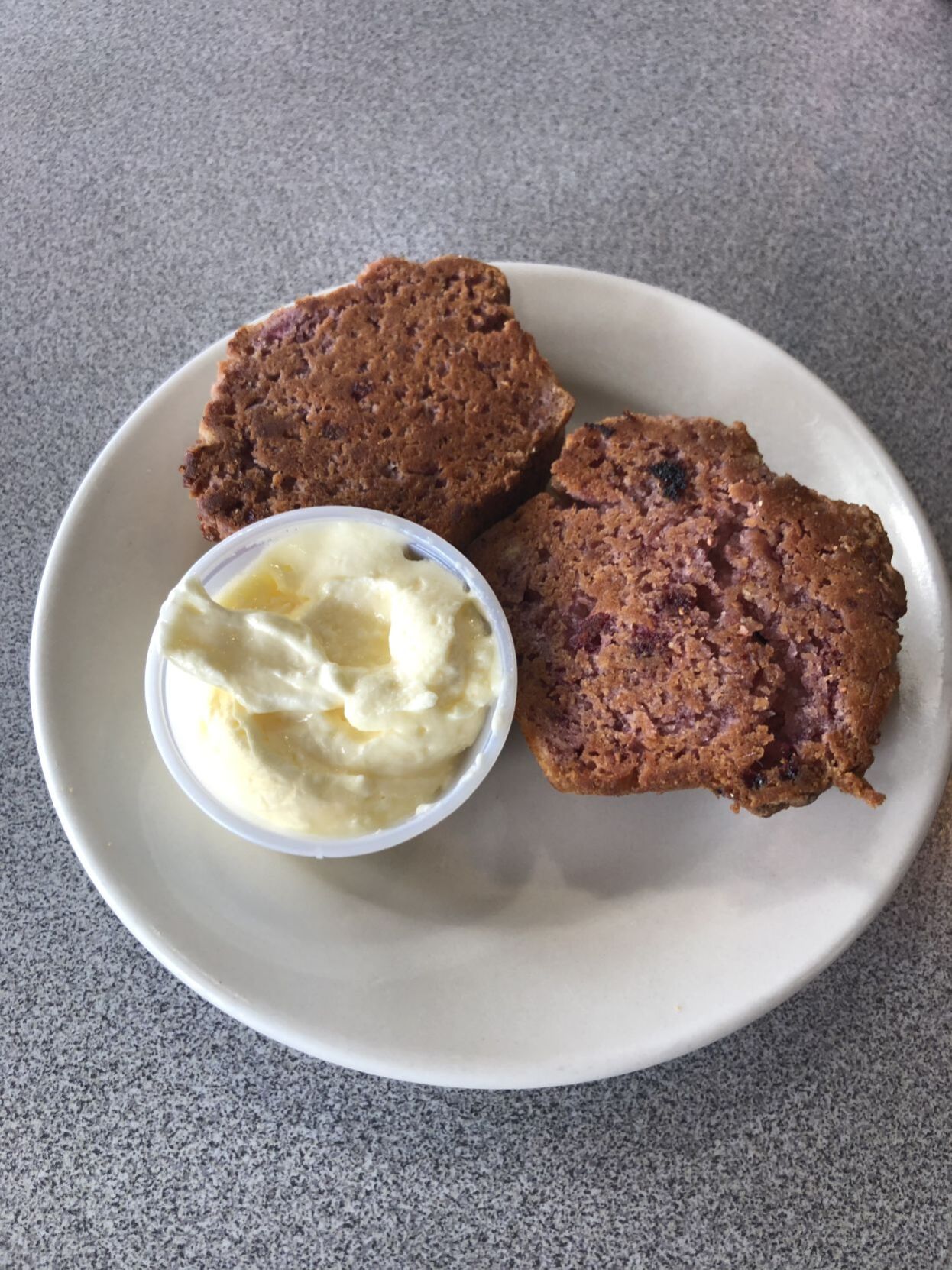 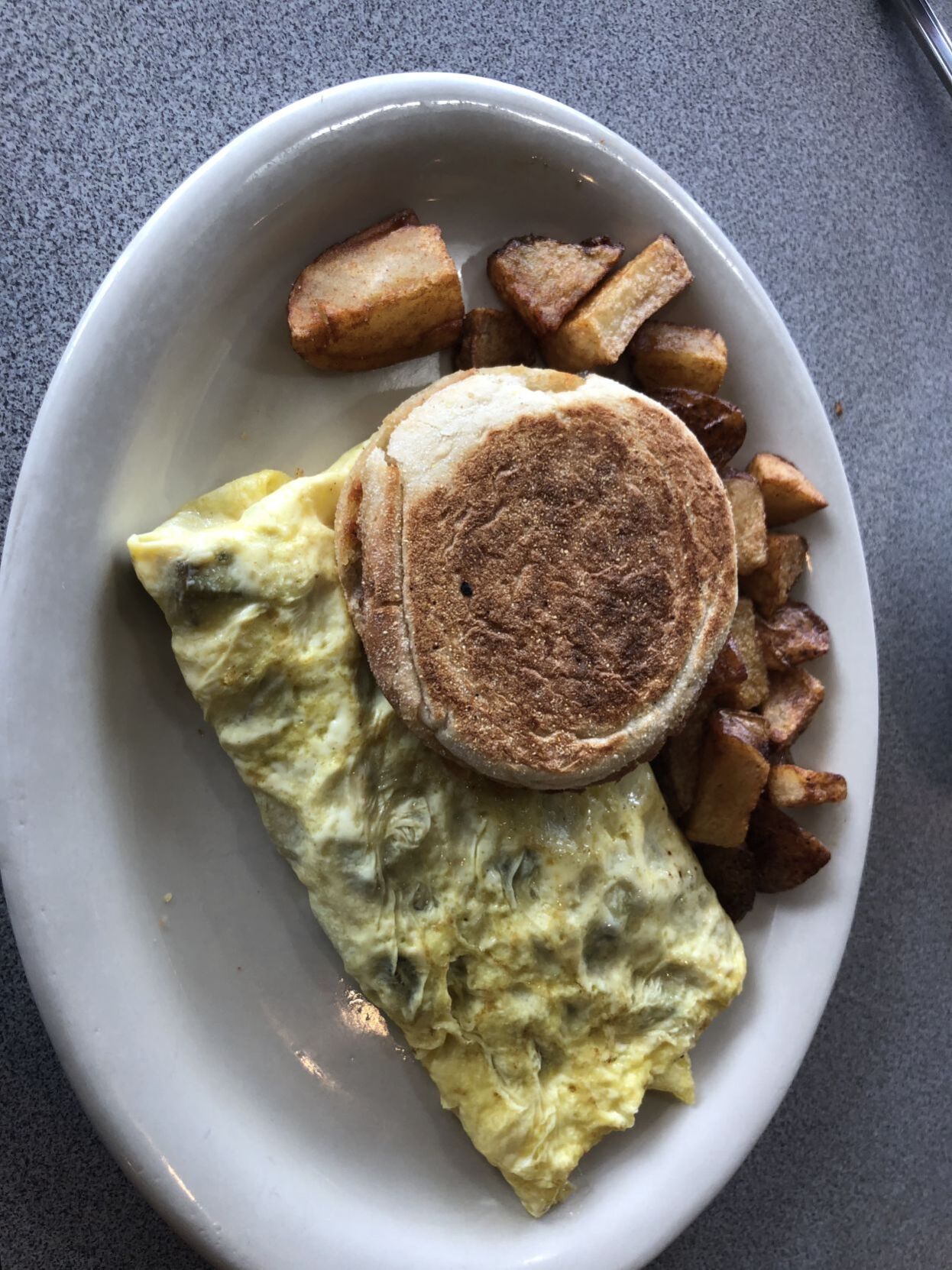 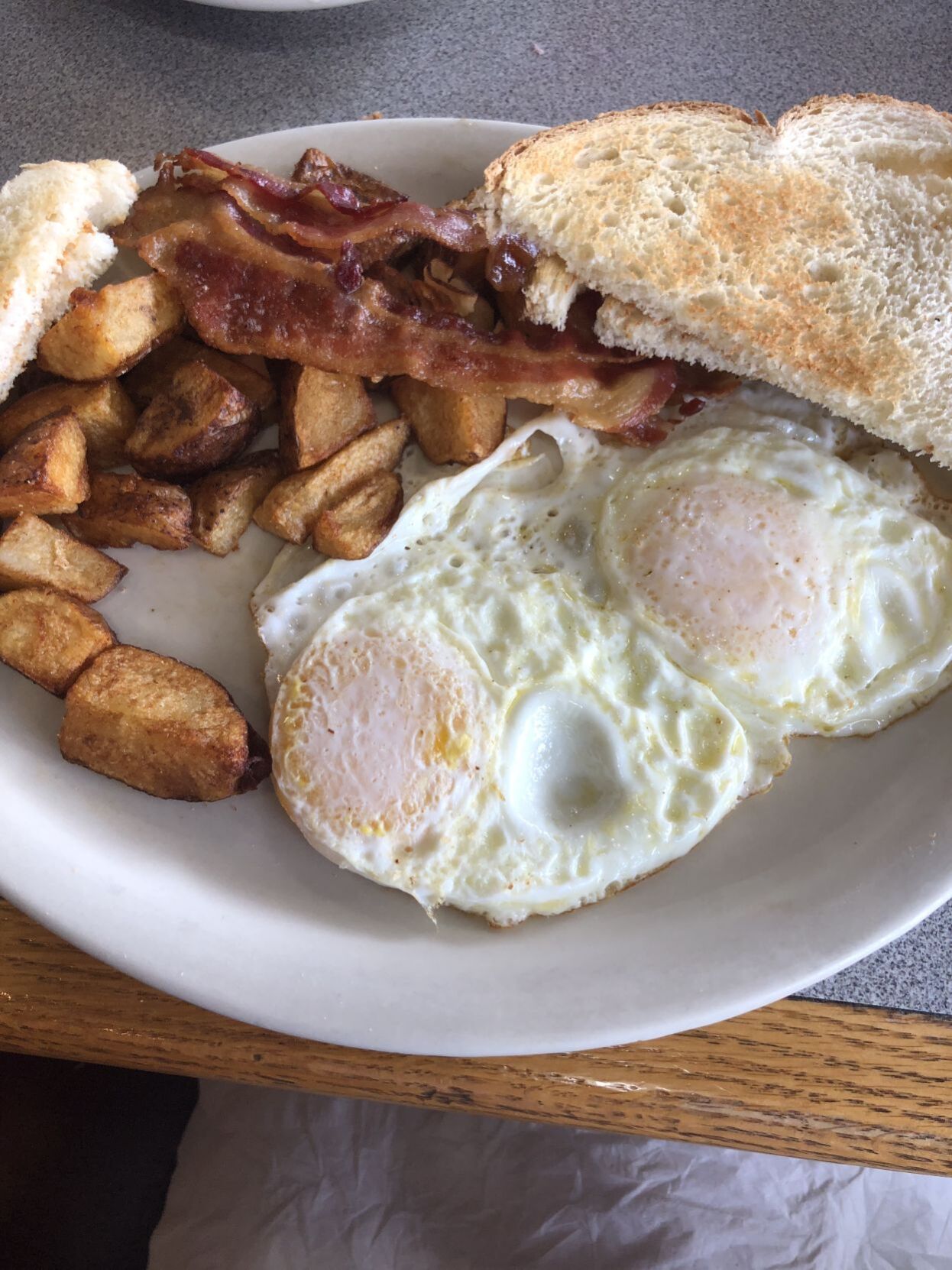 Eggs with toast, bacon and pan fries at Francoeur’s Cafe, 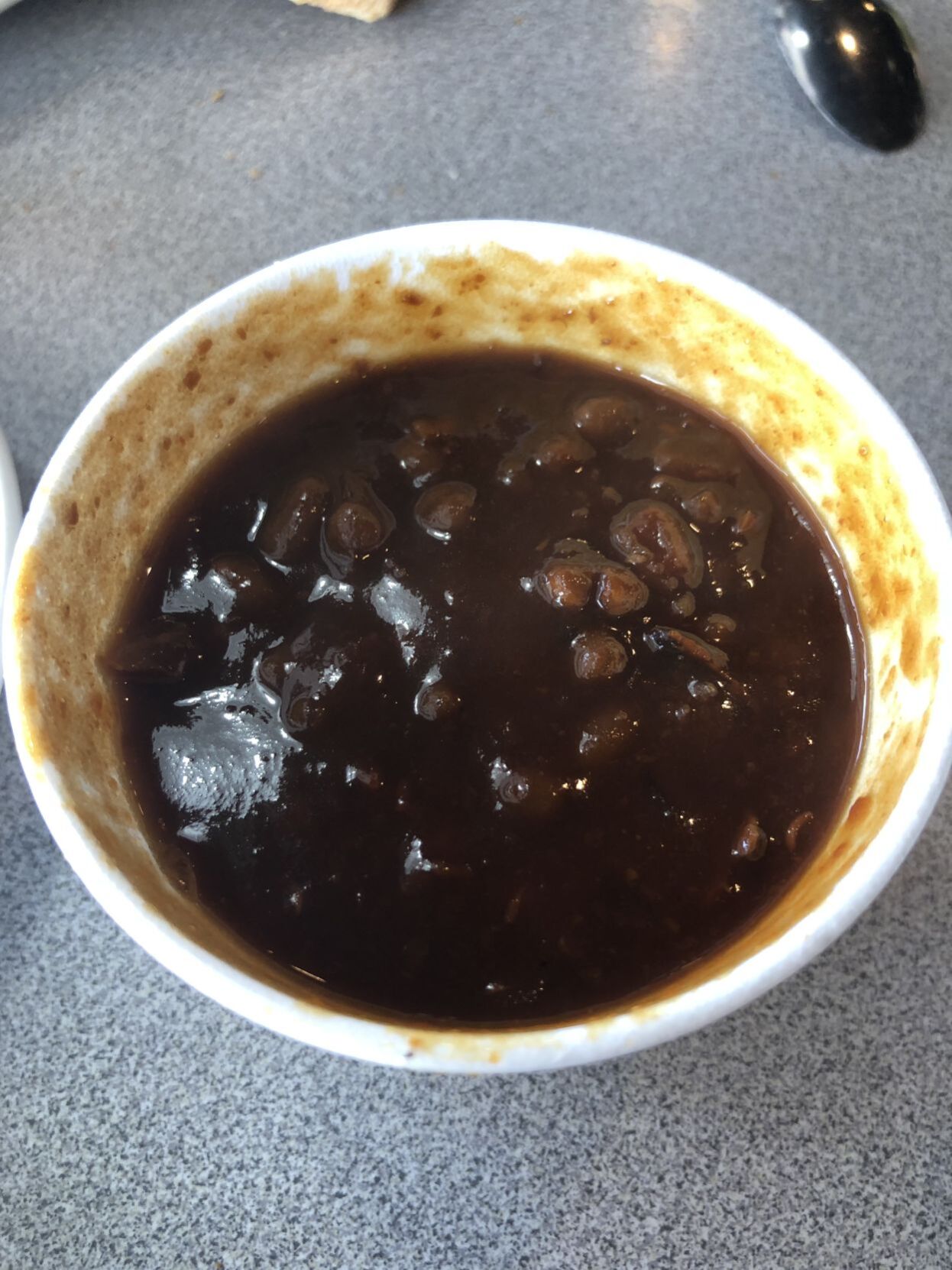 Eggs with toast, bacon and pan fries at Francoeur’s Cafe,

Homemade baked beans has been a tradition for generations in my family. Like my grandmother before her, my mom would fill an earthenware bean pot with raw pea beans and cover them with water, where they would soften overnight in time for her to make a batch of the molasses-based recipe the next day, usually served with boiled hot dogs on a Saturday night.

I was the outcast in my family when it came to baked beans. For some odd reason, at one point in my childhood I stopped eating them. I don’t remember why. So mine was the plate with just a couple of hot dogs on those Saturday nights.

I reconnected with baked beans over the years primarily as a side dish to barbecue. So that’s why our order of baked beans at the Francoeur’s Cafe one recent Sunday morning was an afterthought. Beans on my breakfast plate? No, thank you.

The smartest choice this Our Gourmet did on his first visit to this popular breakfast and lunch spot was add a cup of their homemade beans ($2.25) to our order. I requested it in a to-go package, but there was hardly much left to bring home with us after I indulged in these rich, dark brown beans, flavored with small chunks of salt pork like my mom used to make.

There’s no mistaking canned baked beans for fresh. The tiny beans were tender but not mushy, and the sweet sauce was dark brown. We noticed the two women sitting across the aisle from us had ordered the beans as their side, served in a small bowl rather than on the same plate as your eggs and toast. My fear of the sweet brown sauce spilling over into my eggs was unfounded.

Francoeur’s menu says it was founded in 1999, but that refers to the restaurant’s flagship Cafe on the Oval in Milford. Francoeur’s opened in a small strip center on South Main Street in Manchester about four years ago.

On this particular morning, Our Gourmet and his Lovely Dining Companion arrived mid-morning to a packed parking lot, with several tables occupied outside in the now all-too familiar temporary social-distance outdoor seating. We found a parking space only because someone was leaving at that exact moment.

We waited for a few minutes inside while the staff cleared a table for us. Our timing was near-perfect: The restaurant was out of their homemade blueberry muffins, but our waitress told us there was one raspberry muffin left, which she said was her favorite as long as you don’t mind a few seeds.

We split the grilled muffin, which was crisp on the outside and moist in the center, its color reddish brown from the stain of the raspberries. I’m quite sure I’ve never had a raspberry muffin ($1.75) before and that this one will not be my last. If we hadn’t been eating the last one, we would have ordered more to take home. In a word: scrumptious.

For our entrees, LDC chose a basic two-eggs breakfast with toast and pan fries ($6.50). I chose the three-egg asparagus, mushroom and cheese omelette ($8.95), one of Francoeur’s specialities, which are identified on the menu by a maple leaf.

LDC got her eggs just the way she likes them, over medium, though she would have preferred her bacon a bit more crisp. My omelette, which I paired with a grilled English muffin (along with the pan fries) was creamy and savory, with lots of chopped asparagus and sliced mushrooms.

When we told our waitress how much we loved the baked beans, she touted the restaurant’s corned-beef hash, also homemade, of course. She said after she tried it, she could never again eat the canned variety.

Francouer’s was getting me thinking the same about those baked beans — and how a fussy kid on Saturday nights missed out on a lot of homemade goodness.