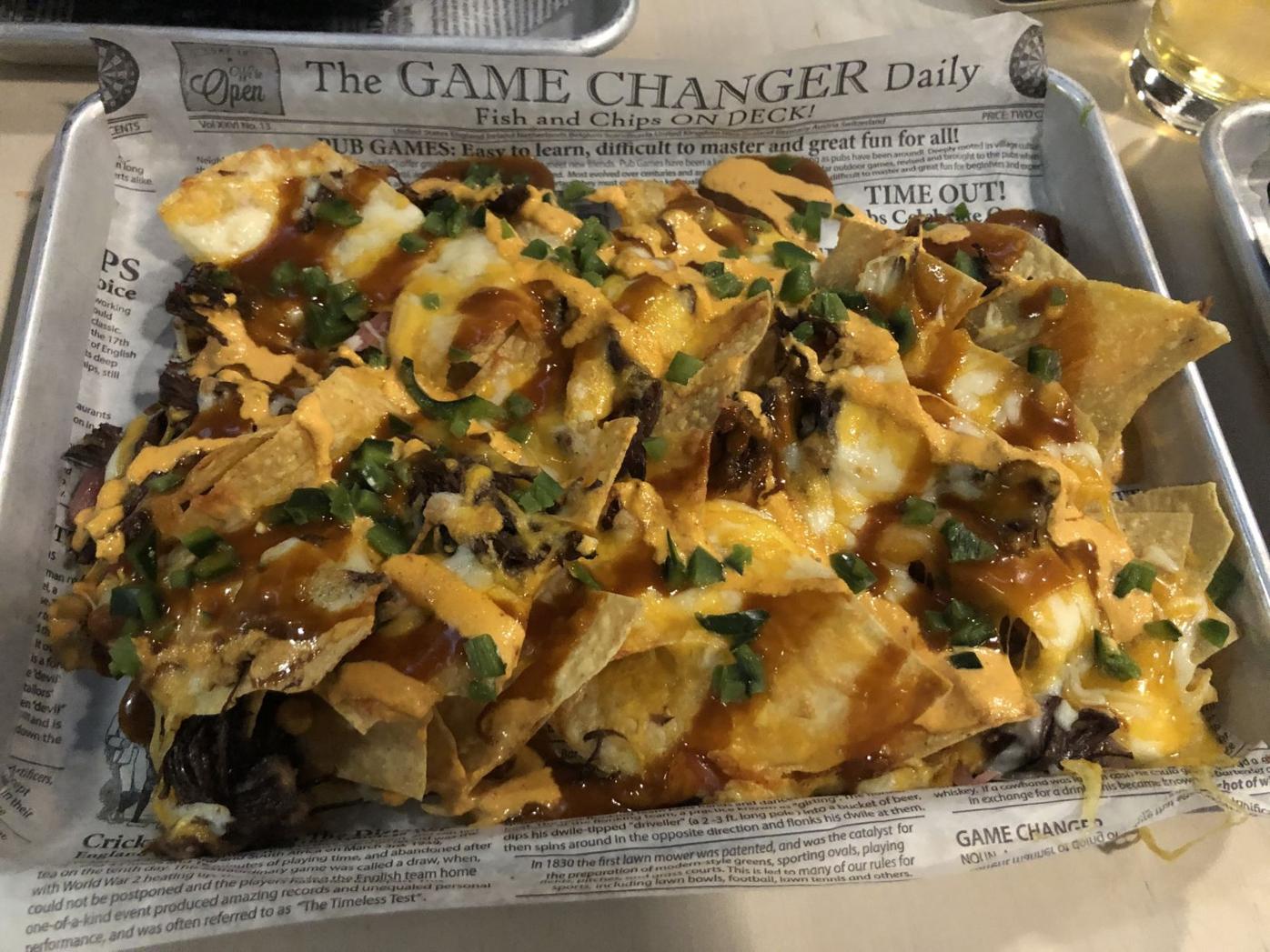 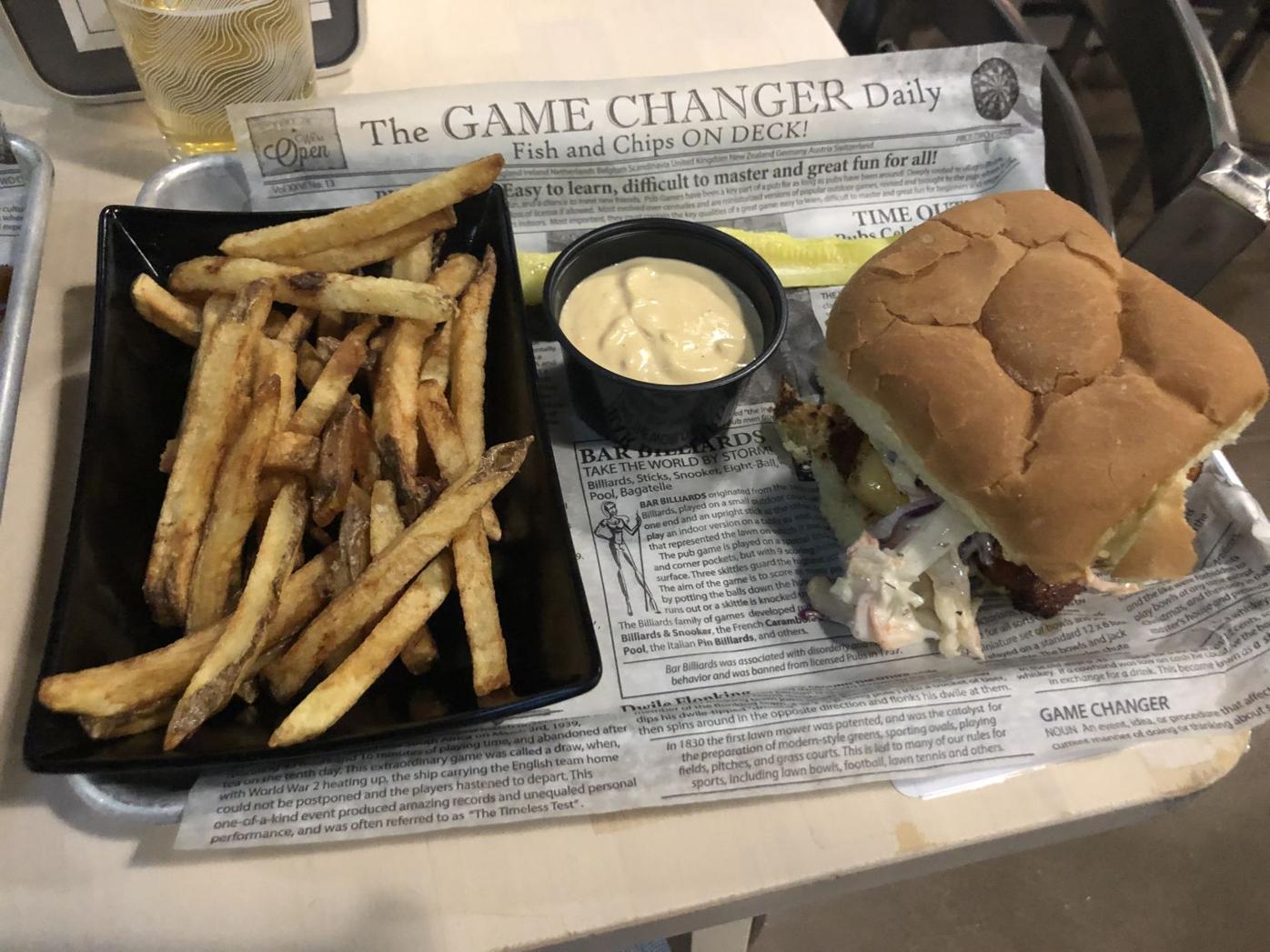 THE MENU AT 603 Brewery and Beer Hall sounds like basic pub food — burgers, wings, nachos, salad, pizza — but the flavors are at least a couple of notches above the standard fare.

This is bar food made from scratch with creative flare and more typical of what you would experience in a big city that skews toward millennials than on the outskirts of suburban New Hampshire where we import our young people.

In June 2019, the now 7-year-old craft brewery moved its production plant to Londonderry’s Woodmont Commons, a residential and retail complex north of Nashua Road and the Market Basket shopping center.

The restaurant shares space with the brewery in an 18,000-square-foot building, so expect an industrial setting with high ceilings to accommodate those giant beer tanks you can see through the glass wall in the dining room.

You won’t find the 603 Brewery by accident, but it’s well worth seeking out. The first time we visited last summer, it took us a little while to find it, tucked away near an apartment building. That doesn’t seem to be a problem for other patrons. That night we were too hungry to suffer the one-hour wait. Lots of people were eating outside, and the dining hall was packed as could be under social distancing protocols.

Our recent visit on a Thursday was better timed, with the restaurant doing steady, but not peak business. The brewery has installed igloos to keep some outdoor seating available now that the colder temps have arrived. But most everyone was dining inside. We were seated immediately.

While all the staffers we encountered at 603 were friendly and accommodating, the beer hall offers no-frills dining. A host escorts you to your table, which has a number on it. When you are ready to order, you visit the counter to choose your food and beer and charge it to your table. You leave with your drinks, and staffers bring you the food when it’s ready.

I started with an E09 Czexican Lager, which blends Czech and Mexican traditions and is on the lighter side of craft beer for both flavor (not hoppy) and alcohol content (at 4.5%). My Lovely Dining Companion chose an Apothic red blend wine. There is only one red and one white on the menu — this is a brewery, after all.

We ordered more food than we knew we could eat at one sitting so we could sample the menu and bring some home for later.

For starters, we selected the Korean Short Ribs Nachos ($13), listed as one of 603’s signature items. The house-made tortilla chips were layered with Winni Ale-braised short ribs, melted jack cheese, pickled red onion, chopped chilis and toasted sesame seeds. They were finished with kimchi aioli and a Korean barbecue drizzle.

Hands-down these were the best nachos we’ve tasted in many a year. They beat even my former favorite Italian-style nachos I used to enjoy at a Colorado pizza joint.

We also tried a 1.5-pound order of Wings ($13), opting for the standard Buffalo. The wings were crispy, and the sauce had a nice zest, but if left to my own more heat-seeking devices I would have tried the Mango Habanero sauce, which was too scary for my dining companion.

For her “main course,” my dining companion ordered the General burger ($10), made with a “smashed” pork and beef patty and the usual fixings plus bacon, served on a toasted bulkie roll. The brewery’s signature 603 Burger ($15) doubles the patties and adds more adventurous toppings, such as Granite Stout bacon jam.

Both sandwiches were prize winners. They were served with a generous portion of hand-cut fries that we both finished off pretty quickly.

The menu also includes an adventurous selection of mac and beer cheese dishes, salads and brick-oven pizza — including Californication Mac, Feel the Beet salad and K-Pop pizza. Plenty to explore on future trips.

The 603 Brewery and Beer Hall definitely appeals to a younger demographic. We saw mostly people in their 20s and 30s, the target audience you would expect for a place that celebrates craft beer.

But you’re never too old for great beer and great food.

Scores for 603 Brewery and Beer Hall

Cuisine: Pub food made from scratch