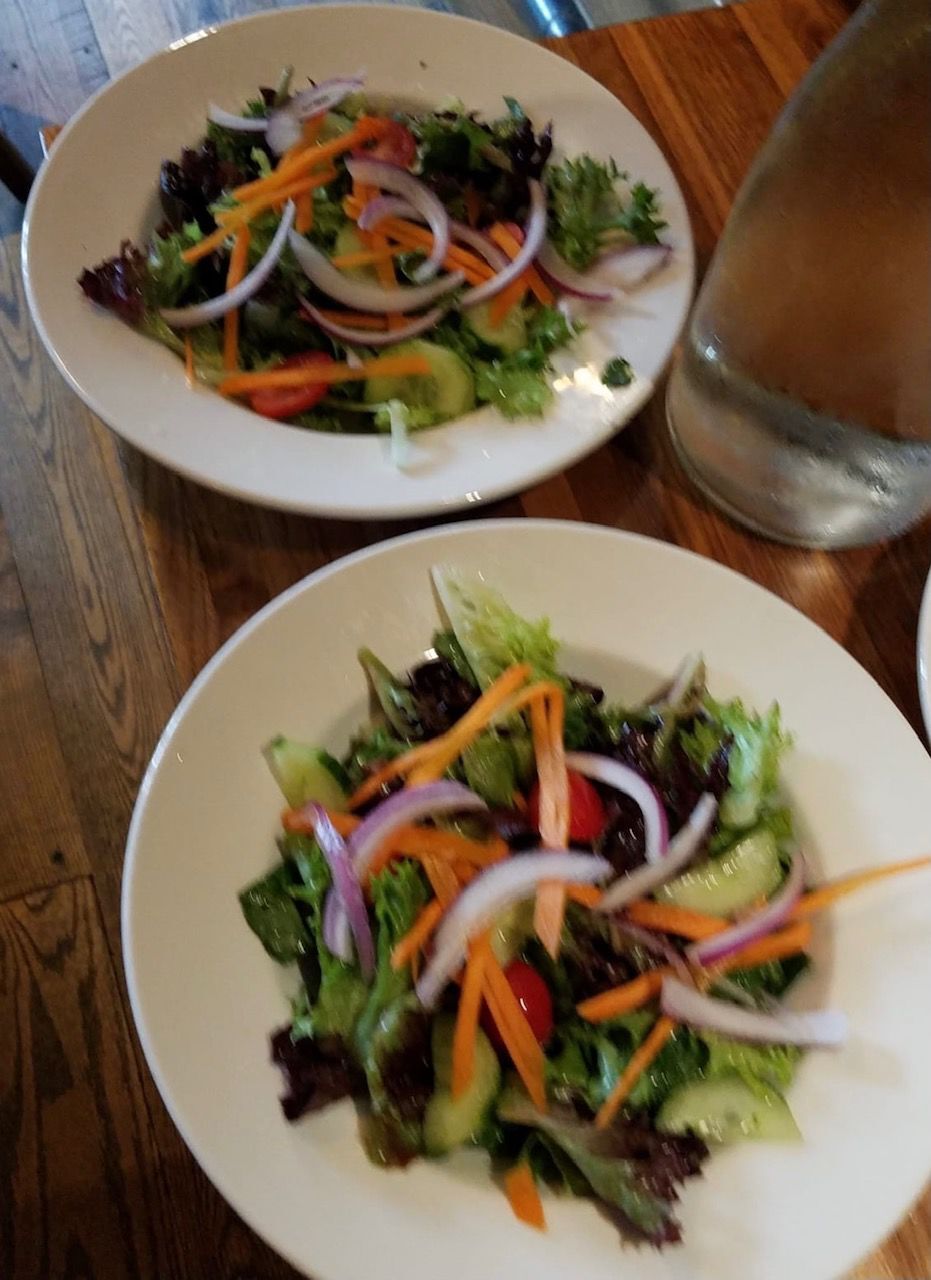 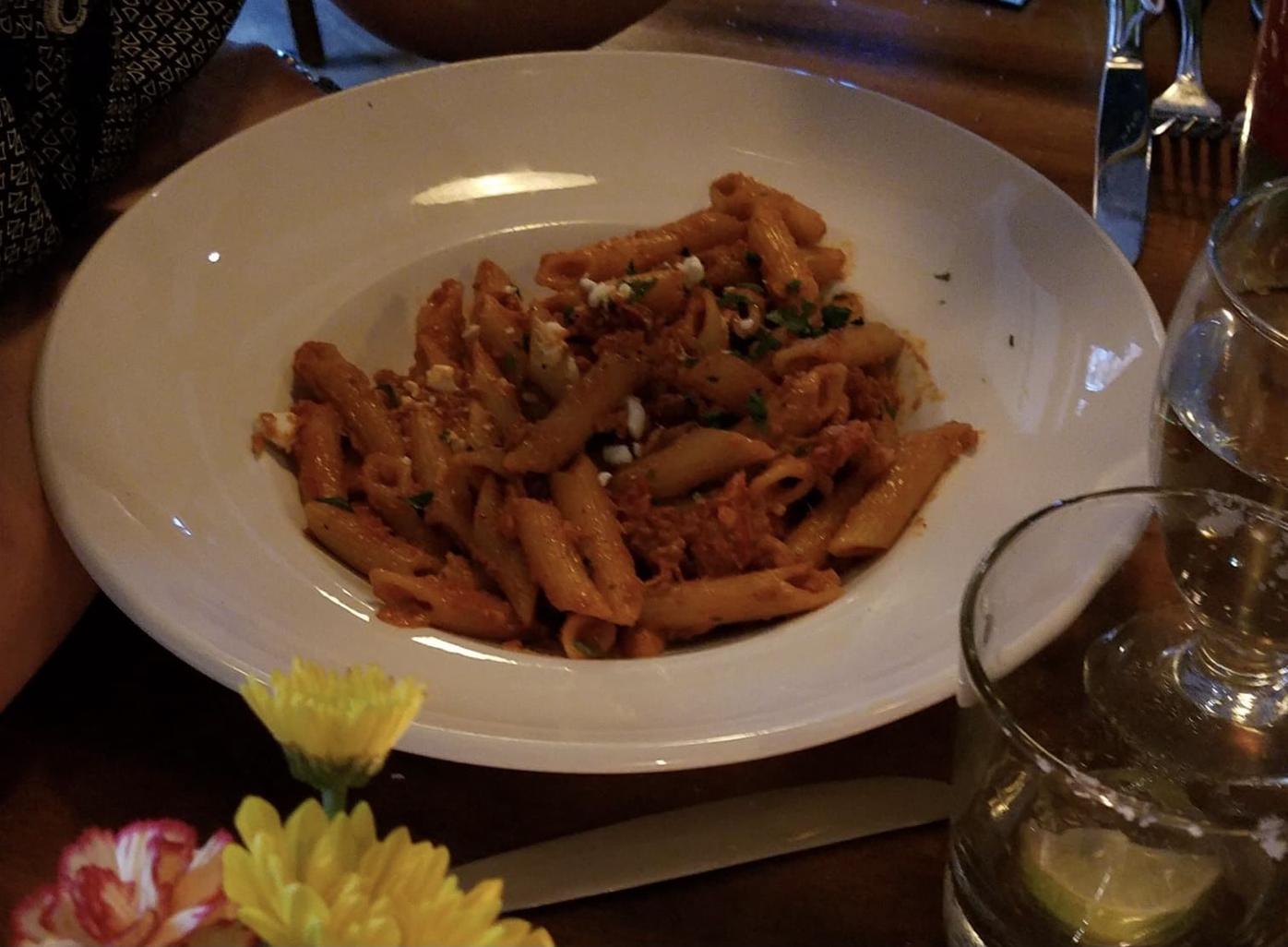 The vodka in Penne alla Vodka is said to bring out flavor compounds in tomatoes that are only soluble in alcohol. 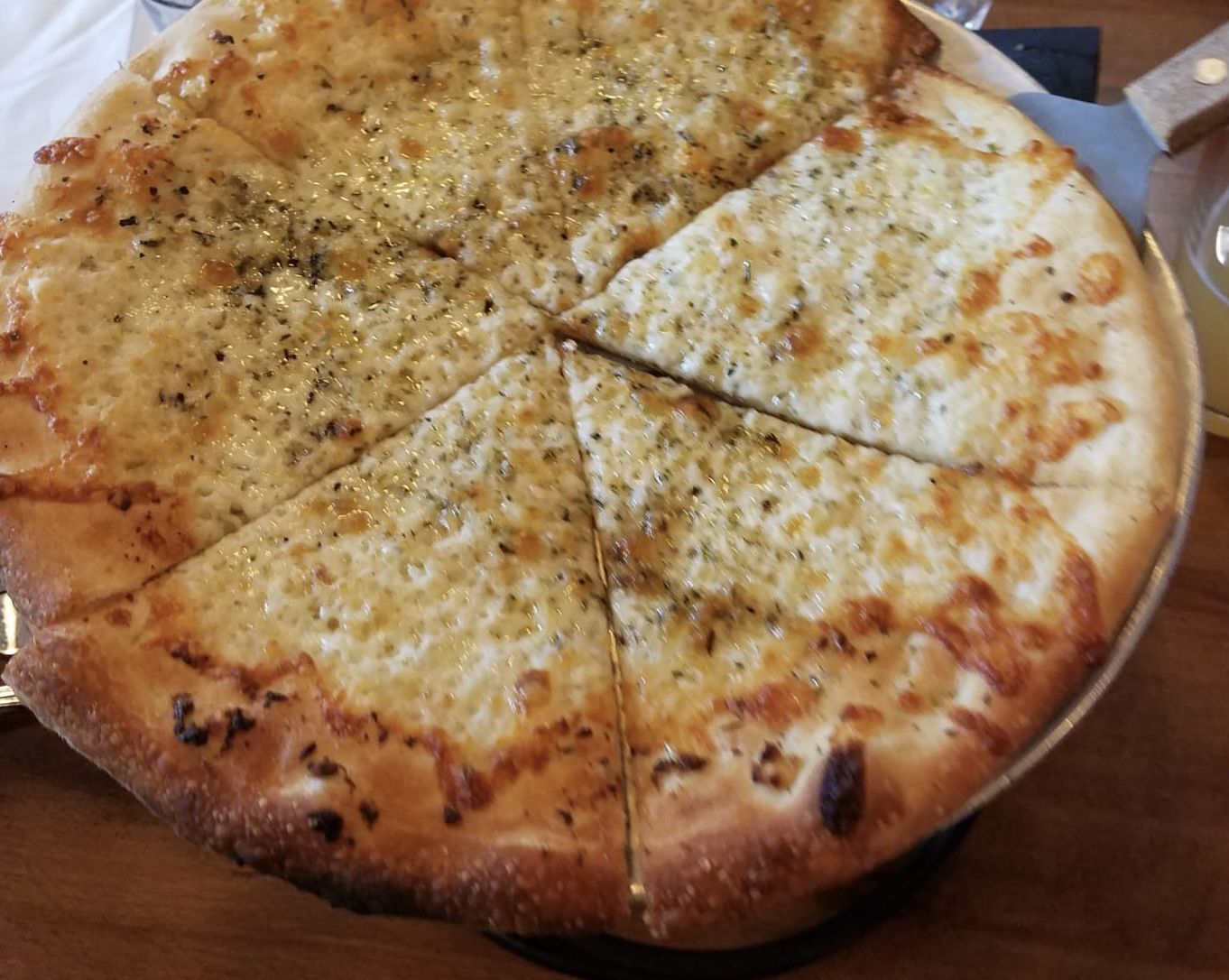 This White Pizza appetizer is one of many pizza choices at The Rosa Restaurant in Portsmouth. 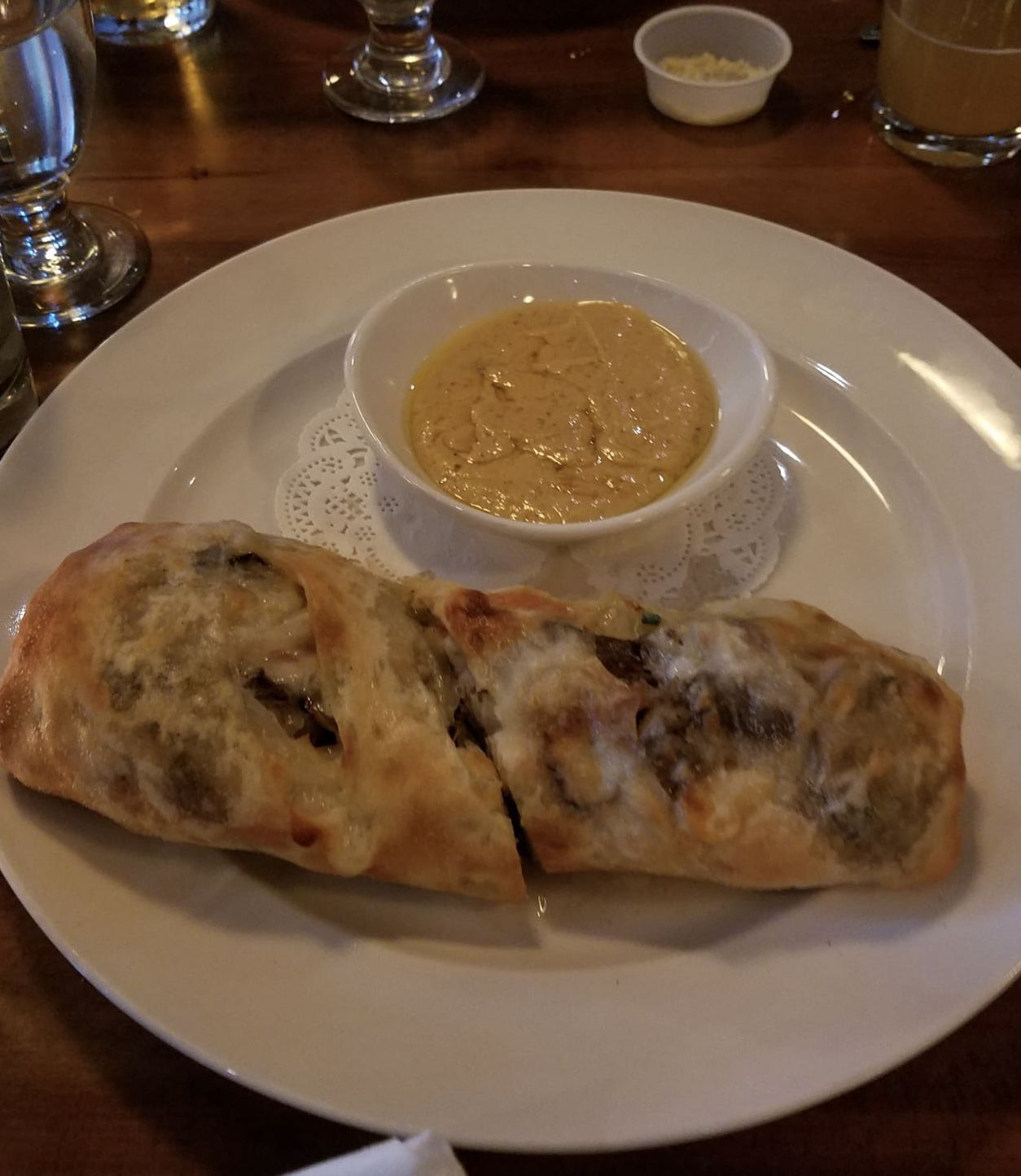 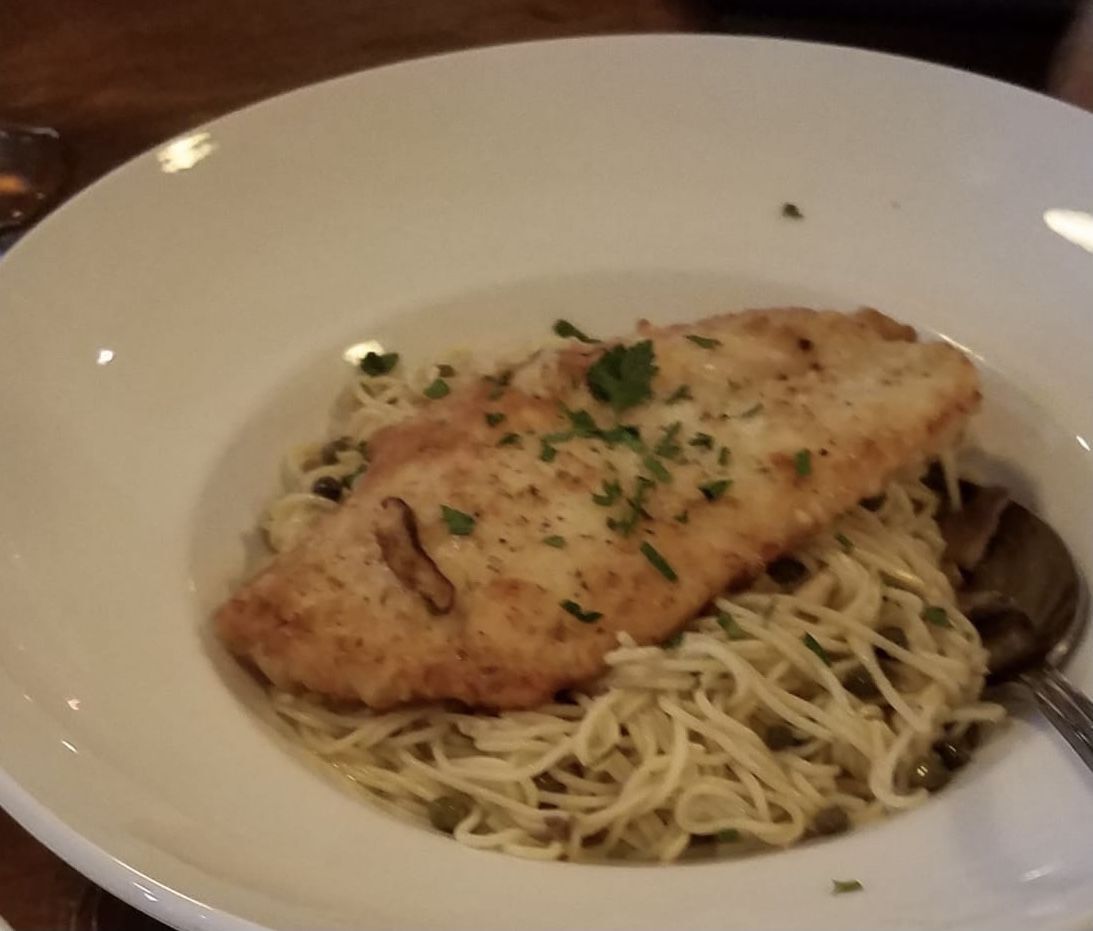 The Chicken Piccata at The Rosa came with plenty of capers and piping hot pasta.

The vodka in Penne alla Vodka is said to bring out flavor compounds in tomatoes that are only soluble in alcohol.

This White Pizza appetizer is one of many pizza choices at The Rosa Restaurant in Portsmouth.

The Chicken Piccata at The Rosa came with plenty of capers and piping hot pasta.

WE MISSED THE 10-cent beers on the anniversary of The Rosa Restaurant being the first in Portsmouth to serve suds after Prohibition’s repeal in 1933, but we made do with margaritas.

And the bartender at this what’s-old-is-new-again Italian eatery makes a mean margarita.

The restaurant has undergone several incarnations since founder Ralph Rosa opened its doors in 1927 on State Street. In 1981, Rosa sold the restaurant to friends who kept the name and Italian comfort food tradition alive until 2012, when new owners transformed the space with an open kitchen and updated menu.

The Rosa changed hands again in 2018, becoming Armando’s until March 2020. As of last fall, it is again The Rosa, under the umbrella of River Wharf LLC, which also owns Martingale Wharf and the soon-to-be-opened Sol in Portsmouth (almost across the street from The Rosa).

Because Our Gourmet and the Primary Dining Companion go back a few decades with the pizza at The Rosa, we chose a white pizza from the appetizer list.

His favorite Italian beer, Peroni, was available on draft, which went well with the pizza. Local beers and ales are well-represented on the drinks list, and there is a healthy array of wines and cocktails.

Prime rib stromboli was a special of the evening, and we decided to give it a whirl. It resembled a calzone, but some googling at the table revealed that stromboli dough is filled and then rolled, not crimped,

Philadelphia claims to be the birthplace of the stromboli, which seemed fitting for the steak, cheese, onion, pepper and mushroom mashup we were served. Very tasty.

One of the hallmarks of the original Rosa was its green salad, included with your meal. This is a rarity nowadays, and it was good to see it on the menu with the house specialty dishes.

PDC and I wondered if the salad would come with the classic oil and vinegar dressing The Rosa was known for. The answer is yes, and be prepared — the restaurant website’s description of it as “lip-puckering” is accurate.

OG was in a lemon-caper mood, so he selected Chicken Piccata as a main dish.

Piccata as a culinary term means “to be pounded flat” and the chicken cutlet certainly lived up to that definition. It was a classic presentation, lightly dredged in flour, fried in butter and accented by a lemon-butter white wine sauce with mushrooms and capers. The Rosa also offers a version in veal.

Capers are not something OG grew up eating, but as an olive lover, it is easy to appreciate the salt/vinegar flavor of the brined edible flower buds of the caper bush, a Mediterranean perennial.

The dish was a bit heavy on the capers, but OG soldiered on.

The pasta was piping hot, which made OG happy, because there’s nothing worse than lukewarm linguini. Or tepid tagliatelle. You get the picture.

The second entree for the table was Penne alla Vodka, which features pepper vodka, roasted tomatoes and rose water, topped with goat cheese. The idea is that the vodka brings out flavor compounds in tomatoes that are only soluble in alcohol.

The dish was hearty and balanced, and made OG wonder if pepper vodka might make a good martini.

The decision was made to return another evening for dessert, perhaps with a “Caffe Cocktail.”

Scores for The Rosa

Hours: Dine-in and takeout, noon to 8 p.m. Sunday to Thursday, noon to 9 p.m. Friday and Saturday.