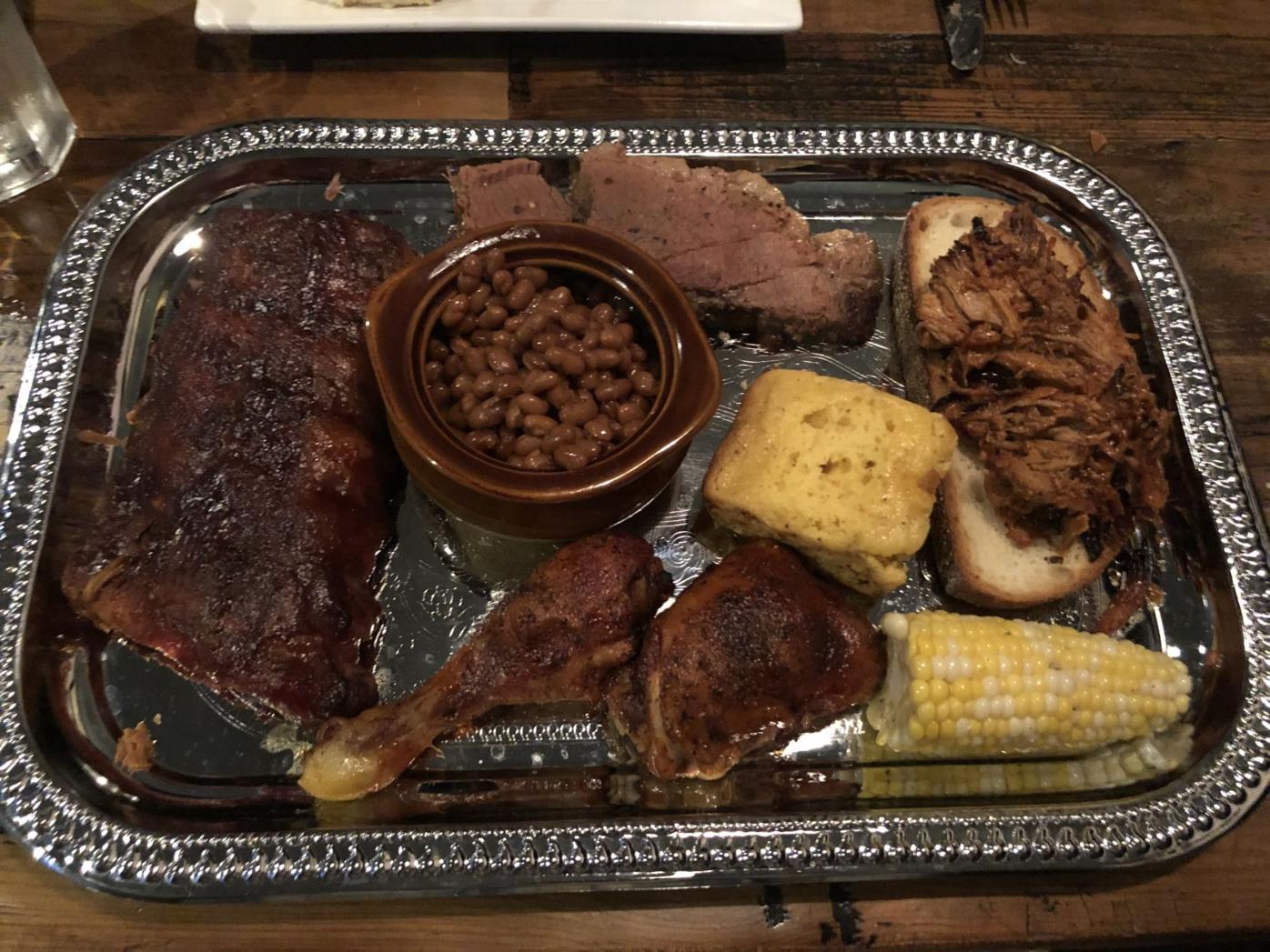 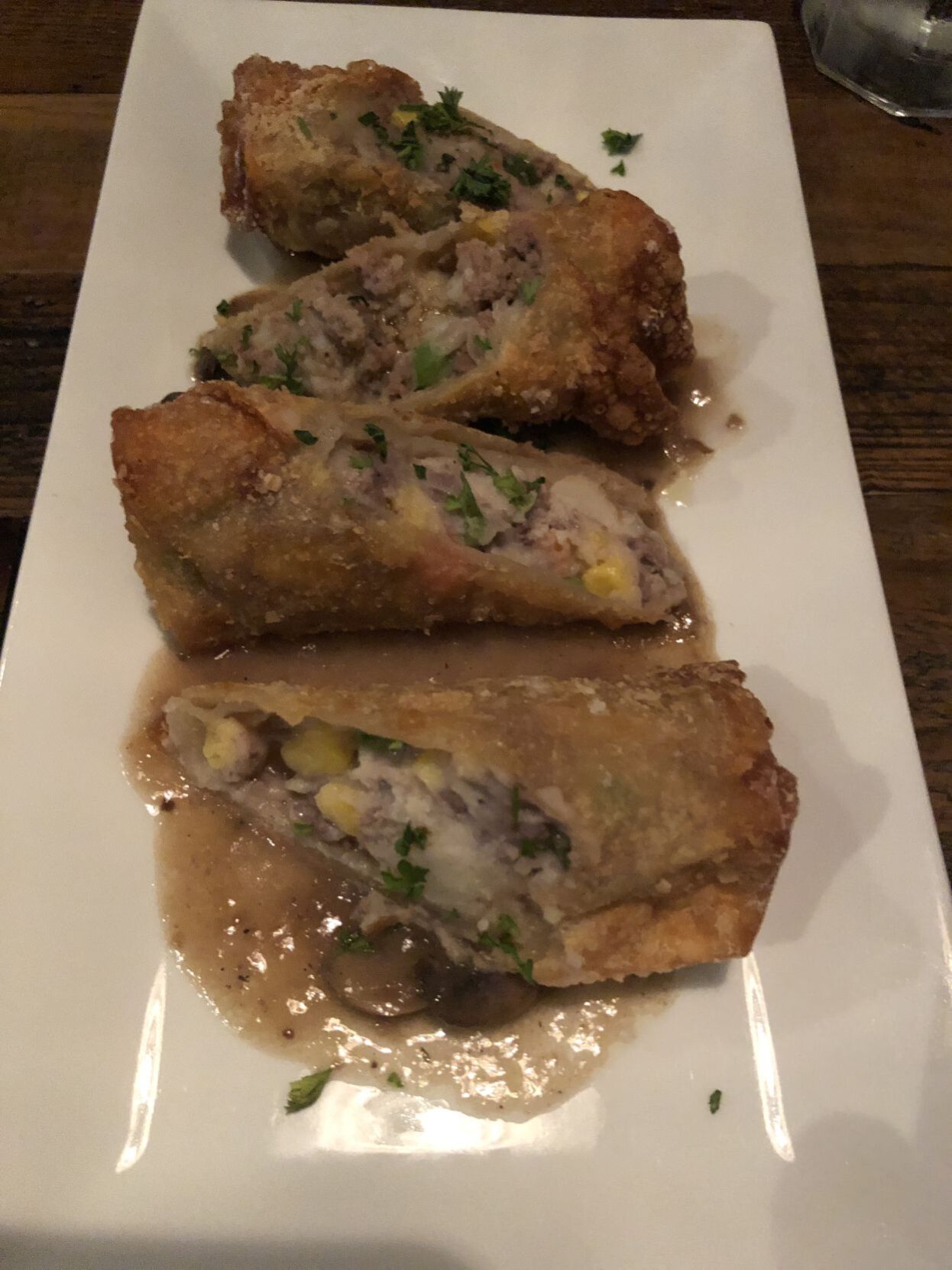 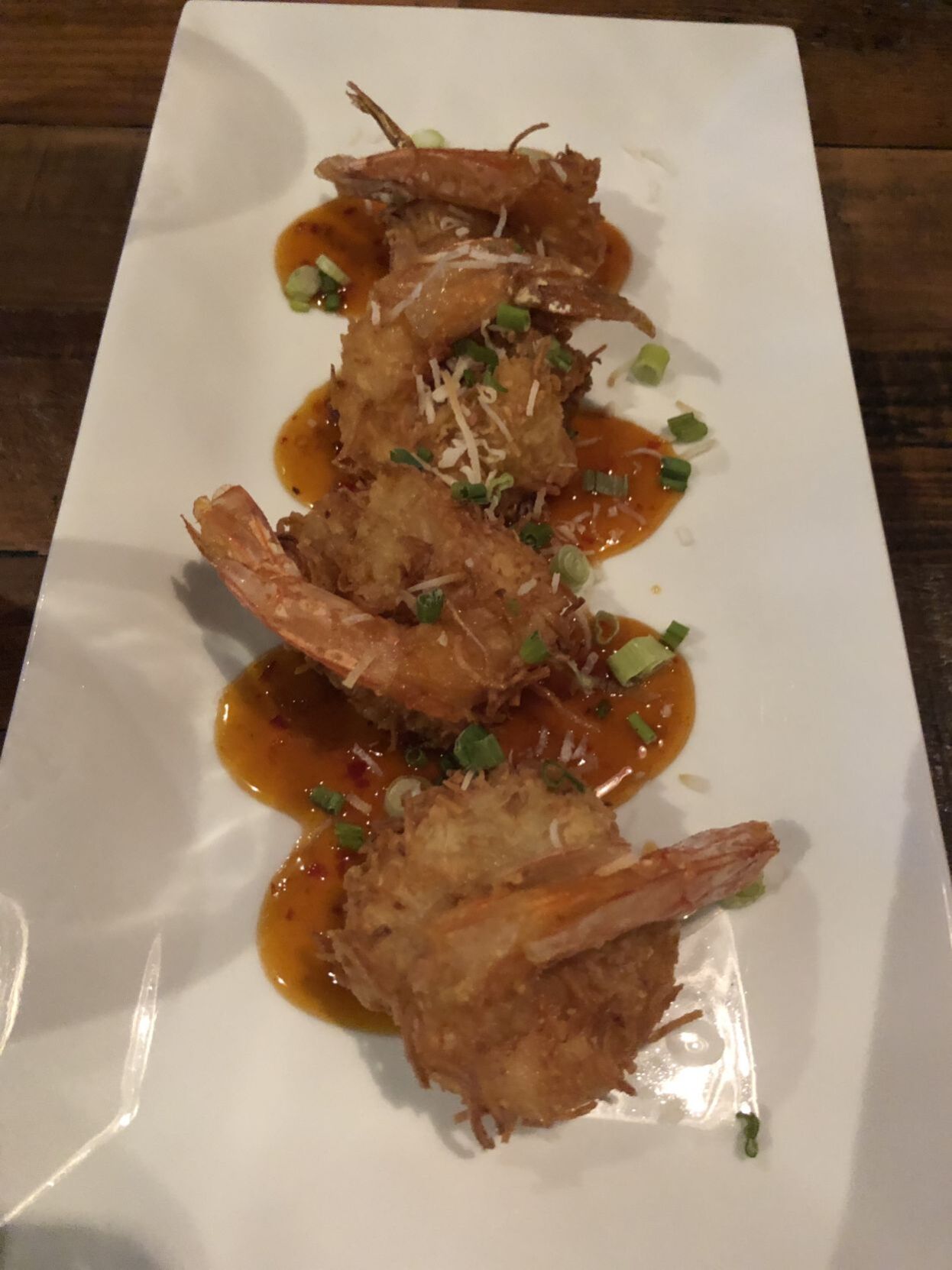 THE OWNERS of Tomahawk Butchery & Tavern must subscribe to the same location philosophy as big-box retailers and drug stores: Set up shop near the competition.

The night we checked out the tavern, we overshot our GPS on Daniel Webster Highway in Merrimack and arrived at Buckley’s Great Steaks.

We turned around and found Tomahawk in a small commercial center anchored by a CVS. Tomahawk occupies a couple of storefronts at the end of the strip center, with the butchery and tavern separated by a wall.

The butchery opened several months back, with the tavern following about two months ago. The business gets its name from the tomahawk steak, a giant bone-in ribeye you can buy in the butchery for about $25 a pound. You can order it in the tavern as a 3-pound tomahawk for two with various sides for $125.

We have previously dined at Buckley’s, which we would describe as fine dining in a casual atmosphere. Tomahawk has a more easy-going vibe.

The dining area is an open-air tavern with a bar on one side and booths on the other, with some tables in between.

The booths are equipped with flat-screen TVs, which could come in handy when you want to watch a football game.

Ours was tuned to a sitcom so we asked for help to turn it off as soon as we sat down. The rock music piping through the house speakers was all the entertainment we needed.

Having checked the menu online before we visited, this Our Gourmet and his Lovely Dining Companion knew they were going to start with the Shepherd’s Pie Egg Rolls ($10). As we had hoped, they were comfort food heaven: ground beef, mashed potatoes, carrots and peas wrapped in an egg roll and served with gravy.

These would work as an entree if you added a salad on the side.

We were tempted by the Wellington Bites — beef tenderloin baked in puff pastry served with dijonnaise ($12) — but decided to save that for next time since we knew we would be ordering more beef for our entrees.

Instead we chose the Coconut Shrimp ($10). The deep-fried coconut encrusted shrimp were served with a sweet chili dipping sauce and had a nice kick.

My dining companion didn’t hesitate with her entree choice, selecting the eight-ounce Filet Mignon ($30). She ordered it medium, but thinking I had a good handle on what she liked, I suggested somewhere between medium rare and medium — which meant a trip back to the kitchen for that cut of meat after it arrived more rare than LDC preferred.

Even after another minute or so of searing, that steak was still pretty red. While my dining companion wasn’t entirely satisfied, we give the chef bonus points for being careful with a good steak. The bigger sin always is to overcook. (Next time, OG will keep his mouth shut.)

I was less decisive in my choice, though I still kept to the specials menu. I originally was going to try the Braised Short Rib Stroganoff ($28). But at the last minute, decided to go big time for a couple of bucks more and order the BBQ Platter ($30).

This giant spread — more than enough for two people — was indeed presented on a platter. The banquet of baby back ribs, pulled pork, chicken drumstick and thigh, and brisket served with baked beans, corn bread and corn on the cob was a beauty to behold.

I sampled some of everything, but I knew from the moment I set eyes on my oversized entree that I would be dining off it for days to come. The ribs were fall-off-the-bone tender, and the pulled pork had bits of burnt ends.

While both of those meats had sauce baked in, the chicken and brisket did not, which prompted me to ask for a side of barbecue sauce for dipping. While I took a few bites of the tender brisket, I wouldn’t fully indulge until a couple of days later when it became a sliced brisket sandwich smothered in sauce at home.

Tomahawk is an easy find once you know where it is. We’ll definitely work our way back as the fall sets in and comfort food craving returns.