Sign Up
Log In
Purchase a Subscription
You are the owner of this article.
Edit Article Add New Article
You have permission to edit this article.
Edit
Home
News
Sports
Voices
NH Life
Opinion
Obituaries
Jobs
Autos
Homes
Classifieds
Announcements
Public Notices
Share This
1 of 2 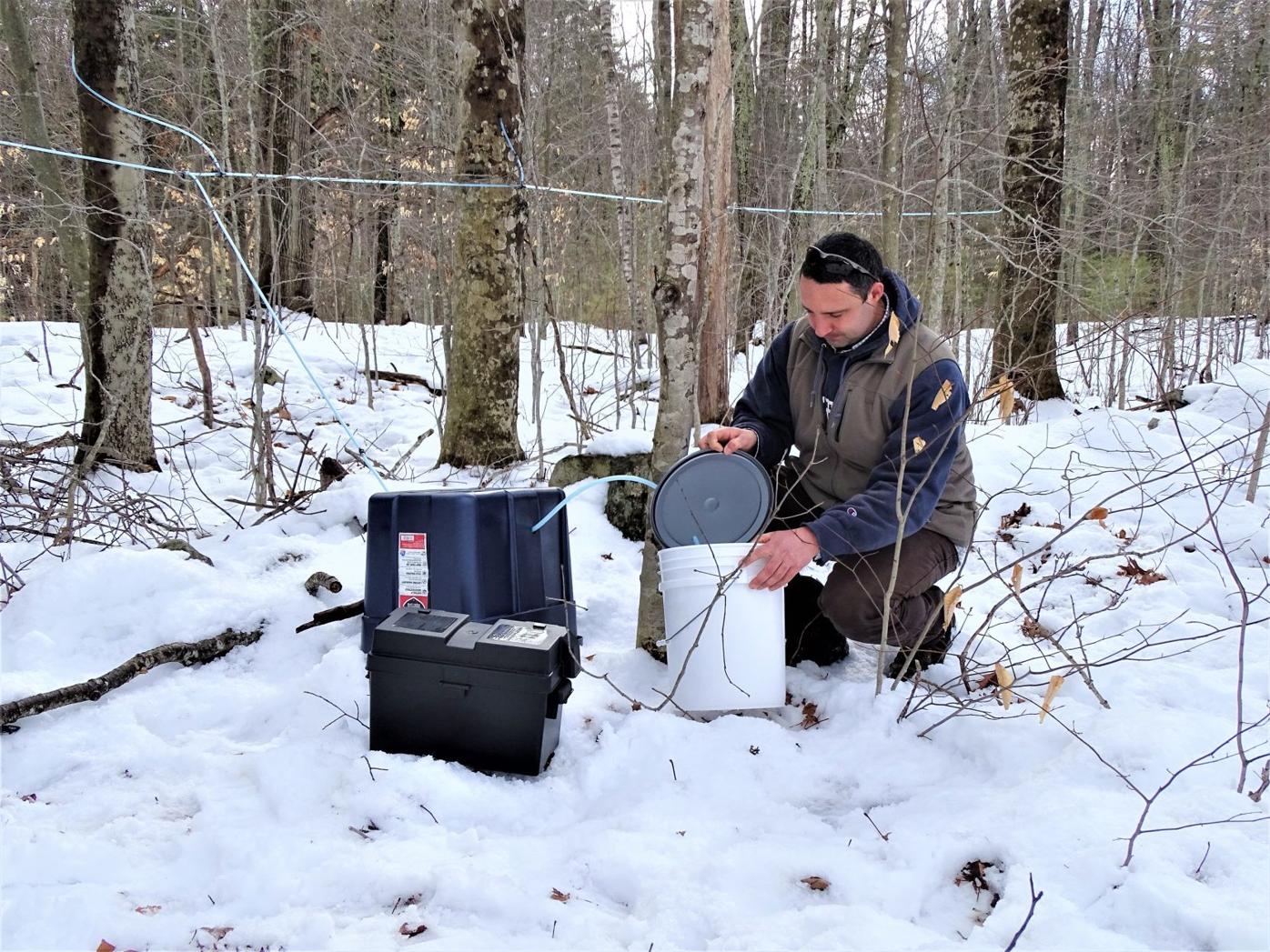 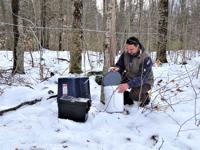 Ph.D. student David Moore is measuring sap flows in a variety of trees for the production of syrups. 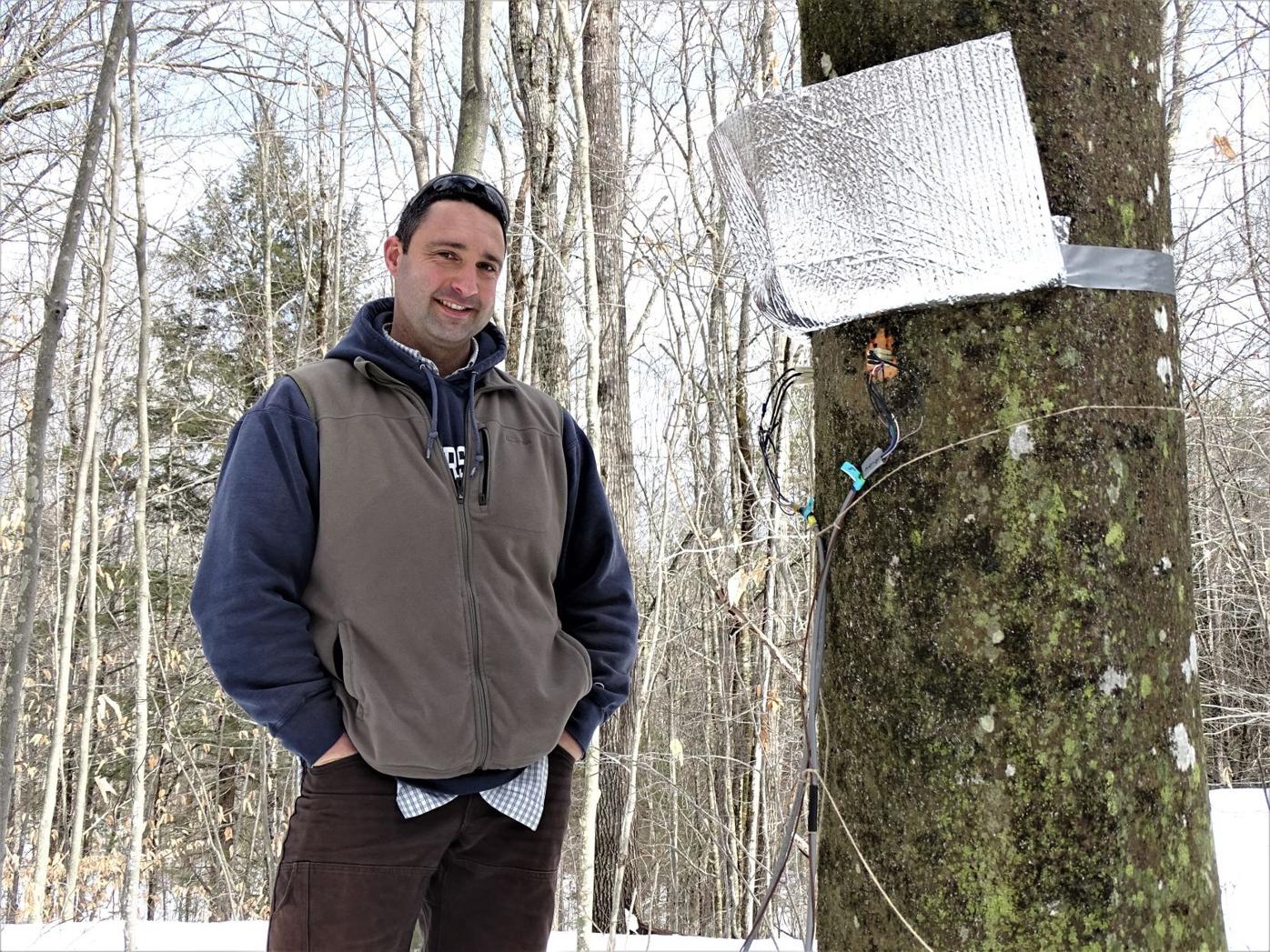 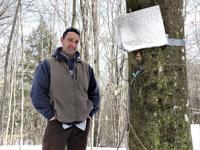 Technology allows Ph.D. student David Moore to conduct his research on trees which could produce syrups.

Ph.D. student David Moore is measuring sap flows in a variety of trees for the production of syrups.

Technology allows Ph.D. student David Moore to conduct his research on trees which could produce syrups.

It’s maple sugaring season in the state, and a researcher at the University of New Hampshire says there are other species of trees that can be tapped for sap.

Moore said he does not think these types of trees will replace maples for syrup production, but he does see potential for local producers to extend their season and offer a diversity of products.

“Consumers are really excited about these new syrups. I got interested in this because I used to sell birch syrup ... there’s a lot of interest in it,” Moore said during an interview at the farm in Lee where he lives.

Moore said birch syrup tastes like a combination of molasses and raspberries. It can be used in tea, gingerbread, marinades and glazes.

Moore said of the syrups he has tried, sycamore is his favorite.

“It tastes kind of like butterscotch or honey, so you could use that in a little bit of a different way, too,” Moore said.

Of course, they both taste good on pancakes, Moore said.

Heidi Asbjornsen, associate professor and program coordinator for forestry at the College of Life Sciences and Agriculture, said when Moore contacted her several years ago about his interest in conducting graduate studies at UNH she thought he would be an excellent fit for her research program.

One of the research areas Asbjornsen’s lab focuses on is agroforestry systems.

“David’s research is one of the first scientific studies focused on quantifying dormant (winter) season sap flow dynamics in multiple tree species that have a strong potential to produce high quality syrup. He will also be analyzing the saps and syrups from these different species to assess their potential health and nutritional qualities,” Asbjornsen wrote in an email.

Asbjornsen said while there has been extensive research in recent years showing the positive effects of maple syrup on health and nutrition, very little is known about the characteristics of saps and syrups from other species of trees.

Michael Farrell is CEO of The Forest Farmers. Their New Leaf Tree Syrups are a premium line of certified-organic sweeteners made from a variety of tree species, including maple, beech, birch and walnut.

While they measure maple syrup production by tens of thousands of gallons, syrup from other species is measured in hundreds of gallons.

Farrell said the syrup from other species of trees are specialty items.

“Our biggest customers are people that are really intrigued by the fact you can get syrup from a lot of different types of trees,” Farrell said. “It’s definitely a niche market and probably always will be.”

Farrell said maple and walnut trees run at the same time, while beech trees can be tapped halfway through maple season when the ground thaws. Birch sap is harvested at the end of maple season.

Farrell said beech syrup has a deeper, bolder flavor than maple syrup while walnut syrup has buttery and nutty notes.

Chef-owner Evan Mallett at Black Trumpet Restaurant and Bar on Ceres Street in Portsmouth has worked with Moore’s birch and sycamore products in the past and is looking forward to trying syrup from walnut trees.

Mallett said syrups can be folded into mustards. He enjoys the flavors created by pairing specialty syrups with venison and elk.

“Ninety-nine percent of the population thinks that there’s only one kind of tree sap used to make syrup,” Mallett said about diversifying his customer’s palates.

Mallett supports sustainable food systems and he would like to see Black Trumpet reduce the amount of refined sugar they use at the restaurant.

“It is a very processed ingredient that is largely not sustainably harvested and grown. There are labor issues with it,” Mallett said.

Moore is on track to graduate with his doctoral degree in 2023. His research is funded by the NH Agricultural Experiment Station at UNH.