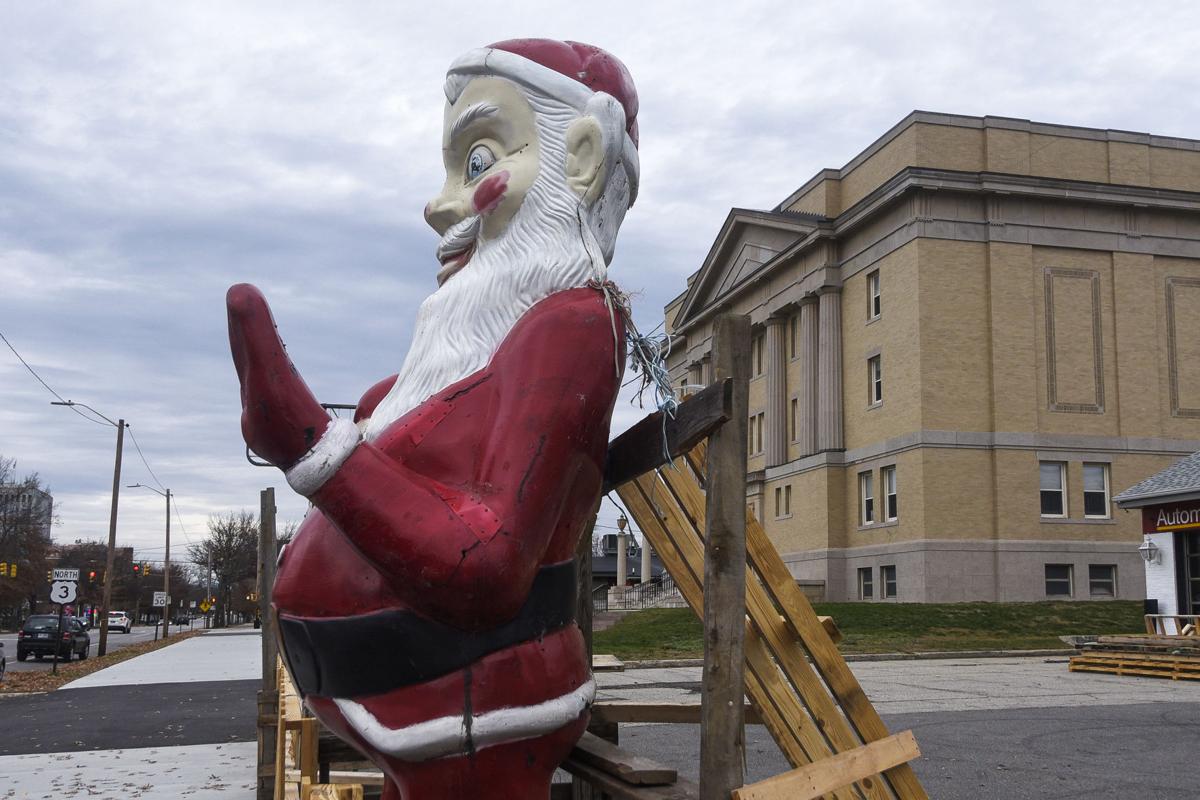 Creepy Santa is back to promote Christmas tree sales at 1467 Elm St. in Manchester. 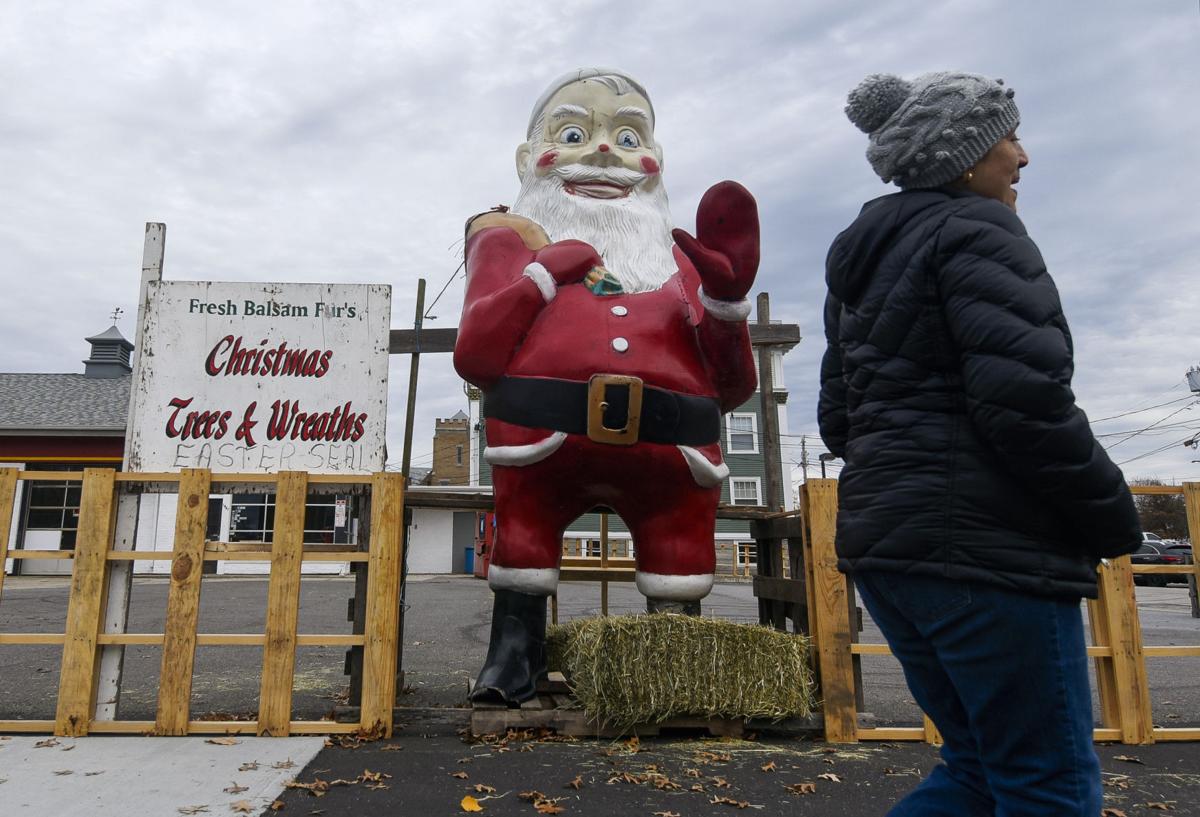 A passerby walks past the Creepy Santa at 1467 Elm St. near the Masonic Temple in Manchester on Nov. 15.

Creepy Santa is back to promote Christmas tree sales at 1467 Elm St. in Manchester.

A passerby walks past the Creepy Santa at 1467 Elm St. near the Masonic Temple in Manchester on Nov. 15.

MANCHESTER — Some might call it a Christmas miracle, others not so much.

Either way, Creepy Santa is back.

The fate of the fiberglass relic, which has become a Christmastime landmark in Manchester, was unknown up until a few weeks ago when its owner, Justin Rheaume, secured a vacant service station parking lot on Elm Street to reopen his family’s tree lot.

The 12-foot Santa statue — known for its wide eyes and evil grin — arrived a week earlier than normal after being displaced last year from its longtime spot on a vacant lot at Salmon and Elm streets, which is being developed into the new Members First Credit Union’s headquarters.

Balsam fir, Fraser fir and hybrid Christmas trees are set to arrive from Quebec next Monday in time for the statue’s 30th anniversary.

“It was meant to be,” Rheaume said of the new location at 1467 Elm St. next to the Masonic Temple.

Other nicknames for St. Nick have piled up over the years, including Demented Santa and Sinister Santa.

The weathered statue’s return Saturday quickly caught the attention of many, including Mayor Joyce Craig.

“Christmas in Manchester would not be the same without Santa on Elm Street,” one fan wrote on the page upon its return.

“When we put it up, there was a lot of buzz with people honking their horns,” Rheaume said. “The amount of pictures that were taken just in the four hours we were there was amazing.”

Rheaume’s father, Reggie, bought Santa from a friend in the early years of the seasonal business.

“It is a very unique character because they don’t make them anymore,” Rheaume said. “There were only — I think — eight of them made in the world by a plastic company out in California. That’s just how they made them look back in the 50s.”

The family business creates an annual T-shirt; the proceeds in part benefit a number of charities including EasterSeals, Families in Transition, Hope for Recovery and Teen Challenge.

The 2020 design features a mask covering Santa’s signature grin and the words: “He sees you when you’re sleeping. He knows when you’re awake.” It goes for $20.

Also for sale will be red masks with a depiction of Santa’s famous face for $10.

Rheaume said he’s come up with safe ways for the trees to be sold during the COVID-19 pandemic, including an option for people to select a tree without leaving their car.

For Creepy Santa, there is no place like home for the holidays.

“I think people are ready for this year to be over and I think this kind of gives a semblance of at least something,” Rheaume said. “It is kind of a history-driven piece in Manchester.”