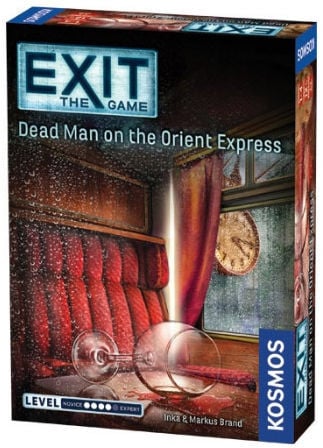 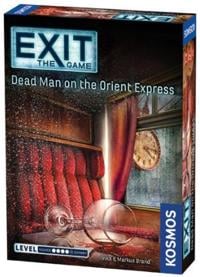 Escape room games are likely to be a popular choice at holiday family gatherings. Exit: The Game is available with several different themes, including "Dead Man on the Orient Express." 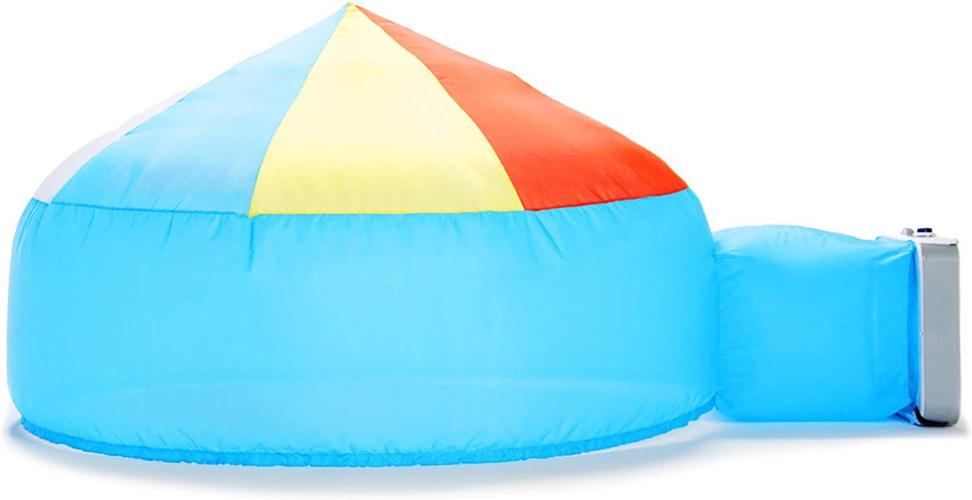 Kids like to hang out in the original Air Fort, like this Beach Ball model, which quickly inflates in any room in your house.

Escape room games are likely to be a popular choice at holiday family gatherings. Exit: The Game is available with several different themes, including "Dead Man on the Orient Express."

Kids like to hang out in the original Air Fort, like this Beach Ball model, which quickly inflates in any room in your house.

REGARDLESS OF WHAT else is going on in the world, the holidays are here, and kids are hoping this season will be the best yet.

“I’m looking around at my store that’s 4,000 square feet of toys, and I just love it all — hard for me to pick,” said Kerry Wood, when asked which toys might be big sellers.

Glancing around at displays in the educational and interactive toy store in downtown Dover, Wood, owner of The Noggin Factory, stacked up some ideas and suggestions for shoppers’ must-have lists.

Chances are you may already have one on your dining room table.

“I think if the spring told us anything, they’re going to be looking for puzzles and hands-on things,” Wood said.

But puzzles, a great go-to for families on lockdown, can sell out quick.

“It’s tough this year. It’s whatever puzzles you can get your hands on. They’re still trying to catch up from the spring,” she said, adding that the store carries White Mountain Puzzles.

Games of all types are again a top-seller.

“Families are coming back around the table and playing games together. We have sold more games this year than in any recent year that I can remember — all ages, from the little ones all the way up,” she said.

There are myriad game styles — everything from the adventurous to the courteous.

When you can’t get out anywhere — you may as well get into something like an escape-room game.

“Escape-room type games are really popular, where you’re trying to solve the puzzles and the mystery,” Wood said, and mentioned the Thames & Kosmos series “Exit: The Game,” saying it’s “like an escape room in a box.”

A story at dicebreaker.com called “Exit,” is the “gold standard of play-at-home escape rooms.”

It’s a non-reusable escape room game because you use up the materials needed to win. The game is ages 10 and up and is for one to four players. There are different versions, too, like “Dead Man On the Orient Express” and “The Sunken Treasure.”

People have also started becoming more interactive and playing games with others on Zoom.

“The board is at one person’s house, but they’re rolling dice at other houses and competing against teams from other houses over Zoom, which is really cool.”

“Family games, like we would call party games, things where you’re drawing or trying to match answers and calling things out — those are always popular,” she said, and suggests trying Taco Cat Goat Cheese Pizza.

Cooperative games based around matching, counting or memory for younger kids can teach them how to follow the rules and take turns, a useful tool when everyone’s cooped up inside.

“The people who are playing the game are not competing against each other. They’re trying to defeat the game.”

“There’s not that disappointment of winning and losing and trying to beat each other. The parents are loving those games,” she said.

Crafts, science kits and other brain-busting games could also be big winners, so that “kids could be busy and be using their brains, but be in the house.”

“Anything robotic or solar has been huge. We’re selling a lot of ukuleles, and we have this roll-up piano. It’s a flexible rubbery kind of piano with a great sound and they can roll it out on the table,” Wood said.

“Ukuleles. Lots of people have taken up new hobbies during COVID, from making sourdough bread to learning languages and instruments. The ukulele is a relatively easy instrument to learn and on the lower end of the budget spectrum,” Wood said in an email.

Even after eclipsing their 10th anniversary, Wood said Plus-Plus Blocks are still popular.

“They’re just little puzzle T-shaped building blocks. The kids can put them together in a zillion different ways. The kids are loving (it).”

For kids who need their own space in the house, the Air Fort might provide it.

“Another item too, that we’re super psyched about this year: It’s called an Air Fort. It’s like parachute material in the shape of an igloo. It just stays inflated. You attach it to a box fan and it inflates the fort in seconds, and then the kids can climb underneath it and hang out and read. And they’re huge too.”

Wood said her 12-year-old son and a friend tried it out, and it blew them away.

Other toys Wood recommends: Disk Dash by Schylling; Harry Potter Spot It; and Doink It Darts magnetic dartboard. She says Genius Star is “a new twist on Genius Square that was hugely popular last year,” while Bear Down is “a cool new concept where the box becomes the interactive playing board.”

If you’re still looking for trendy, “hot” toys (think the Furbies craze), Noggin Factory likely won’t have it. “There’s one gimmicky toy that is declared the hot thing. We don’t chase those.”

Wood explained that manufacturers advertise certain toys, which are then offloaded at big box stores.

She says Noggin Factory does, however, have toys that kids can revisit again and again.

“It’s not just a flash-in-the-pan one-time-use thing. It’s something that’s going to keep them (coming) back. We like to carry things that have real play value in life, things that have value to make them create or imagine, or explore and learn,” she added.

Wood seemed excited about the U.S. launch for Tonies, a British toy that plays audio messages from distant family and friends while keeping kids away from the ever-present computer and TV screens.

“It’s a little soft speaker box with these hand-painted figures. They’re characters like Elsa or Woody from ‘Toy Story.’ And when you put the little character on top, that speaker will play songs or tell stories from that character. If they want to change to the next track, they just tap the box.”

She said it’s good for families living apart during the pandemic.

“Grandma can record a story that she reads, (or) you can record yourself singing happy birthday and send it to a kiddo,” Wood said.

Drew Vernon, marketing director with Tonies USA, agreed that it can be tough to tear kids away from the television, which is where Tonies could come into play.

“Parents are struggling to provide screen-free entertainment options to their kids, and the Toniebox is quickly becoming a go-to option to address that,” Vernon said in an email.

As always, the Noggin Factory is again partnering with the Seacoast Firefighters Toy Drive.

“We always have a (toy drop-off) box and have made volunteering to wrap for them a tradition,” she said.

Visit www.nogginfactorytoys.com to view their digital catalog. The Noggin Factory is at 53 Washington St., Dover. Call 742-0012 for more information.