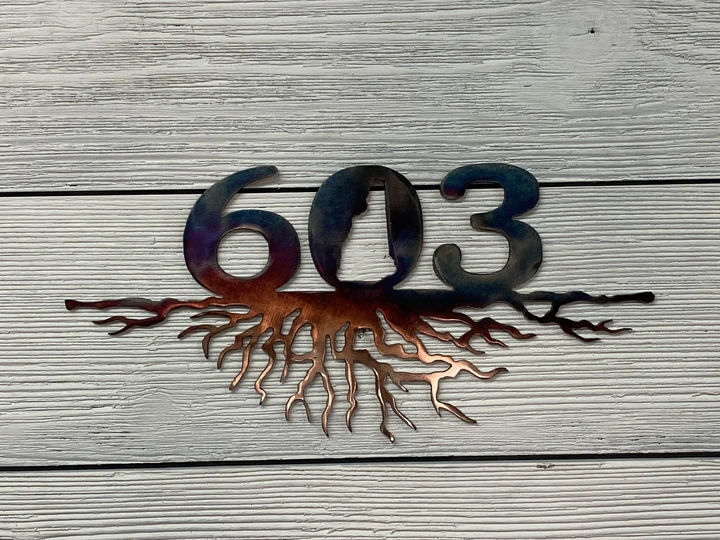 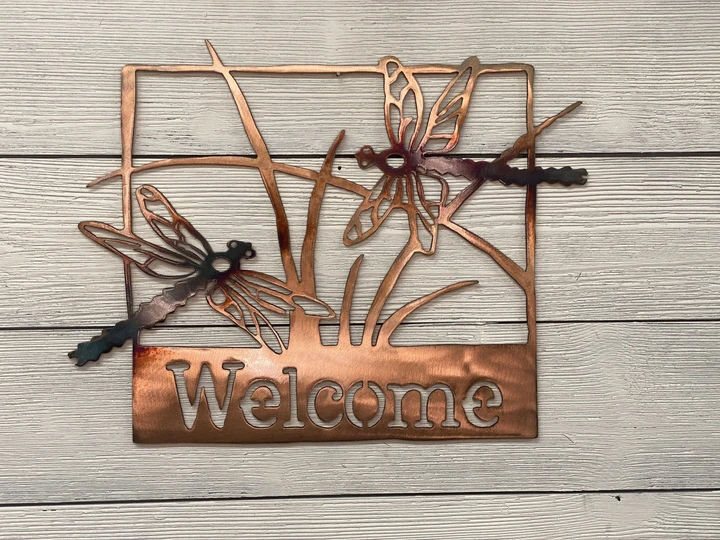 Artist Ryan Lonergan tells customers to hang their metal art where they will walk by it often and enjoy the colors revealed when sunlight hits it.

Artist Ryan Lonergan tells customers to hang their metal art where they will walk by it often and enjoy the colors revealed when sunlight hits it.

LOCATED IN THE Upper Valley, Third Shift Fabrication is a metal crafter with a focus on nature and wildlife, featuring everything from home décor, wall art and furniture to fire pits and specialty bottle openers.

According to owner Ryan Lonergan, Third Shift Fabrication’s very existence stems from an interest in how things worked that began during his childhood.

“When I was a kid, I thought I was just being annoying to my parents, because I needed to take everything apart,” he laughed. “I needed to work with my hands and just do something. I just didn’t know what I wanted to do.”

He initially did not follow his passion to work with his hands, though, as he elected to pursue a career as a network engineer, a choice he acknowledged “was just killing his soul.”

In 2012, his purchase of a CNC machine, which follows coded programmed instructions to process pieces of material to meet various specifications, quickly changed his career trajectory.

“When the machine first started, I fell in love with the tool,” he said.

His fondness for the CNC (short for computer numeric control) led him to leave his career as a network engineer in 2016 to start Third Shift Fabrication.

“There is another creative dimension that I did not see coming when I first bought the machine,” he noted. “It is exciting because each piece is as unique as a fingerprint.”

According to Lonergan, he has never looked back since starting his new career.

“I am much happier working many more hours than I was for less money,” he said.

As for his creative process, Lonergan said he considers the CNC as “the maker of (his) canvas,” which could take the shape, for example, of a home décor item, fire pit or unique bottle opener.

“With the raw metal in hand, it is now that the real artistry begins,” he said. “I developed the finish process over many years to finally perfect the process to what we offer today.”

He described it is “a many layered process” that provides a dimensional look and feel to each piece.

“We also offer personalized pieces, such as a family name, or bride and groom names and dates, added to a piece,” explained Lonergan, who said they take commissions for custom pieces or larger pieces up to 5 feet by 10 feet.

“Hopefully, these events will be back in some form next year, as we have found that when people see the pieces in person they fully see how the pieces change with the ambient light,” he said. “We always tell our customers to hang the piece where they will walk by it often. They will be amazed, particularly if it is hit by sunlight.”

As for the impact of the pandemic, Lonergan said they had already begun the process of digital marketing their creations prior to it, which helped them quickly move forward.

“Additionally, our pieces are now available at several retail locations, including Locally Handmade in Salem and Portsmouth, Riverview Artisans in Bristol, Furniture Mattresses and More in Bangor, Maine, among many others,” he added.

Third Shift Fabrication also recently opened a Holiday pop-up store in West Lebanon in the Powerhouse Plaza where they are offering curbside pickup.

“It is a large store, so there is plenty of space to shop safely,” he said.

“New Hampshire leads the pack in sales, locally and nationwide, and we love that,” said Lonergan, who said they are also offering an exclusive 10%-off coupon for Union Leader readers.

“Just use the code, Unionleader1, for any item,” he said.

To learn more about Third Shift Fabrication, or place an order, visit thirdshiftfabrication.com.