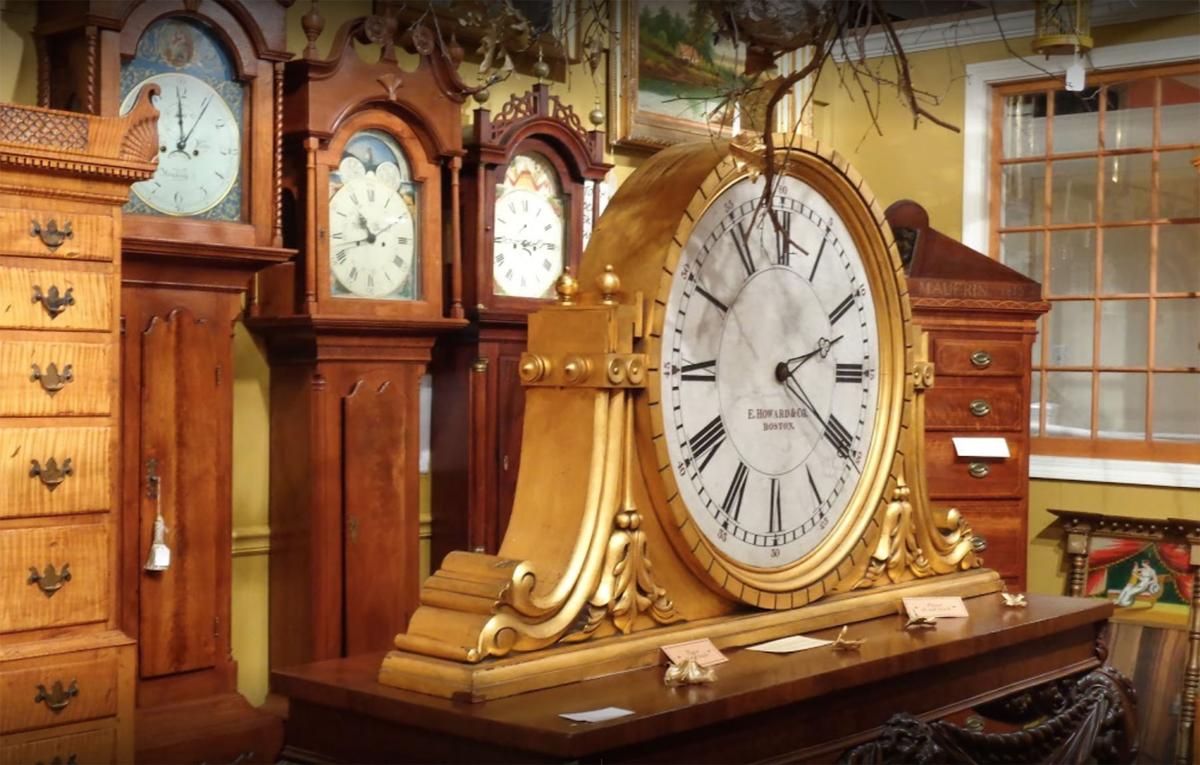 You would be hard-pressed to find clocks like these available for purchase at furniture stores, but you have plenty to choose from at the New Hampshire Antique Co-op. 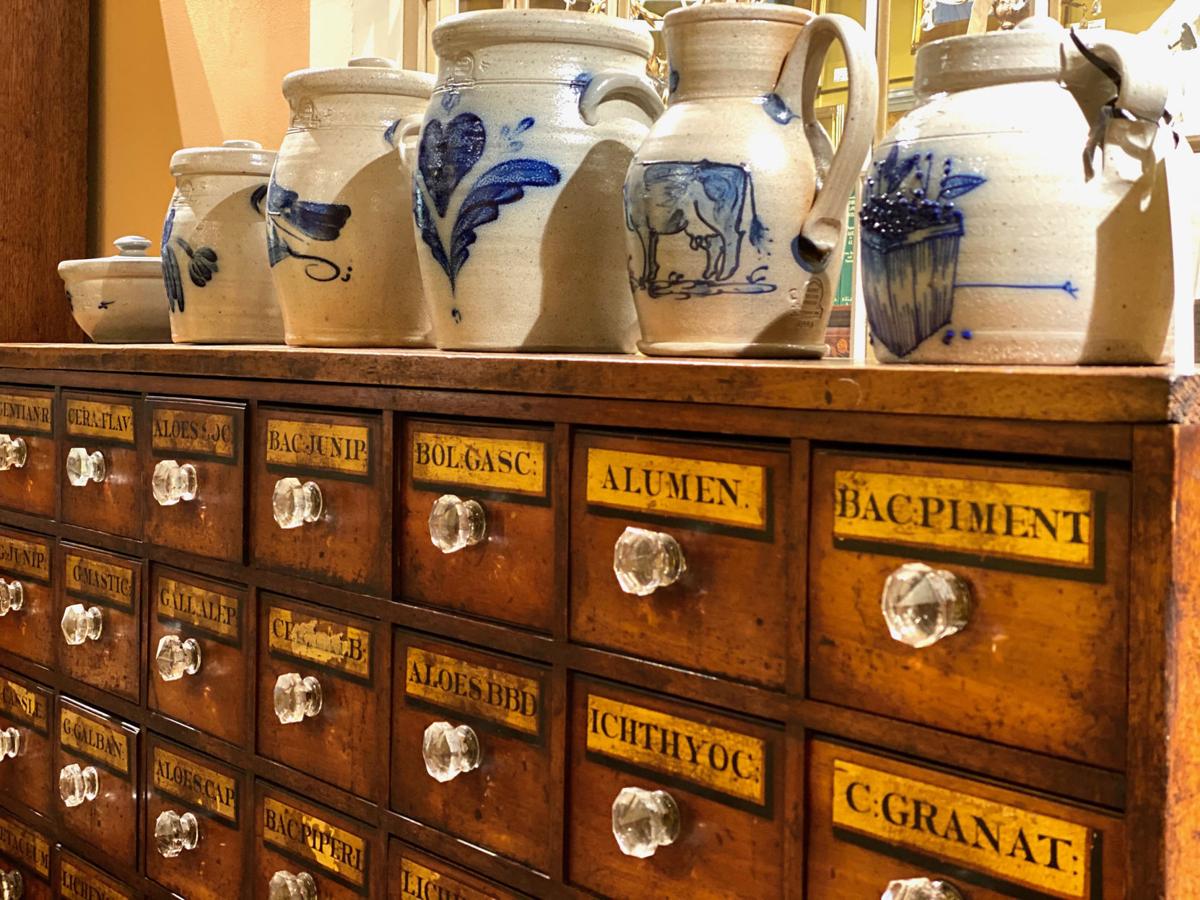 A 19th century apothecary and crockery pieces are on display at the New Hampshire Antique Co-op in Milford. 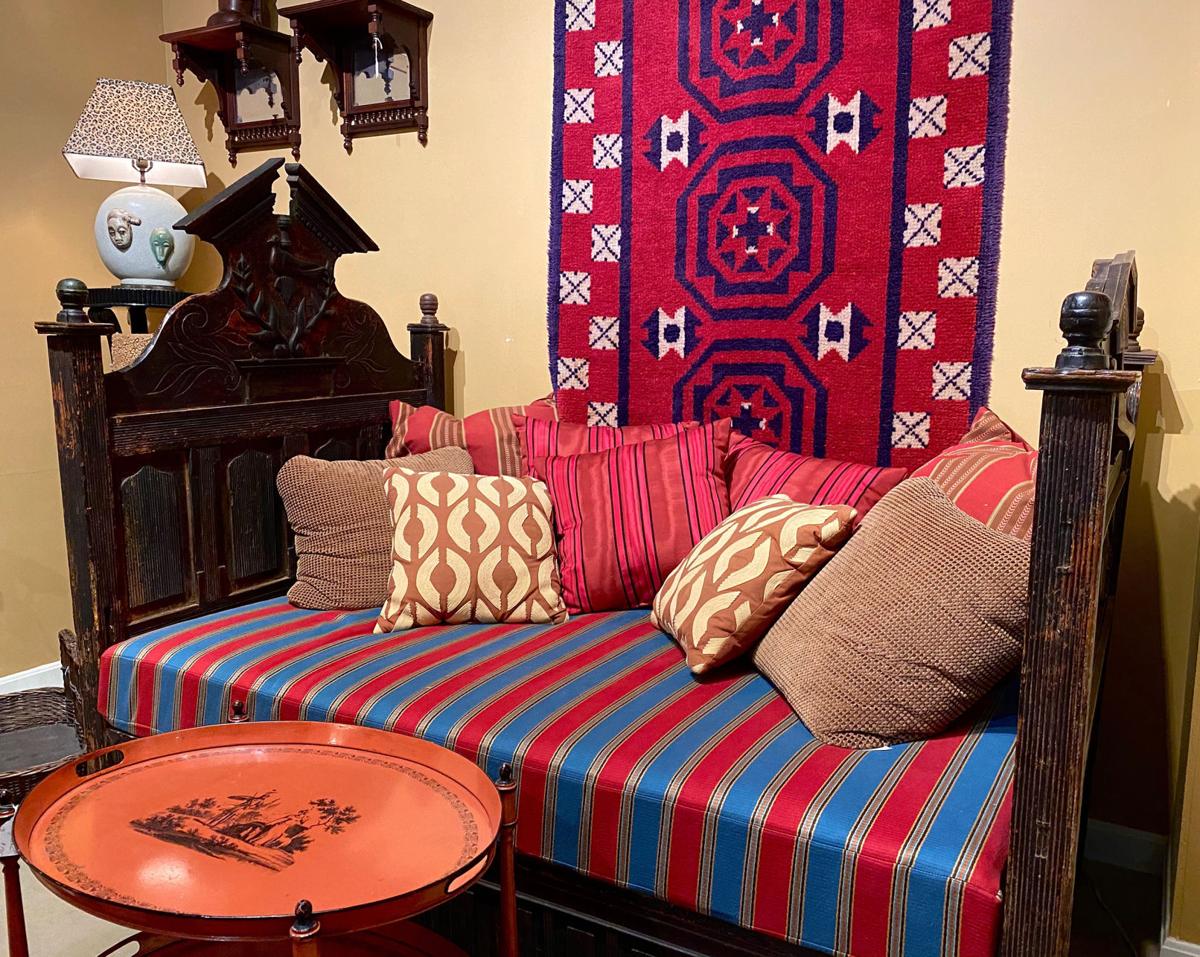 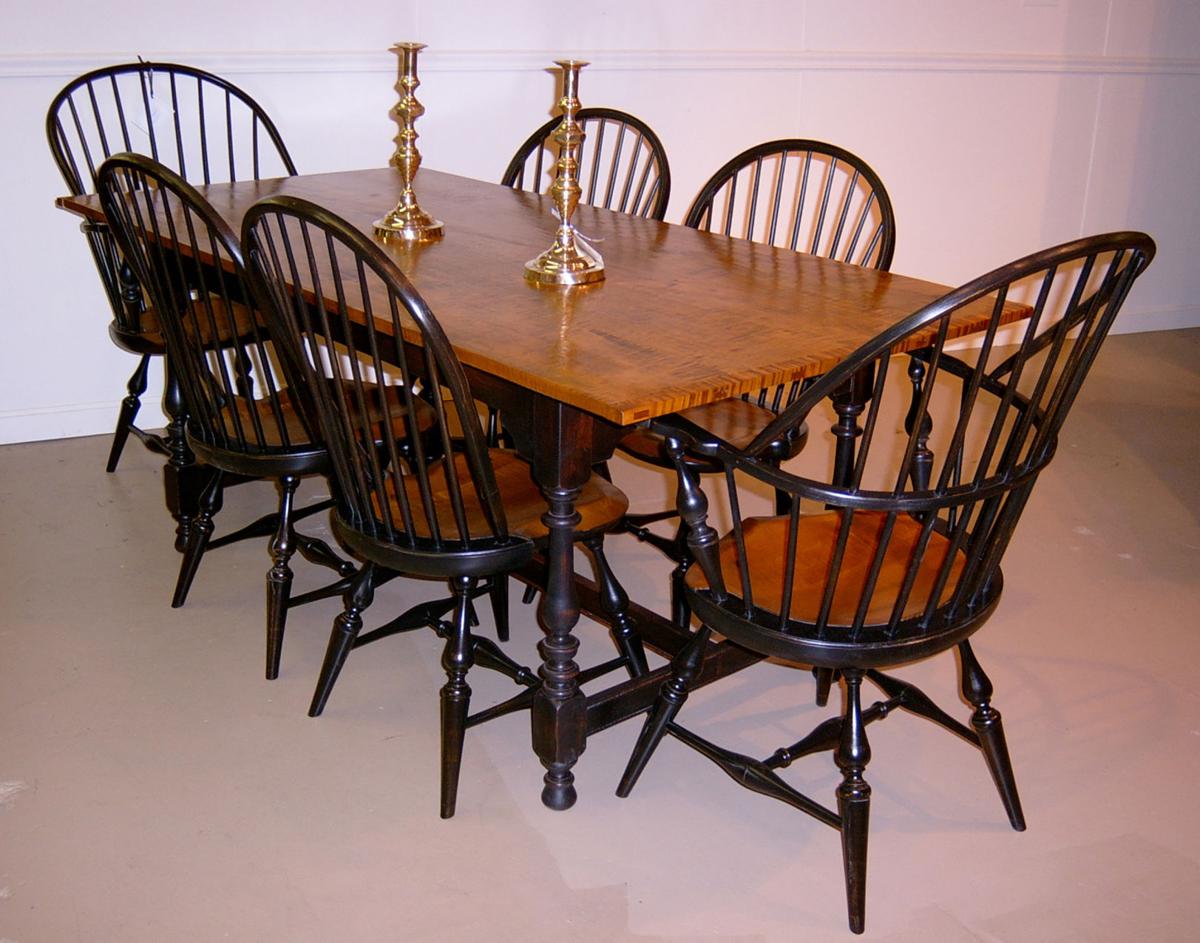 This tiger maple table with Windsor chairs is another example of a timeless find at the New Hampshire Antique Co-op.

You would be hard-pressed to find clocks like these available for purchase at furniture stores, but you have plenty to choose from at the New Hampshire Antique Co-op.

A 19th century apothecary and crockery pieces are on display at the New Hampshire Antique Co-op in Milford.

This tiger maple table with Windsor chairs is another example of a timeless find at the New Hampshire Antique Co-op.

Whether you seek a statement piece for your home this fall or the right, low-key vase for your backyard blossoms, you can probably find it at the New Hampshire Antique Co-op.

“Our shop has something for everyone,” said Jason Hackler, who co-owns the business with his father, Sam Hackler. The co-op has been around since 1983.

There’s nothing pretentious about it — they really do have everything of all stripes, “from a $2 postcard to a $100,000 painting,” Hackler said.

More than 200 dealers offer vintage home decorations and furniture of nearly every style and era within nearly 20,000 square feet of its Milford retail space, and at the price point you’re most comfortable with.

Hundreds of items pass through its doors or are examined online each day — pottery, silverware, china, silver, jewelry, and plenty of furniture.

A seasoned expert, Hackler’s had plenty of experience appraising vintage items and understanding trends — so much so that he sometimes sees the same items over and over.

“I grew up in the business. I’ve handled sometimes the same thing, three or four times now. Someone might move; they downsize and they’ll sell it. It’s really fun. They say, ‘Jason, can you handle this again?’”

No two days are alike at the Co-op.

“In our business, we never know what someone will bring in next. I’m always surprised by what comes in the door. Today, we also just got a 19th century brass fire hose. It’s called a water cannon, that would have been mounted on a ship. It stands like 5 feet tall. And it’s fantastic,” Hackler said.

For him, it’s all about the journey.

“I get excited or enthused about an object. It doesn’t matter necessarily its origin or era, it’s about the piece and what it represents,” Hackler said.

He uses the humble chair as an example.

“That’s one of the things that I curate — what makes this chair worth $50, and this chair worth $500? It’s in my lifelong experience in collecting, dealing, looking, learning, researching, buying and selling, and making mistakes, that helps me to come up with that number. It depends on condition, who made it,” he said.

“My goal is to discover a great object for somebody and to handle it, sell it fairly to a new person who’s going to love it,” he added.

Now that the business has expanded its online program, people from all around the world can buy items from the co-op.

“I just sold a piece of porcelain, which just got shipped to Singapore. I just sold a set of late 18th century wallpaper panels. They were really magnificent. They were by Joseph Dufour, and they sold for around $25,000. They’re being shipped to Russia.”

The co-op offers professional services like appraisals, restorations and estate sales. Verbal appraisals are free; written appraisals start at $500. They’ll also take nearly any vintage, collectible or antique item on consignment, and will collaborate with interior designers and decorators to seek out the best fine art and antiques.

“With our consignment program, obviously the more we can sell something for, the more everyone makes. So the customer knows that, you know, I’m on their team. It’s exciting to find an object that someone never thought was worth anything and it ends up being quite valuable,” he said.

He quickly cited an example.

The store attracts every kind of collector, including Rick Loeffler of Bedford, a long-time customer with a fair amount of antiques, including felt sports pennants.

“I’m a sports fan. I buy old pennants, mainly baseball; felt pennants (from) back in the ’30s and ‘40s. They were hand-stitched in a factory. They’re kind of cool; they’re very collectible.”

But he also collects a lot of traditional American art — portraits and landscapes by 19th and 20th century artists. When it’s time for Loeffler to sell one of his items, he’ll take it over to the co-op.

“I have certain things that I am tired of or maybe I bought something and I’m not that nuts about it, so I’ll bring it over there and they’ll sell it,” he said.

A longtime visitor, Loeffler said he likes the variety at the co-op.

“Most group shops have display booths and rooms. But the New Hampshire Antique Co-op’s got all of the above, plus they have a real art gallery upstairs. They’re really museum-quality,” Loeffler said.

And he trusts the staff knows what they’re talking about.

“They have a staff that is exceptional. These are knowledgeable people. They have a lot of integrity.”

Loeffler, a card-carrying flea-market veteran since the ‘70s, says he and his wife, Maureen, “go junking a lot. We have a good time. I think it’s a fun thing to do,” he said.

But that doesn’t mean the items they pick up aren’t great finds.

“I like to buy little silly paintings. It was a painting of a young guy, and he just had a funny expression on his face. It’s just a hoot; it’s just a laugher. It’s worth about 2 cents. And then I recently bought a pretty good oil painting that I paid some money for.”

“I think the New Hampshire Antique Co-op, for somebody who has any interest in nice things for their home, should go there,” Loeffler adds.

The New Hampshire Antique Co-op is open Wednesday through Sunday, 11 a.m. to 5 p.m., and Tuesdays by appointment. Hackler says the co-op follows COVID regulations. Face masks are required. Its gallery talks and art openings are on hold, and appraisals can be done outside on-site.