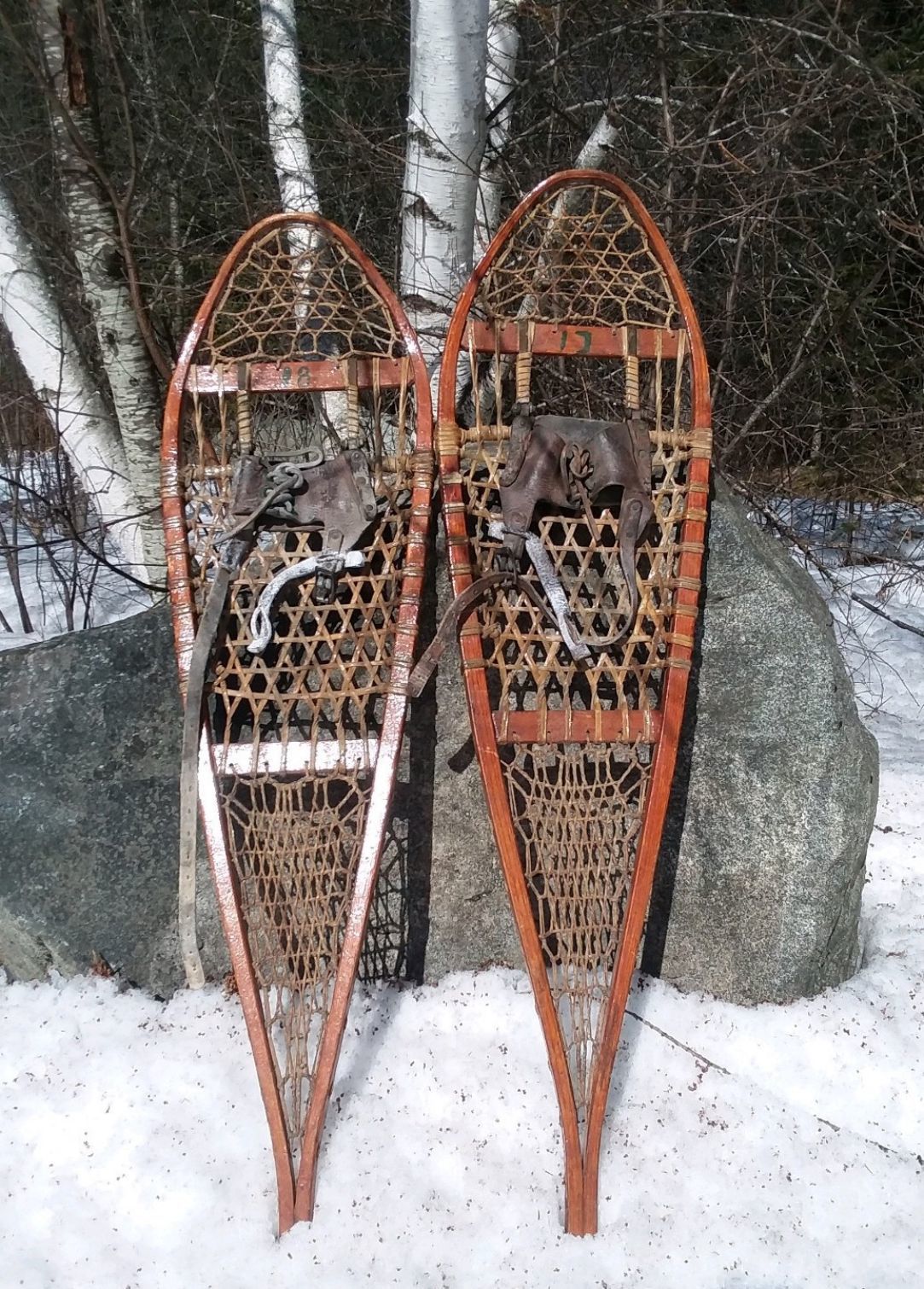 Snowshoes like these can be a valuable tool for outdoor exploring and exercise.

When I describe someone as “hardworking,” I take two factors into consideration. The first is obviously their effort toward a specific task and the second is the level of disdain they experience while working. In my opinion, a truly hard worker both sticks to the task and does so even when they dislike what they are doing.

I think a good writer should share the same characteristics. Effective and entertaining commentary must be applied to every topic, including those the writer does not find exciting or would not necessarily care to discuss. I’m going to attempt this very exercise as I bring to light an outdoor activity that many people enjoy and undertake during a typical New Hampshire winter: snowshoeing. To be clear, I don’t care for it.

For hundreds of years, those individuals navigating New England winters have used snowshoes. They have helped mankind survive and exploit habitat that they might otherwise not be suited for. Snowshoes were created as a tool, not unlike an ax or a hammer, and have in their essence, made things easier. Their recreational use is very popular and the trails used are as commonly found as those for cross-country skiing or hiking.

Allow me to retort. I understand that human beings are ill-equipped to walk in deep snow. When depths reach several feet and several layers of differing sturdiness exist, it is understandably easier to walk on top of it all. Increasing the surface area of our feet should allow for faster and easier mobility. In contrast, I find the oversized footwear strapped to my feet to have the opposite effect. I move slower and with greater difficulty. The two tennis-racket shaped contraptions get stuck in brush, crash into one another, and frequently send me tumbling to the ground.

It is not uncommon to see large groups of friends and family walking on well-groomed paths while easily placing one snowshoe in front of the other among a snowy landscape. Everyone seems to be happy and enjoying the journey and exercise. I have never experienced this happiness. From the first time I used snowshoes, I have found them to be cumbersome and maddening.

In college, I participated in a field exercise counting rabbit pellets in an effort to estimate population size. Snowshoes would be integral, according to my professor. In the snow, pellets would be easier to see and the ease of mobility for those counting would make the project a success. It was during this project that my frustration was born and by the time all pellets had been counted, I had broken one snowshoe by hitting it against a tree and threw the other one into a swamp.

I watched with confusion and envy as my classmates walked effortlessly through the deep snow. They moved happily with a grace that mocked my clumsiness. A stubborn man for sure, I have since given up on the snowshoe. My friends and co-workers all use them but know better than to suggest that I strap into a pair.

I am clearly in the minority when it comes to snowshoeing. It can be a great winter activity combining exercise and entertainment. Perhaps it is simply a skill that I will never attain. As a hard-working writer, I still encourage all readers to give it a try. For the majority of outdoor enthusiasts, it is an awesome adventure afield.