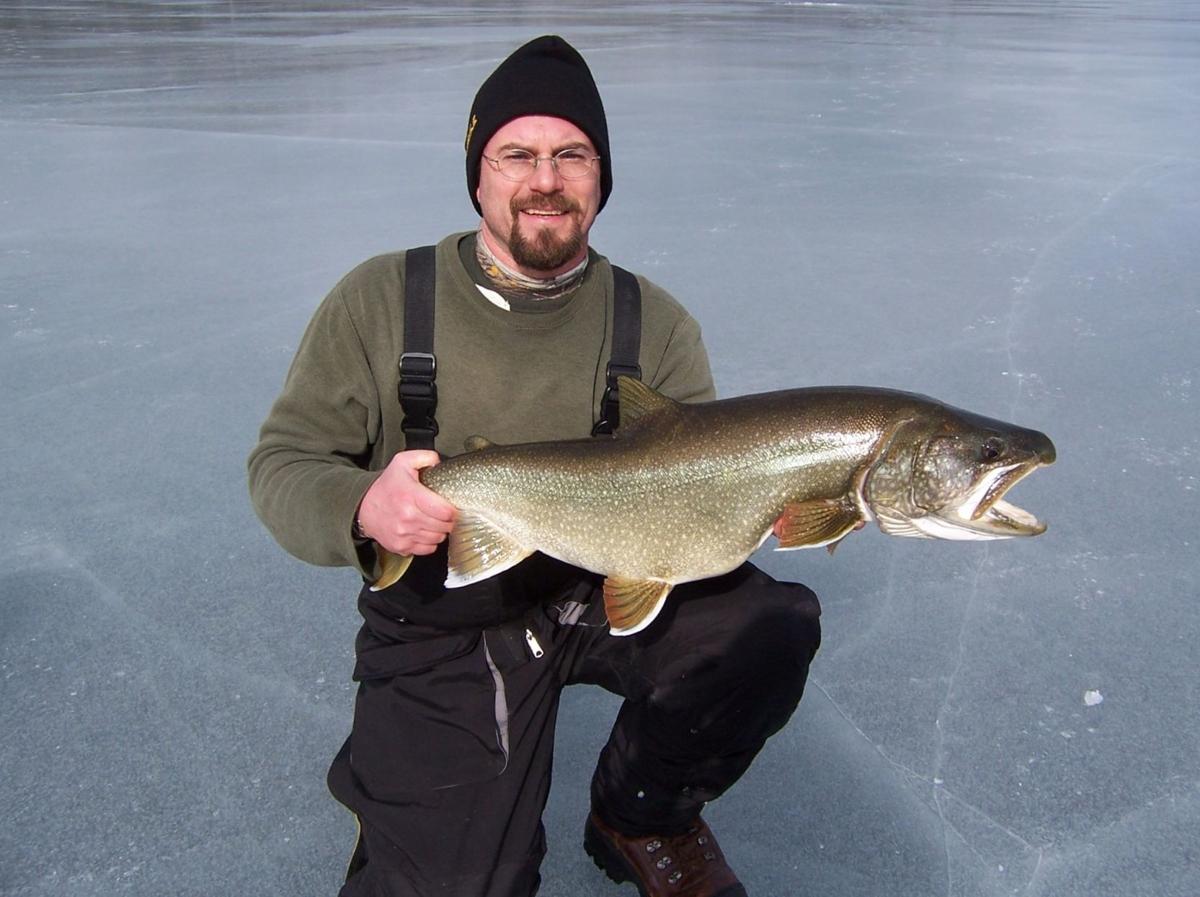 During the first week of January, a lake trout was caught in Northern New Hampshire that was, by all accounts, enormous. The fish narrowly missed the state record of 28 and a half pounds. I was lucky enough to handle this fish and study it. In addition to its impressive size, I tried to consider all of the characteristics that allowed it to live for more than 50 years and attain this remarkable condition.

Over the next few days, my thoughts were consumed by this fish. Where average people lie awake and think about the world they live in, my brain is instead occupied most often with fish. There are so many factors that contributed to the life of this lake trout that many days and nights were spent in genuine fascination.

The true inspiration for these thoughts can be simply explained by the unlikelihood of its existence. To clarify, a fish of this size is so rare that it may be described as a once-in-a-lifetime catch and the obstacles to its survival for so long are enormous.

Let’s start at the beginning. The reproductive strategy of a lake trout is simple. A large number of offspring (between 5,000 and 10.000) are produced with the hope that at least two survive long enough to reproduce and sustain the population. Once the eggs are deposited they are left unprotected and most of them will die. This is in contrast to, say white-tailed deer or black bears, who have few offspring and devote a lot of energy toward protecting them. By this comparison, fish might seem like the bad parents of the natural world.

The biggest lake trout are often found in deep, cold lakes. This may seem counterintuitive as these water conditions are not favorable to the survival of small fish. Often lacking the nutrients of shallow warm lakes, food sources can be scarce. Newly hatched lake trout must search for microscopic plankton or insect life on which to grow. A very slow-growing fish, a lake trout might not be able to eat a snail or crayfish until it reaches 4 or 5 years.

With each passing year, the fish get larger and more adaptive but the overall number from the individual cohort is constantly decreasing. Young trout are preyed upon by birds, mammals and other fish, so survival rates are low.

The big change in a lake trout’s life cycle is reached when it is large enough to eat other fish. Once this threshold is reached, a more abundant food source becomes available and growth rates increase dramatically. Having survived for so long on a limited and less beneficial forage, a lake trout eating a smelt, shiner, or sucker must do so with the enthusiasm of a man lost at sea finally washing up on shore next to a McDonald’s.

It is also at this point in a fish’s life that it becomes more susceptible to being caught. My primary approach to lake trout fishing in the winter is to set one tip-up and then jig them up with my transducer. Every fish that I catch in this way is eating other fish and fooled by my live bait or bait imitation.

There are so many factors that keep fish from reaching a trophy size and age that the satisfaction in doing it must be appreciated on many levels. Sometimes a picture is taken and the fish is released. Sometimes the fish is harvested. The memory captured forever, and it is easy to marvel at the process and appreciate the resiliency of nature.