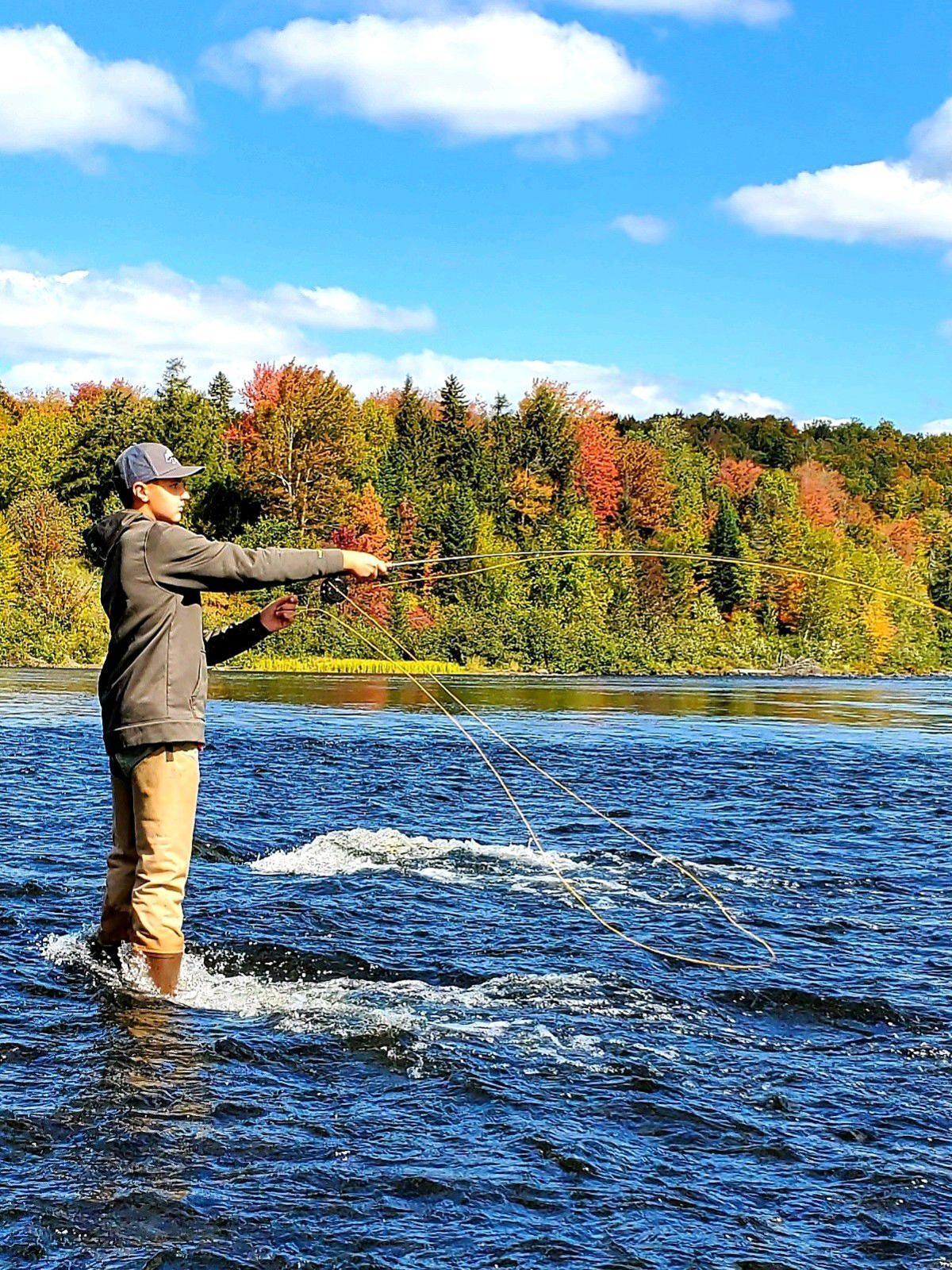 Jimmy Blanco of Stark is learning to fly fish for his senior project at Groveton High School.

I UNDERSTAND what a mentor is and although I frequently share my knowledge with others, I have never considered myself one.

First, when I show or tell someone how I undertake a specific activity, there is no guarantee that it is correct. Just yesterday, someone asked me to recommend a good fly for the Androscoggin River in the fall. I quickly suggested a brown owl streamer and offered it up with a strong sense of confidence. I had forgotten that the day before, I had fished the brown owl for over three hours without so much as a nibble.

When I was recently contacted by a local high school student to serve as a mentor for his senior project, I was flattered and a little weary. Jimmy is a 17-year-old at Groveton High School and I’ve been his baseball coach for most of his varsity career. He is an awesome second baseman with a high level of sportsmanship. His senior project and my subsequent mentorship involves learning how to fly fish.

He has a basic knowledge of freshwater fishing and figured that moving on and learning to fly fish was a logical step. I proudly accepted the role. Most of the water bodies that we can fly fish will be closing on Oct. 15, so we needed to get a quick jump on the in-the-field portion of this project.

I met Jimmy on Saturday morning where the Coos County air temperature was hovering in the mid-20s. On the tailgate of my truck, we pondered over rods, reels, flies, leaders, waders, and a few books that I assigned him to read.

Our first exercise was some casting on the lawn in front of his house. The grass has been dead for more than a month and the frost that coated it on that morning looked like what I imagine the surface of Mars looks like.

I explained that casting any fishing rod is not an exercise in strength but rather finesse. I have seen a million young anglers lunge forward and whip the whole outfit as if they were trying to throw it across the water. Fly fishing exemplifies a rule of control and calculation and Jimmy seemed to have the patience to understand that.

Once it warmed up to a balmy 35 degrees, it was time to hit the river. Our first location was not chosen wisely, as a few large trees were growing on the riverbank and Jimmy managed to put his fly into almost every one of them. We quickly moved up river to a wide-open spot with ample room for a back cast. Keeping the fly line from being swept downstream was a challenge but one that was quickly managed.

I gave Jimmy the same advice that might be given to someone learning to hit a golf ball: Try to keep things straight before you try to hit for distance. With each cast, his line remained straight and untangled and, as the day progressed, he was casting further and further.

The day ended without any fish but it also ended without any tangled lines, soaking wet clothes, or hooks buried in hats or clothing. We lost a few flies but really laid the groundwork for a good project and effective mentoring. I’m looking forward to it.