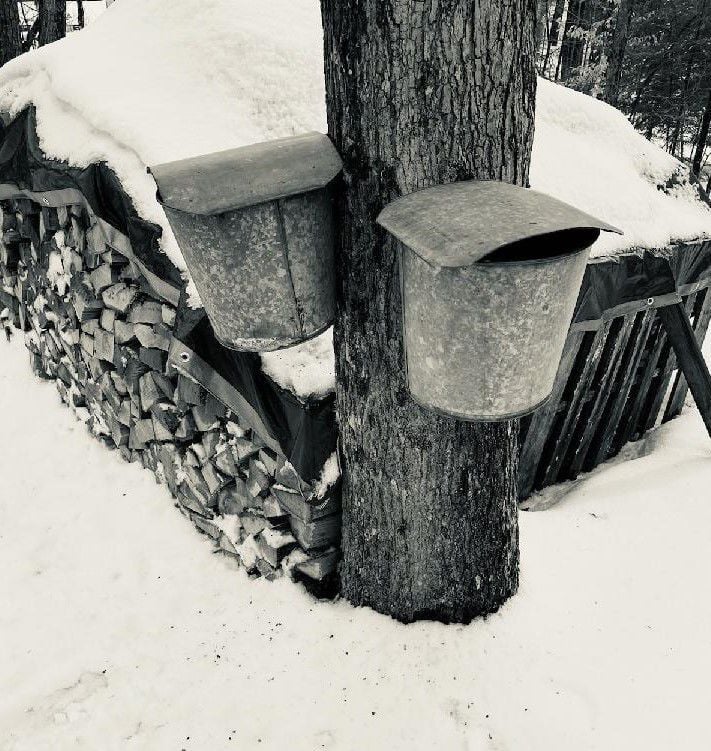 The maple syrup season is just beginning in New Hampshire and represents an activity that’s a sign of the end of winter.

MY OFFICE is no different from thousands of others around the world. There are a small number of desks, each adorned with typical office-ware, including phones, computers and pictures of family. Among posters advocating workplace safety and equality, there are two restrooms, a conference room and a kitchen.

In one corner, there is a water cooler where thirsty employees gather to primarily hydrate, but secondarily to just shoot the breeze. Topics range from weekend plans to recent sporting events and, most frequently, hunting and fishing.

The one exception occurs around mid-March and represents an activity that every member of my workforce is passionate about except me.

Out of 15 men and women, I am the only employee who does not participate in the time-honored New England tradition of making maple syrup. Everyone else spends the winter preparing and looks forward to the season with an enthusiasm that I simply do not have.

The interesting part of this relationship is that I only pretend not to care. Quite effectively, I fake a disdain for the whole topic hiding my genuine interest. In truth, I am fascinated by the topic and stealthily occupy the role of outside observer … listening intently and saying very little.

I am not a psychologist and struggle to explain my dishonesty with co-workers. Perhaps I justify not participating with false contempt trying not to conform to the masses. I might have some issues.

With crisp, cold water in my office mug, I sip and listen to details about spouts, buckets, evaporators and color grades. Each member of the sugaring club teaches me about their specific operation and the nuances of personal touches.

As the long New Hampshire winter comes to an end, I am always looking for signs of spring and gravitate toward any conversation that reinforces the transition. Sugaring season does just that.

The process is initiated by air temperatures that rise above freezing during the day and the slow thaw of sap is metaphorically like a tree’s blood beginning to flow after a long hibernation.

Watching icicles drip and snowbanks recede motivates most outdoor adventurers, but to the syrup maker, it allows for calculated work plans and methodical approaches to a new season.

Once the sap begins to drip, many items must already be in place and in good working order. Some of the smaller operations employ spouts that feed directly into buckets. These galvanized receptacles are incredibly simple and many have been used for several seasons. Covered to prevent rain and snow from diluting the contents, the buckets must be emptied into a larger container for storage and transport.

The frequent checking and processing of sap buckets is such a long-standing tradition in New England that school kids used to get a week off from school during sugaring season as their help was needed at home.

An advanced method used by larger operations is the attachment of permanent lines that are directed by the force of gravity into large holding tanks. As the lines weave their way through a sugar bush, they create a geometric pattern that is unmistakably linked to the sugaring season. Even in summer months, thin, plastic tubes dot the New England landscape with the proud imagery of hard work and a connection with nature.

Although I do not tap trees, collect sap or boil the mixture into a tasty product, my respect for the process is much greater than I let on. It is an activity more traditional to New England than almost anything else is. The water cooler conversations are a warm and welcomed sign of things to come.