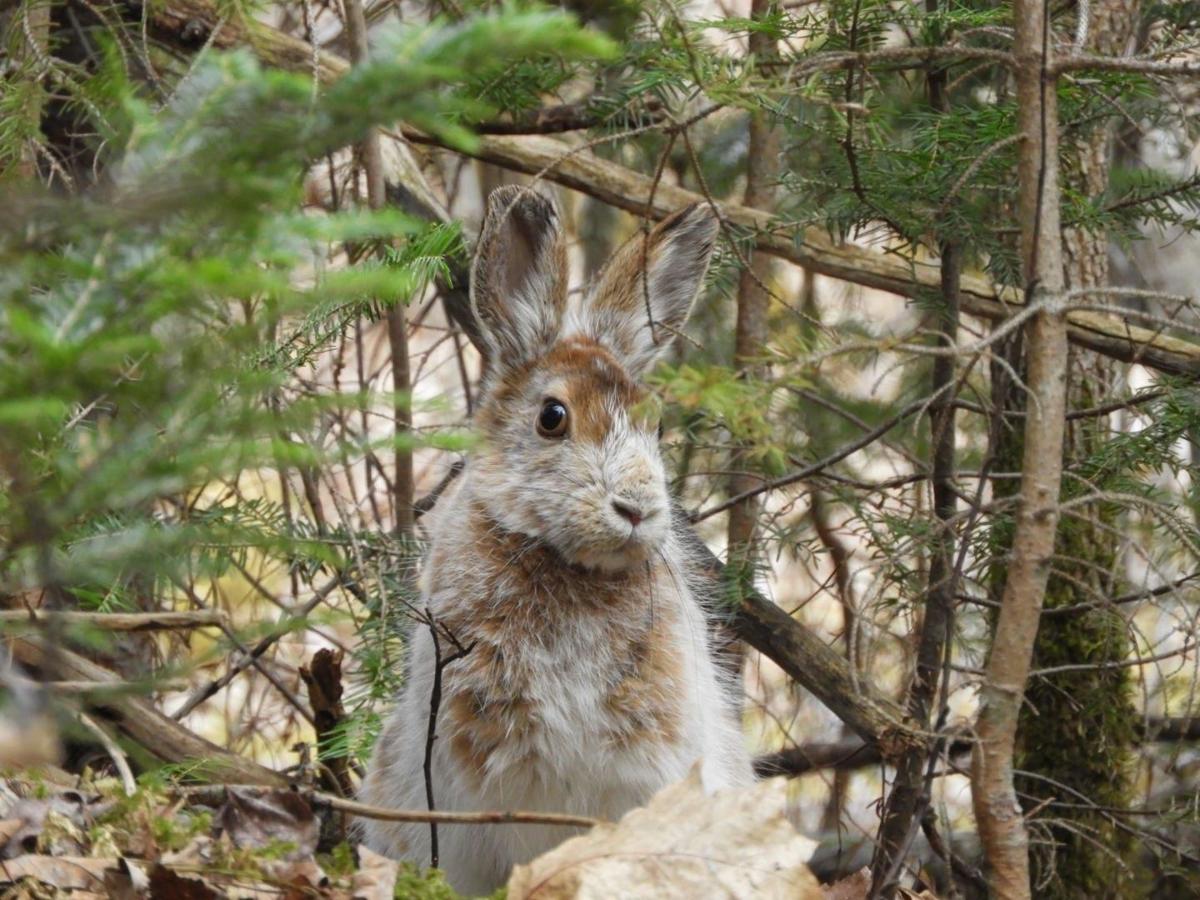 Snowshoe hares like this one will struggle as they turn white while the landscape around them does not.

NATURE is a pretty cool place. In it, a million variables connect in a precise way to form the world that we live in. Over a long period, these relationships have almost always aligned to benefit plants and animals in a way that ensures survival and propagation.

In so many ways, 2020 has been unusual and, in no surprising fashion, some of these conditions seem slightly unbalanced. Fortunately, the ecological relationships that I mentioned are designed to withstand fluctuations caused by an unpredictable and ever-changing climate. Recent warm temperatures and much-needed rain have left our landscape looking uncharacteristic and well short of resembling winter.

Because darkness falls shortly after 4 p.m., I frequently find myself in outdoor situations that lack illumination and are mostly dark. A recent discovery has been the white creatures that speed quickly through the woods or across my lawn. Like fleeting ghosts, these objects are fast, mysterious, and disappear just quickly enough to leave an observer wondering what the heck just happened.

The ghosts that I’ve been seeing lately are snowshoe hare and serve to exemplify an adaptation that, in current conditions, seems to lack reason. In most years, turning white in the New England winter is a major advantage to those mammals that survive in the underbrush of softwood forests. Primary winter food sources include the grasses and ferns that can be found low to the ground. The natural camouflage protects them from predators on land or in the air. This year, it has made things a little tough for these creatures.

Around October, these rabbits with uncharacteristically small ears start to turn from a rusty brown to a snowy white. The process is fascinating and serves as an unofficial gauge for those who look to nature for clues on climate. I am fortunate enough to have appropriate year-round habitat surrounding my home and I watch these critters all the time.

They seem comfortable sharing my land and allow me to get close to them without fleeing. They seem to have little fear of my lawn mower but frantically scamper whenever a large bird flies overhead.

Snowshoe hare spend the winter in an active state and do not hibernate. They seem to be busiest at night, which is another adaptation that serves to protect them from the large number of predators who’d like to make a meal out of them.

All rabbits share social characteristics and can often be found in groups of two or three. It is not uncommon to find them chasing one another in frequent mating rituals. A prolific species for sure, they can have several litters throughout the year and their official mating season never stops or starts.

One of the greatest predators of snowshoe hare in the winter is the bobcat. I have watched exciting chases and seen tracks in the snow that illustrate the constant battle between predator and prey. In a snowless winter, the advantage clearly belongs to the bobcat.

The ease with which I see snowshoe hare at night is an advantage also shared with birds of prey like owls. Bright white hares will have a hard time hiding from the spectacular night vision and stealth of these winged predators.

Most of nature’s adaptations serve as positive characteristics in either form or function. This year has taught us that we all need to exhibit some resiliency. If snowshoe hares could offer their opinion, I am sure they would agree.