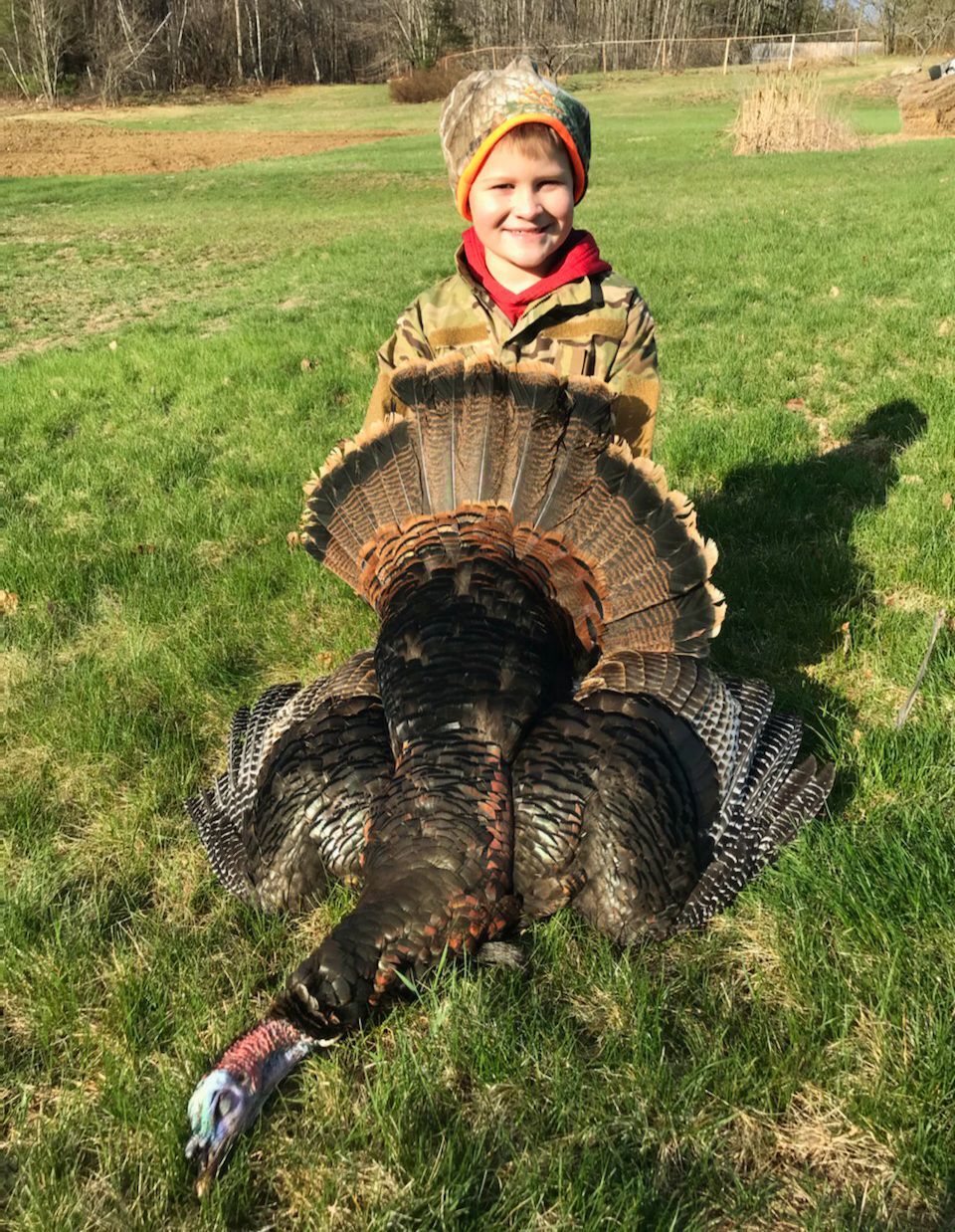 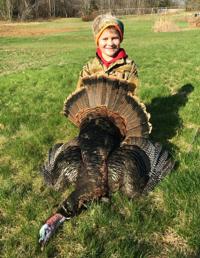 Seven-year-old Cash Rondeau of Chester poses after a successful turkey hunt during the youth weekend. 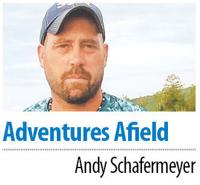 I SOMETIMES find it hard to convince young people of the entertainment value in those activities that I enjoyed as a child.

Once I learned to walk and run, I was officially classified as an outdoor animal and a television, computer or phone had little chance of changing that. Today’s youth face constant distraction from these sources and the same outdoor sports that I enjoyed struggle to compete for their attention.

I understand that times change and generational differences are constant, but I routinely challenge myself to restore some old-fashion traditions in young people. Fortunately, there are many opportunities to bring youthful participants into my adventures afield.

On April 24, New Hampshire’s youth turkey hunt provided an opportunity for young people to explore this exciting challenge without competing with adults or other hunters.

The season opens early with the ultimate goal of sparking a lifetime interest in a younger generation. For one young man, Cash Rondeau of Chester, this experience provided an exciting day that was the culmination of several weeks of preparation.

A successful hunt for these weary birds is never accomplished quickly. As Cash would learn, he was in for a few weeks devoted to scouting, firearms instruction, learning about safe, ethical hunting, and, eventually, an early-morning turkey hunt.

As with any hunt, success depends on an understanding of the biology and behavior of the game being pursued.

New Hampshire has a very healthy population of wild turkeys with an estimated number of over 25,000 birds. They can be found in almost every city, yet choosing where to focus a hunt can be difficult.

For almost a month before the hunt, Cash and his father had been observing flocks of turkeys with males strutting and displaying their perceived dominance. Once March began to warm up and the amount of daylight increased, family groups and aggressive males begin to occupy the same habitat.

Turkeys are prolific breeders and all of the birds that exist in April are involved. Hens will breed in their first year and one-year-old males, called “jakes” are eager to participate but are often out-competed by larger, older males called “toms.”

After careful observation and consideration of breeding behavior, the hunters selected a field not far from home and checked with the landowner to insure permission to hunt. They chose a wood line on the perimeter in which to hide, stay warm and call the turkeys in. Mimicking the vocalizations of these birds is a key component and may be accomplished in several ways. Hundreds of books have been written, thousands of products have been invented, and a million theories exist related to calling turkeys. Very simply stated, a vocalization is done with the hope of luring a male toward what it assumes is a potential female mate or fooling him into thinking that another male is on the prowl.

During the youth turkey hunting weekend, the birds are at their most susceptible because all of the noises that they’ve heard; gobbles, chirps, clucks and yelps have all been legitimate. It is this comfort that brought a big male within shooting distance for Cash and his dad.

Before long, their hard work had paid off and Cash harvested his first turkey. Later, over breakfast, he recalled the details of his hunt like an accomplished outdoorsman. Despite being a little sleep-deprived, he asked to celebrate by going fishing — a kid after my own heart.