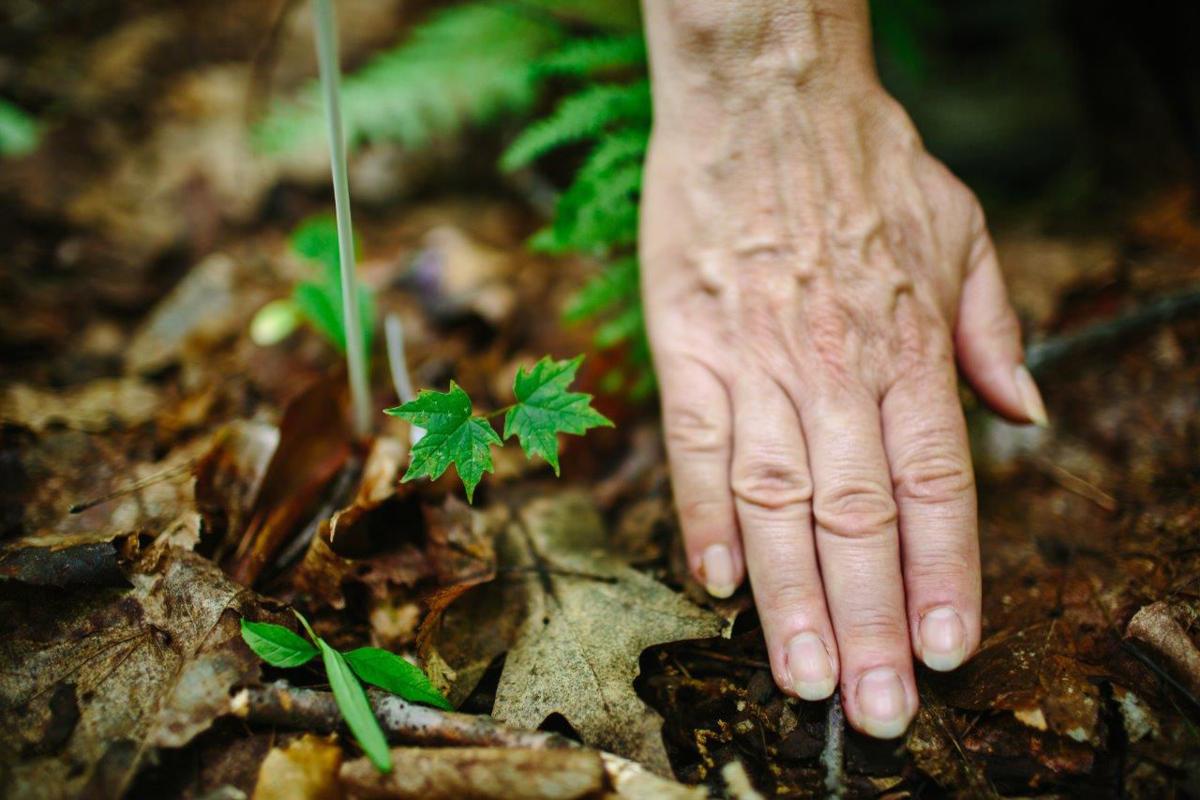 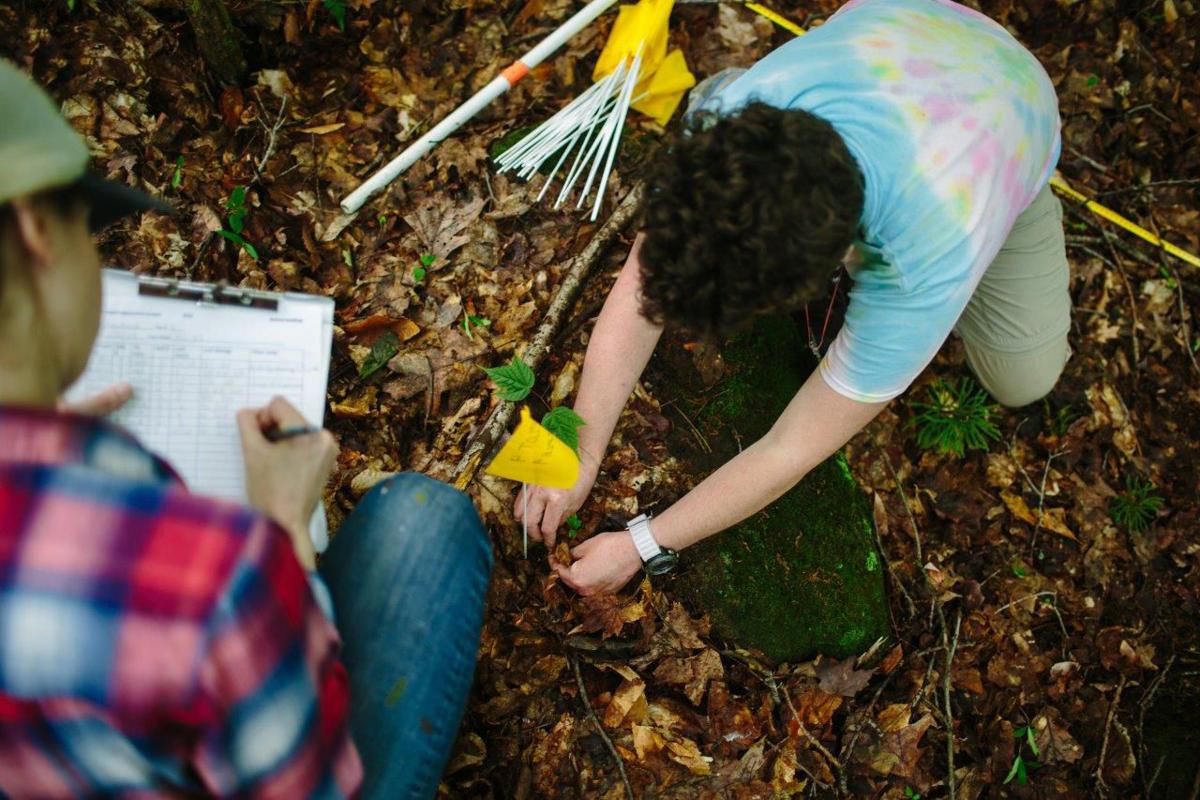 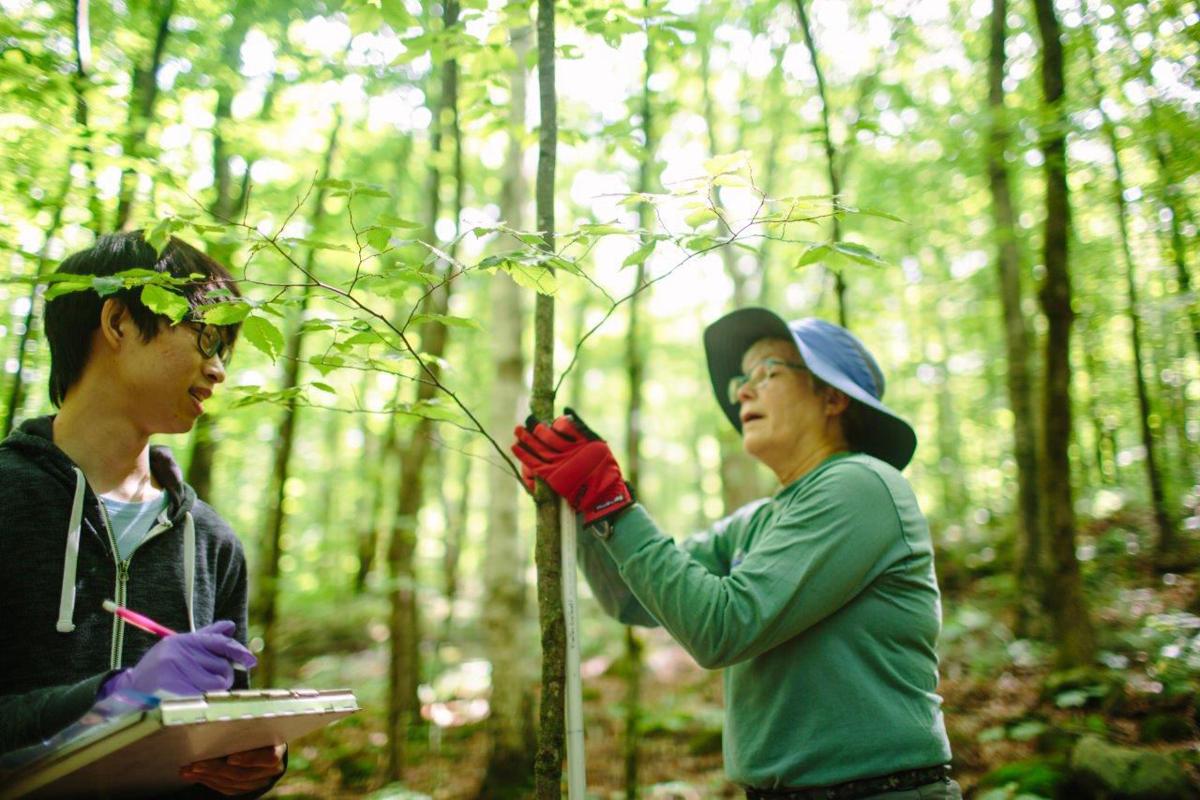 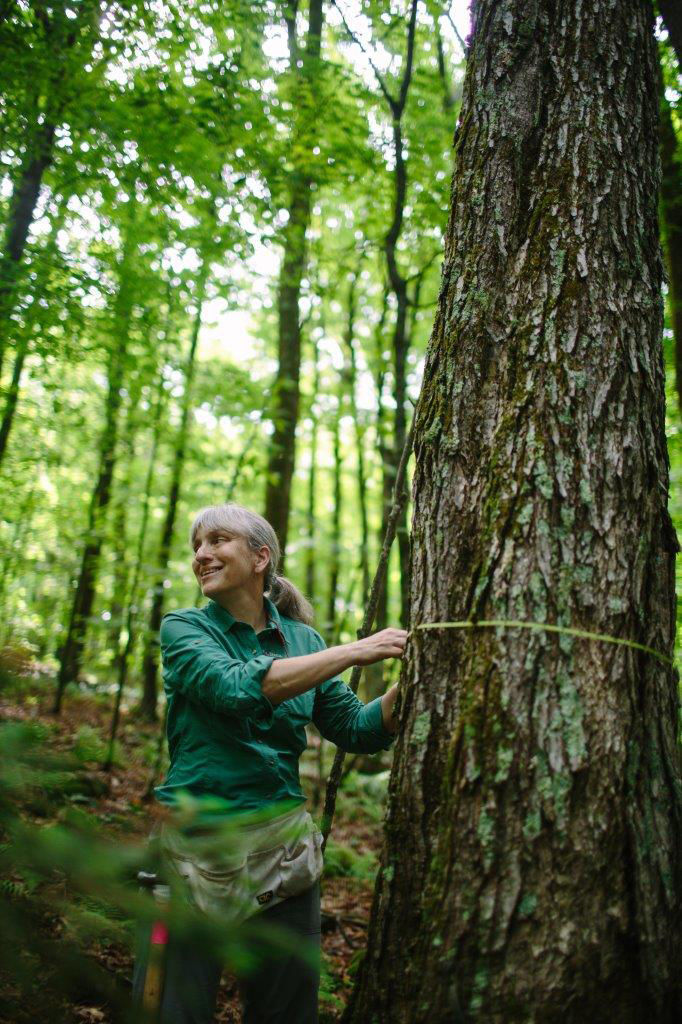 Cleavitt is an ecologist with Cornell University who works primarily at Hubbard Brook Experimental Forest in Woodstock, N.H., where long-term research first documented a decline in growth rates of mature sugar maples, followed by elevated mortality in these trees.

The decline was linked to soil acidification from acid rain, which both leaches calcium (an important plant nutrient) from the soil and mobilizes aluminum (a toxic element).

In the early 2000s, Hubbard Brook ecologists began looking at sugar maple seedlings in the same forest, comparing them to seedlings in another area in which calcium had been carefully returned to the soil to match preindustrialization levels. What they found was that sugar maple seedling survival in the untreated forest was three times lower than in the treated area, and everything from seedling leaf size to chlorophyll concentrations were significantly lower as well.

In simpler terms, they found that the tree that draws tourists to our state with its incandescent foliage, slathers our waffles in delectably sweet syrup, and provides beautiful raw material for fine furniture and flooring, may be having trouble reproducing.

Sugar maples don’t produce seedlings every year. Like other “masting” tree species, their seed production is highly variable by design. Sugar maples might not produce seeds one year and then follow that up with a synchronized bumper crop the following year. This reproductive strategy ensures that the number of seeds produced exceeds the capacity of seed-eating animals scavenging for them.

Even in a good sugar maple mast year, which may happen only every three to 10 years, seedling survival is not high. Research at Hubbard Brook has shown that only about 30% of germinated “sugar babies” typically survive their first year, and Cleavitt and her team have witnessed worse than that. Following some mast years, entire seed crops have perished in their first season.

The causes of seedling failure include soil acidification as well as increased insect and fungal invasions, climate warming and competition from the American beech, another common northern hardwood tree.

While soil acidification caused by acid rain may be slowly improving thanks to decades of air pollution control measures, the recovery of soil calcium will only occur on a geologic time scale from rock weathering.

Factors such as insect pests and those caused by climate warming are likely to get worse in the near future.

“Snowpack is extremely important for sugar maple health,” Cleavitt says. Without the insulation provided by snow, cold temperatures easily kill the fine roots responsible for uptake of minerals and water.

Elevated spring temperatures can also be an issue without snowpack, as Cleavitt observed in 2012 when a spell of 80-degree-plus days before trees had leafed out killed 100% of the previous year’s mast crop. “The heat on the unshaded ground fried all the seeds before they could get their radicles, baby roots, into the soil,” Cleavitt explains.

“Even when a seedling survives a snow-free winter,” Cleavitt notes, “it’s at a disadvantage because it has to invest a lot of carbon to regrow those fine roots in the spring. That’s carbon it won’t be putting into other growth.”

Birth of a project

In 2018, New Hampshire’s sugar maples had a good mast year. Cleavitt was interested in expanding her research to see whether the sugar maple regeneration failure she’d documented at Hubbard Brook was happening on a wider geographic scale. “The timing was right,” she says. “I’d waited almost a decade for this seed cohort and didn’t want to let it slip by.”

Through a connection fostered by the Hubbard Brook Research Foundation (HBRF), she partnered with the Forest Society to tap into its reservations of forested land in all corners of the state and the army of engaged volunteers who steward those forests. The Sugar Maple Regeneration Citizen Science Project was born.

The teams spent the summer measuring and tagging trees, taking soil samples, and of course, marking and recording the condition of nearly 1,200 sugar babies.

The individual seedlings will be tracked over many years to see how they fare, and additional seedling generations will be added as future mast years occur. Cleavitt hopes to add additional study sites over time, as well as to involve high school students and teachers.

Volunteers appreciated the project’s “embedded researcher” model of fieldwork, which meant that Hubbard Brook researchers as well as Cornell undergraduates were working alongside citizen scientists at all times, providing guidance and being available to answer technical questions as well as expound on big-picture inquires.

“I loved looking at the woods in a more disciplined way, rather than just strolling through and enjoying it as I usually do,” said volunteer Dave Heuss.

Blaine Kopp, another citizen scientist, agreed that a deeper understanding of the science resulted from having regular access to researchers.

“So much was unexpected about the research,” Kopp says. “I was constantly prompted to ask more questions; and it was great to have people there who could answer them.”

The researchers, for their part, were impressed with both the Cornell students and the volunteers’ dedication and attention to detail. “We wanted to help people engage in real science,” Thorne says. “I was amazed at the caliber of the volunteers and their diverse backgrounds. It’s just a great, highly qualified group.”

The inaugural year of the project also included making community connections with those managing northern hardwood forests in New Hampshire.

Two field visits were held in Cornish and Bethlehem, to which local landowners, foresters and sugarmakers were invited to learn about the research and share ideas about the future of sugar maples in New Hampshire.

The data collected in the Sugar Maple Regeneration Citizen Science Project’s first year are nowhere near complete enough to make predictions about whether the findings at Hubbard Brook will be corroborated in other areas of the state, but they do offer some tantalizing tidbits to mull over.

Seedling leaf damage from insect and fungal pests increased from south to north in 2019, with the northernmost site, Kauffmann Forest in Stark, recording the worst leaf damage. Will these northernmost seedlings have a lower survival rate over the winter?

These are just a few of the questions that researchers and citizen scientists will be considering this spring, eagerly waiting to discover what transpires on the Forest Society study plots as they watch the sugar babies grow.

The Sugar Maple Regeneration Citizen Science Project is a partnership between the Forest Society, Hubbard Brook Research Foundation, and Cornell University, and has been generously supported by grants from USDA NE Climate Hub, Cornell University Office of Engagement Initiatives, and the National Science Foundation.