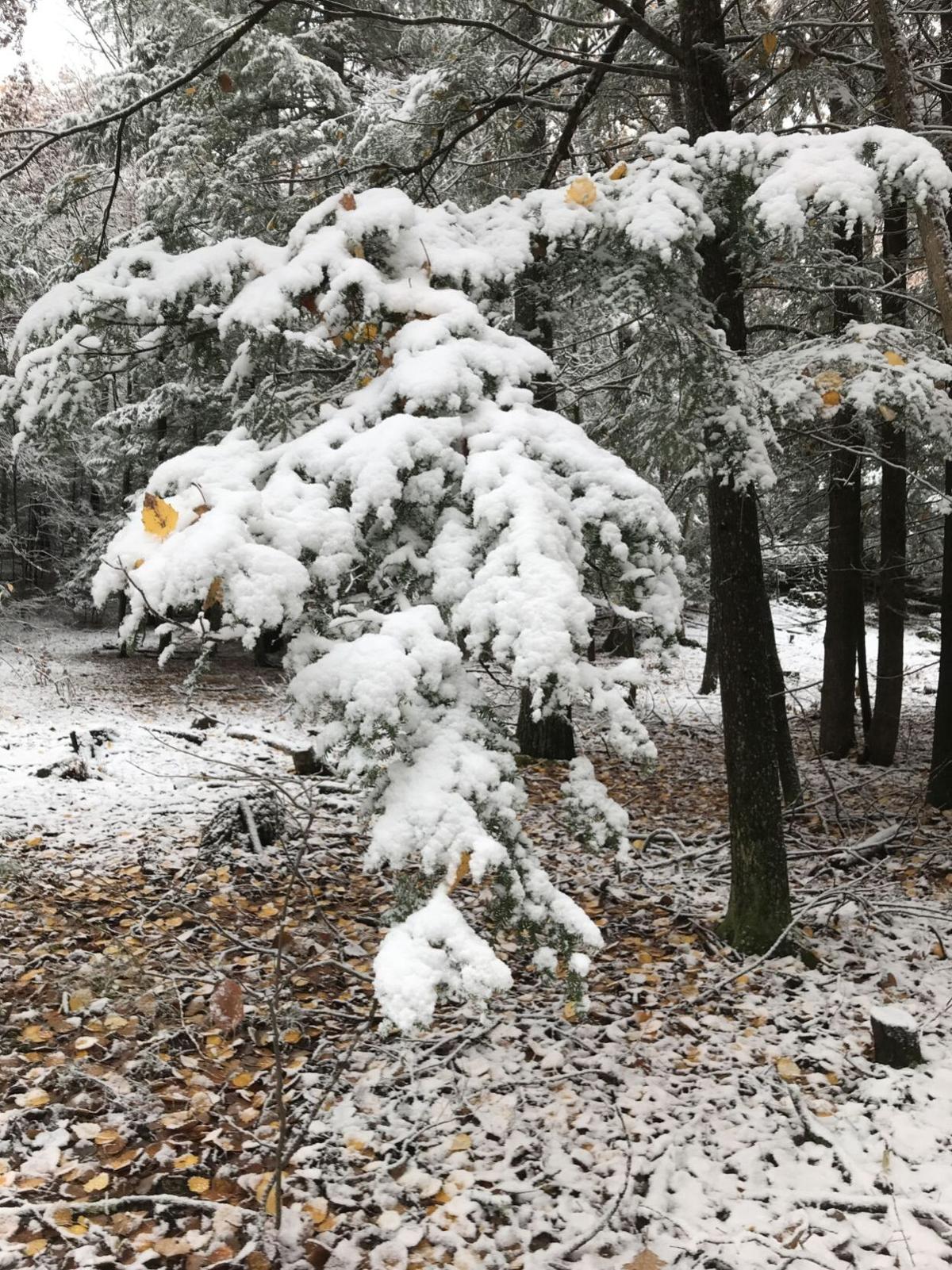 A few bright yellow poplar leaves stand out from a snowy hemlock bough after a late-October snow. 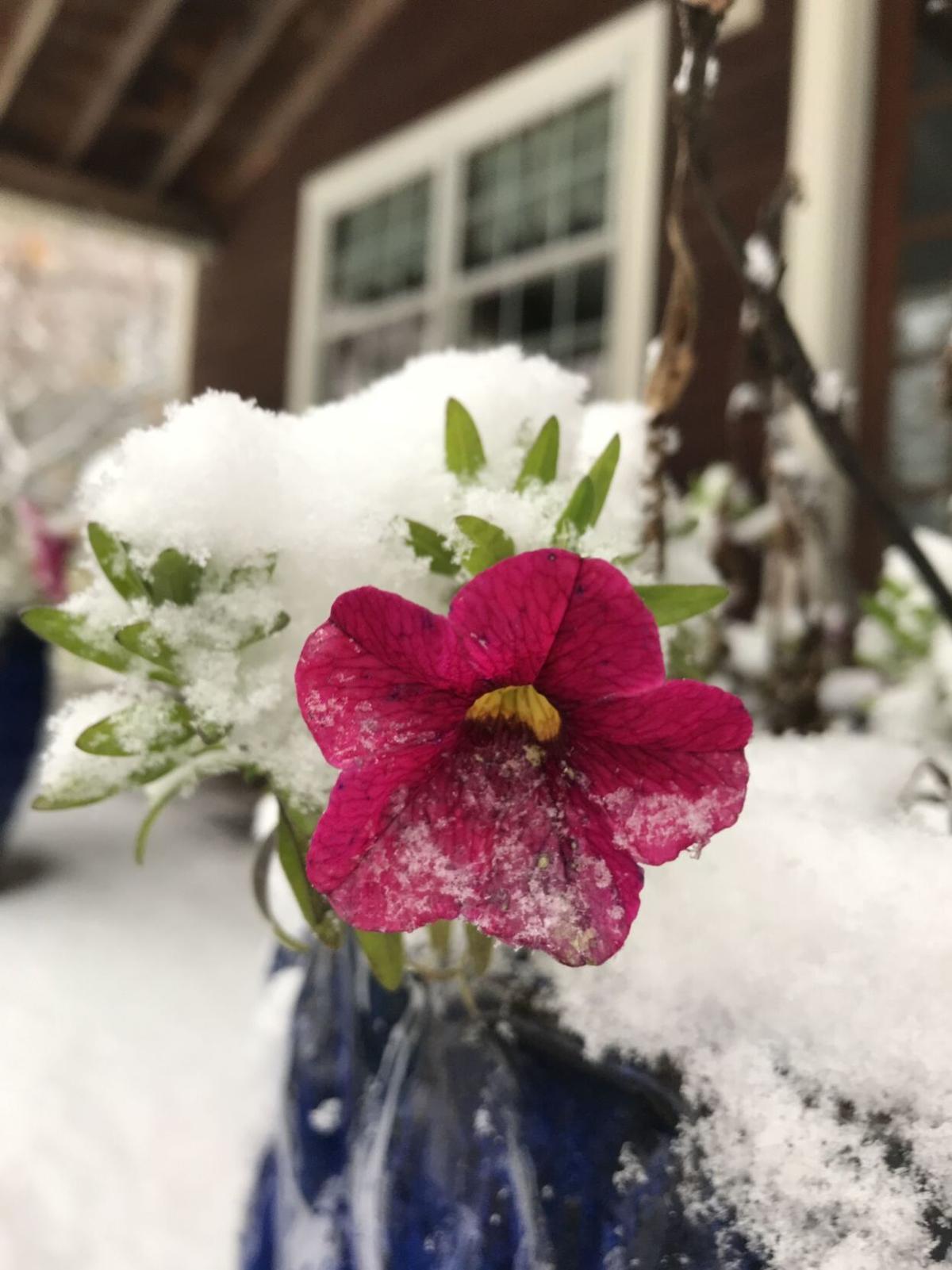 The early snowfall in late October made the the remaining colors of summer — like green lawns and this petunia — seem that much brighter. 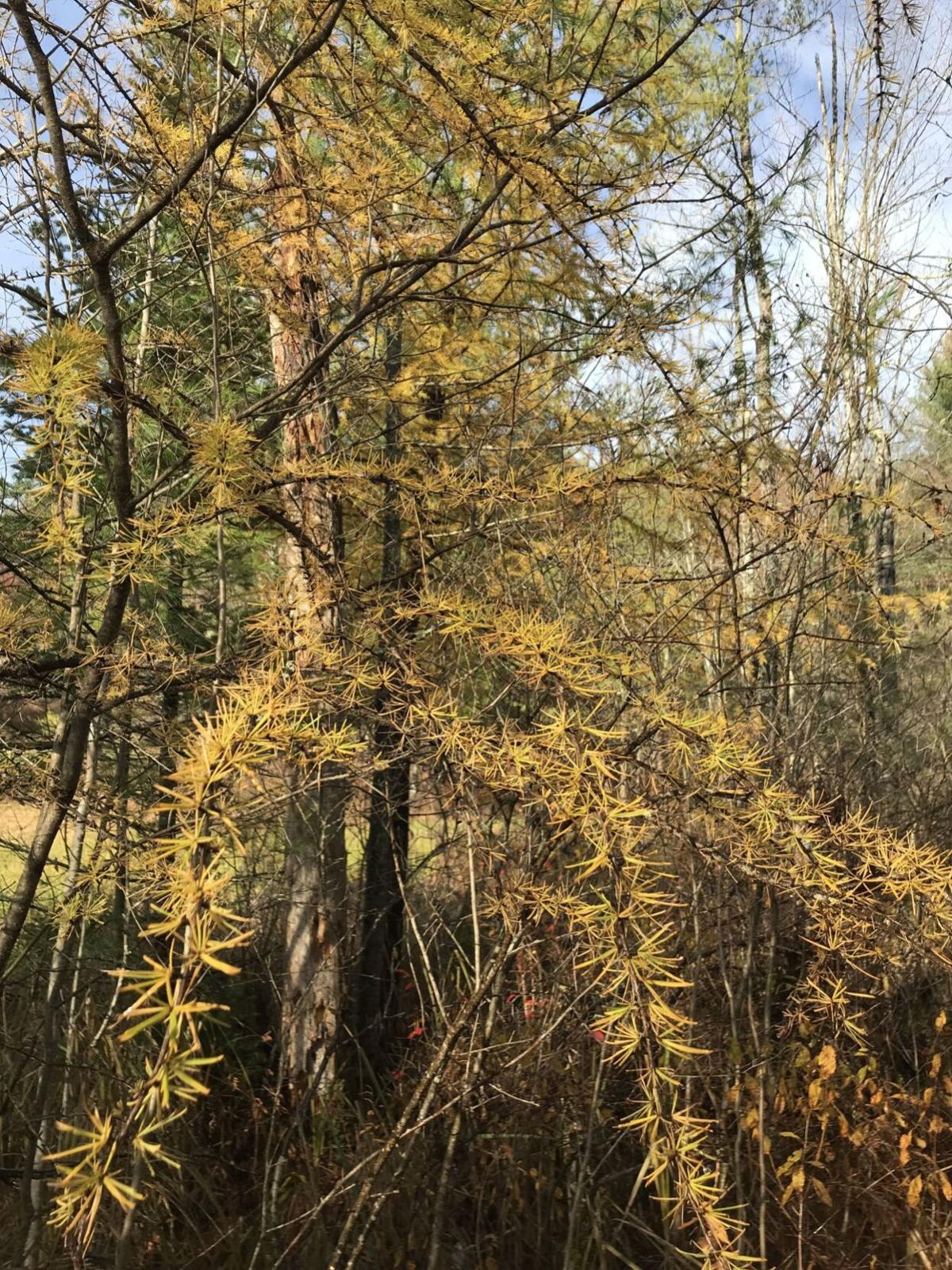 The tamarack is a rare breed — a deciduous conifer, which drops its needles in winter after a show of bright autumn yellow. 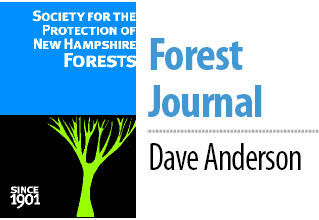 New Hampshire’s changing weather and scenery drive the state’s tourism economy and its collective mood swings. Beyond the recent tumult of politics and pandemic, the forest offers an antidote: a sense of place, personality and yes, poetry.

By November, the riotous foliage tapestry is torn. “Past peak” — ouch. The fall-back from daylight saving time ushers in a unique November mood that follows Halloween into weeks of low-angle, slanting sunlight and pink-tinged clouds at dawn and too-early dusk by late afternoon. Mild autumn weekend mornings perfect for finishing pre-winter chores may be punctuated by days of wind-driven snow squalls.

My sorrow, when she’s here with me,

Are beautiful as days can be;

She loves the bare, the withered tree;

She walks the sodden pasture lane.

Her pleasure will not let me stay.

She’s glad the birds are gone away,

Is silver now with clinging mist.

The faded earth, the heavy sky,

The beauties she so truly sees,

She thinks I have no eye for these,

And vexes me for reason why.

Not yesterday I learned to know

The love of bare November days

Before the coming of the snow,

But it were vain to tell her so,

And they are better for her praise.

One unique conifer loses all its needles in autumn — the tamarack, aka “larch” or more colorfully, “Hackamatack” in Maine. It glows brilliant yellow for a week each November. Its preferred habitat is wetlands, bogs and wooded swamps. A contrary-wise rebel in the evergreen clan, tamarack is a deciduous conifer, dropping its needles before winter.

Late foliage season — after the fall — is still beautiful with colors and textures more subtle and nuanced. Upland oaks and beeches retain their leaves. Red oak, white oak and beech leaves rattle in the wind sporting shades of russet, rust and coppery brown. The “past peak” leaves contrast the dark-green hemlocks and pale green of White Pines all of which are ripe with second-year cones this autumn.

Oaks and beech trees are relative newcomers to New England, first appearing in the post-glacial pollen record of peat bog cores just 4,000 years before present. Their tendency to retain leaves is due to a slower process of forming a corky “abscission layer” at the base of leaf stems and belies relative newcomer status. It takes centuries to learn to prepare for winter. Ask any old-timer.

Autumn, taking one step back during this mild weekend, will leap ahead all at once with wind-driven white when the next light snowfall arrives statewide.

Again, Robert Frost offers a view into the psyche of approaching winter:

”Always the same, when on a fated night

At last the gathered snow lets down as white

As may be in dark woods, and with a song

It shall not make again all winter long

Of hissing on the yet uncovered ground,

I almost stumble looking up and round,

As one who overtaken by the end

Gives up his errand, and lets death descend

Upon him where he is, with nothing done

To evil, no important triumph won,

More than if life had never been begun...”

It felt that way when the first real dusting of snow — a half inch or more — coated lawns and some roads across New Hampshire last week from the Monadnock Region north and east through the Lakes Region and lingering overnight in the White Mountains. The first snowfall transforms the forest overnight to a stark black and white landscape painting where boughs bend gracefully and fine details of the forest floor are erased.

Winter isn’t negotiable. First snow is a milestone and a stark reality check. Children play at catching snowflakes on their tongues or packing and hurling a first snowball. And though beautiful, it’s a shot across the bow for those unprepared. There’s no denying the need for boots, coats, hats and gloves. Pragmatic and stoic adults are concerned with new realities and practicalities. It’s suddenly time for snow tires, ice scrapers, shovels and roof rakes.

The first snowfall is generally quick to melt, a familiar fire drill which arrives weeks before the final curtain falls on autumn in December.

”...Yet all the precedent is on my side:

I know that winter death has never tried

The earth but it has failed: the snow may heap

And I shall see the snow all go down hill

In water of a slender April rill

Nothing will be left white but here a birch,

And there a clump of houses with a church.”

But it’s far too soon to dream of springtime now — unless you’ve already had more than enough of 2020?

Naturalist Dave Anderson is senior director of education for The Society for the Protection of New Hampshire Forests. Contact him at danderson@forestsociety.org. Forest Journal appears monthly in the Sunday News.