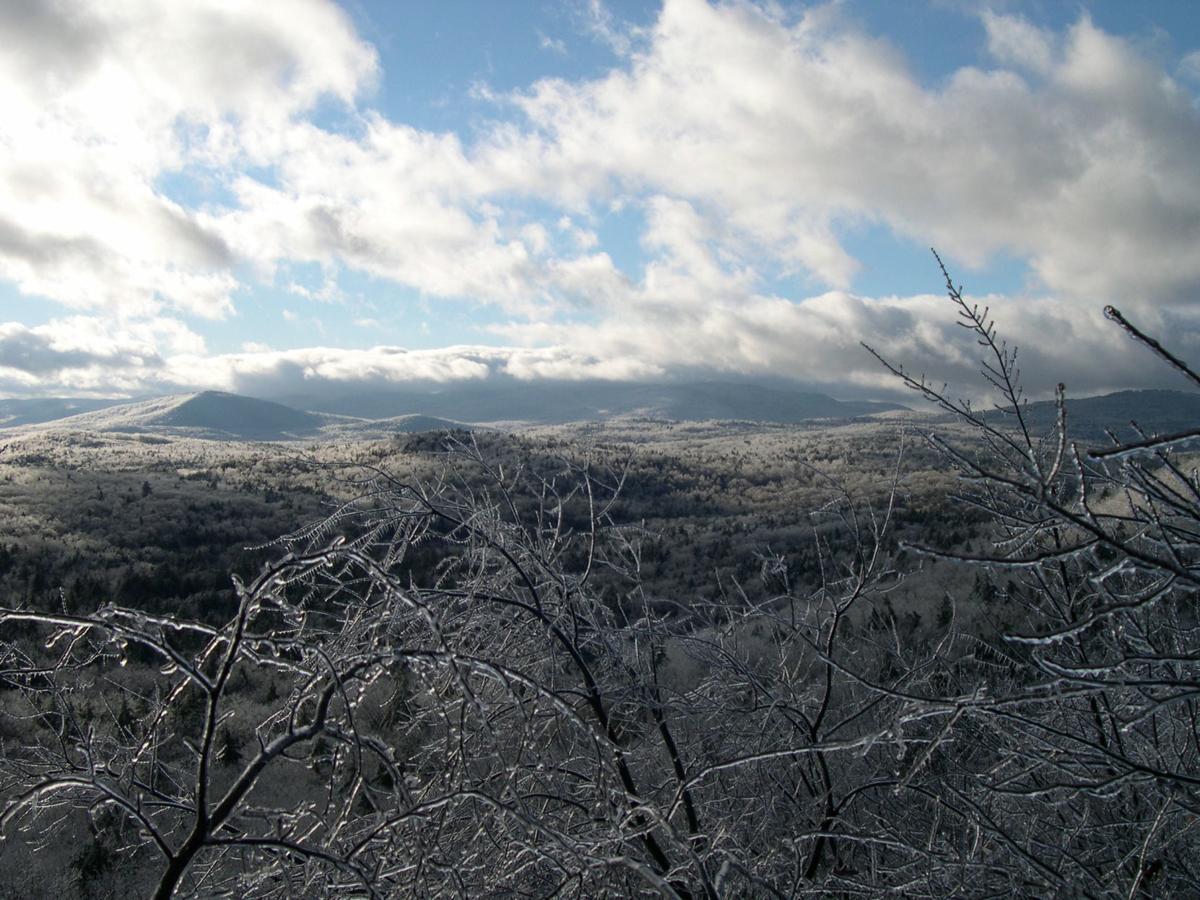 When it comes to winter, not all trees in the forest are created equal. 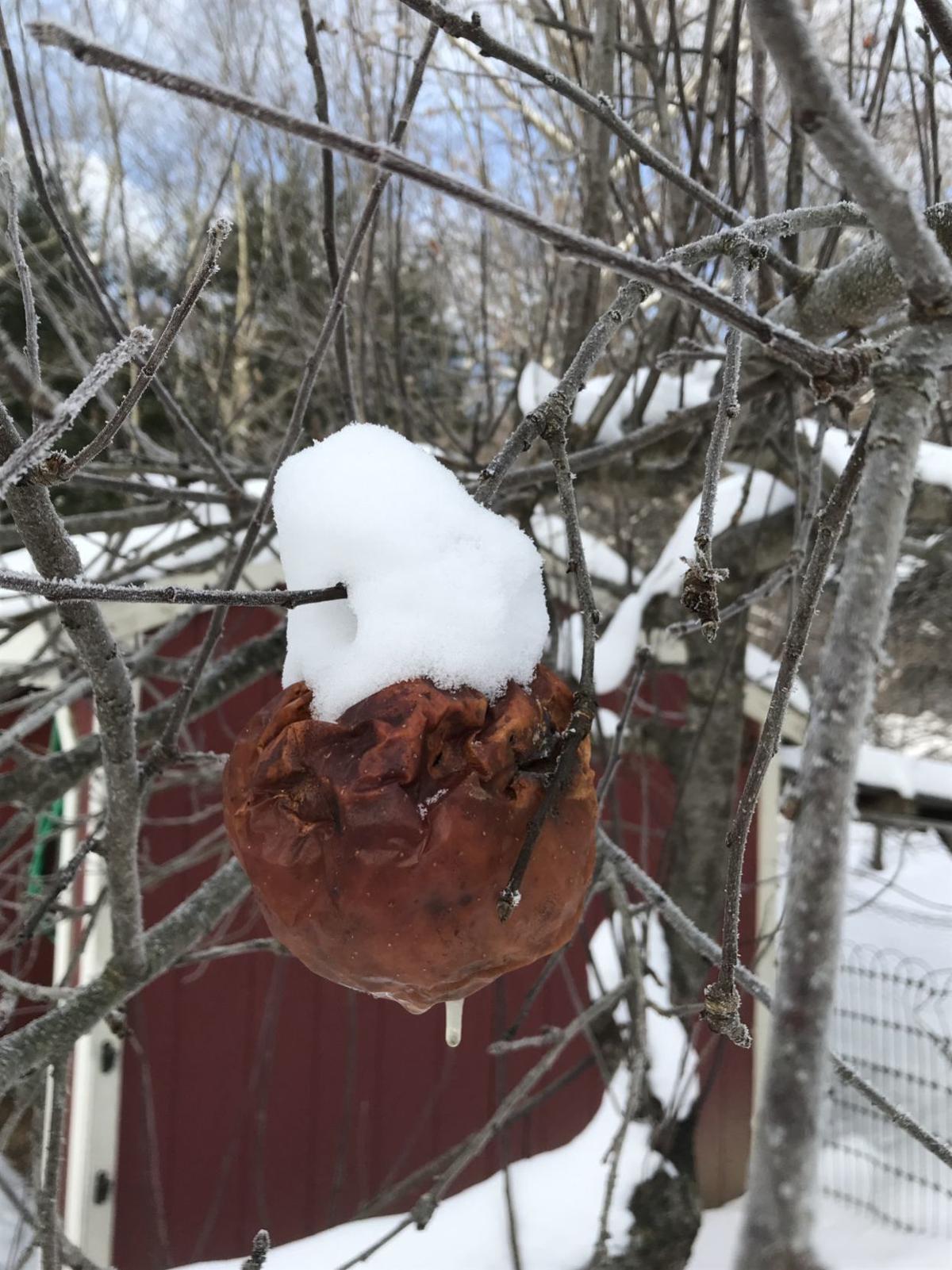 The leftover fruit may shrivel in the cold, but apple trees (and pears) are very hardy against tough winters. Pruning to maintain a proper scaffold of branches helps to protect against broken limbs. 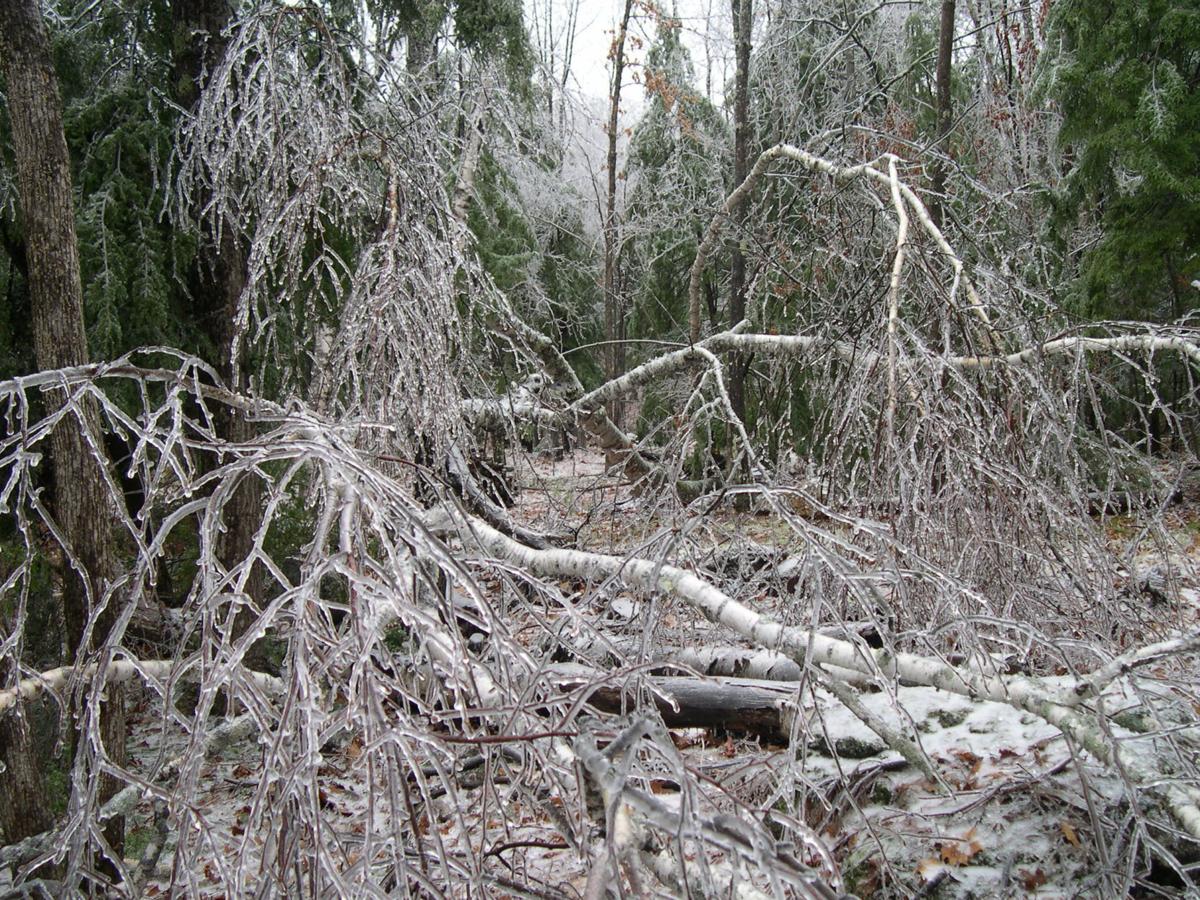 Ice is a problem for most trees, but some are better able to recover than others. Birches, seen here, are likely to bend and never spring back from a heavy coating of ice. 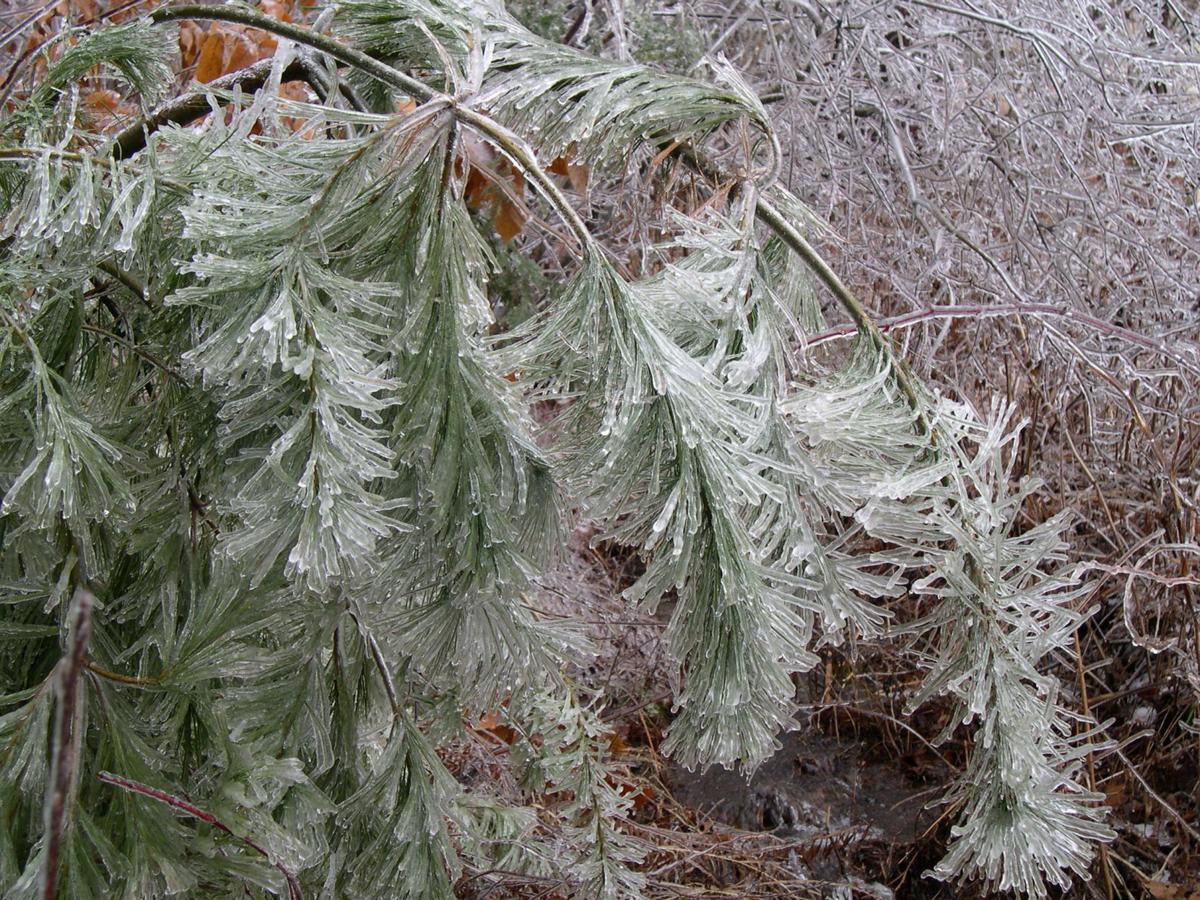 Pines and other conifer evergreens are resilient under heavy snow loads, with branches folding like an umbrella to shed the snow and then springing back to normal. Ice makes that process more difficult.

Winter precipitation can include heavy, wet snow or freezing rain and trees must endure it. Despite what sci-fi or fantasy authors might imagine, trees can’t lumber away to a more hospitable climate.

Some trees are simply better adapted than others. The same can be said of New Hampshire’s human residents.

So just how do trees survive harsh northern winters?

Like any living thing, trees have adapted over time to deal with the wide range of environmental conditions thrown their way, including freezing rain, ice or heavy, wet snow. Trees that are not adapted to survive periodic ice loading simply don’t live here. Southern trees struggle to survive in northern climates. Trees that lose their leaves entirely or feature thick waxy coatings over thin fine needles compete more successfully than broadleaved evergreens like laurels or rhododendrons.

Some cone-bearing trees like pine, spruce and hemlocks fold their branches to shrug off snow. Conifers’ limbs tend to flex to release snow loads and spring back upward. Other trees, like red and white oaks or sugar maples, stand rigid and inflexible.

Broad-beamed mature oaks and maples exhibit a lower scaffold of heavy stout branches, an architecture less prone to breaking. On the other hand, supple upper branches with narrow “v-shaped” crotches of beech and red maples tend to break apart under heavy ice loads, dumping wreckage onto roads and lawns and powerlines.

Trunks of white birch — aka “paper birch” — famously bend under the weight of ice and may remain bent forever. White birch is our official state tree — what does that say about our state? I like to think we endure adversity, persevere and continue to grow, even if afterward we exhibit a kind of bent look ourselves from decades of northern winters.

Our northern deciduous trees lose their leaves in winter as a means of survival. Broad, flat leaves with tiny pores leak moisture. During spring, summer and early fall, this drives the upward movement of water from soil into the atmosphere via transpiration. In winter, when water is frozen in the soil, plants losing water through their leaves would quickly dry out in the cold. Shedding leaves is primarily an adaptation to cold temperatures to avoid drying out, but the reduction in surface area of bare branches also limits the potential to carry the excess weight of accumulating ice and snow, which would lead to more broken branches.

We see more tree damage during early snowstorms in the late autumn when trees still have some leaves. A heavy, wet snowfall at higher elevations during the “Halloween Surprise” storm hit deciduous trees harder than any comparable heavy snowfall in January.

Some New Hampshire tree species tend to retain their leaves into early winter, particularly when they are young. Botanists call these trees “marcescent.”

The ancient relatives of oaks and beech trees originated in the tropics. Some scientists speculate they haven’t lived in the north long enough to respond as quickly to the autumnal fading light and colder temperatures, cues that it is time to shed their leaves. Northern trees that have been here for relatively longer time periods — birches, poplars, red maple and ash — have adapted and lose leaves quickly. Later arrivals — oaks and beech — have not. They exhibit their tropical families’ affinities in their propensity to hang onto their leaves into the winter. Other botanists speculate that retained leaves may afford some modest protection to the lower branches from browsing by herbivores like deer and moose.

The more common evergreens in NH include varieties of pine, hemlock, spruce and firs. Conifers retain approximately 80% of their needles each winter. A thick waxy coating helps the needles retain moisture. Yet heavy, wet snow can naturally become an issue.

Evergreen conifers are named for their reproductive “cone-bearing” trait (rather than flowers). It is also true that having a cone-shaped silhouette helps conifer branches to fold down like the ribs of a closing umbrella against the trunk to shed the weight of snow.

Sticky freezing rain is not as easy to shed as snow, so ice builds up even on downward folded limbs that then tear off the trunk or snap. The evergreen advantage in snow does not apply during more-frequent ice storms we now seem to experience. You’ve likely witnessed lawns and roads littered with pine limbs or experienced power outages when ice-crusted limbs contact utility lines.

When it comes to heavy wet winter precipitation, Muppet front-man, “Kermit The Frog” had it right: “It’s not easy being (ever-)green.”

Naturalist Dave Anderson is senior director of education for The Society for the Protection of New Hampshire Forests. Contact him at danderson@forestsociety.org or through the Forest Society’s website: forestsociety.org.