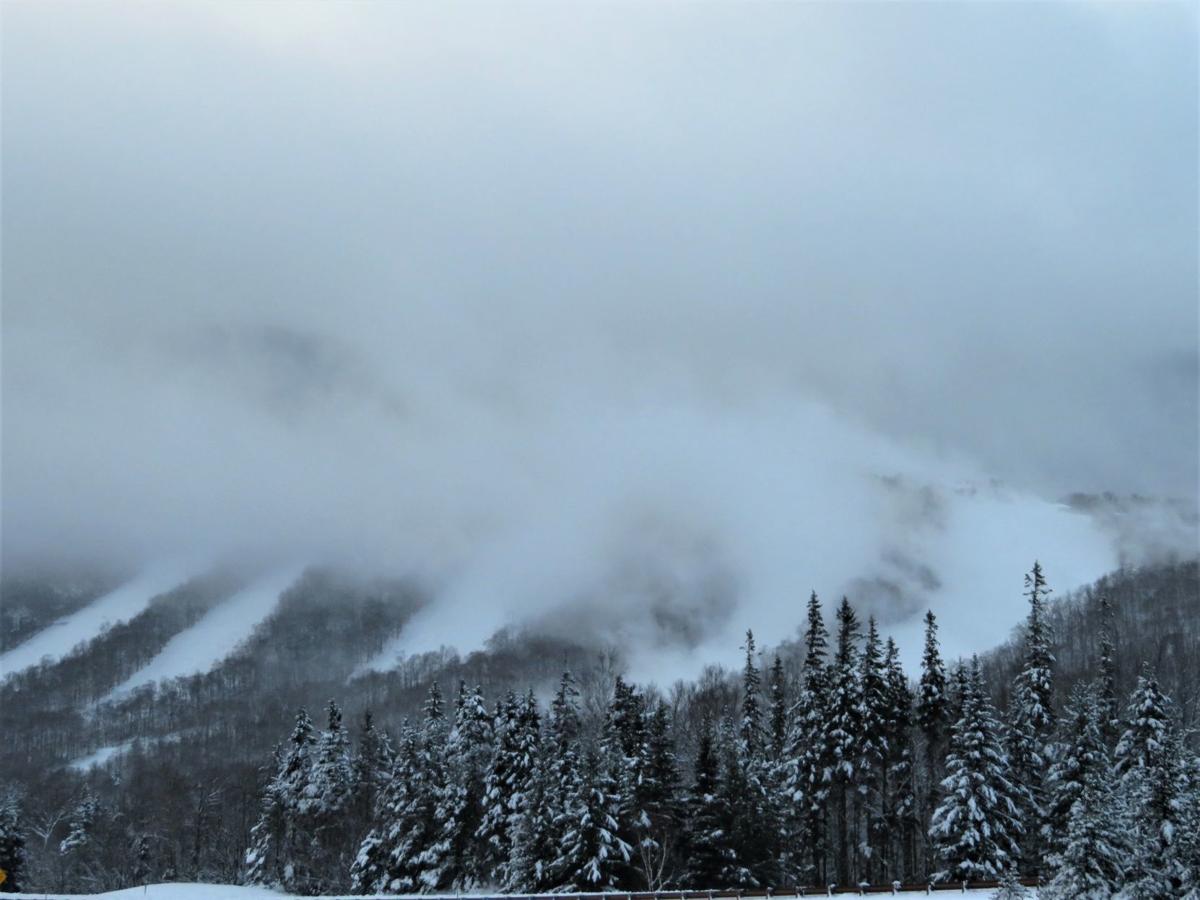 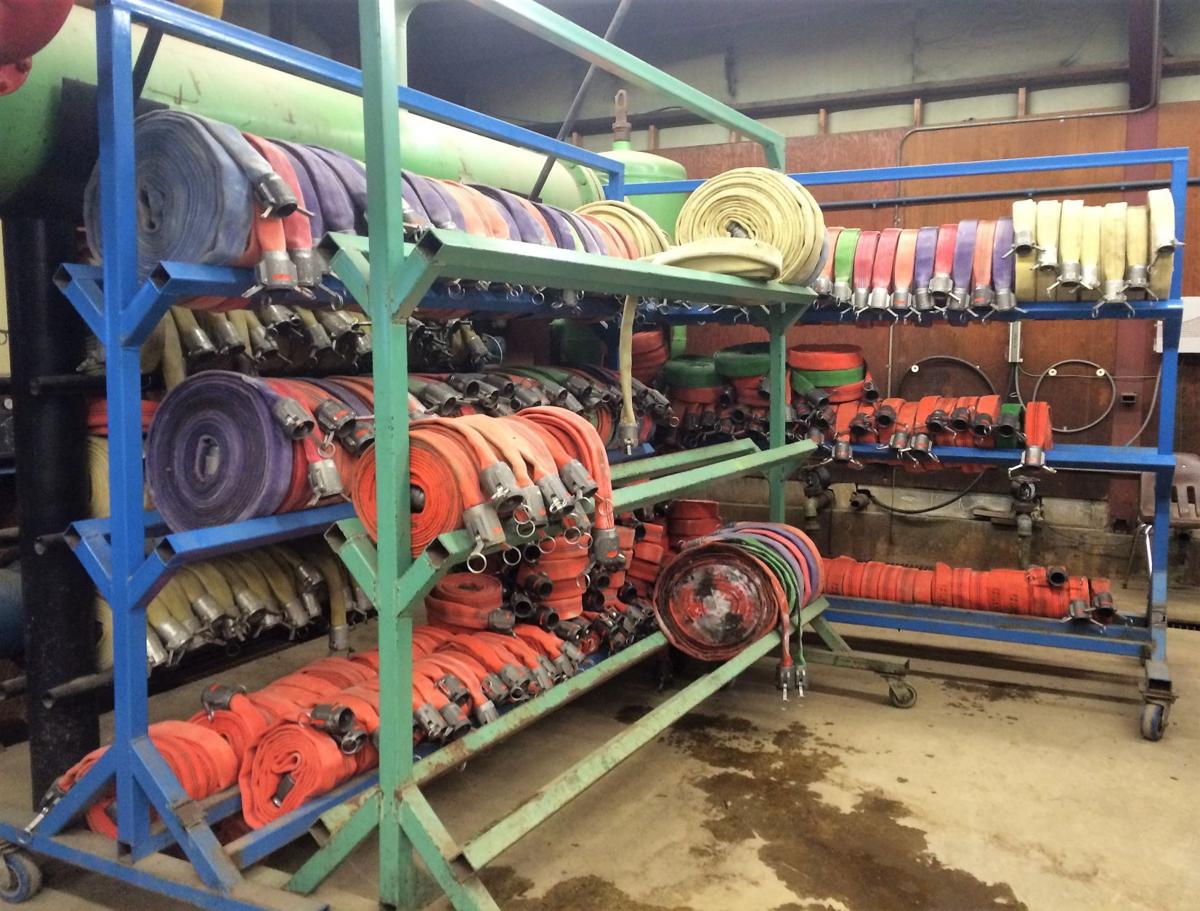 AT LEFT: Snowmaking hoses rolled up and ready at Cannon Mountain’s Snow Base. 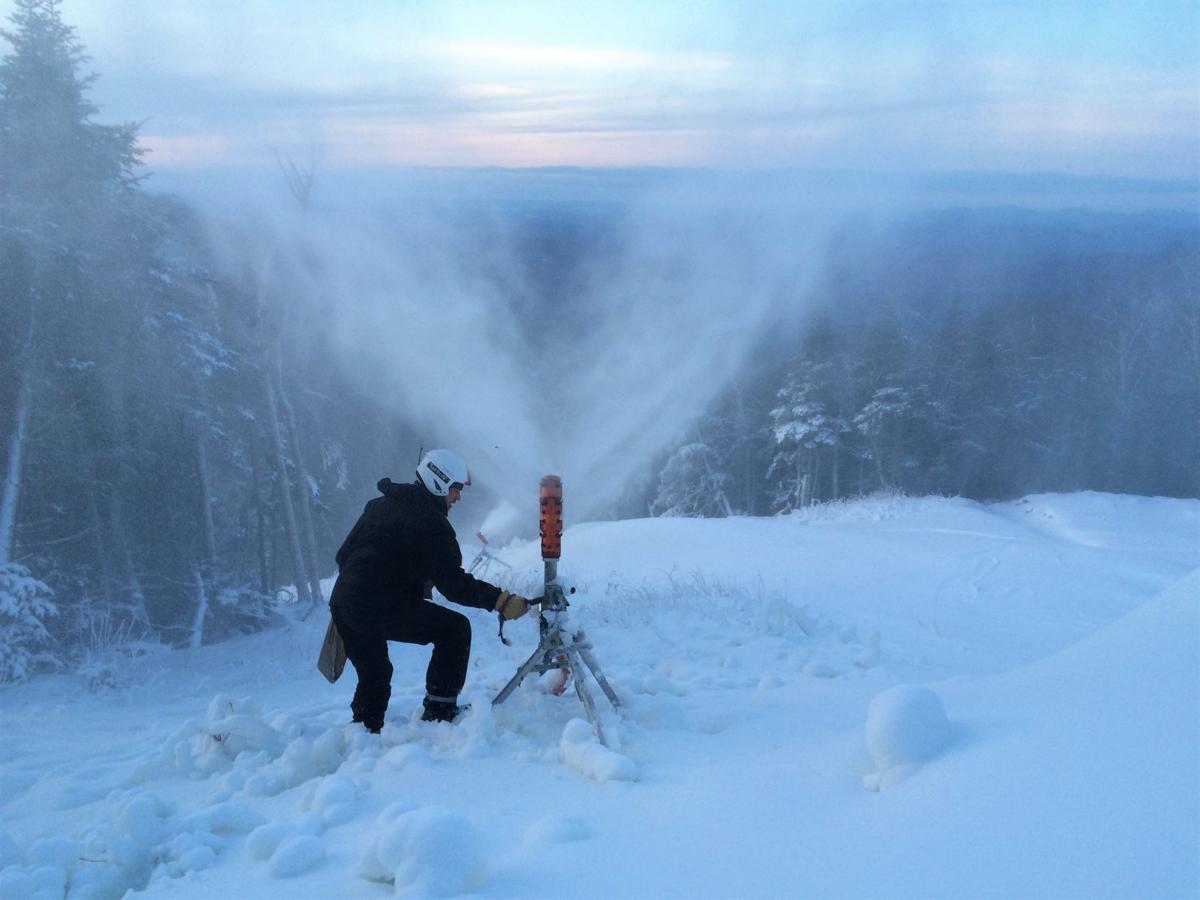 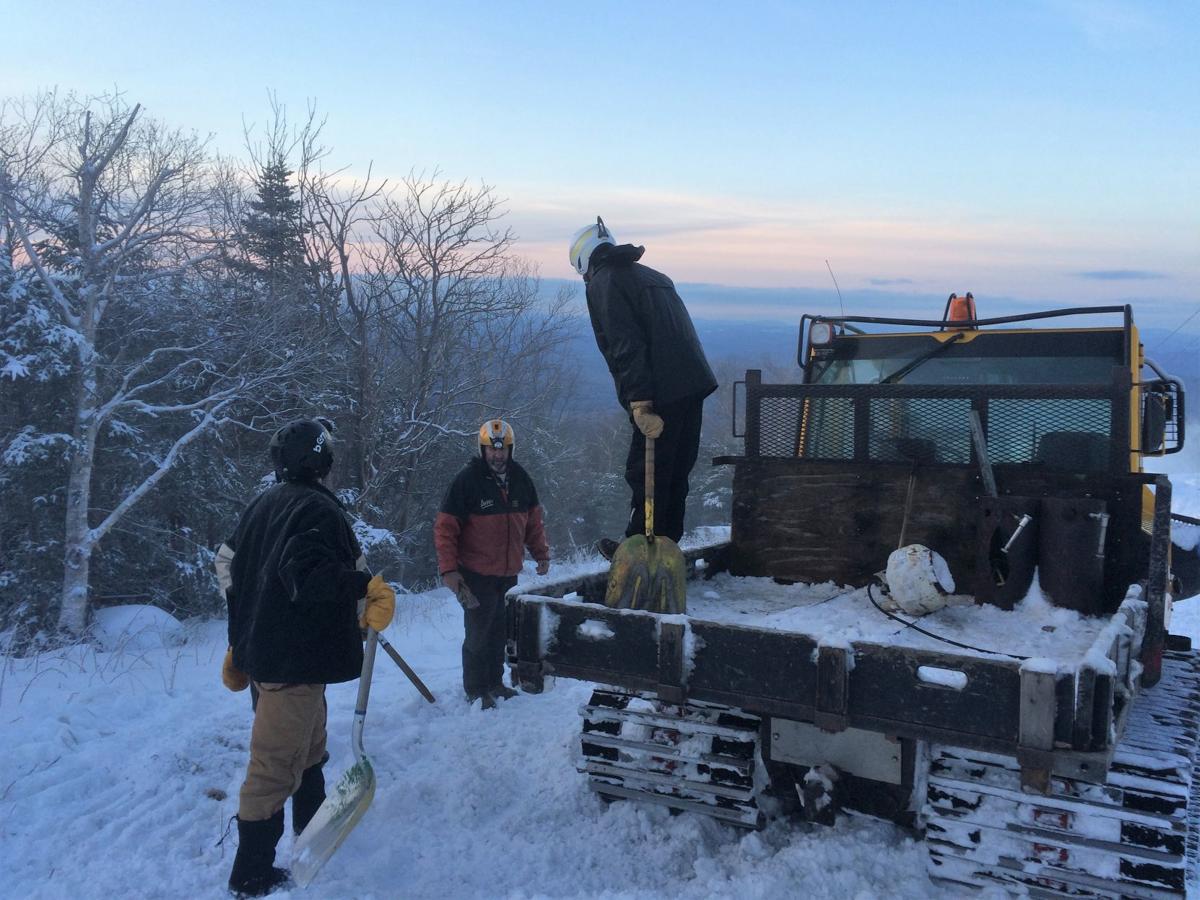 ABOVE: Second-shift snowmaking foreman Richard Hunt (red jacket) gives instructions to the crew as they unload part way up Cannon Mountain for their first “gun run” of the night.

AT LEFT: Snowmaking hoses rolled up and ready at Cannon Mountain’s Snow Base.

ABOVE: Second-shift snowmaking foreman Richard Hunt (red jacket) gives instructions to the crew as they unload part way up Cannon Mountain for their first “gun run” of the night.

The weather got cold in the mountains this week. Cold, like barely nudging above freezing during the day and staying well below each night. Cold, like the guns are blazing. Snowguns, that is. Music to a skier’s ears.

It’s long been a fact of skiing life that ski areas rely on man-made snow to operate. Snowmaking allows areas to open sooner than if they relied solely on the natural stuff, and to stay open more consistently through the season — and hold onto that season well into spring.

But it hasn’t always been this way. The first ski areas to introduce snowmaking in New Hampshire were Mittersill (now part of Cannon Mountain) and Black Mountain in Jackson, which both had snowmaking by the winter of 1958 — in the form of a few rudimentary guns. Most bigger areas had added snowmaking by the 1970s.

Today, snowmaking is a must for a major ski area, and the systems are high-tech compared to those early guns. Snowmaking pipes run the length of mountains, air and water hydrants are planted along the sides of trails, and many miles of hose are employed to make the magic happen.

“You just can’t live without it,” said John DeVivo, general manager at Cannon Mountain. “Certainly, climate change has had a direct impact and has forced us to get more cost effective and more time effective, because you might have a shorter window to make snow. We start making snow when we feel like we’ve got a good window of opportunity to hold onto most of it.”

For many ski areas, including Cannon — as well as Loon and Bretton Woods, which both plan to open today — that window opened wide this week with a cold snap that looks like it will last at least through Thanksgiving Day.

As DeVivo puts it, with the snowmaking investments at Cannon since 2015 (upwards of $3 million for 600 new energy-efficient snowguns), the area can now make twice as much snow using half the amount of energy.

To get a better sense of what goes into making snow, I tagged along with the second shift crew at Cannon the other night. But first, I visited Snow Base, the building that contains the pump house and one group of air compressors — and where snowmakers begin and end their shifts.

The temperature hovered just above freezing while I was there, a bit on the warm side for making snow. So the pumps were bringing in about 2,500 gallons of water a minute from Echo Lake, at the base of the mountain. That’s on the low end. Warmer temps require less water — but more compressed air — to make snow.

While the crew of four guys climbed into the box on the back, I hopped into the cab of the snowmakers’ older snowcat with Richard Hunt, who has been making snow at Cannon for the better part of four decades.

“It’s changed a lot over the years,” Hunt said.

Through all the changes, Hunt has returned each winter since 1978. He loves second shift, which runs from 3-11 p.m., because it leaves his days free for other work — like running his family’s sugaring operation in the spring — and because it’s just a nice time to be on the mountain.

As we bumped along up the work road, a crescent moon rose to the west of the summit, and alpenglow lit the snow-white peak of Mount Lafayette across Franconia Notch.

About two-thirds of the way up the mountain, Hunt stopped the cat, and the guys jumped out of the back, armed with helmets and headlamps, and the snowmaker’s most useful tool: a short-handled hammer used to bang ice off the guns, dig hoses out from the newly made snow, and make other necessary adjustments.

I followed Eli Webb and Stephen Tombarelli as they made their way down the trails, from snowgun to snowgun, knocking ice down where necessary, digging out hoses, and occasionally adjusting the direction of a gun to better lay down the fresh layer of white.

This night was pretty low key, they said, because it was early in the snowmaking season and the weather was calm. Some nights they face temperatures well below freezing and gusty winds, which mean lots of adjustments during each “gun run.”

Despite those harsh conditions and the manual character of the work, these snowmakers find their perks in watching the sunset from the mountain, working through the quiet of nighttime, and getting to test out the snow they’ve made during the daylight hours.

Whether your ski season is already under way, about to start, or comprises a stolen weekend day here and there through the winter, we all have snowmakers to thank for bolstering the efforts of Mother Nature and Father Winter and laying down a carpet of white so we can make turns.