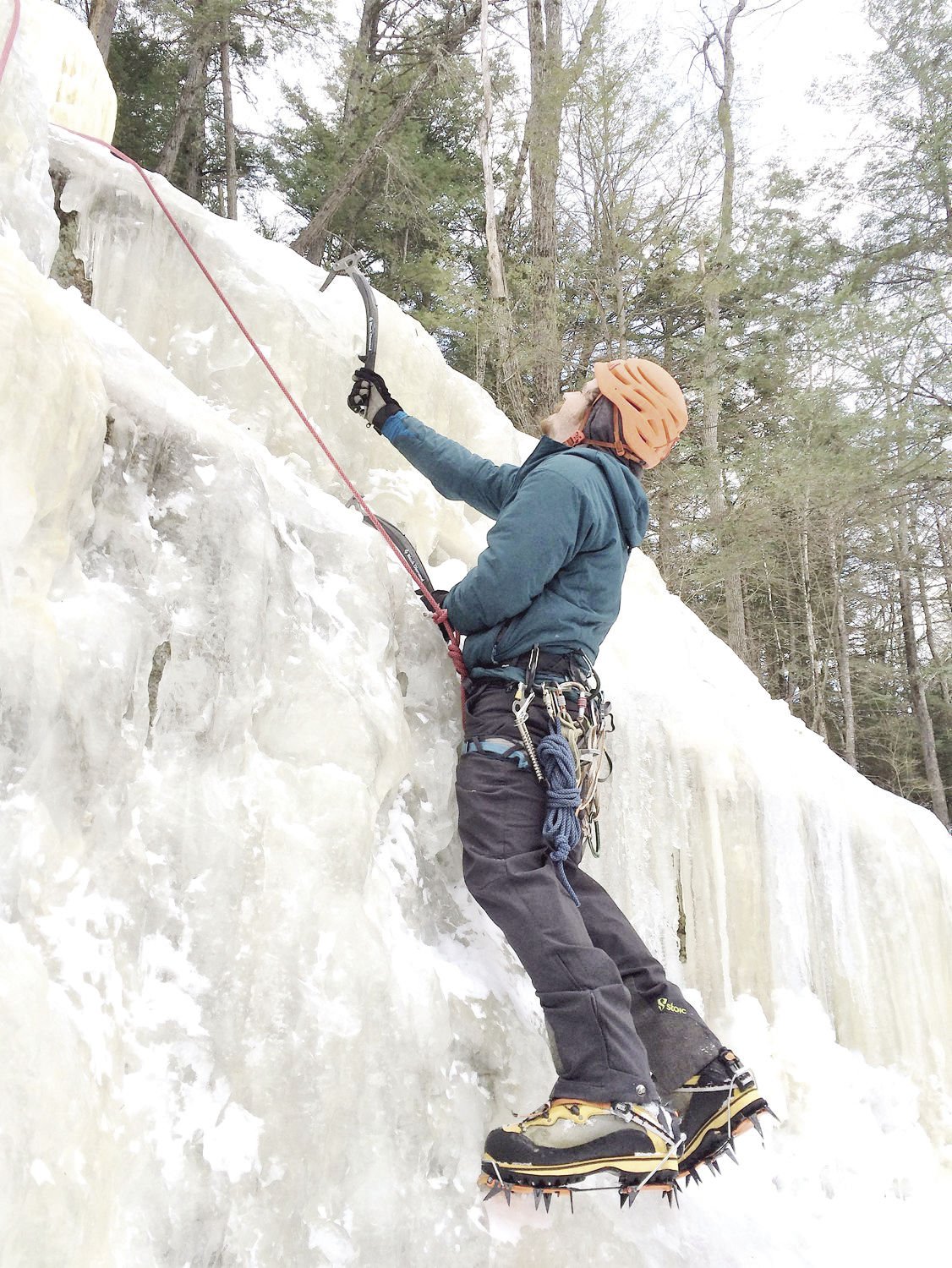 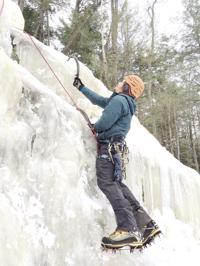 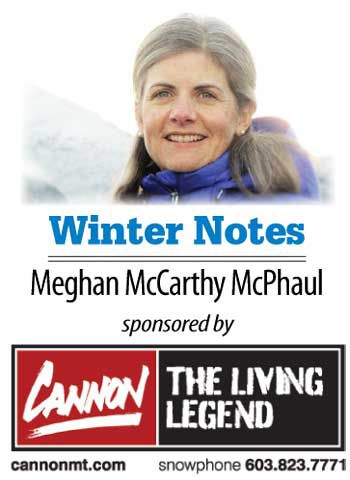 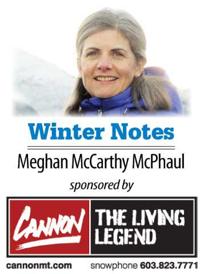 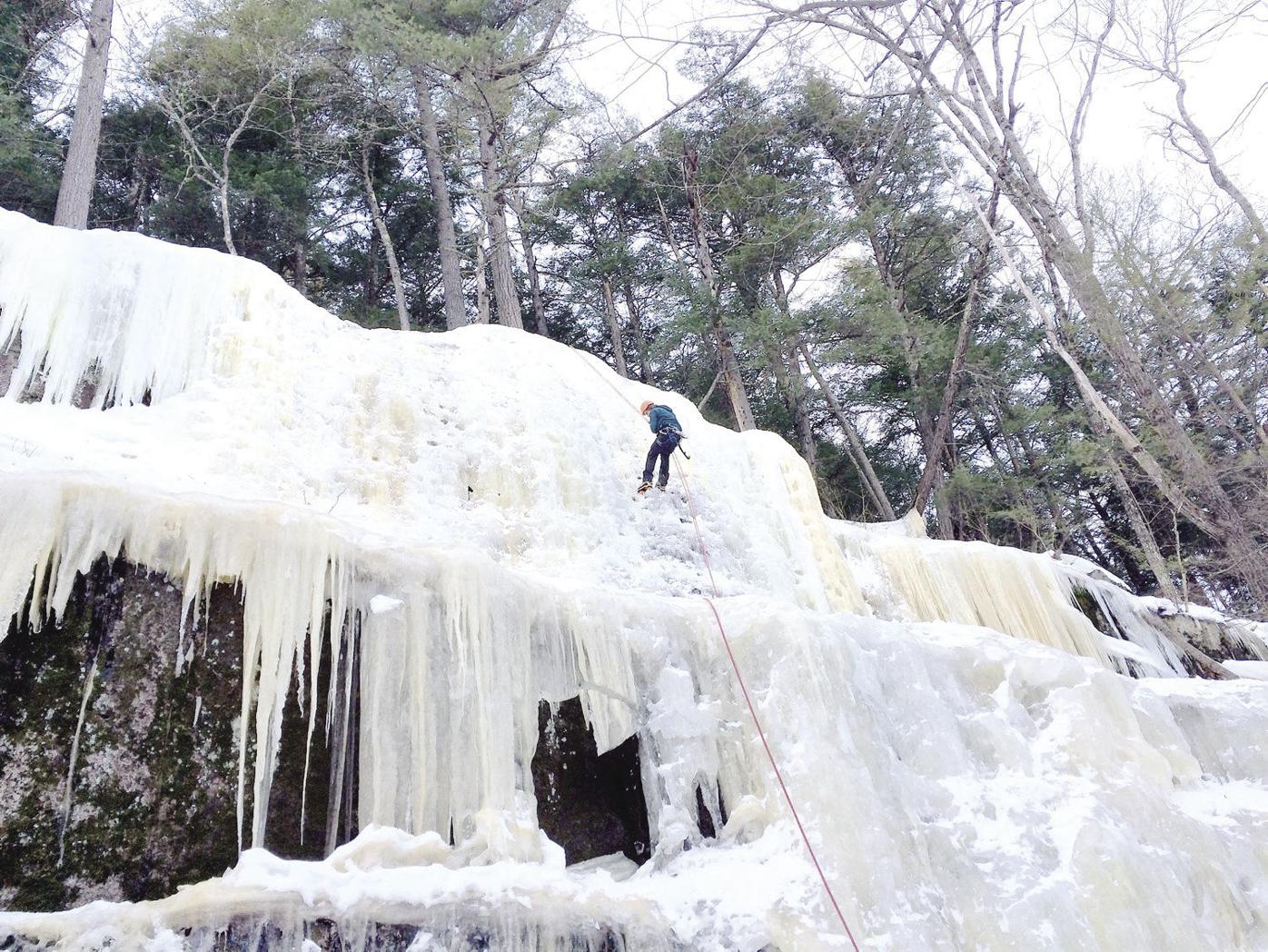 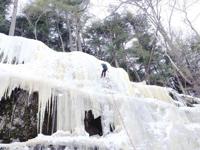 Bergstein rappels down ice at the North End of Cathedral Ledge in North Conway after setting an anchor at the top of the climbing route. 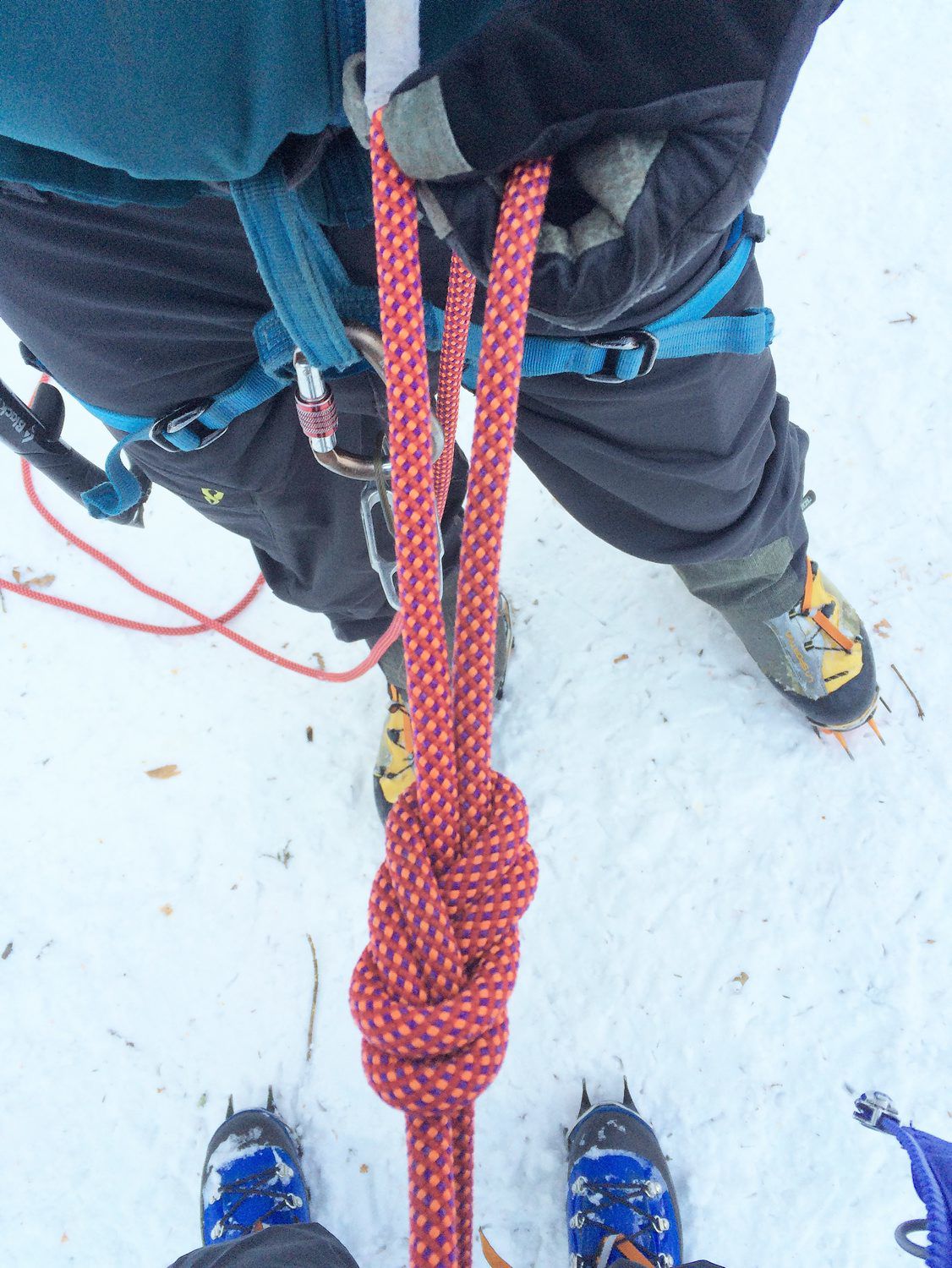 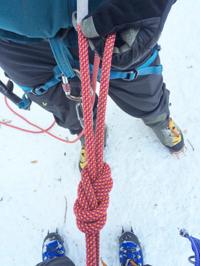 Bergstein rappels down ice at the North End of Cathedral Ledge in North Conway after setting an anchor at the top of the climbing route.

I’m staring at the ice a few inches from my face, trying to determine my next move.

Will that small pocket a couple of feet above me hold the pick of my ice axe? Can I reach it? If I move this way, will I be able to kick my crampon-clad boot into that tiny notch in the ice? How high off the ground am I, anyway?

Lucky for me, Todd Bergstein is standing about 20 feet below, belaying me in my first foray into ice climbing. Bergstein, a guide for North Conway-based International Mountain Climbing School (IMCS), is keeping a keen eye on my every move. If I slip even a tiny bit, I feel the rope fastened to my climbing harness tighten reassuringly.

Bergstein has led me to the North End of Cathedral Ledge in Echo Lake State Park. It’s only a few minutes’ drive from bustling downtown North Conway, but it’s nearly silent when we arrive at mid-morning.

Tall white pines, hemlocks, and a few old birch trees rise around the small section of cliff face. The only sounds are the crunch of an occasional snowshoer passing by on the well-packed trail, the monotonous, nasally call of a nuthatch, and the high-pitched chatter of a pair of bickering red squirrels.

On the short walk in from where we’d parked on the road, Bergstein had incorporated a few Climbing 101 lessons: turn toes out slightly when walking in crampons, carry your axe in the uphill hand when you’re ascending or descending, use the cross-stepping “French technique” to save energy as you approach a climb site.

Bergstein completed his climbing and guiding training in Alaska and Patagonia, but he’s happily landed in the White Mountains at the highly regarded IMCS. Even if I hadn’t been excited to try ice climbing, I think his enthusiasm would have made me love it.

As he headed around and up to the top of the North End, I took in the ice-covered cliff before me. At one end hung thick, jagged icicles, as long as I am tall, yellowed from the minerals in the rock face.

The rest of the small cliff was covered in mottled ice of various hues and depths. In some places large chunks had broken off. In others, water dripped slowly from the jagged edges. I questioned whether such variable ice could hold a person, but Bergstein assured me it would be fine.

With anchor set at the top of the climb, Bergstein rappelled down the face to where I waited. He showed me how to secure the rope to my harness, explained how the belay would work, and reviewed how to swing an ice axe and kick the points of my crampons into the ice.

During my first trip up the ice, I was a bit hesitant, but I soon figured out the feel of a good purchase of pick and points into frozen water.

From below, Bergstein shouted encouragement and instruction — swing your axe higher, keep your hips in, heels down. I reached the top and looked down, thrilled to be at the height of what had seemed a daunting, frozen bluff.

The second time, I climbed with more confidence.

Then Bergstein moved the anchor a bit to a steeper section — surprising, since I’d already felt as if I were ascending straight up — and I took a third turn. It was a bit more difficult, but every bit as fun. And then it was time to head back to ICMS headquarters.

It takes a special kind of person to guide beginners in anything, especially outdoor endeavors involving so many variables. This is what the pros at ICMS do, leading classes and excursions from ice climbing to avalanche training, to winter traverses of the Presidential Mountains.

Ice Fest offers an array of climbing workshops, for everyone from never-evers to seasoned climbers, and evening presentations by some of the top climbers in the United States and beyond. Saturday’s featured speaker is renowned climber Raphael Slawinski of Canada.

“People get to go out climbing with people they read about in magazines,” Bergstein said.

For information about Ice Fest, visit www.mwv-icefest.com. To learn more about ICMS and the programs offered, go to www.ime-usa.com/imcs.