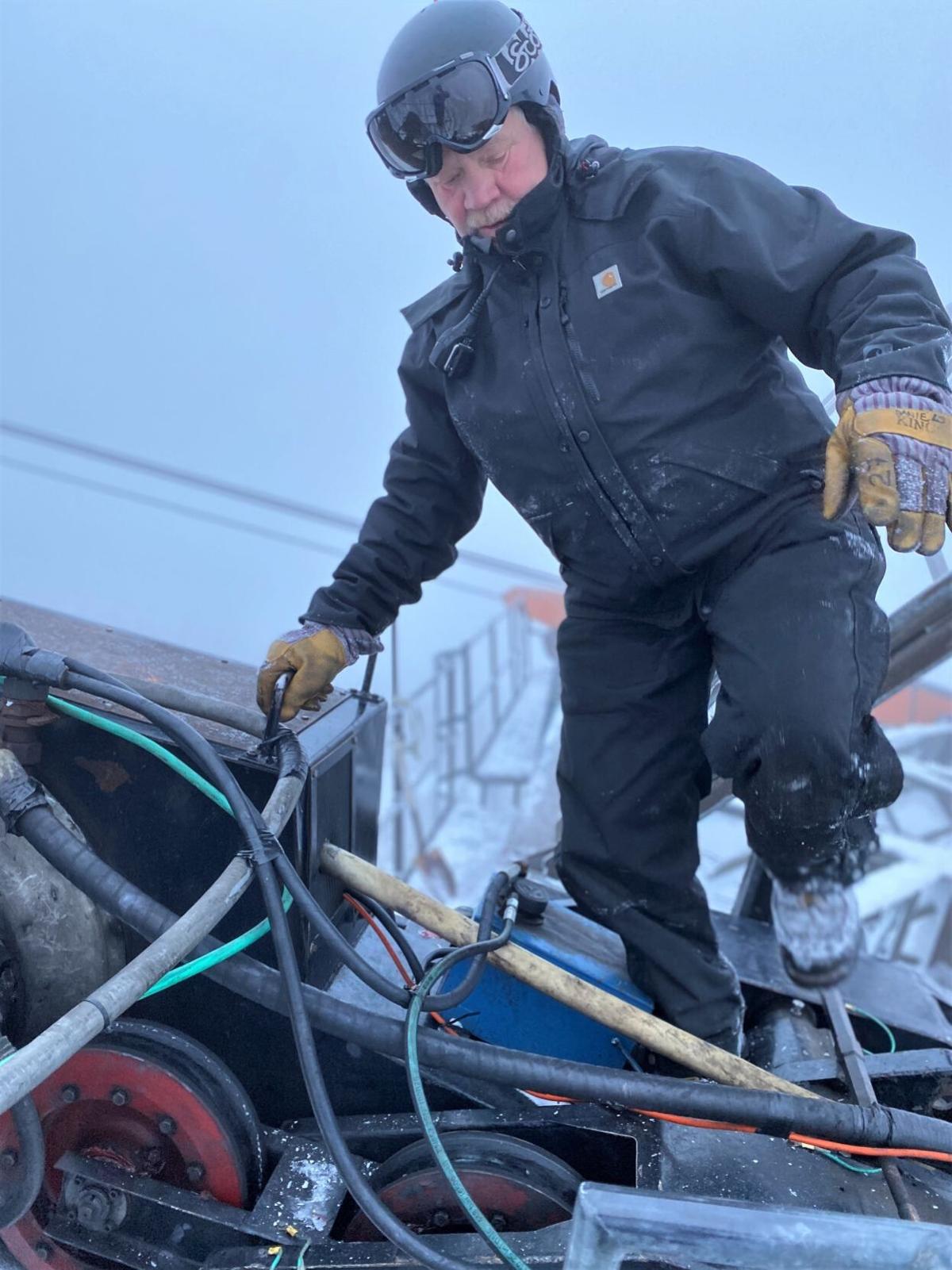 Bob Daniels steps nimbly back onto the top of Tram Car 1 at Cannon Mountain after checking a tower on the morning inspection run. 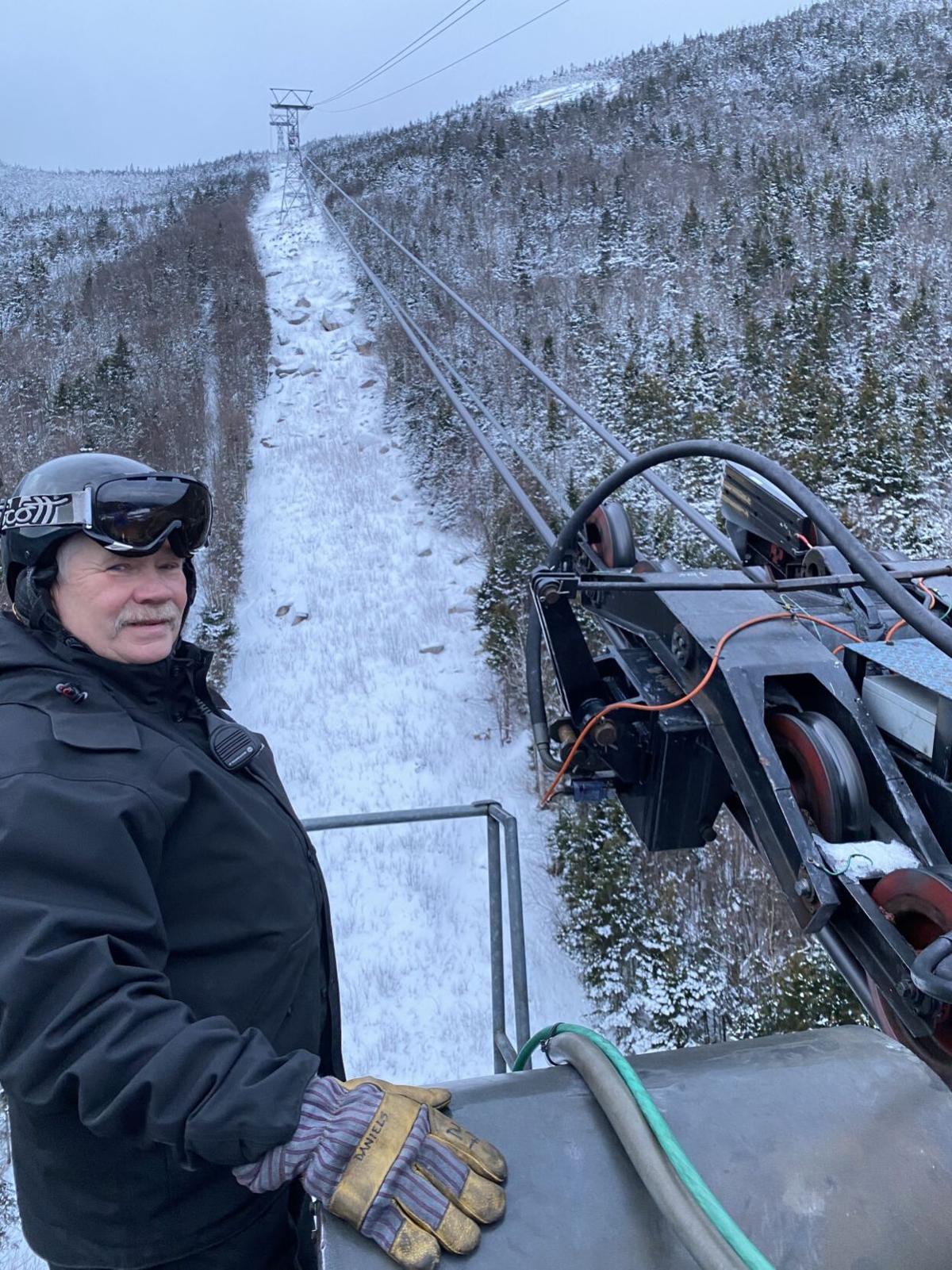 Earlier this month, columnist Meghan McCarthy McPhaul got a unique look at her home mountain when she rode to the summit of Cannon with Lift Maintenance Supervisor Bob Daniels (above) atop one of the aerial tramway’s two cars for an early morning inspection run. 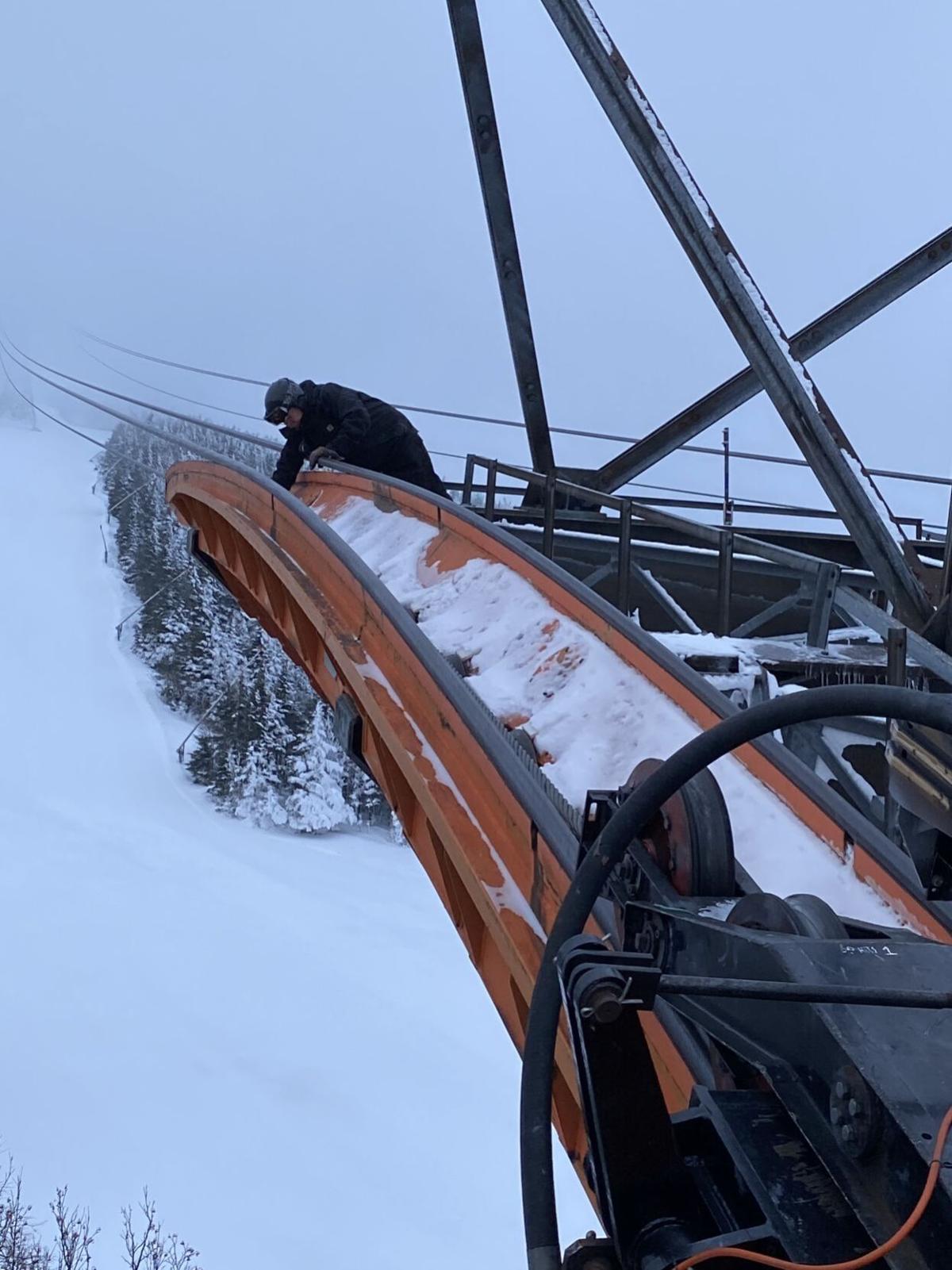 The view from the top of Tower 2 of Cannon Mountain’s Aerial Tramway reveals includes Eagle Cliff and Echo Lake, with the DJ’s Tramline trail running far below the tram cables. 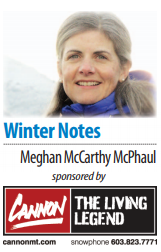 At an hour when most skiers are sipping their pre-ski day coffee and watching the tail end of a sunrise from the coziness of home, lift mechanics at ski areas already are on the hills, making sure the T-bars, chairlifts, gondolas and tramways are running smoothly, ready to carry their load of snow-sliders for the day.

One of these is Bob Daniels, who spent several summers working for lift-maker Doppelmayr (and ski-patrolling during winters) before taking a job as a full-time lift mechanic at Cannon Mountain 25 years ago.

Now the lift maintenance supervisor, he is part of a crew of four lift mechanics at Cannon, charged with keeping everything from the magic carpet to the state’s only aerial tramway in running order.

“The tram is different than every other lift,” he said.

Originally installed in 1938 and replaced in 1980, the lift requires more of a daily hands-on approach than most others. Every morning a lift mechanic climbs into the “carriage” above the tram, atop the long arm that holds it to the cable, and rides from valley station to mountain station, checking bolts and sheaves, cables and bearings and making sure everything looks, sounds and moves the way it should.

Last weekend, I tagged along with Daniels for the morning run, holding on to the railing of the carriage, about 150 feet above the ground, as Tram Car 1 (a.k.a. “Mustard”) made its first ascent of the day.

“This is a nice day,” Daniels said, as we climbed slowly through the calm morning, the sky gray but not without precipitation, the temp around 20 degrees and only a slight breeze to pink our cheeks. “Sometimes you’re up here and the wind is blowing and it’s snowing sideways.”

I’ve spent a good bit of time on Cannon, and I’ve been buffeted by gusty winds, bundled up against below-zero temps and had my face pelted by “mixed precipitation.” On those days, the tram provides a brief respite from the elements. I can’t imagine what it must be like standing atop the tram, rather than within it, in wilder mountain weather.

But this early morning I stood back and took in the view — craggy Eagle Cliff across Franconia Notch, Mount Lafayette cloaked in clouds, Echo Lake below with its ice painted by windblown snow. Some of my favorite ski trails, which seemed far below from my loftier-than-usual vantage point, twisted downward toward the base area.

At each of the tramway’s three towers, Daniels used his radio to ask the operator in the valley station to slow and stop the car. He climbed out of the carriage, nimbly crossed the roof of the tram car and took the catwalk to the far side of the tower, proceeding through a mental checklist before crossing back over and onto the carriage.

As we approached the mountain station, now ensconced in a cloud, he told me to watch my head as we docked, lest I hit the sloping roof. We climbed down from the tram, we descended a series of ladders and returned to familiar territory. We made the descent inside Tram Car 1, waving to the ski patrollers passing us on their morning ride up the mountain.

There was still more than an hour left before the ski area opened for the day. Daniels and his crew would make the rounds, checking the other lifts, problem-solving as issues arose, staying mostly out of sight — which is how they like it.

“We’re usually the first ones on the hill in the morning and last off in the afternoon,” he said. “If you don’t see us, it’s a good day.”