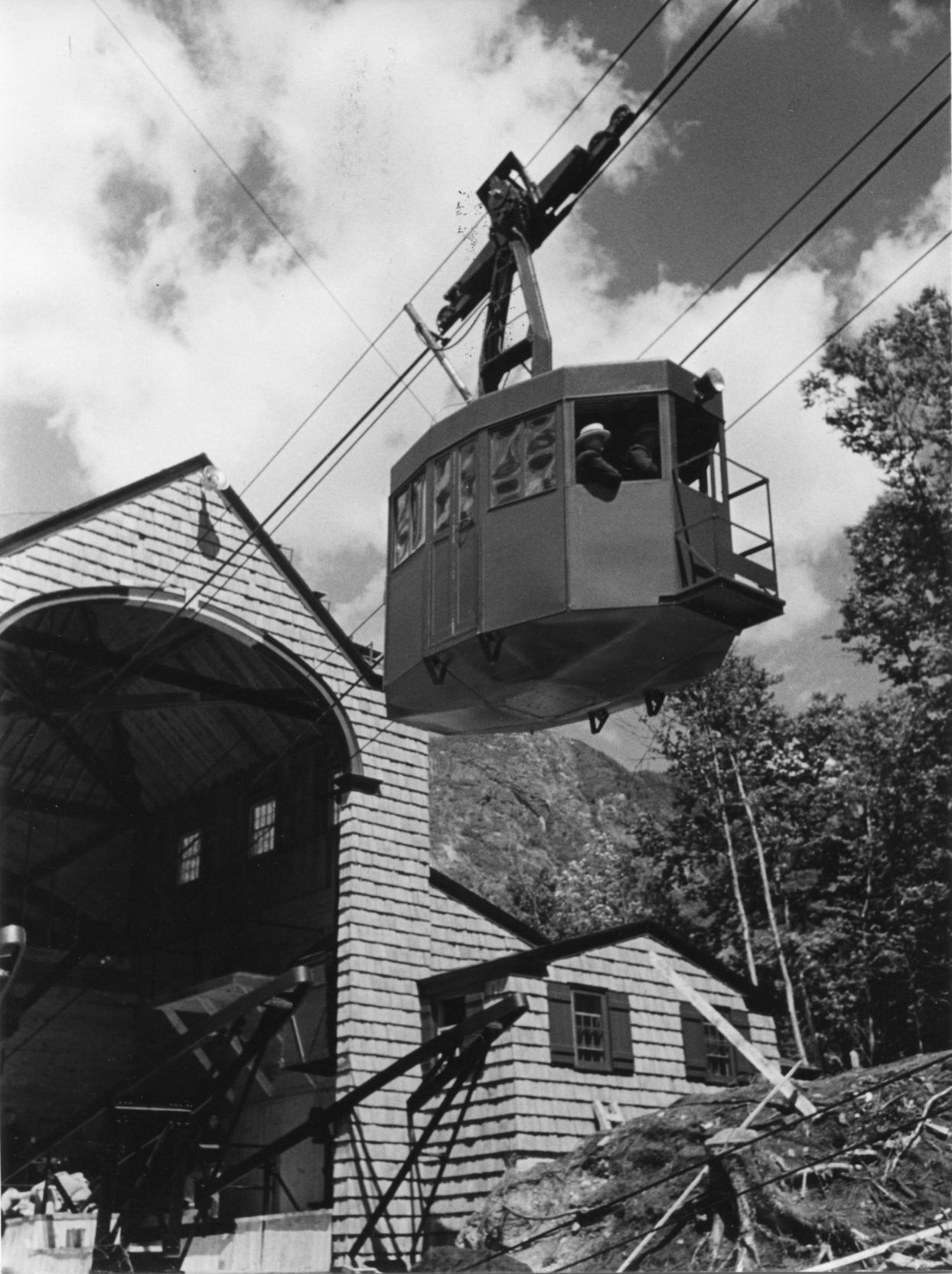 An image from 1938 shows sightseers riding up Cannon’s original aerial tramway, the first of its kind built in North America. 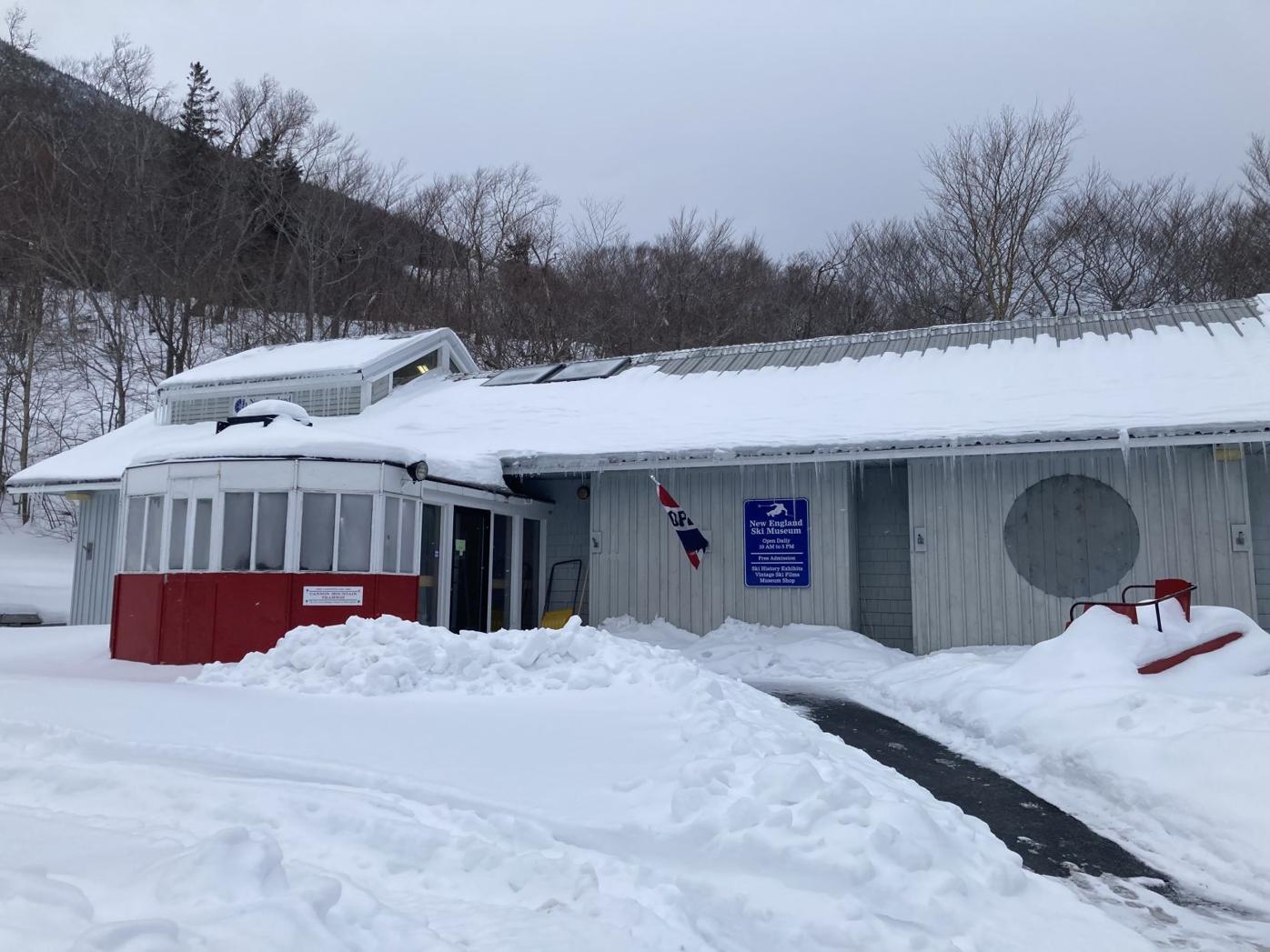 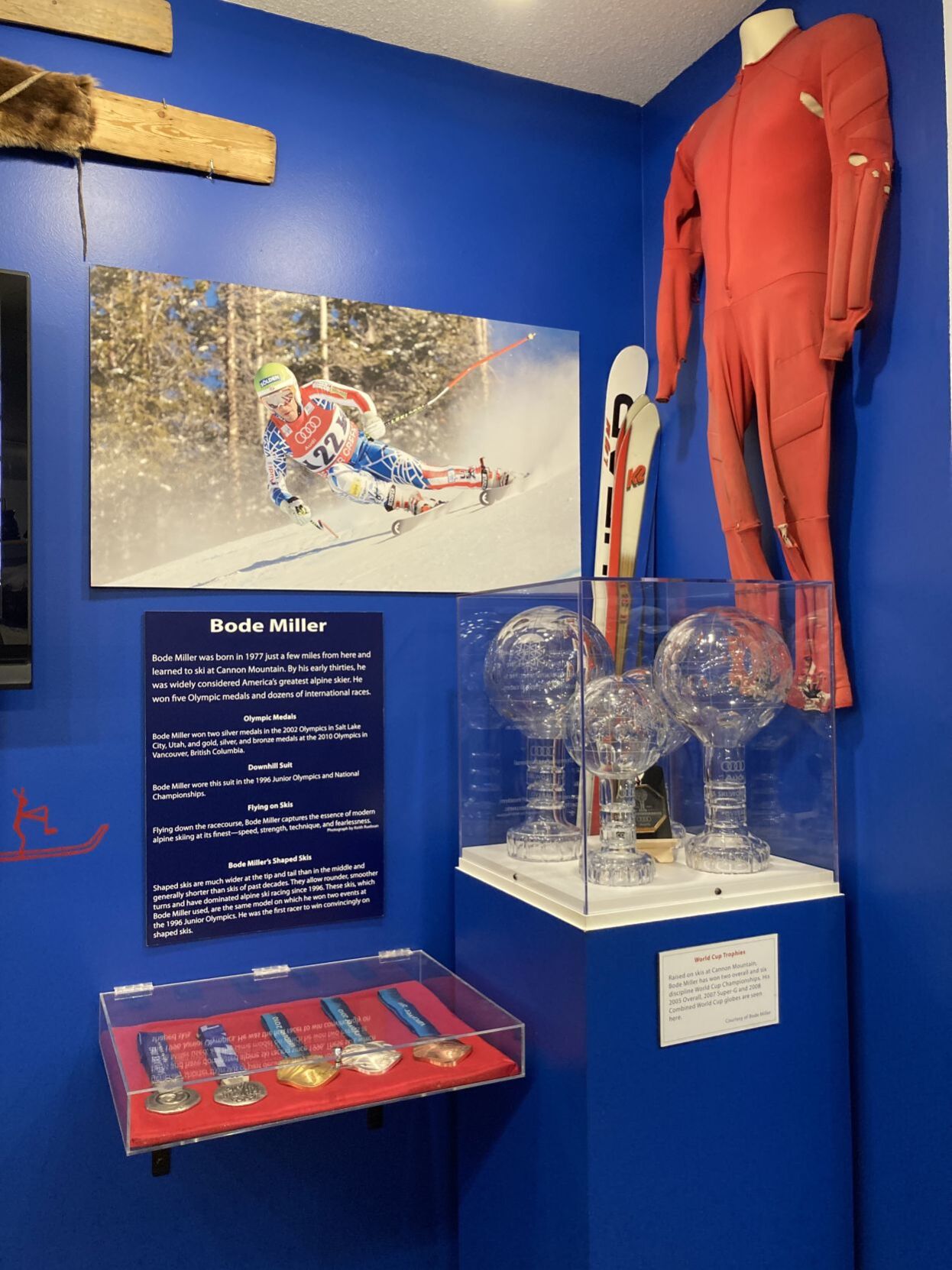 On display at the museum are artifacts from Franconia native Bode Miller’s career, including Olympic medals, World Cup trophies, and a downhill suit Miller wore at the 1996 Junior Olympics. 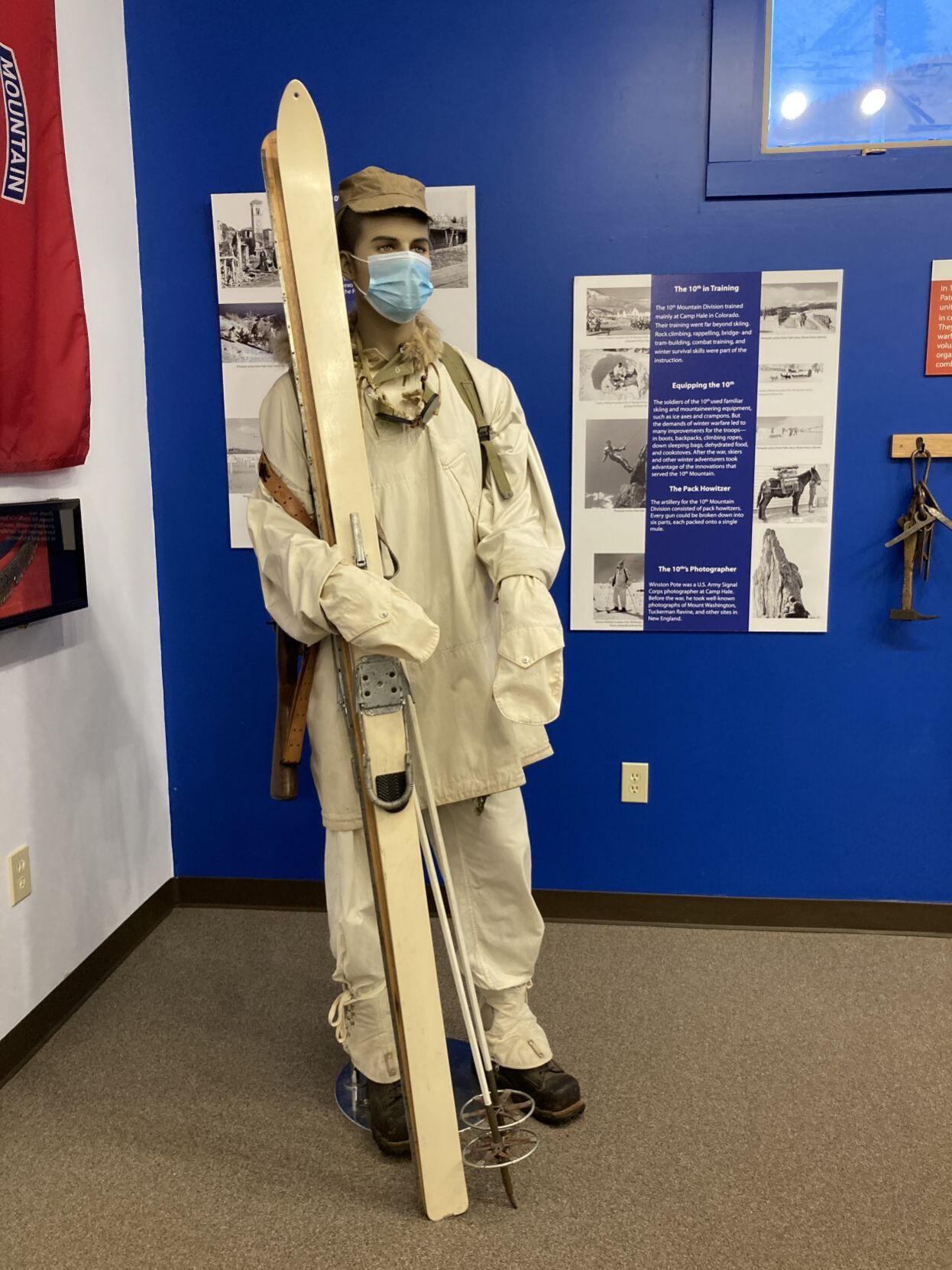 A mannequin at the museum is dressed in the snow gear of a 10th Mountain Division infantryman of World War II. The mask is a modern touch. 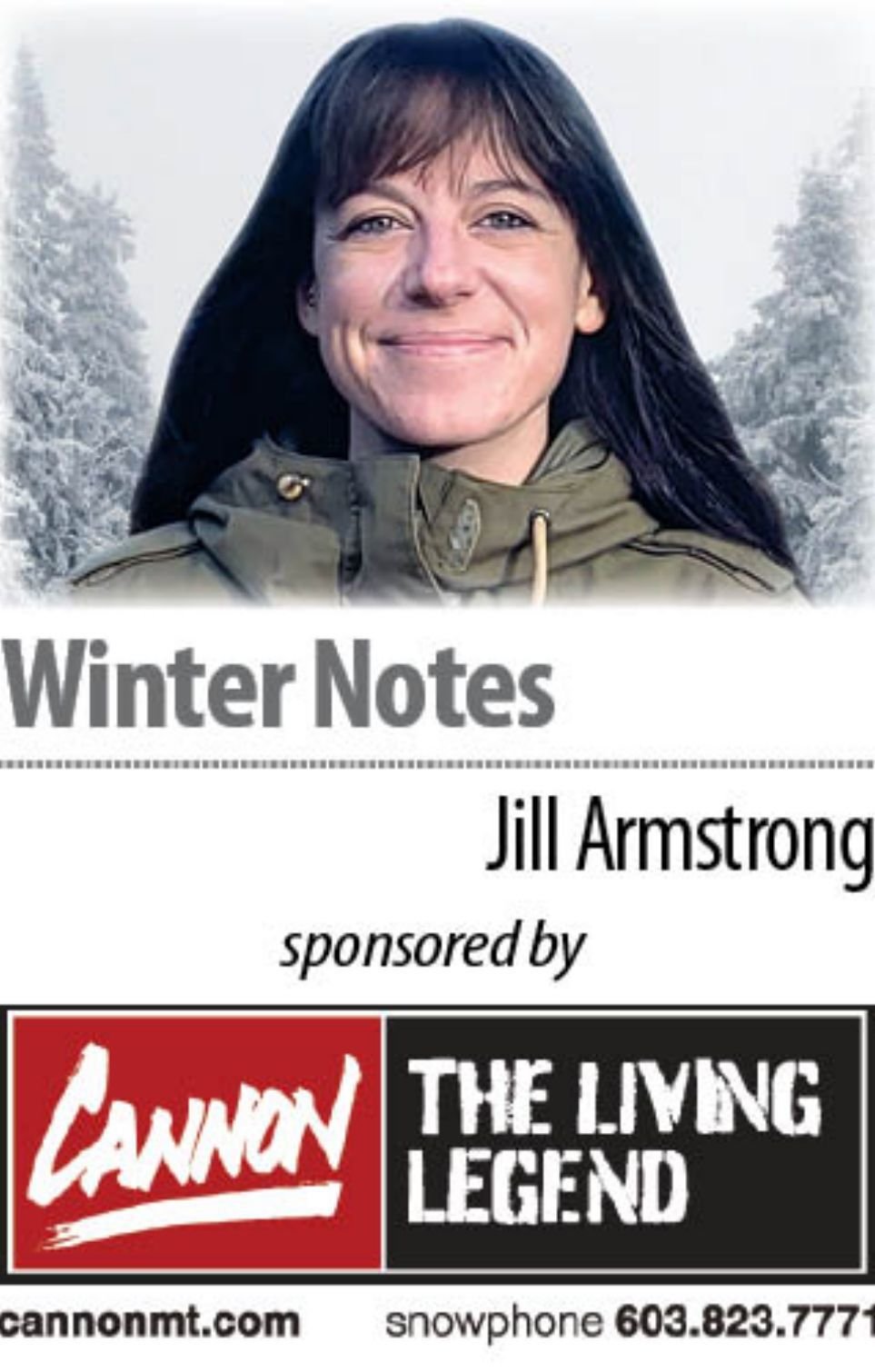 That past is preserved at the New England Ski Museum, an unassuming building tucked away at the base of Cannon’s famed aerial tramway.

A member-supported nonprofit organization, the museum boasts an array of artifacts chronicling the region’s notable contributions to the winter sport.

Walking into the 1,000-square-foot Alex Bright Exhibit Hall (named after the Olympic skier who recognized the possibility of building an aerial tramway on Cannon in the 1930s), patrons are transported to another era of skiing.

This year’s annual exhibit, “Ski Photographers in the White Mountains,” features the work of four notable photographers and captures the ski scene from the 1920s through the 1970s in black-and-white on a paneled display.

In one image, pioneer Sig Buchmayr launches himself, shirtless, into Tuckerman Ravine, as he performs his signature jump. The Austrian-born Buchmayr is credited with establishing the first ski school in America, bringing the Arlberg technique to the illustrious resort Peckett’s on Sugar Hill.

Jeff Leich, the museum’s executive director, supplied anecdotes to match the photographs in the exhibit.

“History adds an element of interest,” he said, “and there’s such a great collection of imagery here that can trigger a lot of those memories or evoke the past.”

For Leich, understanding the history puts him in touch with those who came before.

Riding the aerial tramway today, for example, connects him with the first passengers who rode the original tram in 1938. This European-style technology, with the ability to transport skiers and tourists to the 4,080-foot summit of Cannon Mountain in minutes, was the first of its kind in America, truly transforming the ski scene in New Hampshire and beyond.

Those who ski and ride at Cannon today will recognize traces of the past. The Taft Slalom trail — a trail that dips from the summit down into the saddle toward Mittersill — follows the original slope of the first trail cut for downhill skiing in the East. Known originally as the Taft Trail, it once ran nearly 2 miles and descended approximately 1,800 vertical feet.

With such notable contributions to the world of skiing, it’s no wonder that Cannon has been home to famed skiers throughout the years. A household name for many winter enthusiasts, Bode Miller is one legend that is certain to come to mind. Some of the most dazzling artifacts in the museum are Miller’s gleaming Olympic medals and sparkling World Cup trophies.

But it’s an intangible connection to the past that makes Cannon such a remarkable place to ski. A feeling of pride born from generations who came before. An appreciation for what we can enjoy today. And the anticipation for days to come.