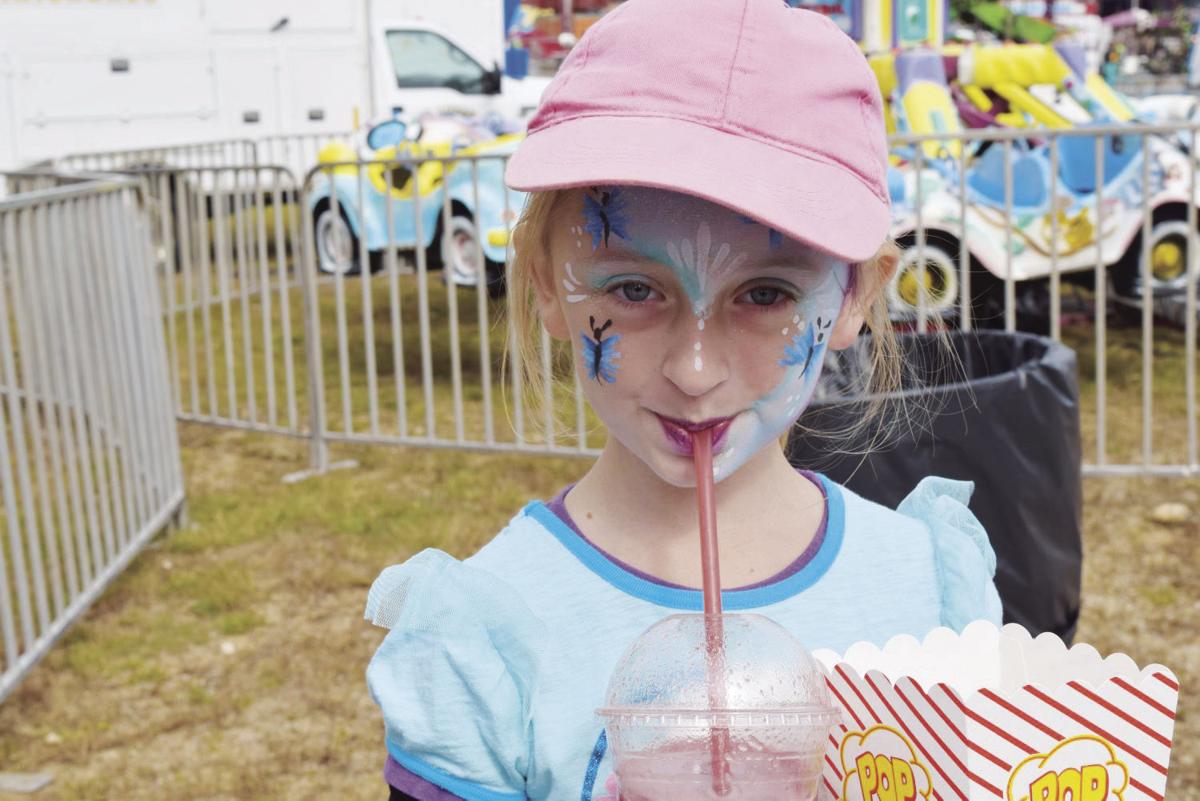 Bella Small, 6, sips her drink just after stepping off a ride as she enjoys the fair with her grandmother. 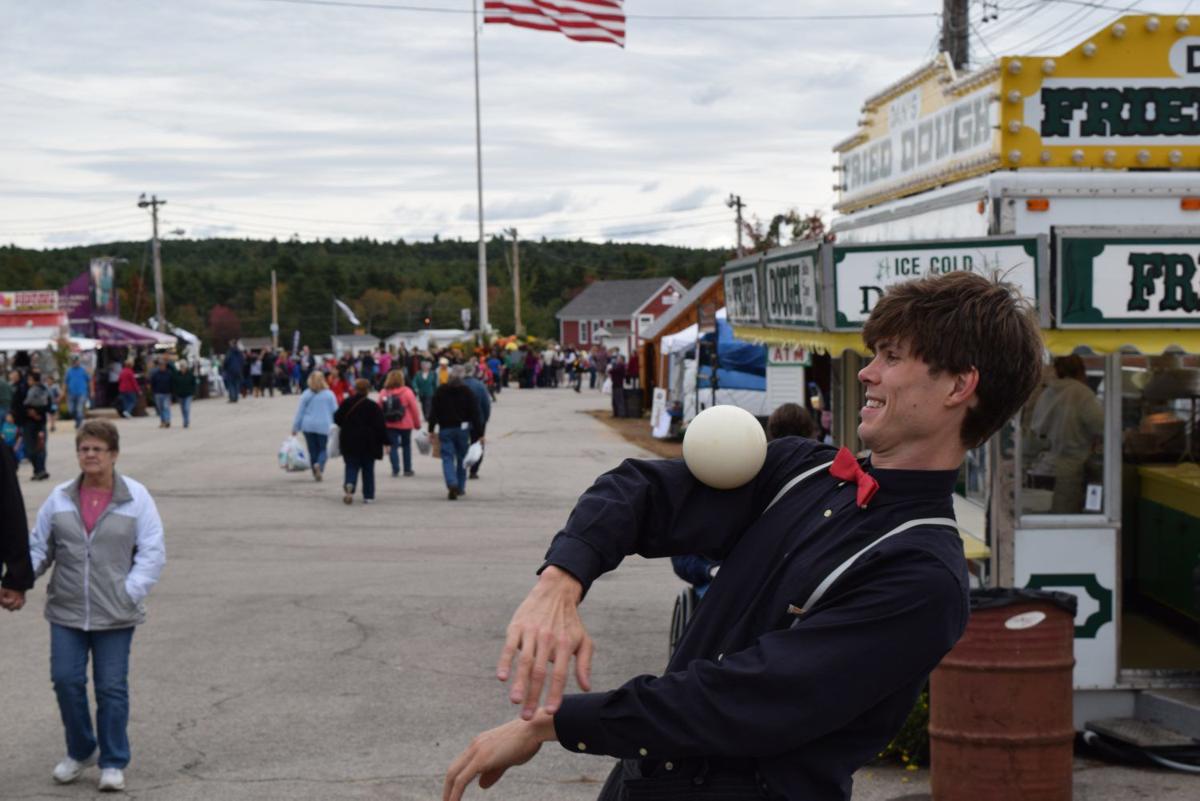 Trevor Pearson of the Suspenders Juggling Troupe shows off his skills Thursday at the Deerfield Fair.

Bella Small, 6, sips her drink just after stepping off a ride as she enjoys the fair with her grandmother.

Trevor Pearson of the Suspenders Juggling Troupe shows off his skills Thursday at the Deerfield Fair.

DEERFIELD — For Elise Demers, working at the Deerfield Fair runs in the blood. She’s been with the fair’s arts and crafts department for 15 years. That’s 11 years fewer than her mother. And her grandfather does the fair’s commercials.

“It’s a family affair — it’s a family fair,” Demers, 31, said Thursday, sitting in front of prize-winning paintings and photographs in the first few hours of the 139th annual fair.

The four-day event, which runs through Sunday, is New Hampshire’s oldest agricultural family fair and an early-autumn tradition for many in the region.

This year’s fair just missed Wednesday’s heavy rains, with dry skies forecast for the next few days and Hurricane Joaquin not due until next week, though fair organizers emphasized that there are a variety of things to do indoors even during inclement weather.

On Thursday, the festivities kicked off with an opening ceremony that highlighted the area’s agricultural roots and the importance of honoring and caring for local veterans. The Deerfield Community School chorus and band also performed multiple songs.

This year’s fair was dedicated to the memory of George Clark, a longtime Deerfield fire chief and former fair director who died in February at age 86.

Gov. Maggie Hassan said the fair “really provides a wonderful showcase for local products and food and agriculture.” She noted that the fair has become a tourist attraction and boon to local businesses, adding that the state is expecting to pull in 660,000 out-of-state visitors and more than $97 million in tourism revenue over the Columbus Day weekend.

The sprawling complex of vendors, tents, stages, rides and performances has events scheduled at every hour and footpaths snaking in every direction. But the cornucopia of offerings also retains a community feel: Many attendees said they looked forward most to seeing familiar faces.

Those faces can sometimes be hard to find amid the masses. David O’Neal, president of the Deerfield Fair board of directors, said organizers are hoping for about 120,000 attendees over the four days, which would be in line with the average of the past three years.

Despite a brief controversy over the summer about whether the fair’s electrical safety would be up to code, O’Neal said everything had been resolved and the fair had spent more than $300,000 on upgrades this year.

Such details were far from the minds of fair-goers, many of whom wandered around Thursday with broad smiles, bowls of French fries and warm memories of attending the fair for years or decades.

Barbara Sullivan, 73, used to run the Boy Scouts tent at the fair for many years, but this year she was just excited to return for her favorite snacks (Betsy’s Donuts, celebrating its 50th year) and paintings (by local Ted Nichols, one of which was mounted on a wall with a large ribbon).

Clad in a Boston Red Sox jacket and inhaling cotton candy as he waited for a concert to start, Shawn McGuire, 8, reflected that his favorite part so far had been the animals — specifically the cows.

What did he like about the cows? “That they’re soft,” he said.

Across the fairgrounds there were nods to New Hampshire’s rural heritage, including scarecrow competitions, wood-cutting demonstrations, antique tractor displays, livestock and petting zoos.

Attractions still to come in the jam-packed schedule include the Miss Deerfield Fair Pageant on Friday at 7 p.m. and the truck pull on Saturday at 7 p.m.

For Greg Saffie of Saffie’s Bakery, it was nice to be back selling whoopie pies in one of the concession buildings after a two-year absence from the fair.

“Nothing like a good New Hampshire family fair,” he said.